Topaz - The Greatest Gem In The Universe 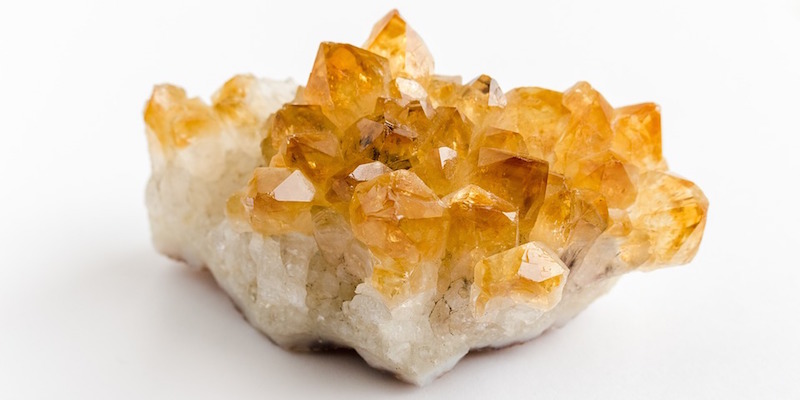 Topaz gemstone can be seen in different types of colors and sizes. It is a type of quartz crystal that is known for its beautiful colors and clarity. Topaz is a gemstone that has been around for thousands of years. It was used as an ornament in ancient Egypt, Greece, and Rome, among other places. This gemstone is still popular today, and those who wear it are said to be more fashionist and to be blessed as well.

It is treated as the most powerful and greatest gemstone in the universe because of its rarity and the power of producing different colors that imitates the unique color of other gemstones around.

A fluoro-silicate of aluminum called topaz usually doesn't have any color. But it can be white or yellow, or have a light shade of gray or blue, or be blue, orange, brown, green, or pink. It isn't always the impurities in the crystal that give topaz its color.

Myths Of Topaz Symbolism And The Iconography Behind It

The topaz is a gemstone that represents the third eye, which is a crucial aspect for many people in ancient times many spiritual activities. It is also possible that the topaz represents the stone that led Buddha to enlightenment while he was meditating under its light. Topaz is related to the color yellow and is considered to be a sign of the sun, It is sometimes referred to as a "stone of good wealth".

Topaz is also no longer limited to jewelry creation. It can also be used in fashion design and interior design to produce a refined and sophisticated appearance.

All of these myths are kept by the people and they believe that when they do things exactly how it was used before, they will be blessed by Buddha. Most people might think of how beautiful this stone is. For you to imagine how good is this, think of something that reminds you how strong you are. Yes, think now because what you think right now is the reason why is it called the greatest gem of all time is because it is believed as the source of the courage to do something extraordinary.

As the greatest stone of all, it is also believed to help a person with liver problems and anemia. It also helps with memory loss, chronic insomnia, and sleep problems. Also, a Topaz gemstone helps with fever, appetite, cold, cough, and indigestion. As it soothes the wearer's mind, it cures mental disorders, suicidal tendencies, and nervous breakdowns, as well as makes them feel better.

Lots of students are dealing with these problems nowadays, it is also recommended by some to use whenever you are in school or at home to avoid the stress and do things according to what is right and make a success under the stress.

And if you use it, they said it has even more benefits like soothing, healing, and re-motivate. It is also said to give the person who wears it strength and loyalty as well as beauty, protection, and healing. "Gold lover", Topaz is also called this because it is used to bring wealth and money to the person who uses it every day.

How Do You Identify Topaz Stone?

You can tell if something is real by putting it on a piece of white cloth that is facing the sun. A dark yellow light will appear on the back of the handkerchief after a while, which means it is real. If the topaz isn't real, this light will look very dim or not at all.

Sometimes, it is also hard to define the difference between the topaz and citrine because they both have the same usual color, which is yellow. So it is important to know this. You can't exchange the other one.

The Difference Between Topaz And Citrine

Citrine is part of the quartz family, but topaz is not. Topaz is a mineral in the silicate family, not quartz. Until these differences were clear, many cultures called citrine (the yellow form of quartz) by other names, such as gold topaz or Spanish topaz. This added to the confusion. 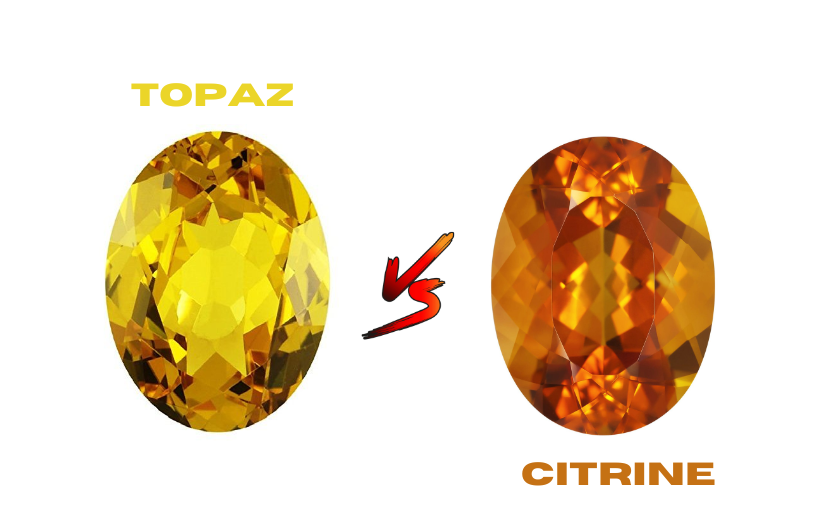 Difference between the Citrine and Topaz

It can be hard to tell them apart because just like what I've stated, the Topaz's most common color, which ranges from golden brown to yellow, looks a lot like the Citrine. But the Citrine stone is a Quartz gem, which means it has a glassy luster and curved shards, unlike Topaz, which has a smooth basal cleavage. This makes it easier to tell the two apart.

Despite the fact that high-quality topaz costs more than citrine, Citric acid, on the other hand, is less expensive than topaz, but it's not any less valuable. This beautiful stone has been very popular for a long time. However, when talking about the best of the best, Topaz stands out and is more ahead than the Citrine stone. But of course, don't think of it like a Diamond that has a perfect 10 on the Mohs scale that can't be wrecked.

Can Topaz Be Worn Every Day?

A stone that's strong like Topaz and the greatest stone of the universe can be worn every day. However, it can also be hurt by hard blows or strikes. In some cases, the stone may start to lose its color if it is exposed to certain types of heat or sunlight for a long time. It will need to be taken care of and kept clean.

Conclusion - Use It Now!

There are many ways to use Topaz Stone in jewelry and design. There are rings, earrings, and necklaces with it, too, so you can see it all the time. It can also be used as an accent stone to add a little color to your designs or jewelry.

Topaz is not an expensive stone yet not cheap, it can be bought for less than $20 per carat!