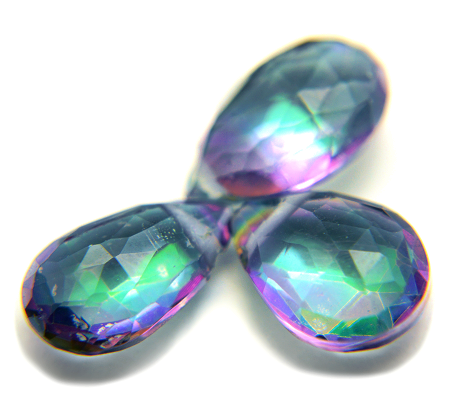 Mystic topaz is one of the great stones, when I first saw it, I was shocked by its combined or mixed colors! It feels like you are looking at a stone that imitates the appearance of a rainbow. Mystic Topaz is the right balance.

How Does Mystic Topaz Get Its Color?

Mystic Topaz is white topaz that has been coated with a thin layer of platinum using a physical vapor deposition (PVD) procedure. Mystic Topaz jewelry is created by applying an ultra-thin reflective coating to high-quality real white topaz, similar to the protective coating found on eyewear.

What Was Mystic Topaz's Importance In Ancient Civilizations?

Mystic topaz was first seen in September of 1998, at the Hong Kong Jewelry Fair. It took a long time for this amazing stone to become popular with the general public. Before mystic topaz is made into the bright stone that it is, it is a natural topaz gem.

And this is what people thought about topaz during the Renaissance in Europe: They thought that it could break spells and calm people down. Topaz was a sacred stone in Hinduism, and they thought that wearing a pendant would bring wisdom and long life to people. African shamans also thought the gemstone was sacred, so they used it in their healing rituals.

For many people in ancient times, they thought that mystic topaz helped people be honest and forgive each other. Topaz brings happiness, generosity, a lot of money, and good health. Love and good fortune are said to come from it. It relieves stress and makes you feel more relaxed. Topaz encourages honesty and openness, as well as self-realization and self-control.

Other Beliefs About The Stone 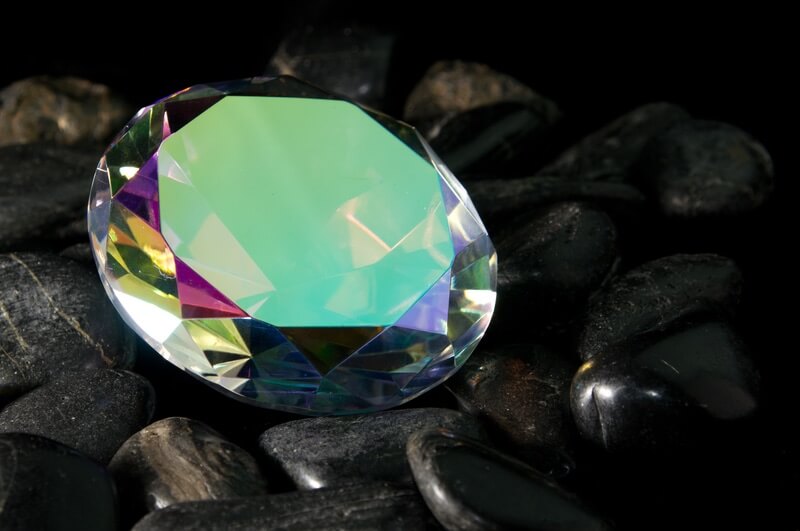 The round cut mystic topaz sits on top of black stones

How durable is Mystic Topaz? Mystic topaz is an 8 on the Mohs scale, which means it's a good choice for rings, pendants, and earrings. It's also a good choice for everyday wear. So, if you think about it, you might believe that one of the reasons why mystic topaz was so important to ancient people was because of its hardness and durability.

If you are going to ask me what in these two that I am going to believe in, I'd pick the second one. Since I also agree that this stone is truly hard that's why ancient people really kept it.

How Long Does Mystic Topaz Last?

If you treat mystic topaz right, it can last a long time. Topaz gemstones are more valuable in their natural form, even though they look better when they have been cut.

How Can You Tell If Your Mystic Topaz Is Real?

There are a few simple ways to tell a real topaz from quartz. The first thing to think about is how hard the thing is. One of the real stones will scratch glass, but quartz won't. A real topaz, on the other hand, is cool to touch and gets charged very quickly.

The Mysterious Meaning Behind The Name "Mystic"

What Makes This Stone So Special? 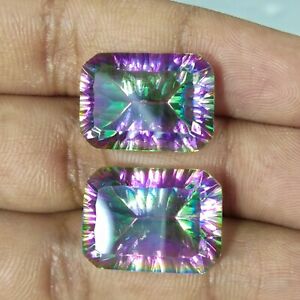 Mystic Topaz is one of the most beautiful stones in the world! It has been on the market since 1998. This stone looks like no other gem in the world because it has insane iridescent rainbow colors that make it look like a rainbow. It is beautiful, bright, sparkling, and brilliant all in one.

Personally, I love the appearance of Mystic Topaz. Compared to sapphires, or other precious gems, it is a cheap gem that still has a lot of "wow" in it. Mystic Topaz used to only come in one color, but now it comes in a wide range of colors. The more unusual colors can be hard to find, though. Most of the Mystic Topaz people are buying is made in the United States from white Topaz mined in Brazil.

This could be one of the most amazing stones I've seen so far. From its history to how it is used today, I'm left wondering what else this Mystic Topaz has to showcase. We reviewed the history of this stone and discovered how it was valued in ancient times. We should always read about mystic topaz in order to preserve its history.

Of course, not everyone in today's generation believes in the metaphysical properties of this stone, which is correct. Even people from the past did not prove it because it did not help them live longer life spans. Instead, you can wear it as jewelry and make the most of it by introducing it to the fashion industry.