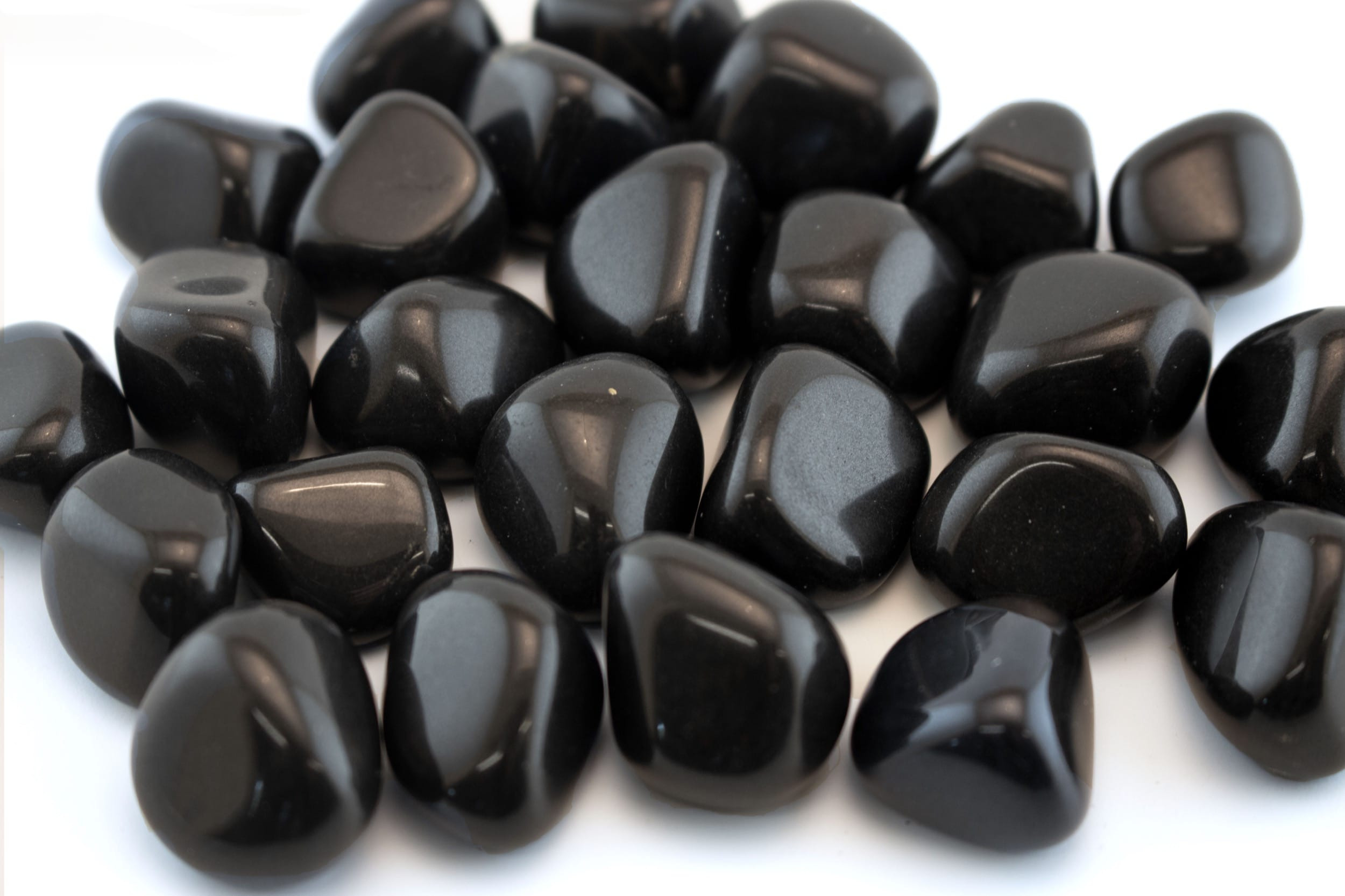 When it comes to birthstone popularity, black Onyx birthstone is probably one of them.

It is also one of the most intriguing stones you'll ever come across.

If you've ever considered adding the onyx stone to your crystal collection, you've probably come across some interesting information about the stone, its origins, and its applications.

This stone is shrouded in mystery and is said to possess unfathomable powers. 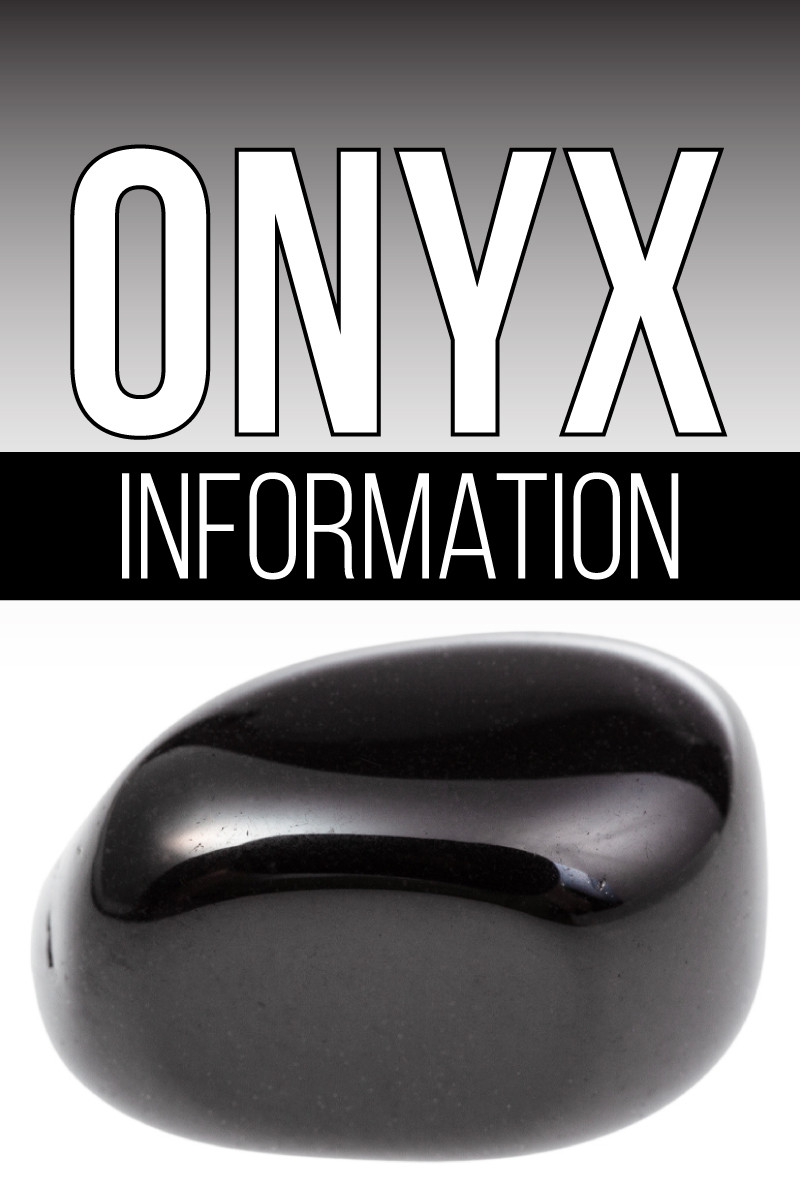 A black Onyx stone and the word information

The most well-known Greek mythical legend has Cupid/Amor, the god of love, using one of his arrows to cut his mother Venus's fingernails.

Her nails metamorphosed into Onyx as they fell from Mount Olympus into the sacred Indus river, as they were thought to be divine.

Onyx is a stone that is found in nature only rarely.

It is the banded variety of agate that is semiprecious and has white and black stripes alternating with each other.

It was used by the Romans for a variety of stones including alabaster, chalcedony, and what is now called onyx marble.

The name originates from the Greek word "onux", which means "nail" or "claw," referring to the color of the mineral.

Only the agate variety of the stone can legitimately be referred to as onyx.

There are also varieties such as sardonyx, which have bands of white and red.

Onyx, like the other chalcedonies, is formed when silica-rich waters percolate through cracks and fissures in other rocks.

This process takes place at low temperatures and results in the deposition of silica crystals.

The world's finest natural onyx is found in India and South America.

Because its layers can be cut to show a color contrast, onyx is a material that is frequently used for carved cameos and intaglios.

The onyx gemstone comes in a variety of colors, the most well-known of which is black.

Many people used to believe that the onyx gemstone was to blame for disagreements and conflict between friends.

Instead, the stone is now celebrated for its numerous positive qualities.

This black gem is beneficial for grounding and balancing yourself, as well as acting as a protective stone.

In addition, the onyx gemstone has a number of feng shui benefits.

Onyx is the birthstone for Leos and the 7th wedding anniversary gemstone. 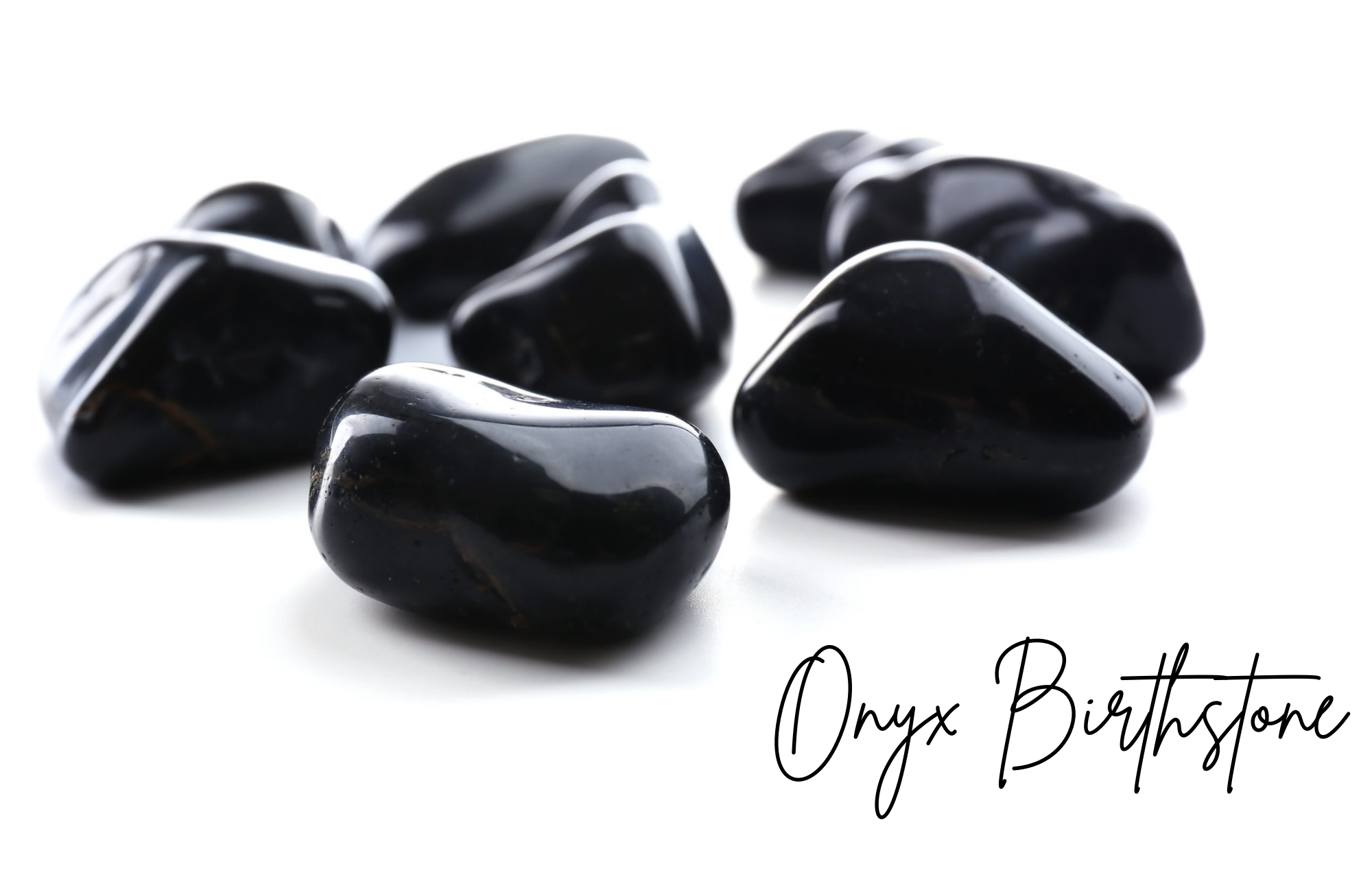 The anniversary gemstone for the tenth year of marriage is black onyx.

Onyx is a type of microcrystalline quartz known as chalcedony.

The title "Calcedon or Calchedon, an ancient port on the Sea of Marmara in Asia Minor, inspired the name Chalcedony.

Ornamental materials were once mined in that area, and it was a bustling trading hub for various stones. In the past, onyx was commonly used as bases and handles for gold items, as well as for stone inlay work.

Onyx seals were popular among the Romans, who carved the pattern in negative relief to create a raised point.

They frequently used stones with multiple layers of different colors, each of which was individually carved to produce a different pattern each year.

Originally, the name onyx was applied to a type of marble with white and yellow veins.

Because the veins resemble the colors of a fingernail, the Greek word for "claw" or "fingernail" is onyx.

The marble is still referred to as "onyx marble," despite the fact that it is less valuable and softer than onyx, which has a hardness rating of 7.

Onyx was also traditionally used in the "creation of cameo brooches."

The meaning of this stone has not altered over the centuries, despite the fact that the connotations associated with it may have shifted over time. 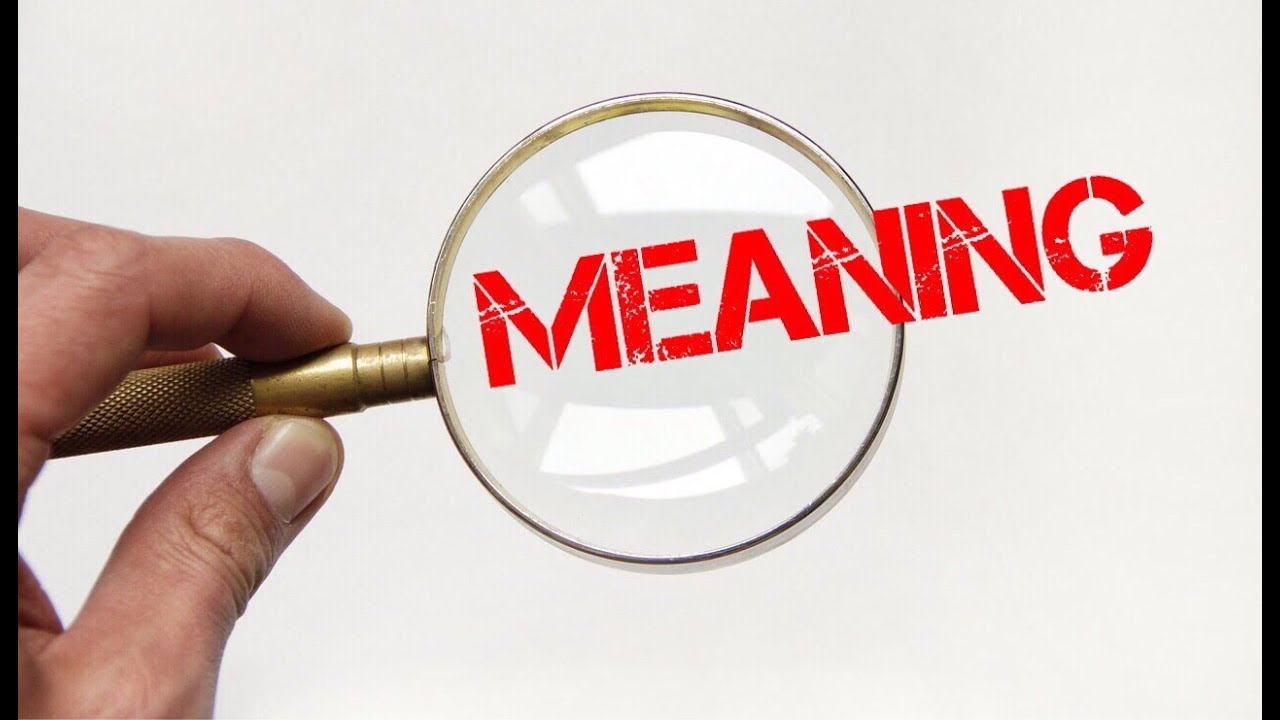 A hand with a magnifying glass with the word Meaning

Onyx is a powerful stone that bestows its owner with the qualities of protection, willpower, concentration, and strength upon whoever wears or carries it.

A lot of people think that the onyx is there to keep you motivated and to always push you forward in your life.

It opens up your third eye chakra in addition to stimulating your root and solar plexus chakras.

This can help us become more fully grounded to the earth and improve our ability to do so.

In addition to this, the onyx stone possesses the power to infuse you with a surge of vitality that will enable you to begin working toward realizing your ambitions.

And then, once you are on that path, to guard you as you make progress toward your objectives.

You will be able to shield your aura and prevent negative energies from attaching themselves to you if you carry or wear the onyx on a daily basis.

Onyx has been used as a source of protection for thousands of years already, and even today, it is still considered to be one of the most powerful protective stones that are known to man.

Many cultures revere black onyx for its inherent metaphysical properties and spiritual powers. 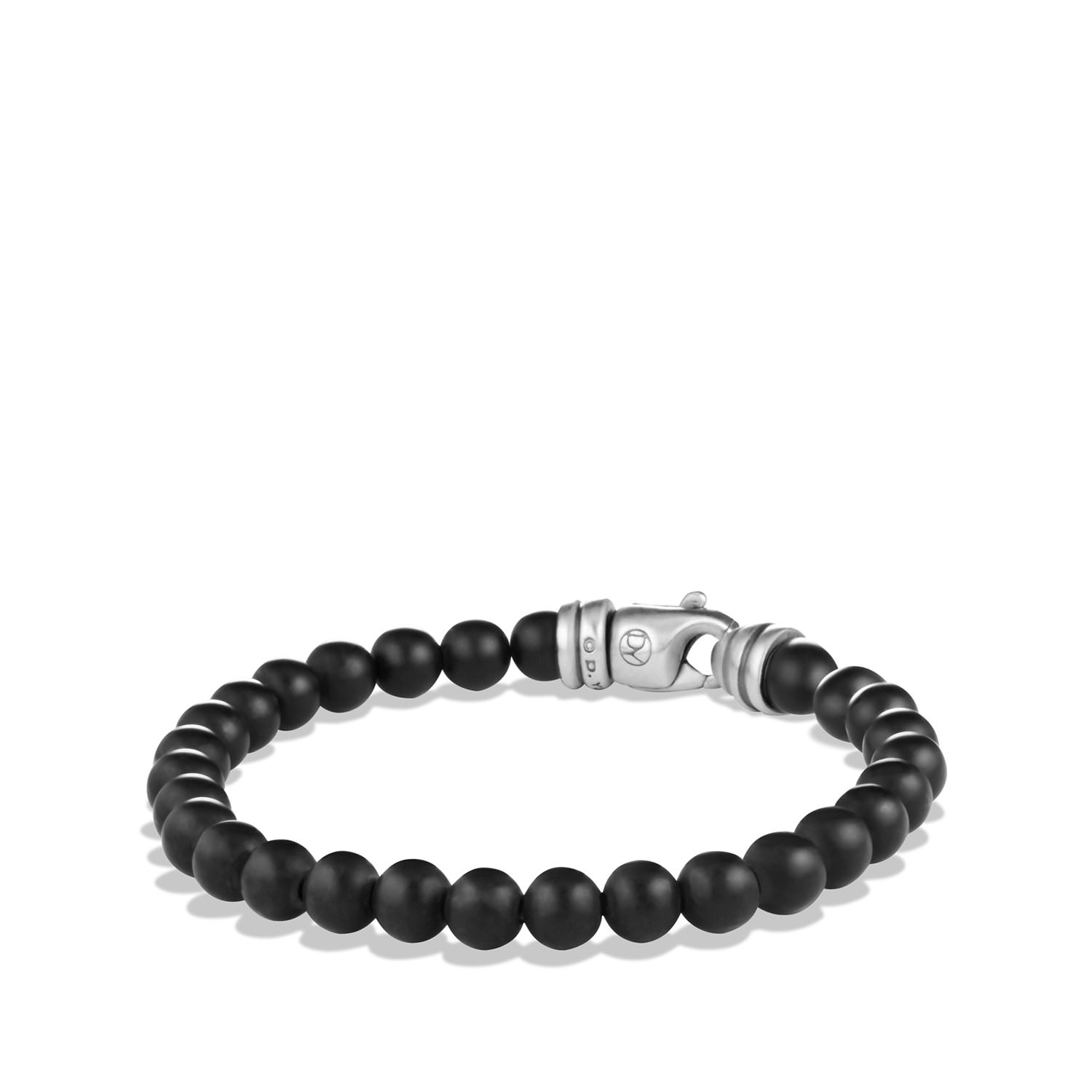 Onyx, a member of the chalcedony family and sometimes referred to as agate, is deeply ingrained in energy healing lore and practices all over the world.

Some people believe that black onyx is a harbinger of bad luck and that it can actually bring misfortune into your life.

This is mostly superstition, most likely caused by fear of onyx's seemingly surreal appearance.

Black onyx, like other gemstones used for energy healing, has a plethora of spiritual benefits that you may not have been aware of.

If you've ever wanted your own personal shield against negative energies or harmful vibrations from the people around you, now is the time to get some black onyx.

A man with headphones in the middle of the crowd

Allow us to explain. Because of its strong affinity with the earth, black onyx is a powerful grounding stone.

This means that the stone's primary or main power is absorbing negative energies and routing them to the earth, where they will be safely and harmlessly neutralized.

If you've never explored the spiritual realm before, this may all seem a little fanciful, but it's all true.

Energy healing with crystals has been practiced for hundreds of years, and both the East and West have unique ways of channeling energy to benefit the user.

When you wear black onyx jewelry, such as a bracelet, you basically have a ground connection to Mother Earth, which means that any unwanted energies you may have from other people (as a result of interacting with them) will be dealt with quickly and removed from your system.

This is beneficial to you because one of the leading causes of blocked chakras in people is interaction with negative people.

Negativity is never just a state of mind.

When someone is constantly negative towards you, whether in the way he or she talks to you or deals with you, you are absorbing that person's negative energy, which can definitely disrupt the delicate energy balance in your body.

Black onyx will repel negative energies while also putting a stop to your positive energies, preventing them from draining away even in the presence of negativity.

Black onyx is an excellent energy shield for anyone.

One of the primary advantages of gemstones such as black onyx is that they can directly help you regulate your emotions. 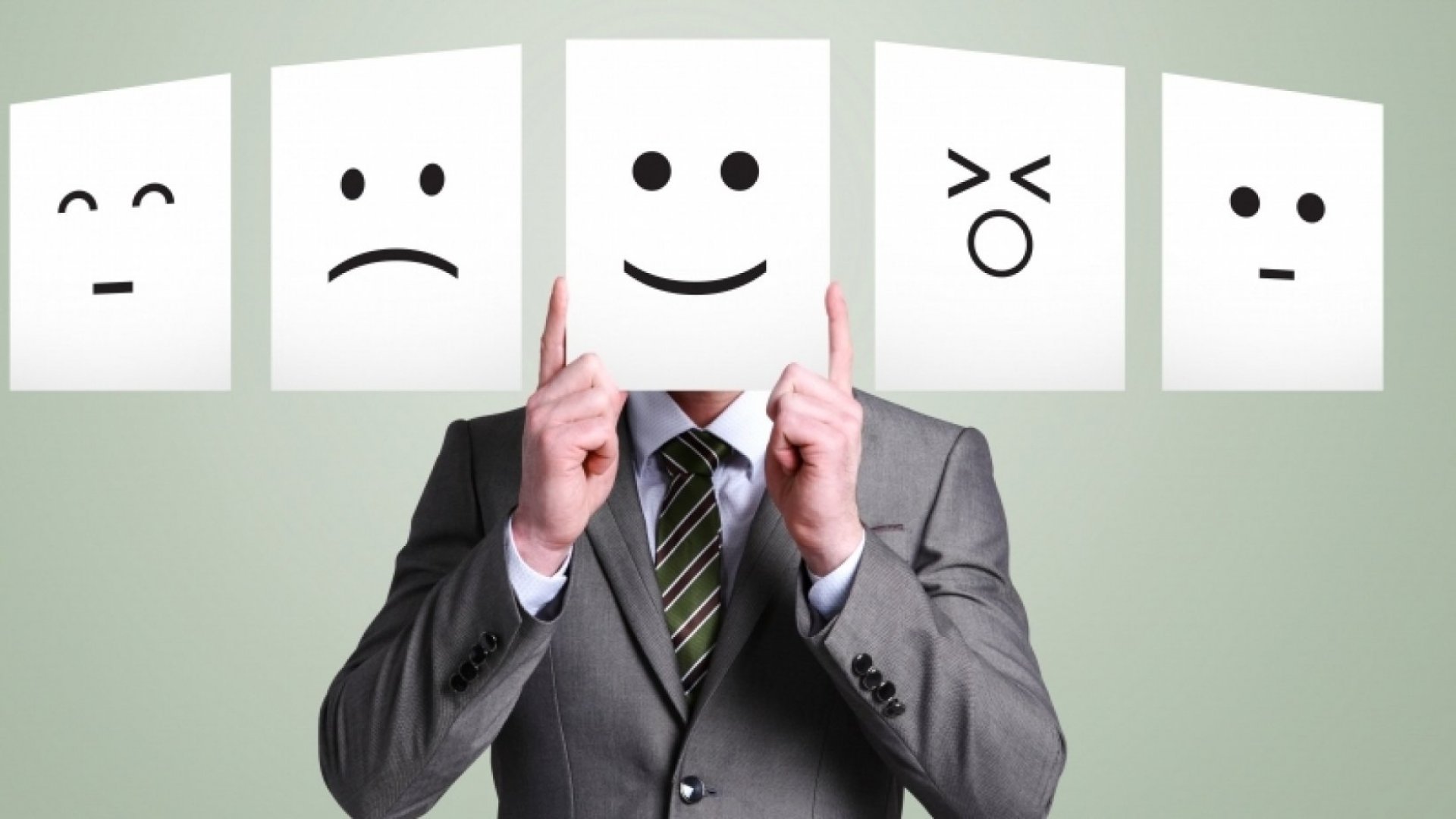 A man holding a paper with a smiling cartoon

When you think about it, emotions are a two-edged sword.

If you can manage your emotions, you will most likely have a very fruitful and rewarding life.

If, on the other hand, your emotions manage you, it can go either way.

Any excessive emotion can set off a chain reaction of bad or unfortunate events.

Use black onyx beads if you have difficulty managing your emotions.

It can help you stabilize your emotions so that negative emotions that can overpower your thoughts and actions can be more easily controlled.

This is true for feelings of anxiety, anger, sadness, and so on.

While these emotions are valid, and we do not deny that they are sometimes a natural part of some human events, people frequently struggle to control them from the start.

This struggle can lead to years of anger management problems, depression, chronic anxiety, and other problems.

Cleansing stones, such as black onyx, can help regulate these emotions by allowing excess energies to exit.

As a result, black onyx provides protection from both external and internal negativity.

When you cleanse with gemstones such as black onyx, you will notice an increase in your overall strength as a person.

We're not talking about physical strength (though that may happen if you're motivated to exercise), but rather inner fortitude and emotional strength that allows people to remain steadfast in the face of adversity.

Many spiritual practices involve meditation or focusing on the present moment in order to clear one's mind and connect with the source. 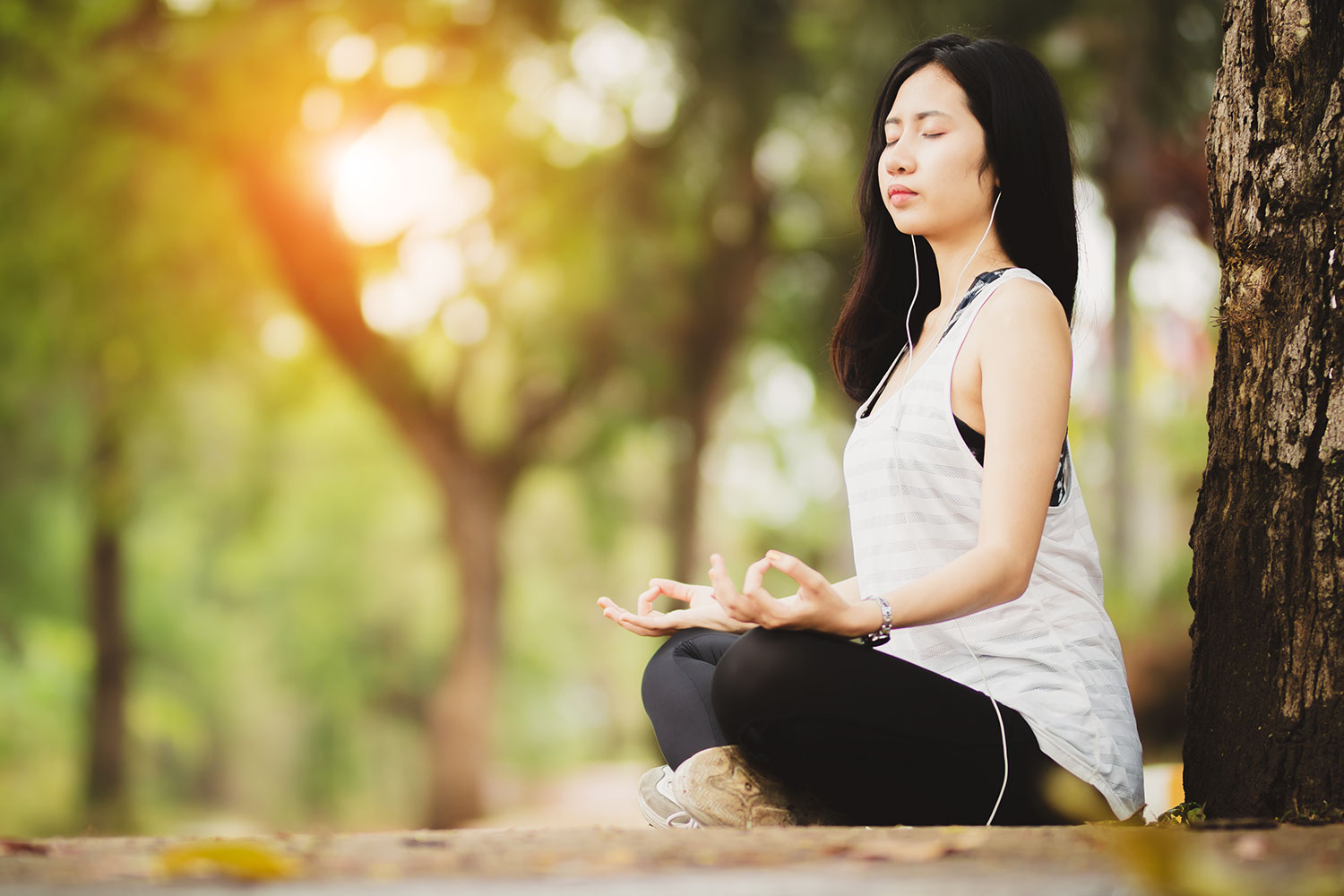 A woman with her earphones while meditating

Again, because of the nature of black onyx, it can help you refocus your spiritual energies so you can truly meditate without experiencing the common mental fog that people experience because their minds have become so preconditioned to be distracted or preoccupied with things that they are busy with all day such as family, work, chores, or even social media.

With black onyx, you can engage in spiritual practices such as Reiki healing, astral projection, lucid dreaming, chakra cleansing, and more, with the assistance of additional gemstones if necessary.

Overall, black onyx is an excellent starter gemstone, and it is not expensive, so you can use a variety of black onyx jewelry to begin your spiritual journey.

If you're wondering, how can you use black onyx beads to improve your meditation? Simply get into your most comfortable meditation position and channel all of your calm energy through your onyx beads.

You will notice a faint glow of energy emanating from your chakras and onyx beads.

As you enter a meditative state of mind, invoke peace of mind and quiet mind.

A meditative state of mind is completely calm and present-oriented.

What Is Black Onyx Good For?

Black onyx has a calming quality that can help with difficult emotions such as grief and anxiety. Black onyx also aids in the balance of yin and yang. It allows us to feel more centered, make wise decisions, and get to the bottom of problems.

What Does Black Onyx Symbolize?

Onyx symbolism is rife with associations to bad luck. El jaza, which means "sadness" in Arabic, is the name given to black onyx. According to an 1875 manuscript, slaves and menial servants mined onyx in China. Nobody would willingly touch or own this gem for fear of having bad dreams, misfortune, or energy loss.

What Does Black Onyx Protect From?

Black Onyx is a master of good fortune and is frequently used as an amulet against negative energy. All black stones have powerful healing properties, especially when it comes to protection and shielding you from harm.

The onyx stone is one of the most important black gemstones for your spiritual and meditative practices because of the power it possesses.

As such, it should be well taken care of and treated with dignity.