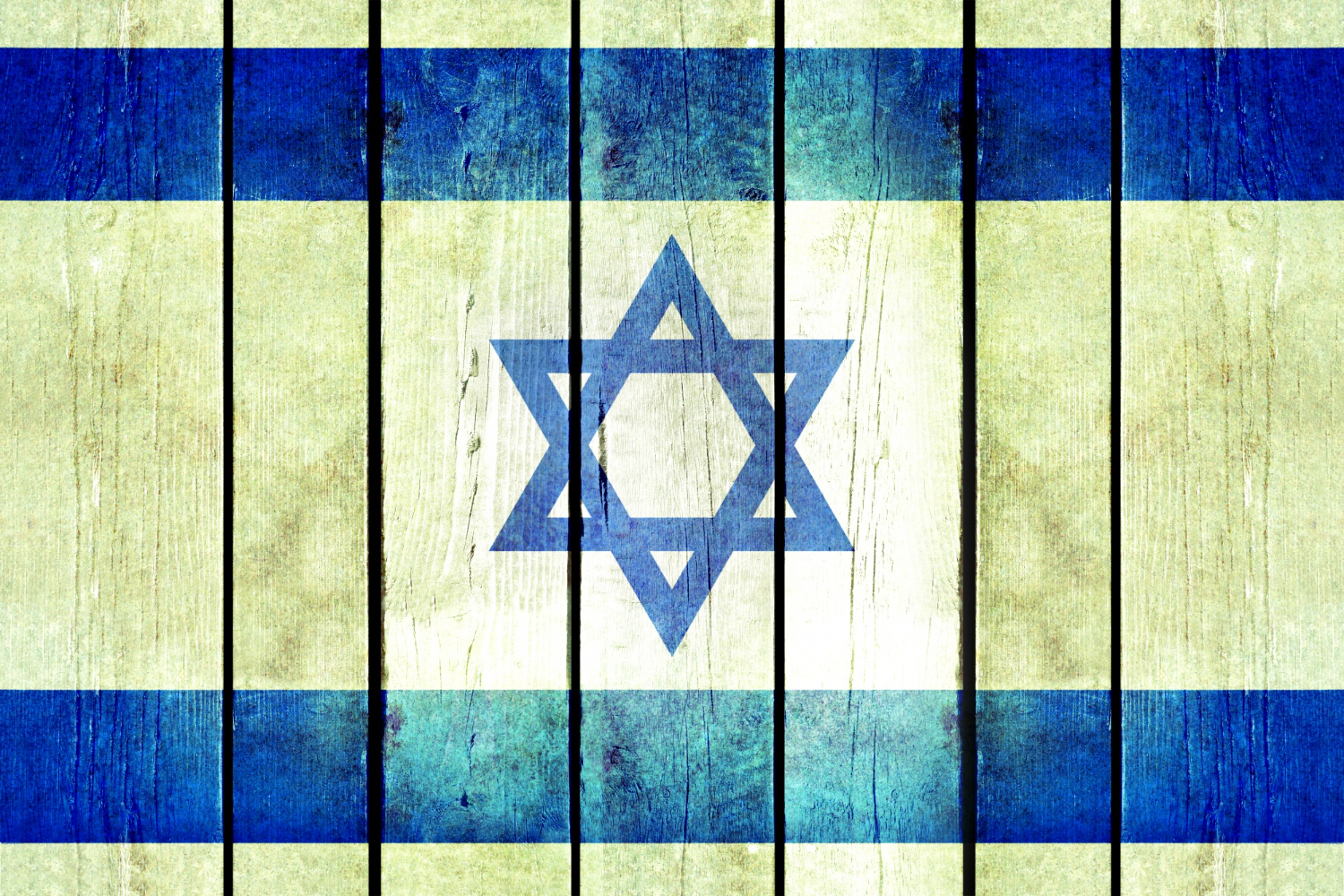 The Midrash says that each stone on the Twelve Tribes' breastplate matched their flag's background color, based on the jewels mentioned in Exodus.

The Israelites were the main cultural and ethnic group dwelling in the southern Levant between 1273 and 423 BCE, forming the Kingdoms of Israel and Judah in 797 BCE.

According to the Tanakh, they were split into twelve tribes; each descended from one of Jacob's twelve sons and grandchildren. Modern Jews share this ancestry.

The Israelites were initially split into familial lines called "shevet" or "match" in Hebrew, which means a staff or rod. The name is often translated as "tribe" in English, although the divides were not tiny, isolated groups of different ethnicities in the contemporary meaning of the term.

About 722 B.C., the Neo-Assyrian Empire conquered Israel and exiled ten of the Tribes. The Bene Israel, the Bnei Menashe, the Beta Israel of Ethiopia, the Igbo Jews, and the Pashtuns are only a few groups claiming lineage.

Some people think the Cimmerians, Scythians, the Native Americans, the Japanese, and the Lemba of South Africa were also among the lost peoples. 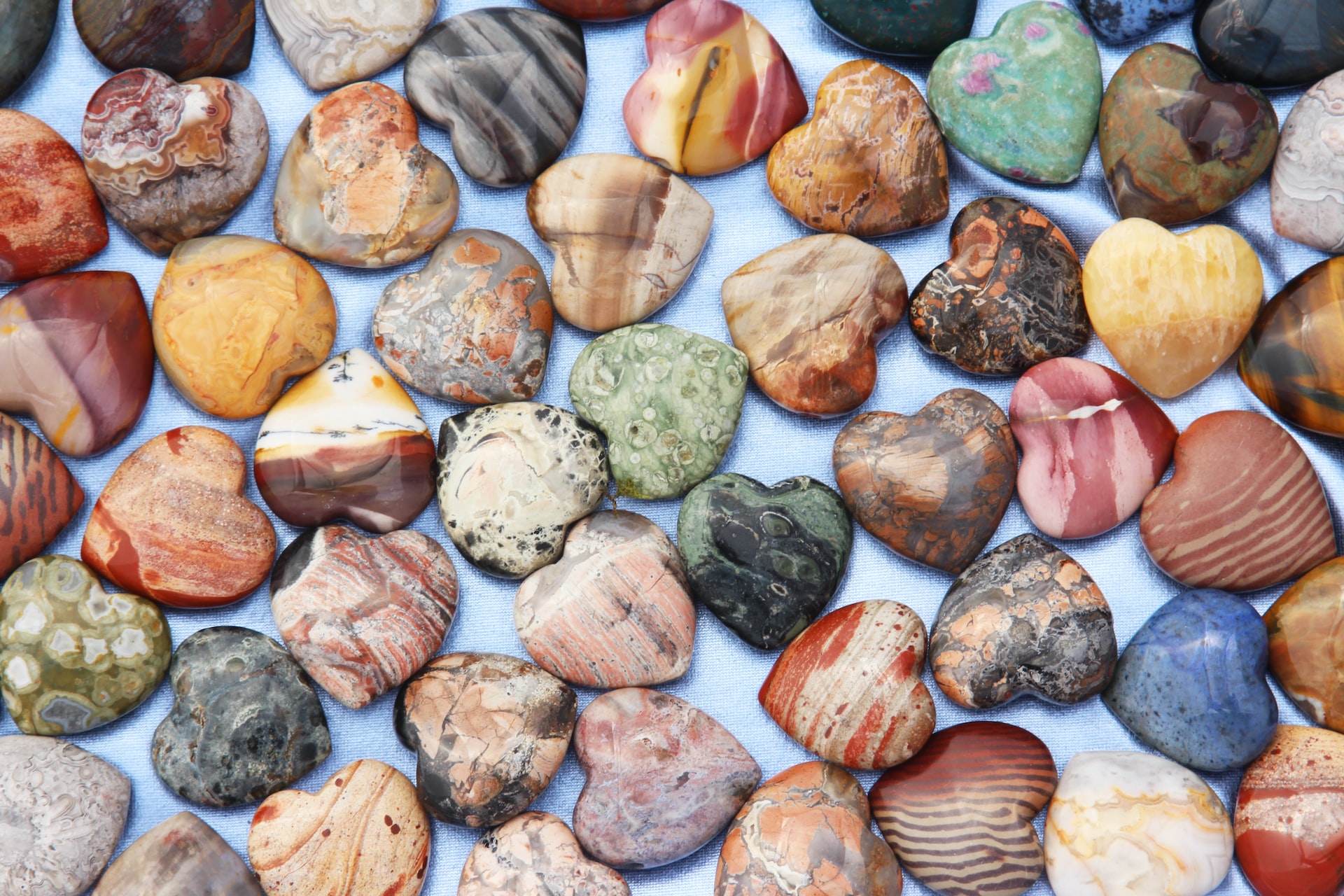 What Do The 12 Stones On The Breastplate Represent?

The Bible mentions birthstones. Exodus 28 gives Moses instructions for creating Aaron's unique robes. The breastplate is supposed to include twelve precious stones to symbolize Israel's tribes. In the Hebrew Bible, each tribe of Israel had a particular gemstone.

In the Christian Bible, the first row contains Sardius (Carnelian), Topaz, and Carbun Half are the same, even though they're at various places on the breastplate. Revelation 21 lists foundation stones.

These are the 12 zodiac signs. Joseph believed there was a connection between the twelve stones in Aaron's breastplate (signifying the tribes of Israel), the twelve months of the year, and the twelve zodiac signs. George Frederick Kunz argues that Josephus saw the breastplate of the Second Temple, not the one described in Exodus.

St. Jerome, citing Josephus, stated Christians should utilize Revelation 21:19–20. In the eighth and ninth centuries, theological treatises associated a stone with an apostle so that "their name and virtue would be engraved on the Foundation Stones." Keep 12 stones; wear one a month.

The (American) National Association of Jewelers (now Jewelers of America) established a list of birthstones in Kansas in 1912. The Jewelry Industry Council of America added Alexandrite, citrine, and pink tourmaline in 1952.

December's lapis was replaced with zircon, while March's primary or alternative stones were exchanged. Tanzanite became a December birthstone in 2002. In 2016, the AGTA and Jewelers of America adopted spinel as an August birthstone.

In 1937, Britain's National Association of Goldsmith's standardized birthstones. The Breastplate or the Foundation Stones of Christianity have nothing to do with birthstone lists today.

The Twelve Tribes Of Israel

Garnet is the stone associated with the Levites, and garnet jewelry from the past is highly prized. To be a member of the Hebrew tribe of Levi or a Levite (from the Hebrew word for "attached") in Jewish tradition is to be a priest.

The Levites were the only Israelite tribe to receive towns but no tribal territory when Joshua led the Israelites into the land of Canaan, "since the Lord, the God of Israel, himself is their property."

The Israelites entrusted the members of the Tribe of Levi with significant political and religious roles. In exchange, the settled tribes owed the Levites a tithe, the Maaser Rishon.

The Zebulon tribe prized ancient diamond jewelry, and diamonds are a tribal symbol. Zebulun was the name of one of Israel's twelve tribes. It means "dwelling" or "habitation" in Hebrew.

At its peak, its territory was in southern Galilee, between the Sea of Galilee and the Mediterranean Sea on the east, the Tribe of Issachar on the south, and the Tribes of Asher and Naphtali on the west and east on the north.

Amethyst is the attributed stone of Gad's tribe and was frequently used in ancient jewelry. In Hebrew, Gad, "soldier" or "luck," was one of Israel's twelve tribes.

The biblical towns of Ramoth, Jaezer, Aroer, and Dibon are all named as formerly belonging to Gad; however, some of them are designated elsewhere as belonging to Reuben.

At its peak, Gad inhabited territory east of the River Jordan, though the precise position is disputed. Never safe from invaders, this spot faced Moabites from the south and Aram-Damascus, and the Assyrians from the north and east.

Jasper (sometimes called "bloodstone") is a tribe Benjamin stone. Benjamin was one of Israel's tribes (Hebrew meaning "youngest son"). At its height, its territory was divided between Ephraim to the north and Judah to the south, with the Jordan River as its eastern boundary.

It encompassed numerous historically significant towns, such as Bethel and Gibeah, and infringed on Jerusalem's northern slopes. Its situation between the leading tribes of Israel (Ephraim) and Judah (Judah) is seemingly prophesied in the Blessing of Moses, where it is described as dwelling between YHWH's shoulders.

However, textual scholars view this as a postdiction, the poem written long after the tribe had settled there.

The Simeon people prized tribal chrysolite, so chrysolite was often used in their historical jewelry. Simeon was one of the Israelite tribes, and its name means "Hearkening; listening" in Hebrew.

Simeon's area, which may have been an enclave inside the west of Judah's dominion, was located in the southwestern corner of Canaan during its heyday and bordered on the east and south by the tribe of Judah. Simeon's tribe was one of the smaller ones in Judah's kingdom.

In ancient times, sapphire was prized by the Issachar people, and sapphire jewelry has become a cultural icon for the community.

The Israelite tribe of Issachar. At its peak, its territory extended from the east (along the Jordan River) to the west (along the seashore) and included the rich Esdraelon plain, which is located directly to the north of (the western part of) Manasseh.

At its height, Naphtali occupied the eastern side of the Galilee (on the immediate west of the Sea of Galilee), in the areas now known as the Lower Galilee and Upper Galilee, and was bordered on the west by Asher, in the north by Dan, in the south by Zebulun, and on the east by the Jordan River; Hazor was its most important city.

In this region, bordering the Sea of Galilee was the fertile plain of Gennesaret, described by Josephus as nature's ambition, an earthly paradise. With the southern portion of the region acting as a natural pass between the highlands of Canaan, several major roads ran through it.

Textual experts consider this a clear instance of postdiction, dating the poem too far after the tribe settled in the country.

According to Targum Pseudo-Jonathan, Joseph and Benjamin's ensign was a boy with the inscription: "The cloud of the Lord rested over them till they left the camp" (a reference to events in the Exodus).

When Jephthah was in charge of the Israelites of Gilead and Ephraim was at war with them, saying "shibboleth" as "shibboleth" was enough proof to kill anyone from Ephraim.

The tribe of Reuben's ascribed stone is sard, and ancient jewelry contains sard. At its height, its territory extended east of the Dead Sea, from the Arnon River in the south to the Dead Sea in the north, with an eastern boundary poorly defined by desert; it included the plain of Madaba.

The sacred boundary between Reuben and the Tribe of Gad, traditionally regarded as to the south of Reuben, is hazy in the Bible.

The associated stone of the tribe of Judah is emerald, and antique jewelry with emerald, The Tribe of Judah (Hebrew for: "Praise") was one of Israel's Tribes.

At its peak, it was the dominant tribe of the Kingdom of Judah, occupying most of the kingdom's land, except a small tract in the northeast inhabited by Benjamin and an enclave in the southwest occupied by Simeon.

Topaz is the stone for the tribe of Dan, and old jewelry with topaz is very popular. The Tribe of Dan (Hebrew, meaning "Judge") was one of Israel's tribes.

At its peak, the land it controlled was the most northern region occupied by the Israelite tribes, located north of Galilee and west of Jordan and extending north as far as Laish, Dan's principal city.

The Asher tribe's ascribed stone is beryl, and ancient jewelry contains beryl. The Tribe of Asher (Hebrew for "happy") was one of Israel's tribes.

At its peak, Asher lived in western Galilee, an area with relatively low temperatures and abundant rainfall, making it some of Canaan's most fertile terrain, with good grazing, forested hills, and orchards; as a result, Asher was notably successful and well-known for its olive oil.

Textual experts see this as a clear example of a prediction coming true, but the Blessing of Moses says this is a prediction.

What Do The 12 Stones Of Israel Represent?

Twelve Stones (twelve (matzevot) or standing stones) was a popular way of commemorating a magnificent religious event in the days of the Kingdom of Judah before the reign of King Josiah (Deuteronomy 27:1–8).

What Is The Gemstone For The Tribe Of Judah?

The Priestly Breastplate included a Garnet for Judah since Jewish legend holds that his complexion changed to a tinge of this hue when his father held him accountable for his brother Joseph's apparent death and publicly confessed to his crime with Tamar.

What Are The 12 Stones In Aaron's Breastplate?

The diamonds etched with the names of Israel's tribes represent earthly people. God picked no diamonds with hardness greater than 7 to symbolize earthly Israel.

Unlike expensive, high-brightness sparkling stones like rubies, Israel's tribal jewels are considered semiprecious; they lack hardness and brilliance but are incredibly attractive.

The color of the diamonds is undoubtedly crucial in determining the prophetic importance of Israel's tribes.