What Does Amethyst Mean Spiritually? 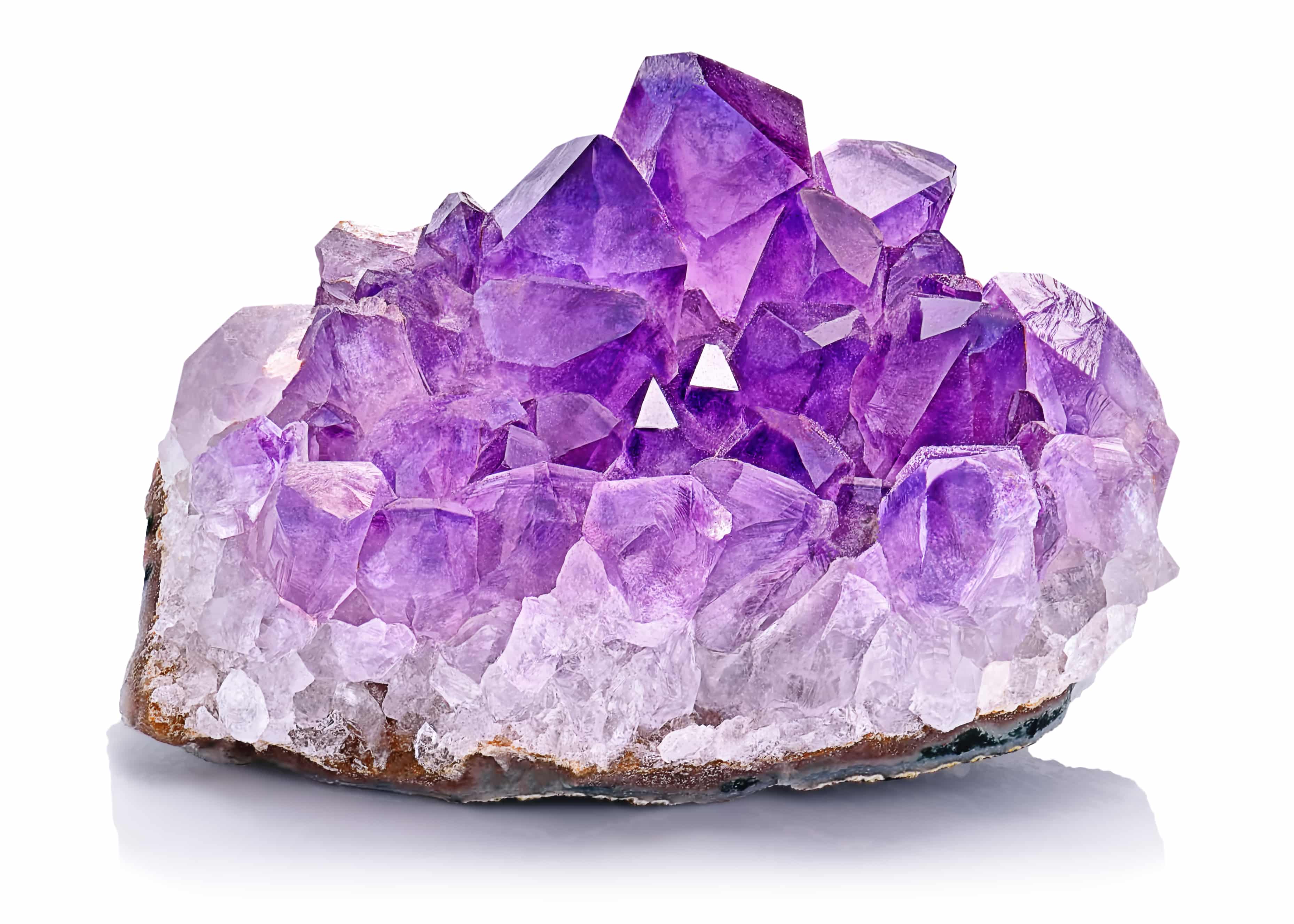 Amethyst is a powerful and attractive stone that is likely to take everyone's breath away and leave everyone who wears it feeling magnificently grounded at the same time. So, what does amethyst mean spiritually? Amethyst symbolizes spiritual healing, serenity, and knowledge.

The significance of Amethyst has long been associated with spirituality and is renowned for its intimate relationship with both the third eye and the crown chakra. It is said to be the bridge that connects the material world with the heavenly.

A purple form of quartz is called amethyst. It belongs to the system of hexagonal crystals. A semiprecious stone having a vitreous or glassy sheen is amethyst. It frequently occurs in violet and purple hues.

Due to its popularity, people ask what does amethyst mean spiritually? Amethyst is one of the most significant healing stones for people seeking to advance further in their spiritual enlightenment.

It has a strong connection to the head chakra and is even claimed to close the chasm between the material and spiritual worlds. One of the most potent tools in the arsenal for developing intuition is the third eye chakra.

Everyone possesses the gift of intuition; the key is learning how to use it. Amethyst allows the sixth sense to blossom into existence as it awakens the third eye. According to eastern philosophy, a person's third eye serves as the spiritual core of their being.

It also determines how people view reality and how willing they are to knock on the door of spiritual enlightenment. Indigo, which is linked to the color of amethyst, is the hue connected with the third eye chakra.

People who experience third eye chakra blockages may suffer from emotions of worry and sadness, as well as possibly feeling the weight of cynicism pressing down on their souls.

One can reawaken intuition, allow inner wisdom to flow, and rekindle their imagination by opening the third eye. It should come as no surprise that amethyst works to combat the negative energy of outside environments given its long history as a protective amulet.

Amethyst can guard against physical assaults and provide protection from bad luck. On a spiritual level, it also aids in defending the mind from emotional manipulation and black magic.

What Does Amethyst Symbolize?

Some people think that amethyst, which is frequently regarded as a stone of peace, induces peaceful dreams by putting the dreamer in closer contact with the Divine. The awake mind is similarly characterized by its calmness and clarity. Amethysts are reputed to promote free thought in both the mental and spiritual realms.

What Powers Do Amethyst Have?

What Do Amethysts Attract?

Another well-known crystal that can foster love in a person's life and safeguard the emotional stability of a relationship between two people is amethyst. Amethyst is therefore thought of as a love-related protective stone.

The semiprecious stone is frequently connected to Christ because of its spiritual significance. The deep purple hue is thought to represent Christ's suffering during the crucifixion. Also, Tibetan Buddhists frequently associated the mystical properties of amethysts with Buddha. Beads made of amethyst are used in meditation.

What does amethyst mean spiritually? This valuable stone possesses extraordinary healing and purifying properties. It accomplishes this by boosting a person's psychic powers and awakening intuition.