The Ancient Sardonyx Stone With A Mysterious History 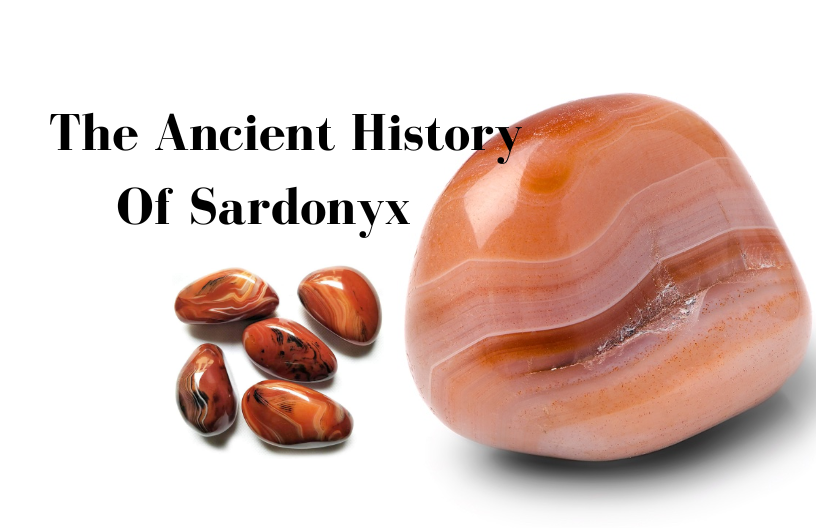 Sardonyx stone is commonly referred to as candy or in a Zebra because of its soft-looking texture and linings that give the impression that it is a smooth stone. Sardonyx is onyx with white and sard layers alternated. The sardonyx stone has been around for a long time and it is known as an Ancient stone, it is also said to have a mysterious history.

What Exactly Are Sardonyxs Made Of?

Stones like sardonyx are very unique and complicated to make. On the outside, it is made from layers of sard and onyx, two types of mineral chalcedony that can be layered. This makes a beautiful pattern that looks like a reddish-brown to yellow-red zebra.

About Sard: Sard is made when silica-rich water flows through cracks and fissures in other rocks and deposits silica at a low temperature. This happens because of the low temperature.

Sardonyx is a variety of banded onyx, which is a type of chalcedony quartz. It also comes in a variety of colors, and each color is unique. When onyx is in the form of sardonyx, the bands are made of reddish-brown and white stones that run together. The orange and black or brown band that is making it look like zebra are made up of onyx and orange carnelian.

Difference Between Sard And Onyx 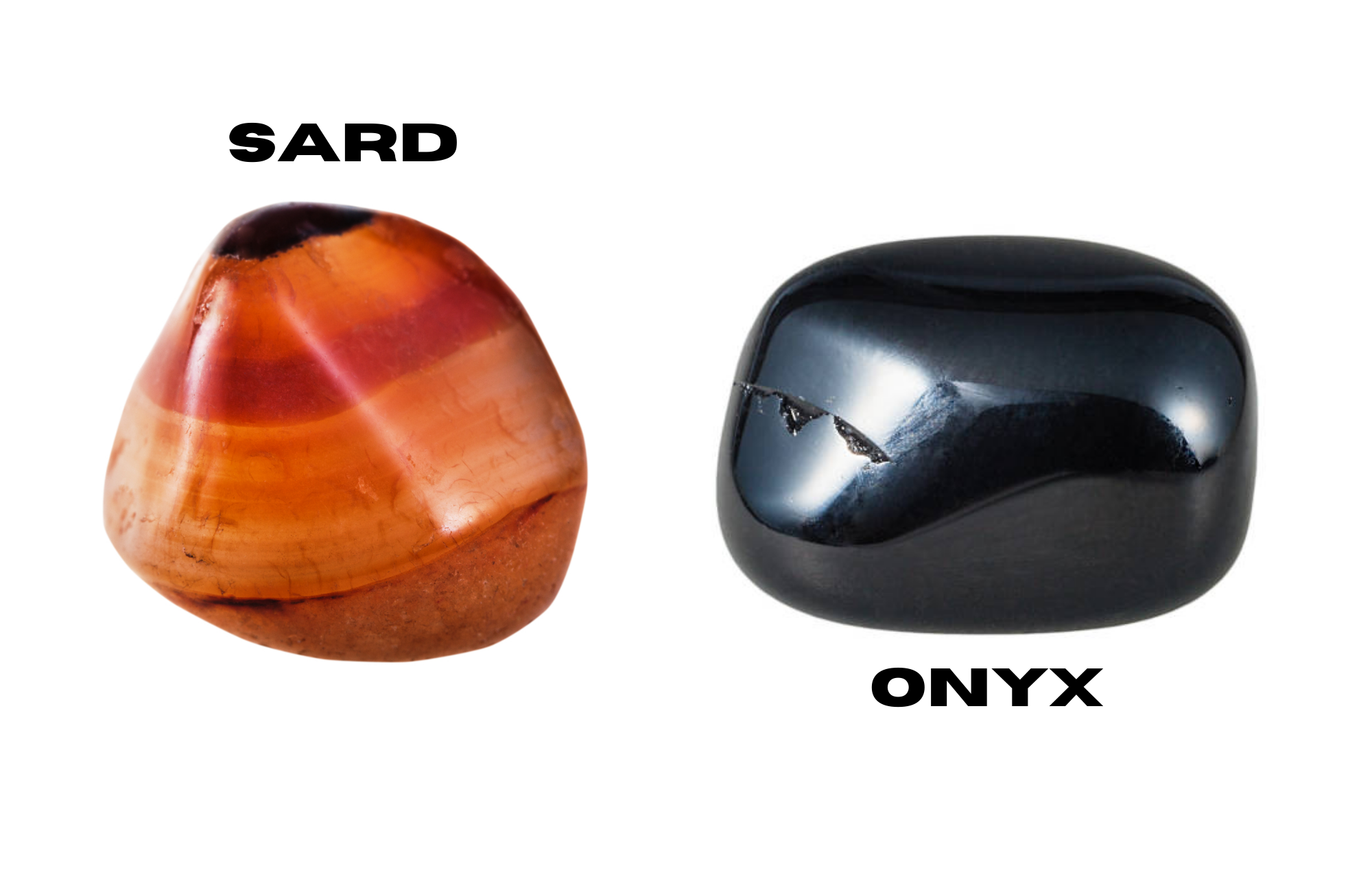 Sard is a type of solid-colored chalcedony quartz, and sardonyx is a type of agate with a lot of stripes. Carnelian is a type of chalcedony that is brown-red to orange in color because it has a lot of iron oxide in it. Sard has been used for a long time to refer to darker brown chalcedony.

What Are The Sardonyx's Characteristics And Occurrence?

Sardonyx has been used as a stone of strength and protection since the ancient world. Sardonyx is also thought to be a stone of courage, happiness, and clear communication. It makes marriages and partnerships last for a long time and be happy and stable. Sardonyx with red and white bands and red bullseyes has powerful spiritual qualities.

People actually thought that Sardonyx was a stone that could protect them and give them strength. It encourages good behavior and honesty. And for them, Sardonyx is a good friend and a good thing. It makes long-term relationships happy and stable.

Who Uses Sardonyx Throughout History & Culture?

For four thousand years, Sardonyx has been found in Egypt. Most of the time this stone has been used, cameos and intaglios have been made out of it. Venus cameos were worn by women in Ancient Rome to try to get the power of the goddess of love.

In India, you can find the best examples of sardonyx, which show a lot of differences between the layers. Other places where you can get it are Brazil, Germany, the Czech Republic, Slovakia, Madagascar, Uruguay, and the United States.

Why Are People Getting A Sardonyx?

People think it has a benefit that they can grab. Sardonyx is especially popular because of its ability to increase a person's sense of personal power and self-control, according to the description of many. It is also related to sentiments of courage, the openness of communication, and joy, among other things. 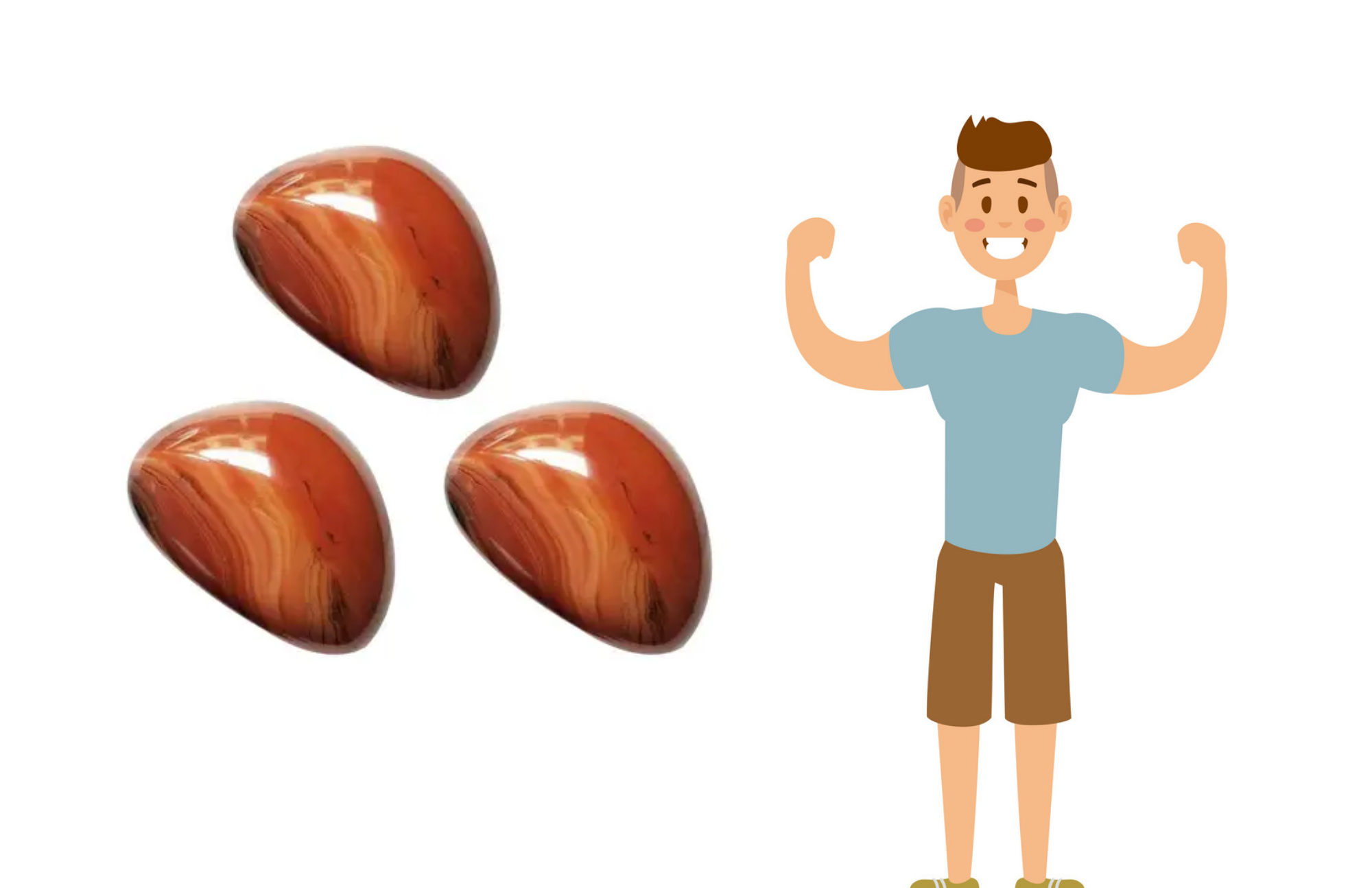 An artwork of a man flexing his muscles, with three sardonyx stones beside him

All of the properties listed above work together to bring balance and happiness back into your life in all parts of your existence.

Actually, people said sardonyx can be used to make jewelry that you can wear around your neck or wrists. They said just keep the stone with you at all times if you want to get the most out of its powers.

Sardonyx is the last and most unfamiliar of the August birthstones, despite the fact that it was the original August birthstone before the other two arrived, which are the spinel and peridot.

Sardonyx stone truly has a long history in this world! it was used in ancient times, and who knew that people in the past kept this stone to themselves, believing that it would make them more powerful?

It's no surprise that people today believe it in the way it was used in the past rather than as a common and rare stone for jewelry. There is no scientific evidence to support the stone's metaphysical healing properties. It is, however, beautiful, so why not use it that way? For your personal stone collections and simply to preserve the history that it holds for a long time.