Choices For Your October Birthstone - Opal And Tourmaline 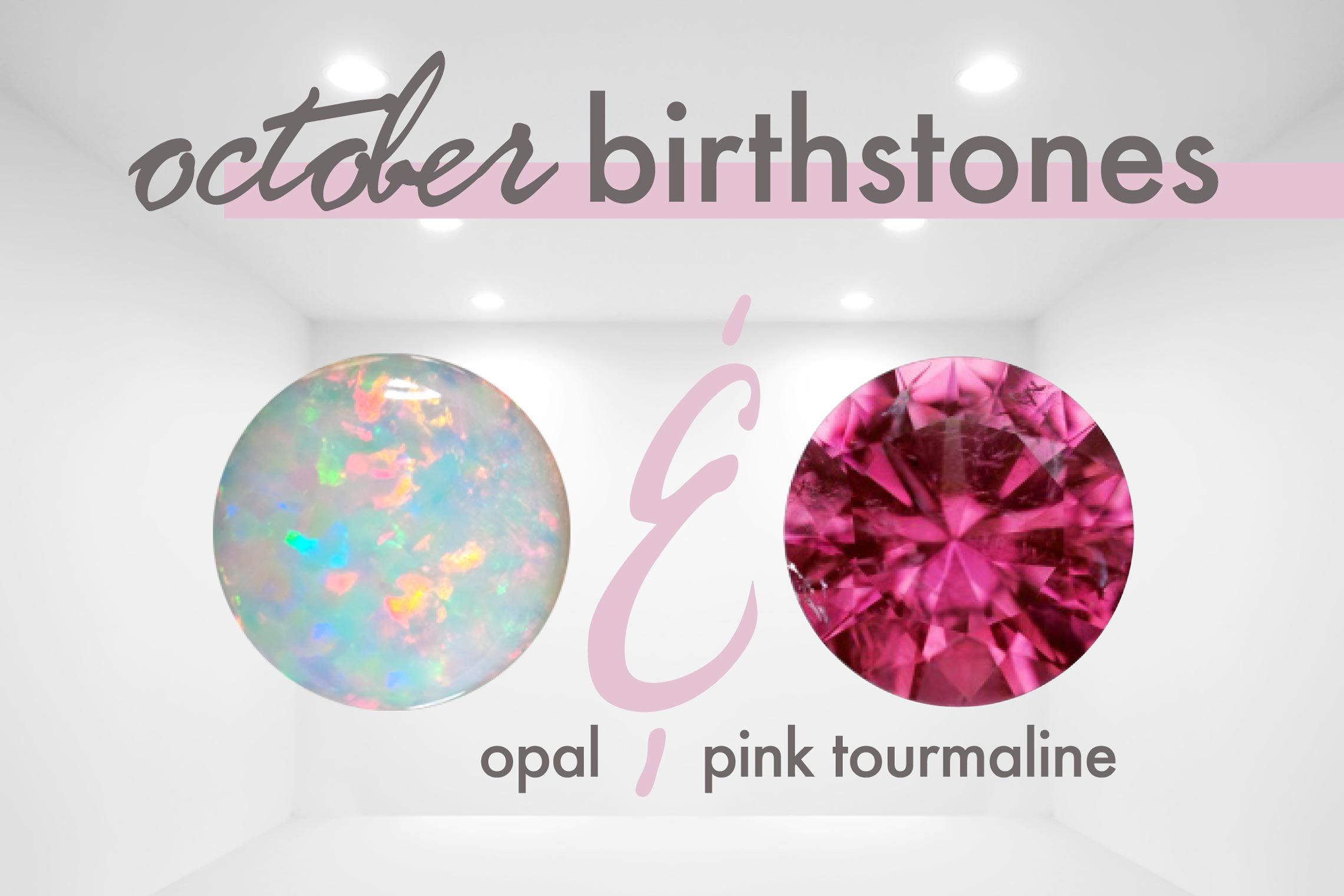 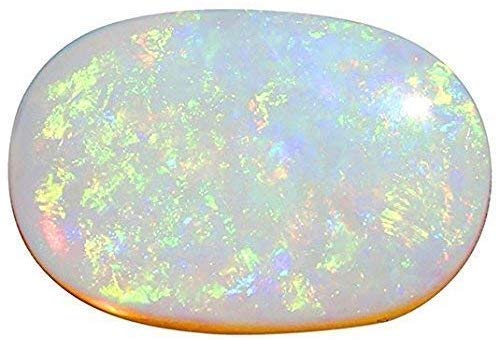 Play-of-color is a term for the unique way that opals show off a rainbow of colors. There are two main types of opal: precious and not-so-pretty. Precious opal has a play of color, but common opal doesn't.

October's traditional birthstone is called an opal, and the name comes from the Sanskrit word for "precious stone," upala. In ancient Rome, this word became opalus. Most opals change color in rainbow hues, which is called "play-of-color."

Many different cultures believe that opal has supernatural origins and powers. Arabic myths say that it falls from the sky in flashes of lightning. In the past, the Greeks thought that opals could help their owners predict the future and protect them from getting sick. People in Europe have long thought that the gem is a symbol of hope and purity, as well as truth.

Late in the 1800s, opal was found in Australia. Opal was found in Lightning Ridge, New South Wales. The first shaft was dug in 1901 or 1902. The world market didn't start importing it until the 1890s. Today, 95% of the world's market comes from Australia.

Hardness And Synthetic Of Opal

The basic process of making opals goes through three stages. Scientists start by making tiny silica spheres. Next, they put the spheres in a lattice pattern to look like the structure of a rare opal. Finally, they fill all the holes in the structure with silica gel and make it hard.

What Is Opal Good For

Many people say that opals can be very good for people in the physical world, too, like when they have infections or fevers. It is also said that it can help improve the strength of one's memory, too. Furthermore, it cleans blood and kidneys, regulates insulin, makes childbirth easier, and helps with PMS.

Opal is a very rare and valuable gemstone. They are the world's most valuable commercially available gemstone, but Gem Black, Boulder, Crystal and White Opals are more complicated than Diamonds, Rubies, Emeralds, Sapphires, or Tanzanites. They have a much wider range of valuation characteristics than these other gemstones, but they are still the most valuable. 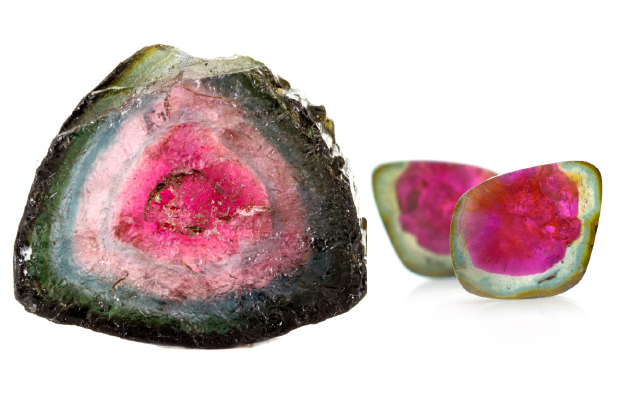 The three Tourmaline stone with different colors like pink and green

Tourmalines come in a lot of different colors that are fun to look at. In fact, tourmaline has one of the widest color ranges of any kind of gem. It comes in many different shades of almost every color.

In the 1500s, a Spanish conquistador found green tourmaline in Brazil. He thought it was emerald, but it was actually green tourmaline. His mistake stayed true until the 1800s, when mineralogists finally identified tourmaline as a separate mineral species, but it was too late. Some people may have called black tourmaline "schorl" in different ways even before the year 1400.

In the late 1600s or early 1700s, Dutch traders found the stone off the coast of Italy. At the time, these green tourmalines were thought to be emeralds because they were so green. Until the 1800s, no one knew that these stones were a different kind of mineral.

Hardness And Synthetic Of Tourmaline

The invention is about an artificially made crystal, and in particular, it is about an artificially made tourmaline crystal and how to make it. Tourmaline is a crystal nano particle made by heating a mineral substance in an acidic solvent with a hydrothermal method. The mineral substance is a mixture of at least two clay, medical stone, zeolite, serpentine, or gneiss, and the acidic solvent is one or more than one of hydrofluoric acid, sulfuric acid, or perchloric acid.

What Is Tourmaline Stone Good For

Many believe that tourmaline helps to make a barrier around a person or a room to keep bad or unwelcome energies from getting in. It also helps to ground you and balance all of your chakras. Even challenging energy and negative thought patterns can be broken down by the stone and turned into more beneficial energy and beliefs.

Is Tourmaline An Expensive Gem

Tourmaline prices can be very different depending on the type and quality of the stone. Most expensive are the Paraba tourmalines, which can cost as much as tens of thousands of dollars per carat, which are rare. For chrome tourmalines, rubellites, and fine indicolites and bi-colors, they can sell for as much as $1000 per ct or more, or more.

Pink tourmaline and opal are the birthstones for October. The primary birthstone, tourmaline, is rare because it is one of the few gems that can be found in almost every color. Some pink tourmalines have the same clarity as diamonds!

You can choose one of these gemstones as your October birthstone. Opal and Tourmaline come in a wide range of colors. You will be pleased with its appearance, that is a guarantee!