Birthstone For August - The Sardonyx Stone, Which Rose To Fame Early In This Generation 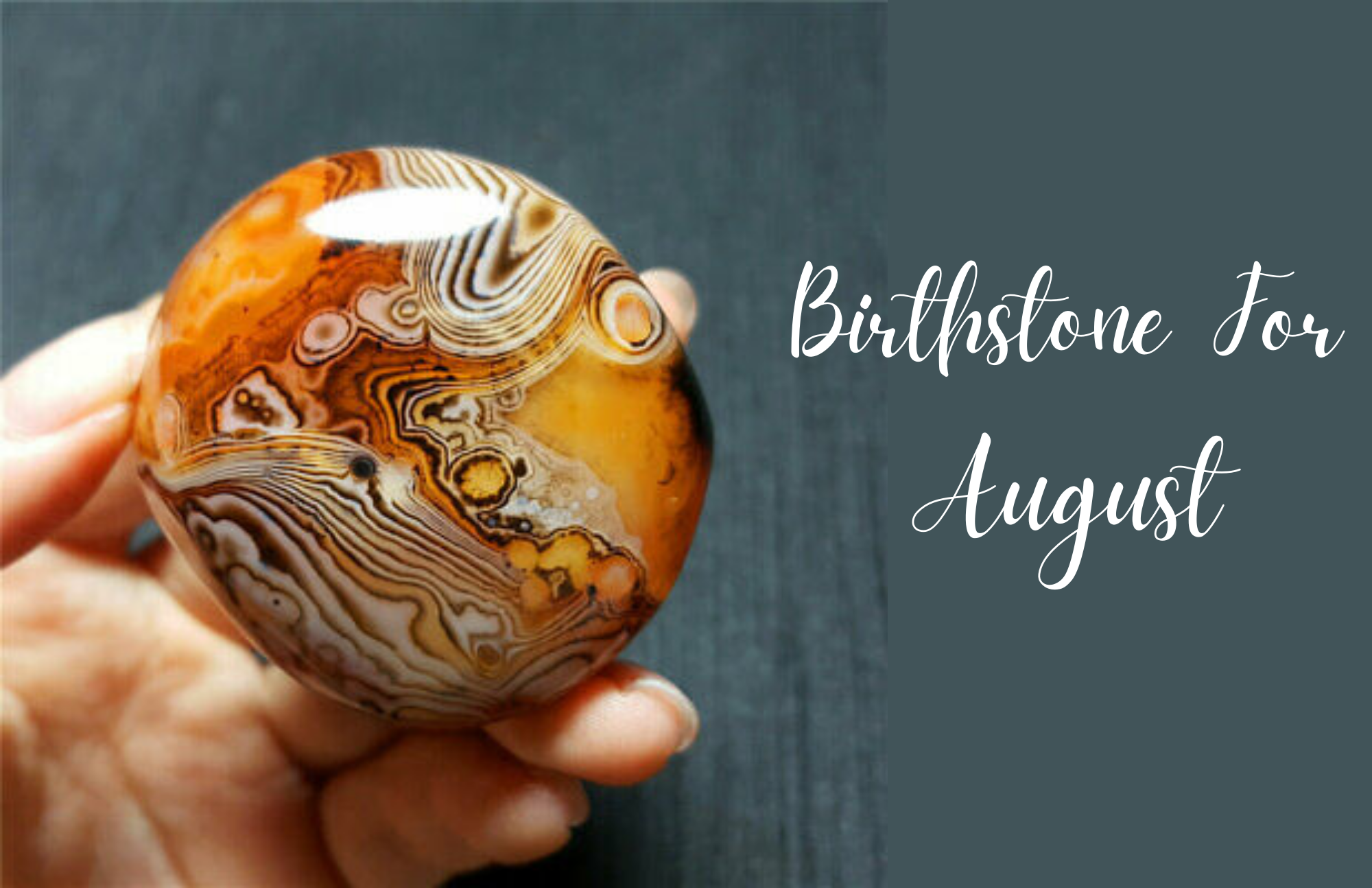 August is a party-filled month, but it's also one of the hottest months of the year. So, August is a great time to get away from the heat and do something cool.

This month also has its own customs and traditions that are only done during this month.

One of the best things about this month is the birthstone connected to it.

In this article, we will go over the birthstone for August.

August Birthstones And What Makes Them So Unique & Special

Here are the best August birthstones, and each one is different. They are all different in terms of color, shape, and feel. They also represent the month of August in a lot of ways.

Some of the best birthstones for August are:

Spinel was mistaken for other gems for hundreds of years. Some of the most well-known "rubies" in history were actually this August birthstone.

In many ancient and medieval cultures, this August birthstone was a valuable item. As early as the second century BCE, it was used in the jewelry of priests.

Later, it was used in the chalices and churches of medieval Europe.

The peridot birthstone has also been used for hundreds of years as a talisman to keep evil spirits and terrors of the night away from its owner.

Sardonyx is the oldest of the August birthstones. It is made of two kinds of chalcedony cryptocrystalline quartz: sard and onyx.

Bands of sard that range from brownish red to brown to dark orange are in between layers of onyx that are usually white or black.

Sardonyx was a popular stone for Roman seals and signet rings in the past because hot wax didn't stick to it.

The bands of color in this August birthstone have been used to make cameos and intaglios for thousands of years.

What Is August Birthstone?

It is also linked to courage, happiness, and clear communication.

This Sardonyx is worth studying. This will be the stone that we are going to focus on as a birthstone for August.

Layers of sard and onyx, two types of the layered mineral chalcedony, are alternated to make sardonyx, a reddish-brown gemstone with white stripes.

Sardonyx is the eighth and final birthstone in the series. It means having self-control, being determined, and being honest. It is also thought to help keep a person's spiritual path grounded.

Sardonyx is thought to be a powerful stone that helps you get past any problem that comes your way.

The element of Earth is linked to the Sardonyx birthstone, which makes it a good choice for people born in August.

One Of The Attractive Natural Stones - Composition Of The Stone

Sardonyx is a translucent, light-brown to dark-brown type of silica mineral chalcedony, and has been the most attractive semiprecious stone for a long time.

Jewelry has been carved into sard and carnelian, a close relative of sard. However, for all the things we've mentioned already...

Did you know? Despite being an official birthstone for August, it was hardly commonly seen!

It is important for jewelers to be aware of it since it can be used to create a beautiful piece of jewelry that everyone will undoubtedly like!

Modern Usage Of The Sardonyx Birthstone In The Gem & Jewelry Industry

Some people think that the Sardonyx birthstone is the most powerful and helpful of all gems.

People think that it can help with mental health, emotional balance, and healing of the body.

The fact that Sardonyx is so rare has limited how it can be used in jewelry today.

But recently, it has become popular because it has special qualities that make it a great gem and birthstone for everyday wear.

Sardonyx is used a lot in jewelry these days, especially rings because it can be shaped and sized in many different ways.

It can also be made into bracelets, earrings, pendants, and necklaces, among other things.

The most common story about why this birthstone is so popular is that a young woman's father gave it to her as a gift. The man couldn't afford a better stone for his daughter, so he gave her Sardonyx because it was the only one he could afford.

Sardonyx is now one of the most expensive stones in the world. This is because it has a beautiful color that no other stone has.

Because it is the only birthstone that does not have a specific color associated with it, sardonyx is a very popular choice.

In addition to this, it is the only birthstone that has been incorporated into jewelry since prehistoric times.

Depending on where the sardonyx came from, its colors might range from black to brown to red to even a deep purple. Sri Lanks and Australia are both places where one can find the gemstone.

Why Are There Three Birthstones For August?

The American Gem Trade Association and Jewelers of America decided that the birthstones for August are peridot, spinel, and sardonyx. Sardonyx a stone that ranges in color from golden yellow to bright green was the original birthstone for August. But the other two are important to complete the essence of August.

What Is August Birthstone Power?

Peridot is one of the birthstones for August. In the past, it was thought to heal and keep nightmares away. This gem is made deep inside the Earth. Volcanic eruptions are the most common way to bring it to the surface. This is the most powerful birthstone for August among the other two.

Sardonyx is easy to find and not too expensive, so it is a good addition to any collection. Sardonyx's quality factors are not as clearly defined as those of other gemstones like diamonds, but the 4Cs (color, cut, clarity, and carat weight) still apply.

August is the best month to buy Sardonyx birthstone for many reasons. This month has the most days of the year, which means you have more chances to find one you like.

Another reason is that this month has the best astrological conditions for finding sardonyx stones, which means they are more likely to be in good shape and cheaper than in other months.