What Crown Will King Charles Wear? Does The New Monarch Wear The Same Crown As Queen Elizabeth II?

On Monday, hundreds of thousands of people gathered in London for the state funeral of Queen Elizabeth II. After the funeral, the King and his children walked behind the coffin as it left Westminster Abbey. Other royals followed in cars.

"In loving and devoted memory" was written by King Charles by hand on the wreath that was on the Queen's coffin. This was a nice personal touch.

Later, the Queen's coffin arrived at Wellington Arch at the corner of Hyde Park. It was then put into a hearse and driven to St. George's Chapel at Windsor Castle, where a burial service will be held at 4 p.m.

During the Queen's funeral, the Crown Jewels were on display. The Imperial State Crown was placed on top of the coffin.

During the Queen's lying-in-state, the crown was also on top of the coffin. It will be taken away from her today for the last time. The next time the crown will be seen will be at King Charles' coronation.

What crown will King Charles wear? Does the new monarch wear the same crown as Queen Elizabeth II? Here's what you need to know about the crown and what will happen to it while King Charles is in charge.

What Is The Imperial State Crown?

The monarch wears the Imperial State Crown when they leave Westminster Abbey after their coronation.

The Black Prince's Ruby, the Stuart Sapphire, and the Cullinan II diamond are the most well-known pieces in the collection.

After her coronation in 1953, the Queen wore the crown every year to the State Opening of Parliament. Even though she didn't go to the opening in 2021, the crown was still there. During the ceremony, it was carried on a red pillow.

The crown was made for King George VI's coronation in 1937. It replaced the crown that was made for Queen Victoria in 1838.

St. Edward's Sapphire is set in the middle of the topmost cross. It is said that St. Edward the Confessor wore it in a ring, and it was found in his tomb in 1163.

The Imperial State Crown and the other Crown Jewels of the monarch are kept in the Tower of London.

What Crown Will King Charles Wear?

After the Queen died, her oldest son Charles took the throne right away. He will be officially crowned king at a ceremony that is likely to happen in the spring or summer of next year.

During the coronation, the Archbishop of Canterbury will put St. Edward's crown, also called the Imperial State Crown, on the head of King Charles.

In addition to St. Edward's crown, King Charles will be given a scepter in 1661 and the coronation ring also called the wedding ring of England, which is worn on the fourth finger of the monarch's right hand.

The ring has been used since 1831. It is a symbolic sapphire ring with baguette-cut rubies in the shape of a cross across the face. This represents the cross of St. George and the Scottish flag.

Will King Charles Wear The Same Crown As The Queen At His Coronation? 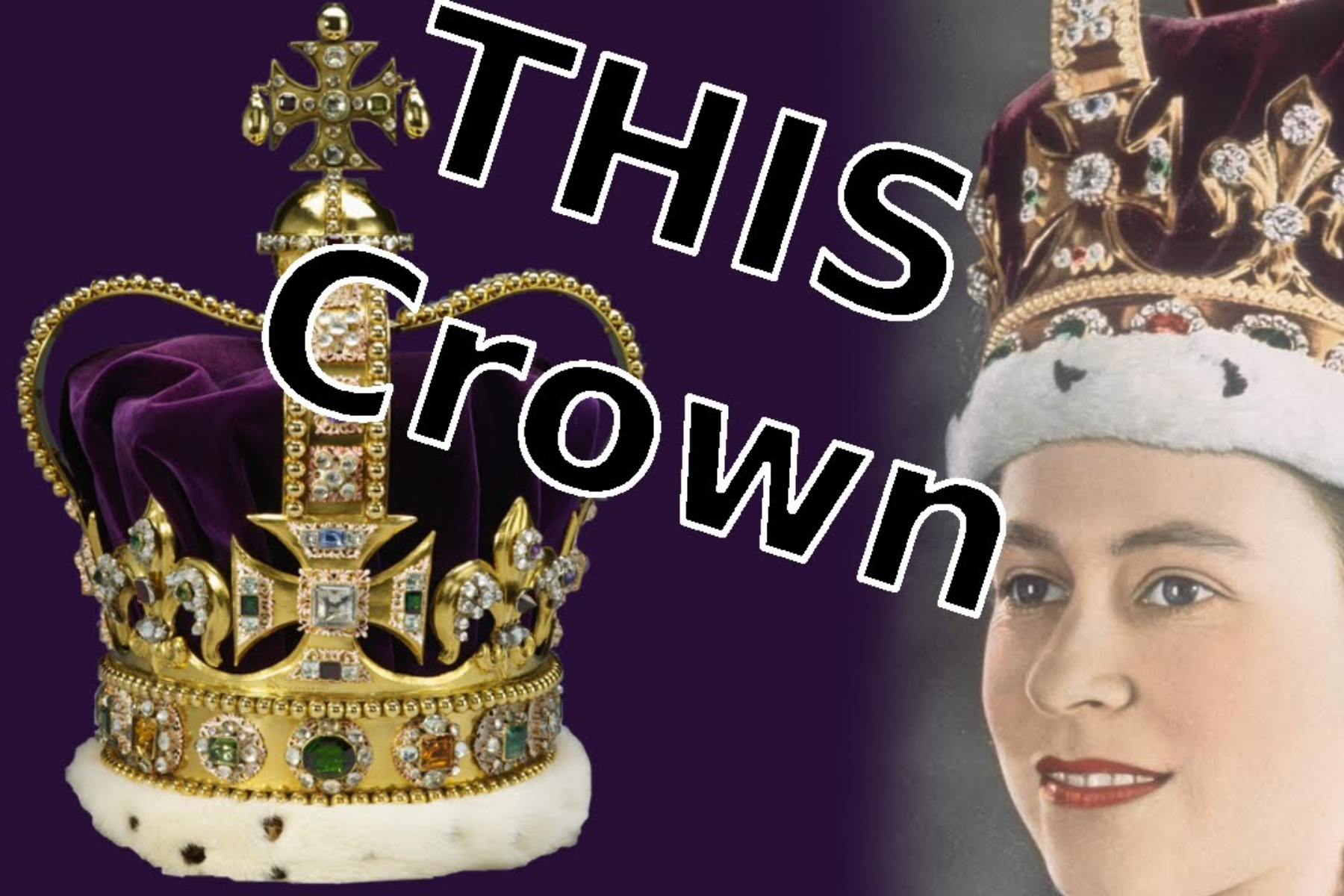 The St. Edward's crown 22-carat gold, with a circumference of 66 cm (26 in), measures 30 cm (12 in) tall, and weighs 2.23 kg (4.9 lb). It has four fleurs-de-lis and four crosses pattée, supporting two dipped arches topped by a monde and cross pattée and Queen Elizabeth is wearing it

Yes, at the end of his coronation ceremony next year, King Charles II will wear the St. Edward's Crown. It is the same crown that Queen Elizabeth II wore when she was crowned in 1953.

The crown is named after Saint Edward the Confessor. Since the 13th century, different versions of the crown have been used to crown British monarchs at their coronations. The current crown was made for Charles II in 1661.

The solid gold crown from the crown jewels at the Tower of London is 30 centimeters tall, weighs 2.23 kilograms, and is studded with 444 precious and semi-precious stones. It has a purple velvet center and white fur around the edges.

After 1689, it wasn't used to crown a monarch for more than 200 years. George V brought back the tradition in 1911, and every monarch since then, except for Edward VIII, has been crowned with St. Edward's Crown.

When it's not being worn, St. Edward's Crown is kept with the other Crown Jewels in the Jewel House at the Tower of London.

What Is The Value Of St Edward's Crown?

Experts have said that it could be worth anywhere from £3 billion to £5 billion.

Will The Crown Be Resized For King Charles?

In 2018, the Queen said that for her own coronation, she had the St. Edward's Crown resized.

Does King Charles III have what it takes to wear the crown? | 60 Minutes Australia

Even though it hasn't been said for sure yet, it's likely that the crown will be resized again for King Charles. It has also been said that royal jewelers will make changes to it. The House of Garrard or Mark Appleby of Mappin & Webb is likely to be involved in making changes to the crown.