Sonoranite Gemstone - The Interesting Discovery Of The Newest Gemstone 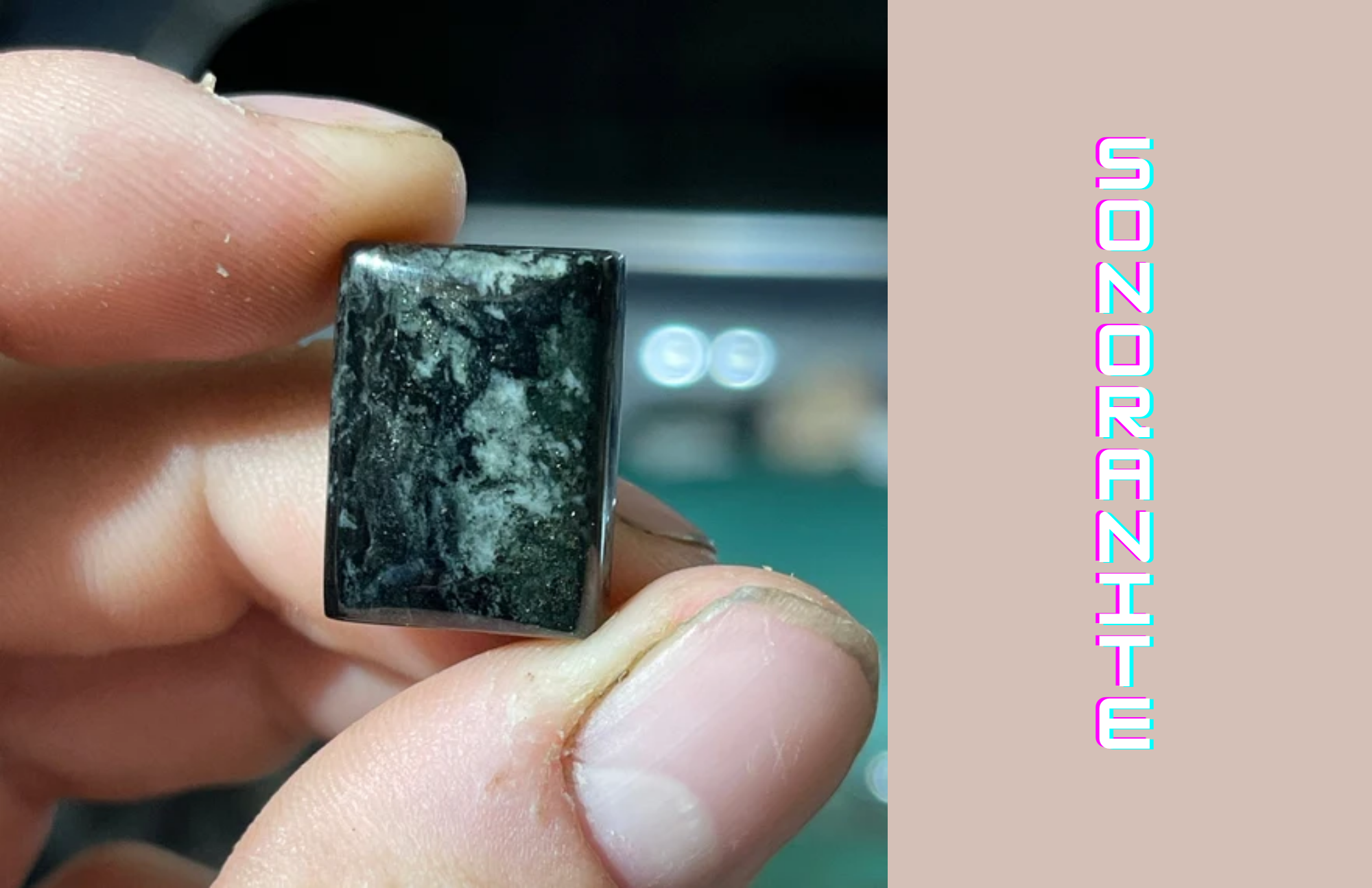 The newly discovered gemstone we're going to discuss doesn't have many references on the internet, but I'll try to give you the best information possible.

In order to be familiar with this gemstone, you need to know first the history of it.

The History Of Sonoranite Gemstone 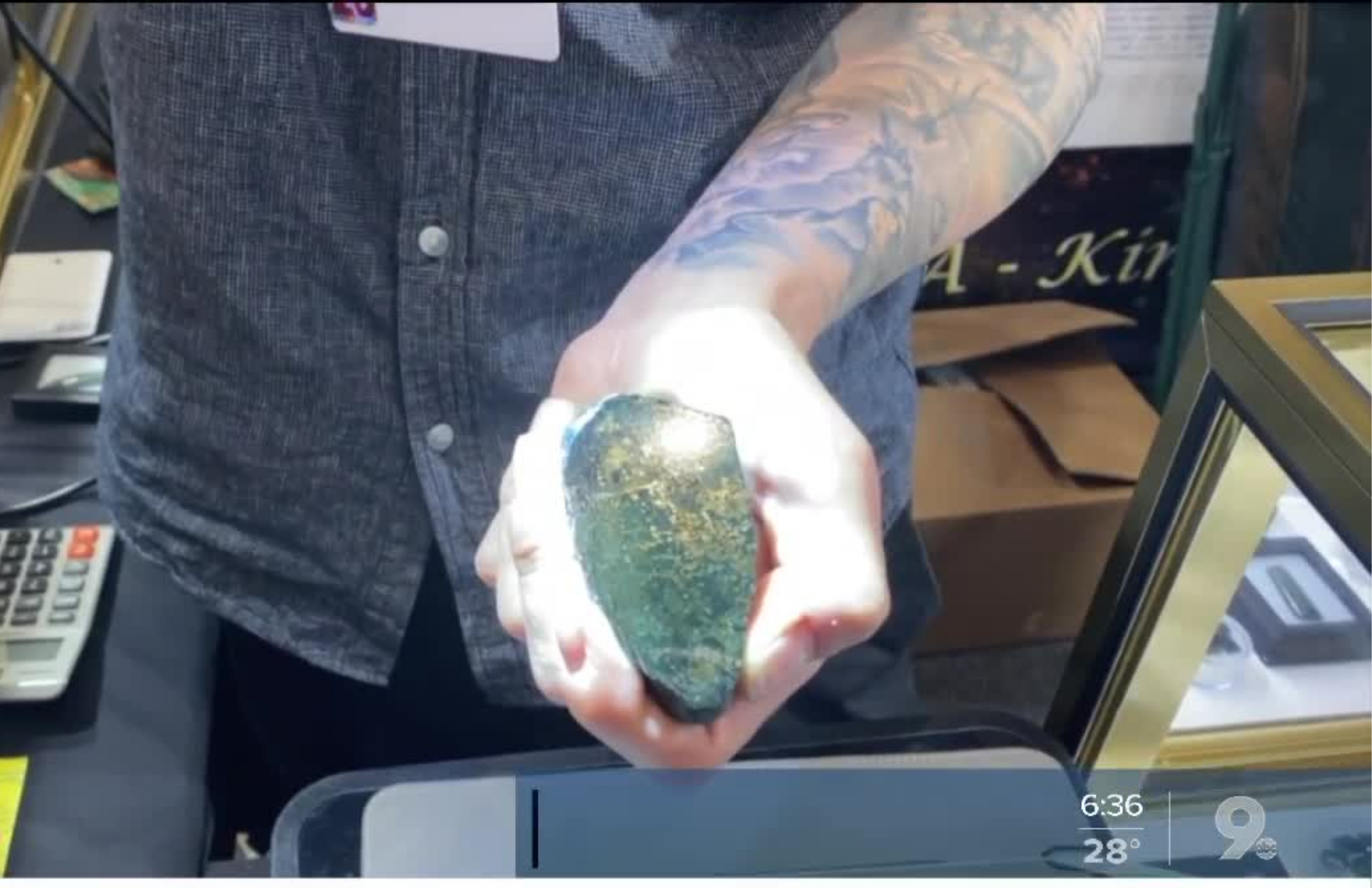 A man is holding a sonoranite rock in his office

How recent is the discovery of Sonoranite gemstone? The news that announced its existence appeared to be widely spread in the early days of February 2020.

However, the official website claims that it took 8 years to raise it to the surface, indicating that the term "new" may be inappropriate in this context.

We started exploring it, we found gold in the ore. Maybe about eight years ago we were crushing it for the gold and just out of fluke, we took one of the pieces, polished it and it takes a phenomenal polish.

According to accounts from the local news in Tucson, the discoverer, John Hornewer, had begun searching an abandoned mine for gold. Back eight years ago, he made a remarkable discovery when he was crushing some rocks from the mine.

In point of fact, according to the available documentation, a trademark application for "sonoranite" was submitted in the middle of 2018, and a Facebook page for the new stone was established at the beginning of 2019.

The fact that Sonoranite gemstone was introduced to the general public during the gem show that is currently taking place in Tucson explains why some researchers suddenly heard more about it.

The beautiful Sonoran Desert in Arizona is the only place in the world where this particular mineral can be discovered and mined.

A one-of-a-kind gemstone is formed when a silicified matrix of epidote, pumpellyite, and calcite are combined with a rare combination of metals, including gold, silver, palladium, copper, and other rare earth minerals.

This results in the formation of a gemstone that is truly unique.

The Price Of Sonoranite Jewelry

Maybe the website is so new that it is still in the process of being bookmarked, but it displays a pair of earrings with a price tag of almost $24,000.

Since there is no description, it is possible that the accent stones are diamonds, which would explain why the price is so high; however, it will be interesting to see how things pan out!

I have no doubt that collectors and those who design jewelry will find these to be of great use.

According to the official website, the stone is infused with other precious metals such as gold, silver, and copper, which may explain the color variations and may contribute to the stone's value. 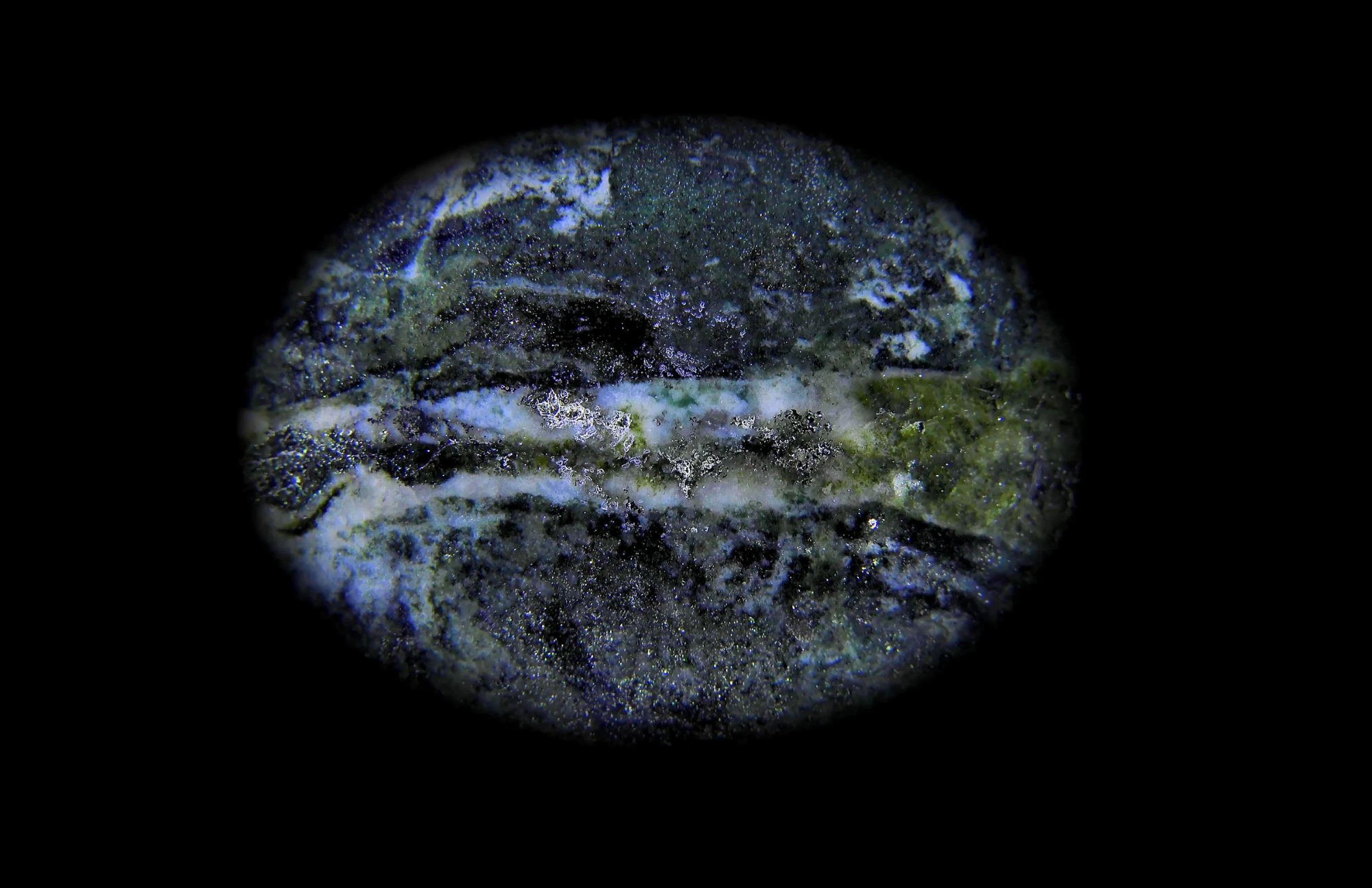 A Sonoranite gemstone on a dark background

The rock was sent to a number of universities, including Arizona State University and Northern Arizona University, but geologists at those institutions were unable to identify it.

After that, the brothers who discovered the gemstone forwarded a sample to the Gemological Institute of America (GIA), which is recognized all over the world as the authority on gemstones and their authenticity of gemstones.

At the GIA, experts confirmed that the stone does not, in fact, fit into any of the previously known categories of gemstones.

In1980, when Helenite was discovered on Mount St. Helens in Washington state, this is the first time that a new gemstone has been discovered in the United States.

The new gemstone known as SONORANITE is quite difficult to extract because of its relatively high hardness, which ranges between 7 and 8 Mohs on average.

We will be able to free the material without causing it to fracture if we work extremely hard and make use of both mechanical and electric hand tools that are very small in size. It is not possible to use explosives or other methods of a similar nature.

Are There Any Undiscovered Gemstones?

The Israeli precious stone exploration company Shefa Yamim made the announcement in 2018 that it had found a new gemstone known as the Carmel Sapphire.

How To Dig For Gemstones?

What Tools Do You Need To Dig For Gems?

This type of prospecting requires a rock hammer, a shovel, and a bucket, and it is a labor-intensive activity. The use of pickaxes allows one to break through the difficult ground and enter narrow cracks and fissures in the rock. Scrapers constructed from iron straps and fencing wire are used by miners to clean out crevices, which may contain dirt or small gems.

Material that is both incredibly rare and breathtaking can be found in a location that is very close to the Sonoranite mine where exactly it was supposed to be.

This fluorescent material contains such stunning color play and design patterns that I believe is worth sharing with the rest of the world as soon as we could.