Morgan Hill Poppy Jasper - An Old-Looking Stone With Many Pluses 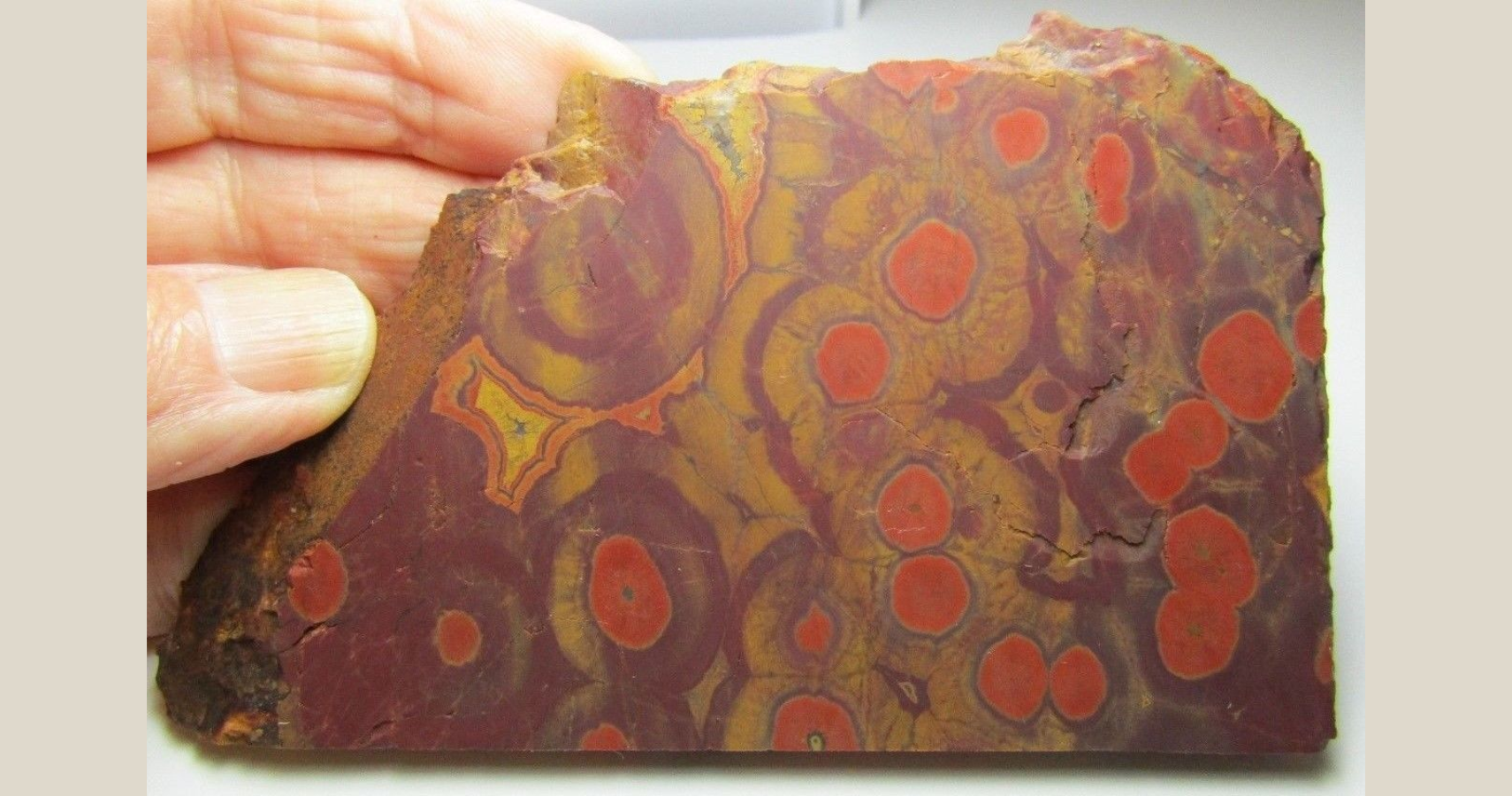 People often call this stone the "Love Stone" because it can help people find their true love and bring them friends, lovers, and happiness.

Most of the time, the stone is pink to red-brown and has white, orange, or yellow spots on it. Since the 1800s, it has been used to make jewelry and other decorative items.

It mostly grows on the back of El Toro Mountain Peak. The vein is found in four places and goes for several miles. One is in a state park and the rest are on private property.

Unfortunately, the property owners don't let anyone in, and if you're caught digging there, the state will go after you quickly. Some owners do bring things out once in a while, but it is very rare.

Morgan Hill Poppy Jasper is a healing stone that is used to bring peace and calm, as we've mentioned already, it is believed to provide love for everyone, as well as emotional stability and balance.

Most of the time, the stones are red, but they can also be pink, white, brown, or yellow. And every color has meaning for some people.

Jaspers of all kinds have been thought to have magical powers for as long as people have known.

Ancient Europeans used jasper as a "rain bringer", and it is interesting to note that in some American Indian cultures, the word for jasper also meant "rain bringer."

Some of the high-contrast pieces others have already seen make the crystalline structures look like little "monster eyes", drops of white paint, or bright stars against the often dark red background.

How To Get Morgan Hill Poppy Jasper?

For those of you wanting to dig for Poppy Jasper. The mine is located on a site owned by the county parks. Mining is not allowed on county park property and this area is not open to the public (hence the fences) I do happen to know that the vein was virtually depleted several years ago by someone who now graces the inside of a prison cell for his efforts. So be forewarned.

Evaluate The Quality Of The Pieces Of Morgan Hill Poppy Jasper

First, it's important to look at the stone's color and pattern. It should be bright and have a lot of different colors and patterns that don't all look the same. It shouldn't have any stains or streaks in its color, because that would mean it was dyed or treated artificially.

Second, you should think about how well it was made: Poppy jasper should have a smooth, flaw-free surface with no pits or cracks that can be seen.

Last, you can judge how valuable something is by how rare it is.

Where Do You Find Jasper Rocks?

Jasper is an igneous rock, but it tends to be bigger than agate when it forms. Nodules of jasper are often found in riverbeds near places where volcanoes used to be. They are surprisingly common in a lot of places in the U.S.

Where Is The Best Place To Find Jasper?

One of the most popular places to look for minerals and rocks is Oregon. You can find agate, jasper, and other minerals and rocks on many public lands. Before going to the area and taking rocks, you should check with the right agencies to find out the latest rules and information.

What Is Poppy Jasper Made Of?

A lot of people go to Oregon to look for minerals and rocks. On a lot of public lands, you can find agate, jasper, and other minerals and rocks. Before you go to the area and take rocks, you should check with the right agencies to find out the latest rules and information.

According to a number of people who have used this stone, the Morgan Hill Poppy Jasper is an incredible gemstone that offers a range of advantages. This can be found in California, which is not only a rich place in terms of amazing discoveries but also in terms of where you can find them. There is no question that Morgan Hill Poppy Jasper has the power to captivate individuals and inspire them to adopt it as one of their own stones on any level of their lives.