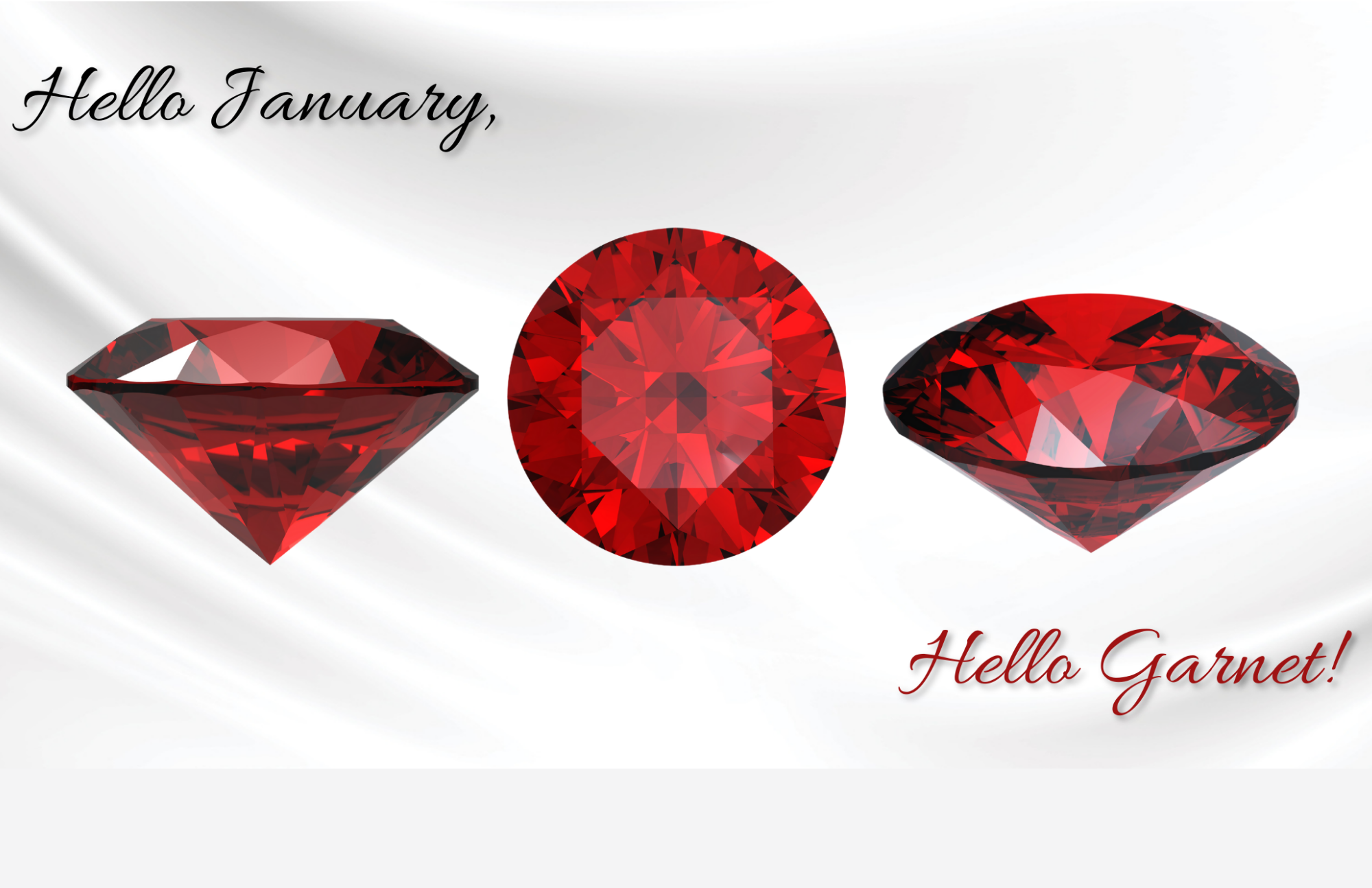 The January gemstone is garnet. It is a deep red gemstone that comes in many different kinds.

This article will talk about what garnet means, how it got its name, all about this stone, and how to choose a garnet gemstone for yourself or to give as a gift to those who were born in January. 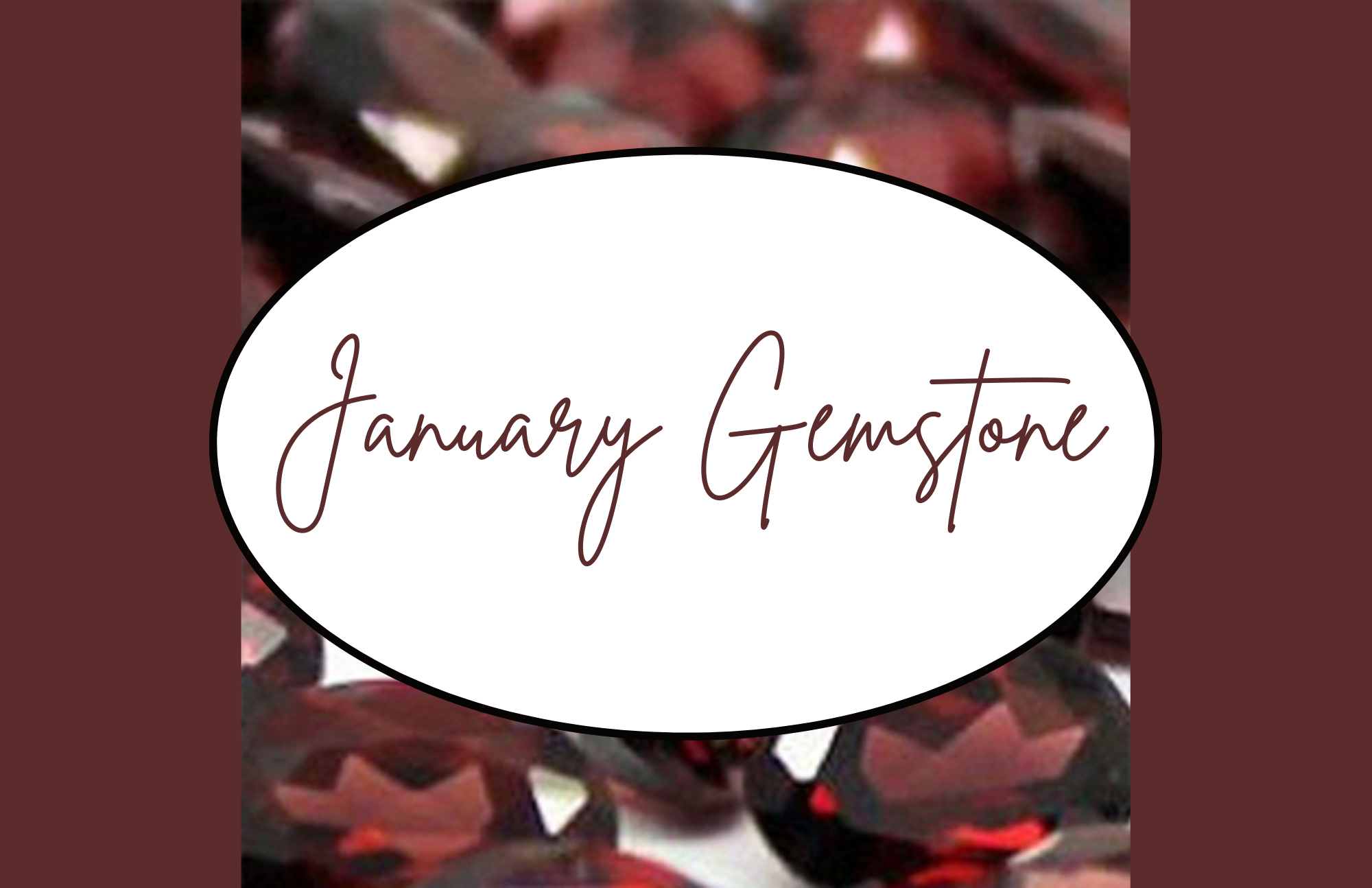 January gemstone words on a white oblong background with garnets

The garnet gemstone is the January birthstone. Garnets come in many different colors and shapes, but they are all deep red stones with a rich color that can be seen from far away. They can be found all over the world, but mostly in Africa, Asia, and North America.

Garnets are mined all over the world. They have been used to make jewelry and other things since ancient times because they are strong and beautiful.

This beautiful stone got its name from an old French word that meant "dark red" and was used to describe it.

Garnet is a stone that symbolizes love and friendship. It is also thought to represent the healing of lovers' wounds.

Garnets have long been seen as signs of love because they are linked to the heart, blood, inner fire, and life force. Garnet can also be a sign of friendship.

Since ancient times, the garnet gemstone has been used to make jewelry. People liked to wear it because they thought it would keep them from getting sick or being hurt by evil spirits.

Garnets are mostly used as accent stones or as parts of ring settings in modern times. 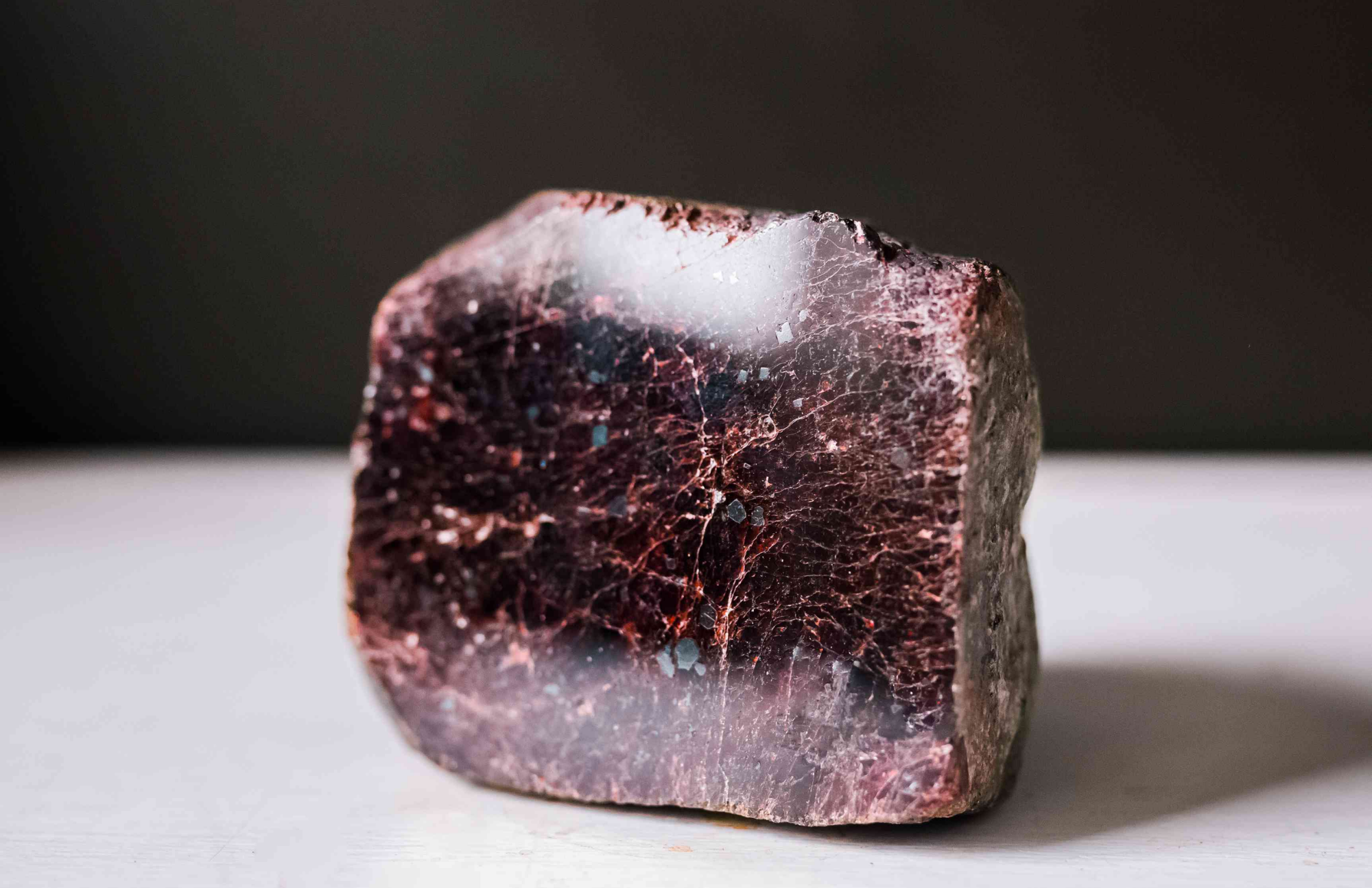 Garnet in its natural rock form

Garnet is one of the oldest gems that we know of. It has been around since the Bronze Age.

Garnet necklaces and talismans, which are engraved rings or stones thought to have magical powers and bring good fortune, were found in the tombs of Egyptian pharaohs.

Ancient Greeks and Romans thought it was very valuable. They used garnet signet rings to seal important documents with wax.

How Garnet Was Used Before? - Folklores

Garnets are one of the oldest stones that people have ever known about. Long before diamonds were used, they were used by ancient civilizations as decorations and jewelry.

How To Buy An Excellent Garnet For Your Lover's Birth Month?

This stone is believed to be the best gift you could possibly give to your lover's birth month, especially in the month of January. And they make a great gift for someone you care about.

You can find the best garnet to buy by using the tips given below:

Think About The Color Of The Garnet First

As a general rule, look for a garnet that matches the skin tone of your loved one. If you know what color their skin is, look for a stone that comes as close as possible to that color.

If you don't know what color their skin is, choose a lighter or darker shade based on what you think would look best on them.

Think about how clear the stone is.

Check how well garnets reflect light and how many inclusions they have when you look at them. There may be lines or bubbles inside the gem.

Best Ways To Use Garnet In Jewelry Designs

Garnet can be used in jewelry in a lot of different ways. Necklaces, rings, earrings, and bracelets can all be made with garnets.

They can also be added to gold pendants or silver earrings to make them more interesting!

Garnets are often put together with other stones, like diamonds, to make them look better and increase their value.

Why Is Garnet The Gemstone For January?

Garnet is a gemstone that comes in many different colors. Most people think of crimson garnet, but pink, green, orange, and purple ones are becoming more popular. In the Middle Ages, people thought that January's birthstone could protect its wearer from poisons, wounds, and bad dreams. They also thought it could cure depression.

What Is Garnet Stone Good For?

Garnet activates and balances the Root Chakra, detoxifies the blood, and keeps the heart healthier. Garnet benefits are innumerable. It makes the spleen and lungs stronger and heals broken bones in the spine. It also helps with depression, and people used to think that wearing a Garnet stone kept them safe from poison.

What Does Garnet Protect From?

Ancient travelers wore garnet gemstones because they thought they would light up the night and keep them from having nightmares or getting into accidents. During the Bronze Age, Garnets were used in burial jewelry and carved signet rings to show who was in charge (300 BC).

Garnet is the gemstone for January. Garnets have been worn as jewelry for a long time. They are one of the few gemstones that are mined and found in nature instead of being made in a lab. Garnets usually come in many colors, such as red, orange, light green, yellow, purple, and blue. Most people choose a deep red or dark red-orange color.