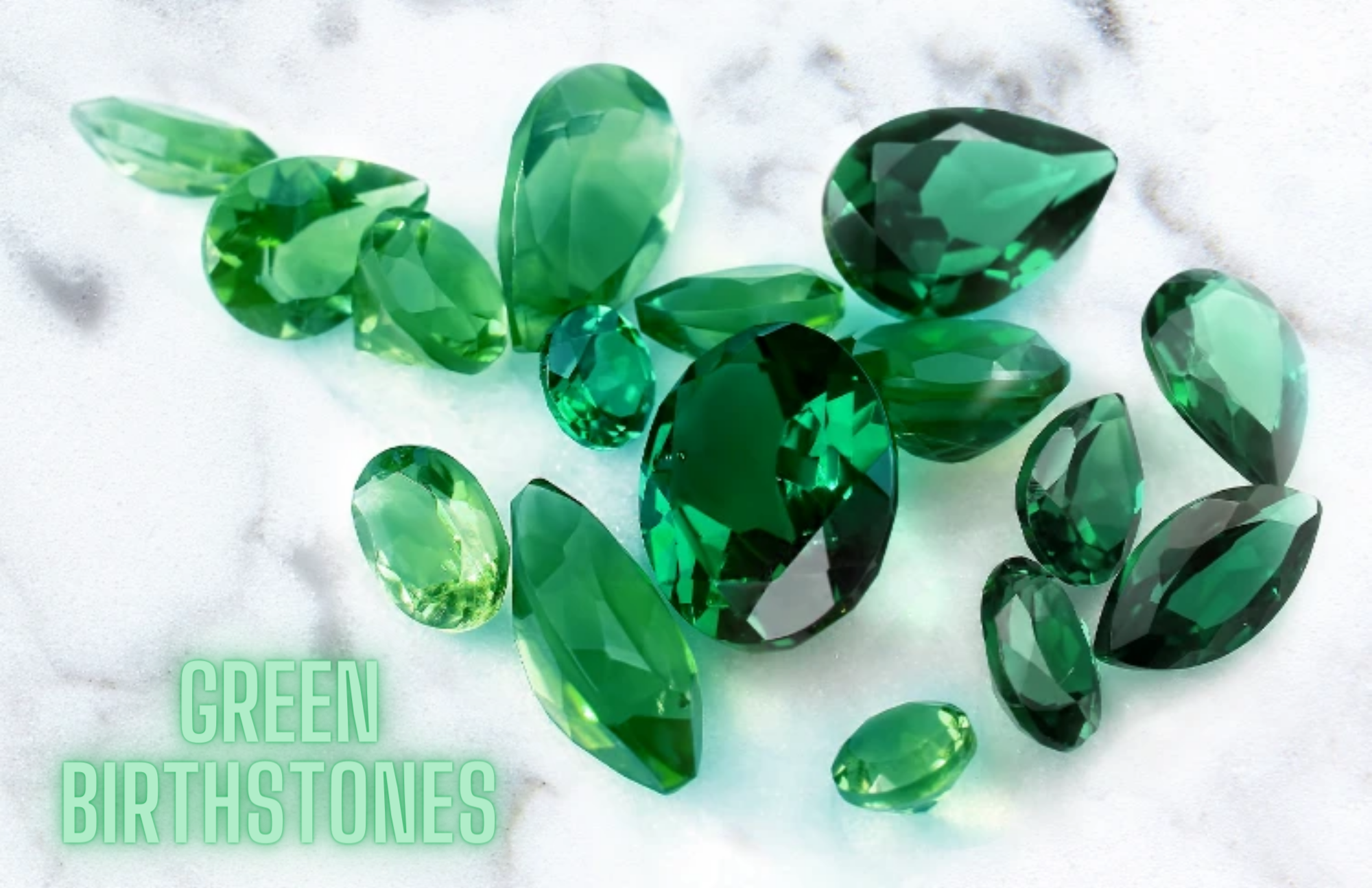 Green isn't that rare, but it is one of the most refreshing colors. This represents the color of nature and it gives the same benefits as what other people say.

That's why when it comes to gems, they like them so much, especially in birthstones.

Because of their uniqueness, green birthstones are sometimes referred to as a sign of a "new beginning".

What Does A Green Gem Mean?

In addition, the color green is connected with rebirth, spring, and balance.

Moreover, it holds a special place in some religions, including Islam.

When it comes to birthstones, green is a color that is frequently selected. Additionally, it is a symbol of the flourishing of life and the natural world.

In the Christian religion, the color green was associated with celebrations and Sundays because it was thought to represent "hope and joy and the bright promises of youth."

When looking at a green color, the eye is allowed to relax, which may be the reason why ancient peoples used green stones to treat a variety of eye conditions.

Theophrastus, who was Aristotle's successor, is credited with making the first known mention of the therapeutic use of emeralds to treat eye conditions in the third century BC. This work is considered to be the earliest mention of its kind.

There are lots of green gems that are used as birthstones, and here they are: 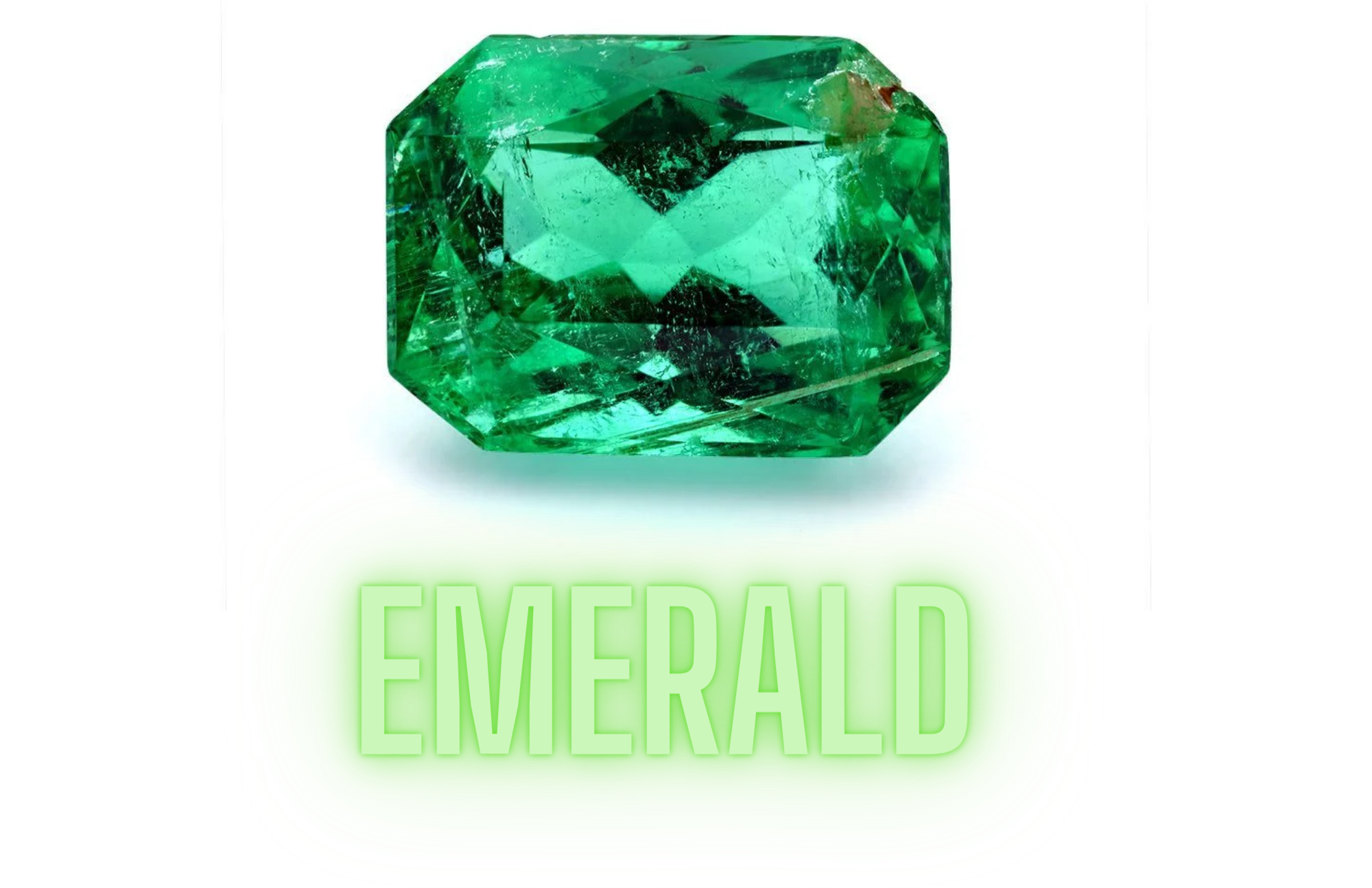 The emerald which symbolizes rebirth and renewal has been prized for millennia and is May's traditional birthstone.

Emerald which is widely considered to be the essence of the color green is an excellent choice for the season of spring.

It is being said that it will reward the wearer with the gifts of insight, good fortune, and youth. The word "green" can be translated from Greek as "prásinos," which is where the term "emerald" originates.

This beautiful and well-known birthstone is also known as the queen of all green stones. 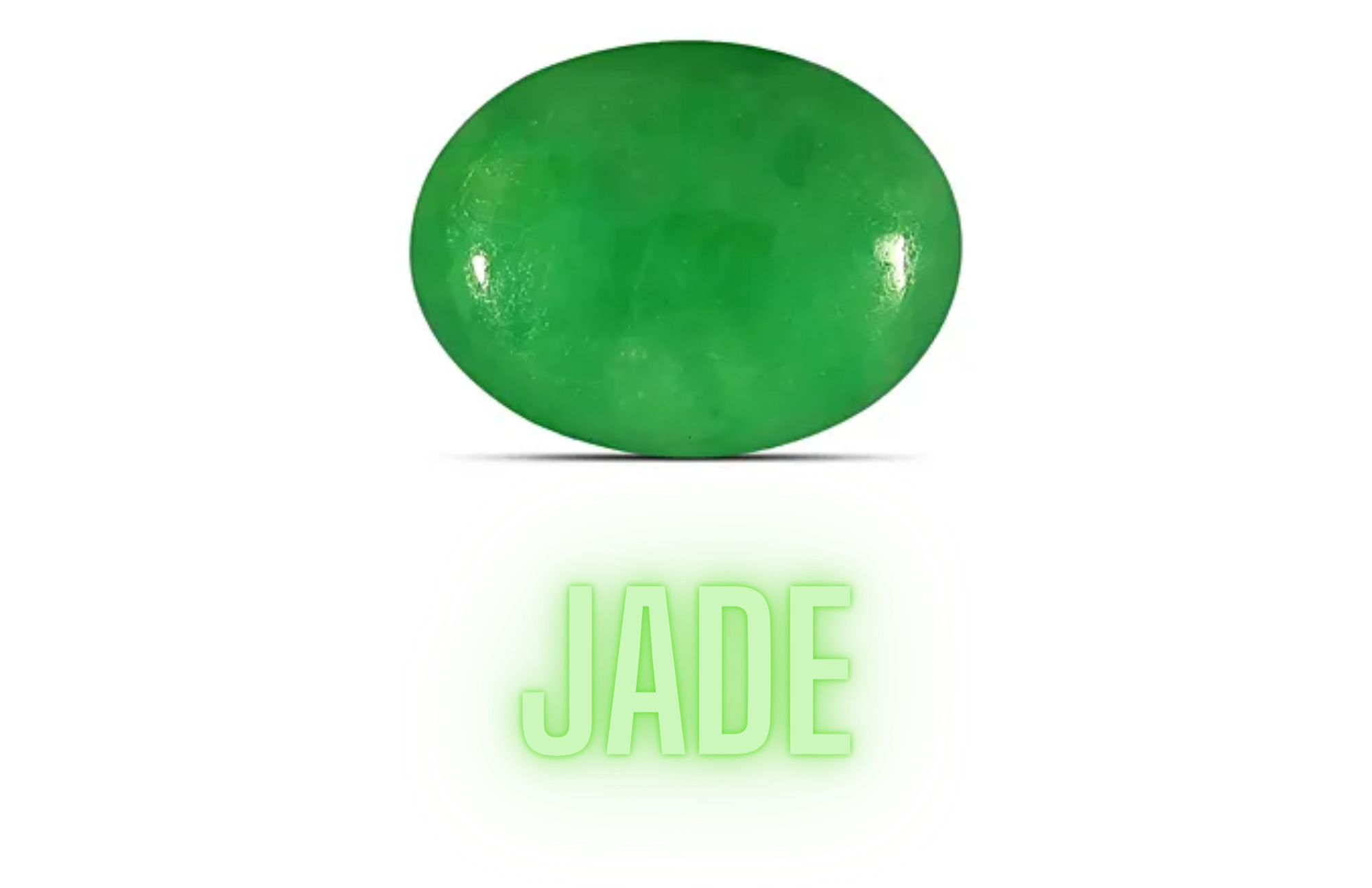 Jade is one of the birthstones linked with the month of August. Jade is a type of stone that is noted for the vivid green color it often displays.

Despite the fact that it may actually be found in a variety of colors other than green.

Jade has been known for more than 7,000 years, and although one could believe that it has been used mostly in decorations, it was initially a very practical stone that was used for tools due to its great hardness.

Jade has been used for ornaments ever since.

Jade was traditionally placed in the mouths of the deceased by the Mesoamericans, Chinese, and Ancient Egyptians.

The majority of the time, they would use green stones, which were supposed to represent the heart. It's important to note that in the ancient chakra system, which was developed to describe the energy of the body, the color green was associated with the heart chakra. 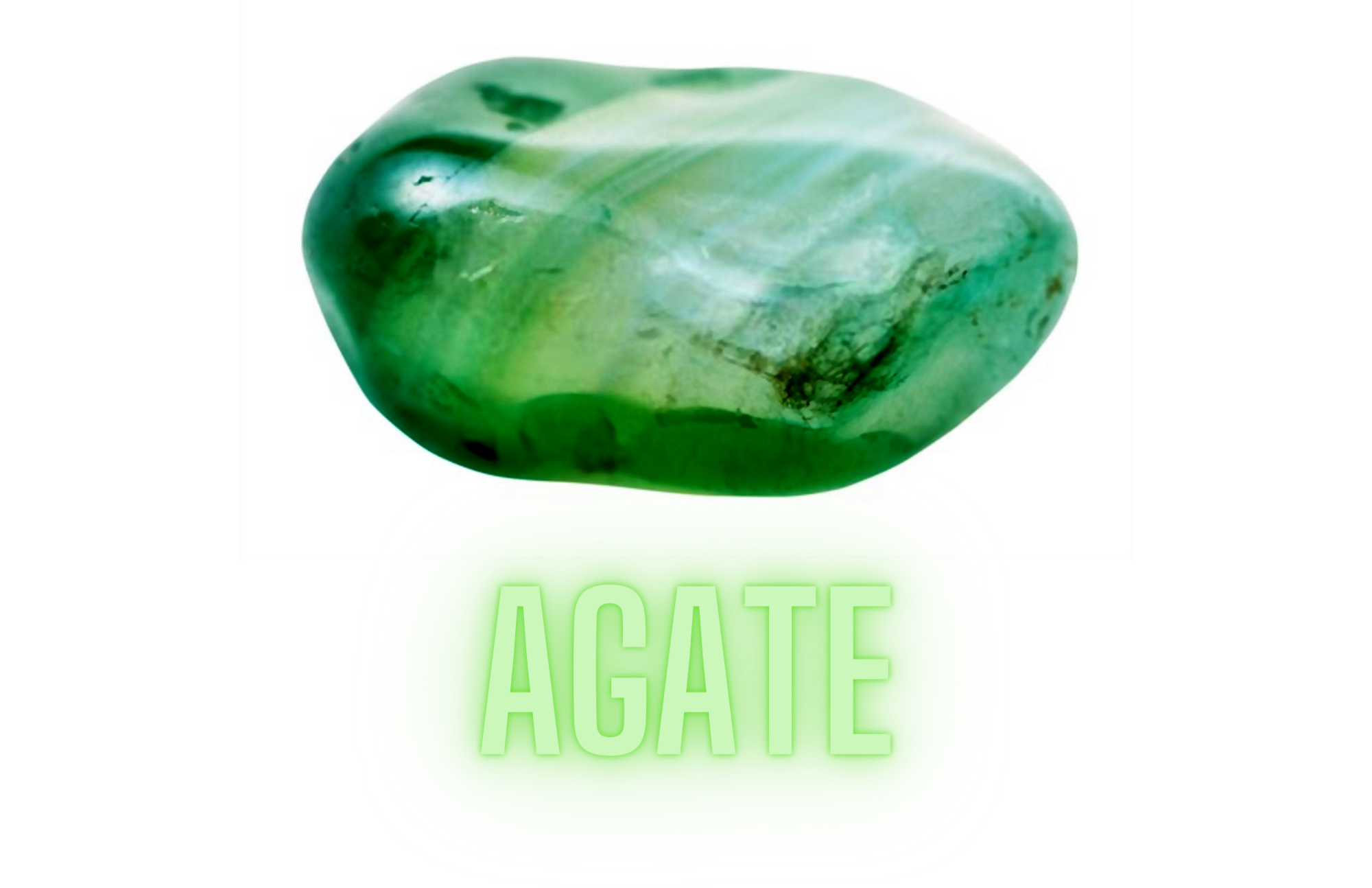 Different types of green colors in an agate stone

Agate or also known as Moss Agate is classified as a semi-precious stone.

It is a type of chalcedony that is made from silicon dioxide and has minerals that are green in color set within the stone. The stone itself is a variety of chalcedony.

The name of the stone comes from the green flecks that may be seen within it; these specks all mimic different parts of the natural world.

The stone was first extracted from the Achates River in Sicily more than three thousand years ago, which is where the name "agate" originated. 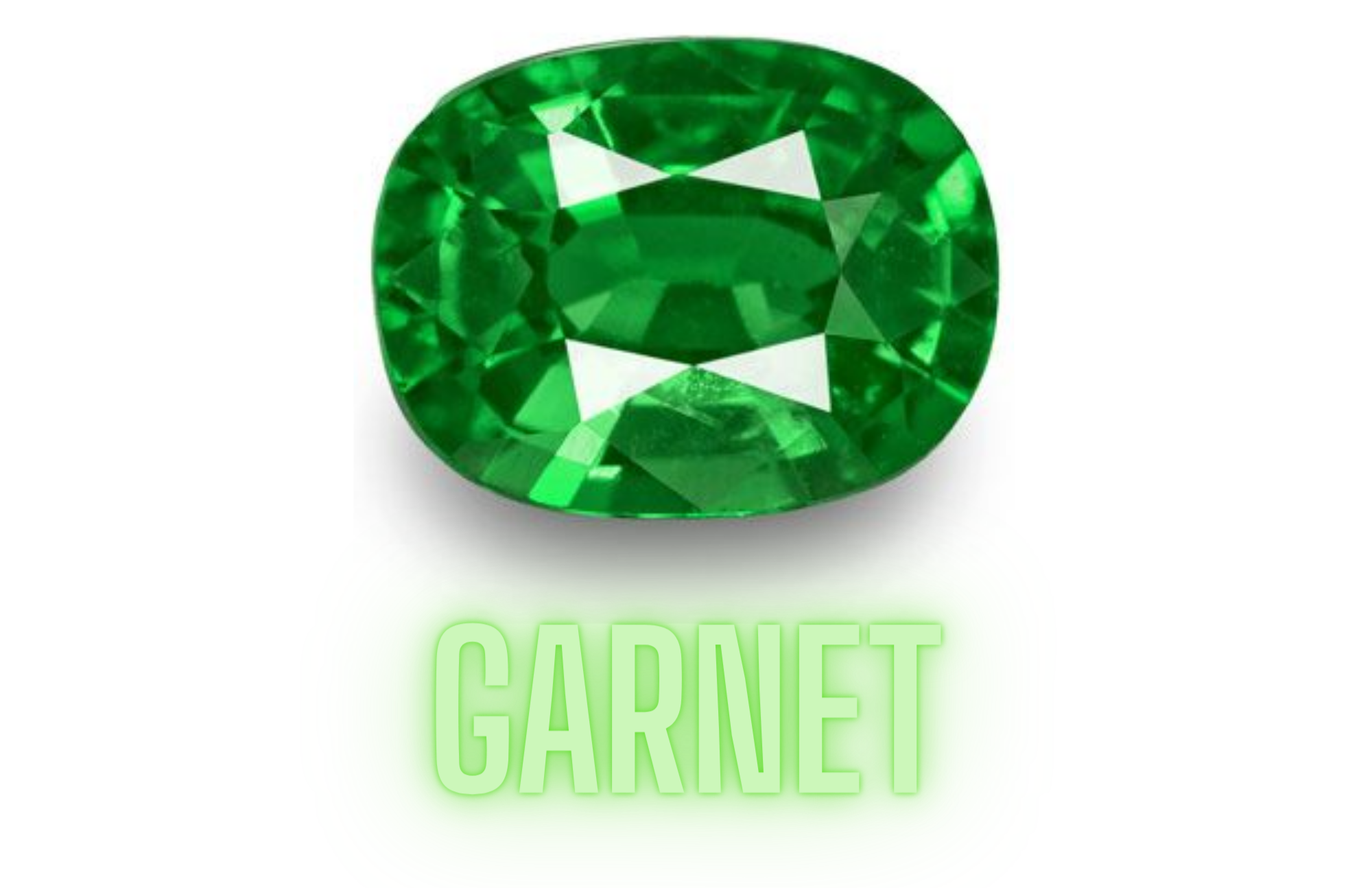 Garnet is believed to be a lucky birthstone for those who were born in January since it is both a gorgeous and powerful gemstone.

Although garnets are most often red in color, they can also be found in a stunning array of other colors, such as orange, yellow, purple, and even a brilliant green!

The beginning of affection and companionship garnets have a long history of being seen as symbols of love due to their ties with the cardiovascular system, blood, inner fire, and life force.

The meaning of garnet also includes the concept of friendship.

Green Tourmaline is a stone that is known to bring warmth to the heart and assist in regenerating one's vital life force energy.

Its vibration assists one in connecting with their emotional body and gaining a better understanding of the feelings that they experience.

Because our minds are so constantly distracted by a number of stressful events, it is easy for someone to connect how they are feeling to factors that are unrelated to their experience.

The use of tourmaline can help in the creation of a safety barrier surrounding a person or space, which can block off unwanted or undesired energies.

Additionally, it helps to balance all of the chakras and it has a grounding effect. The stone is capable of dissolving demanding energy as well as negative thought patterns, so transforming them into energy and thoughts that are more useful.

Who Should Wear Green Gemstone?

Green gemstones are lucky stones for people born under the astrological signs of Taurus, Gemini, Virgo, Libra, Capricorn, and Aquarius, in general. It is recommended that green gemstones should be set in a silver ring and worn on the ring finger of the right hand's little finger. In addition to this, the gem can be worn inside of a locket that is strung with either a silver chain or a green thread.

How Do You Wear A Green Stone?

Greenstone rings are most commonly worn on the ring finger of the little finger and can be paired with either gold or silver. When worn by a man, it should be held in the right hand, however, when worn by a woman, it can be held in either the right or left hand. Pinky finger, also known as the little finger or promise finger, is the moniker given to the finger that is next to the smallest.

Is Green Tourmaline Same As Emerald?

Include some of these beautiful and refreshing green birthstones in your collection of stones as soon as you can. You can advance your progress and acquire benefits by using green stones. Could they interest you in trying out one of these birthstones? Check it out for yourself to see if it will really be to your advantage. If you want to see other green stones, the birthstone.guide has lots of them, you must check them out.