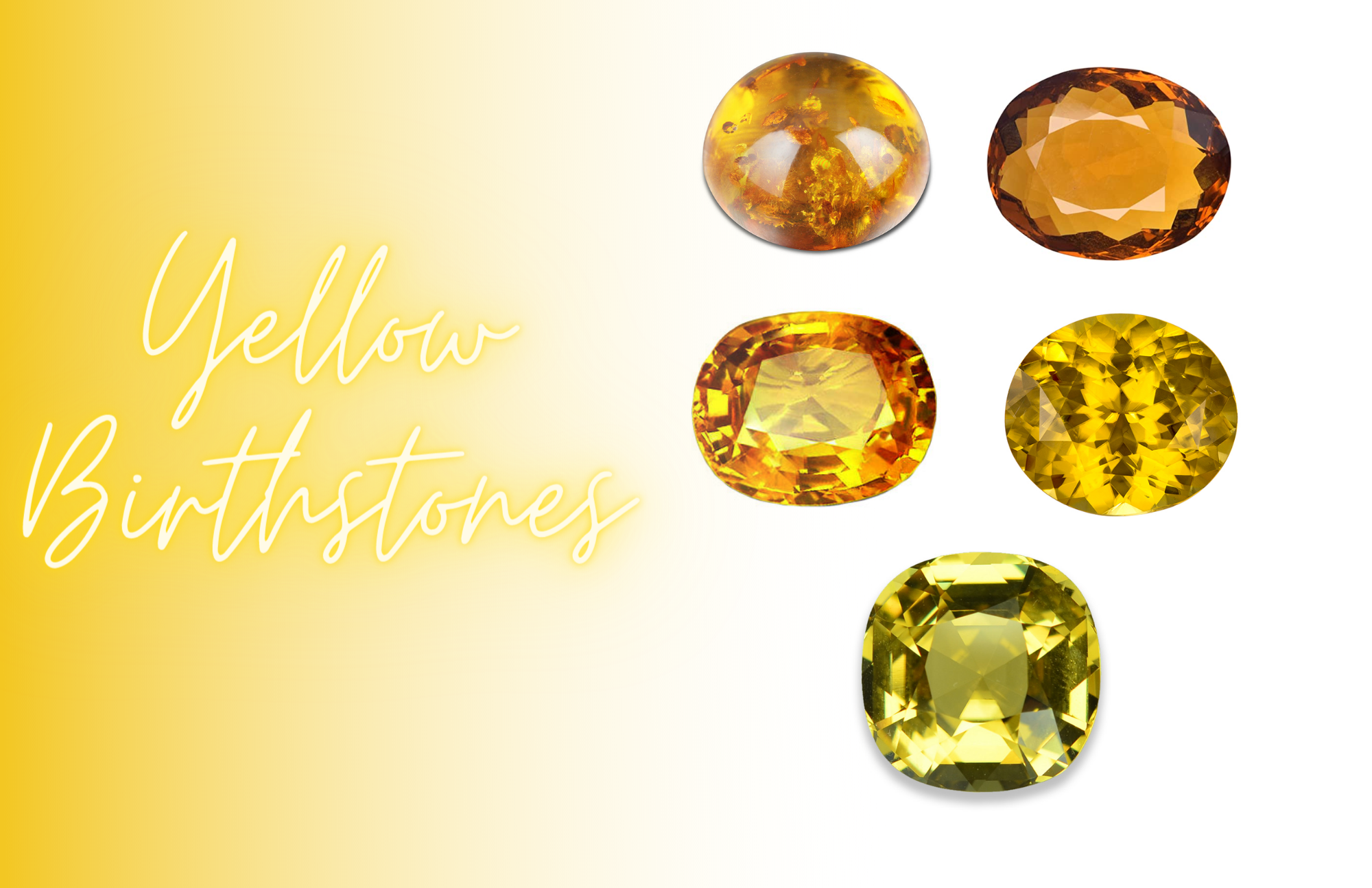 When it comes to jewelry, yellow birthstones are extremely uncommon. When individuals want anything to be aesthetically pleasing, the majority of the time they choose colors like black, white, or any light and pastel colors.

Do you find the color yellow pleasing to the eye? If this is the case, then you are going to really adore the birthstones that I am about to show you.

But before we get into that, I wanted to know if you've ever given any thought to whether or not the color of birthstones has any special meaning attached to it.

The Significance Of Color Of Birthstones 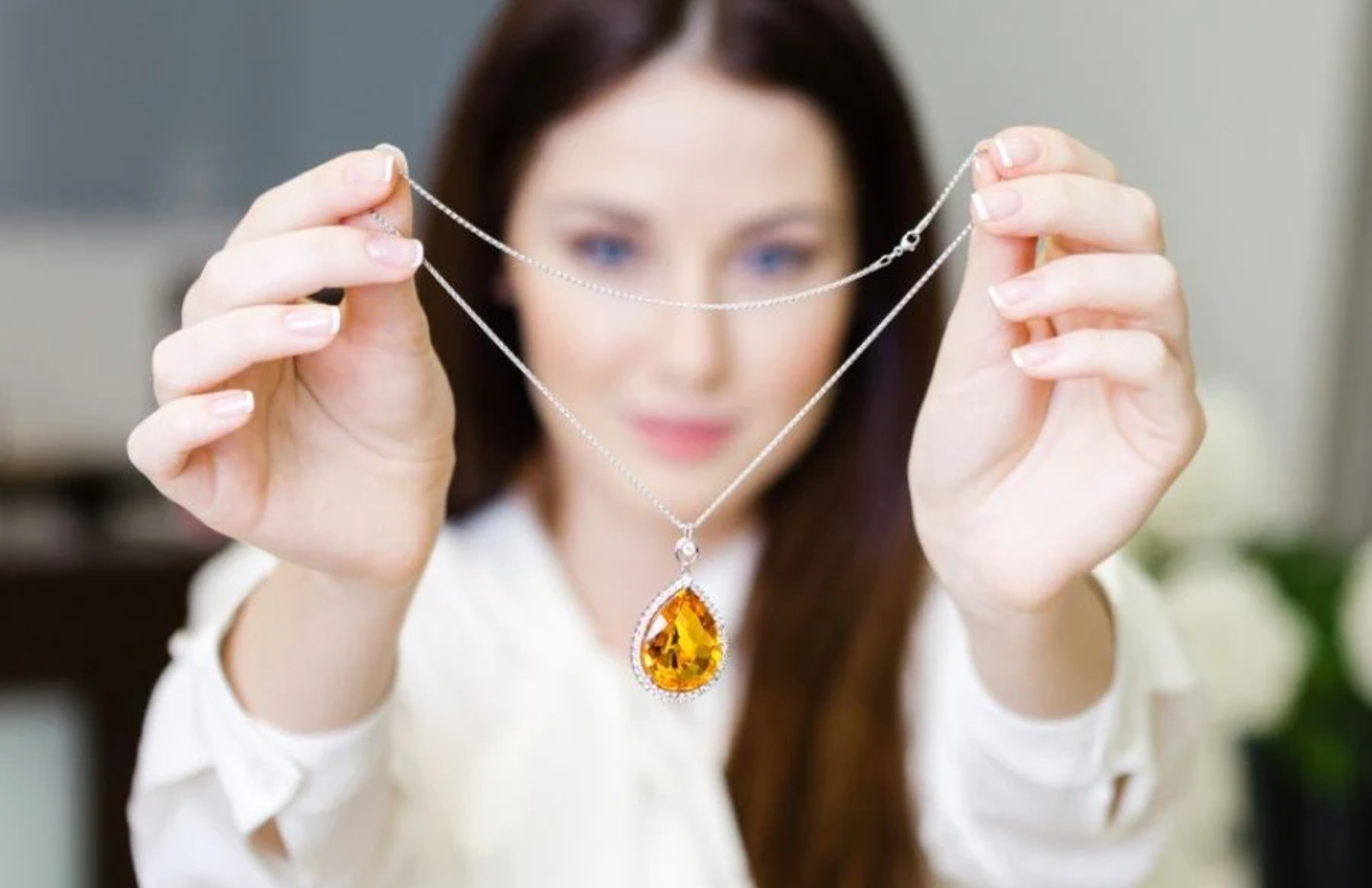 A white woman holds a lace with a yellow topaz pendant

In ancient days, the meaning of different colors of gemstones was highly significant.

In terms of precious stones, yellow was considered to be an indication of generosity, and it was customary for men to wear it when they were holding a secret.

Because of the significance of colors in Christian symbolism, several precious stones were used in the design of Christian jewelry and ornaments.

The author of this article manually chose the five birthstones you'll see below. You can decide what to use after seeing the stones. 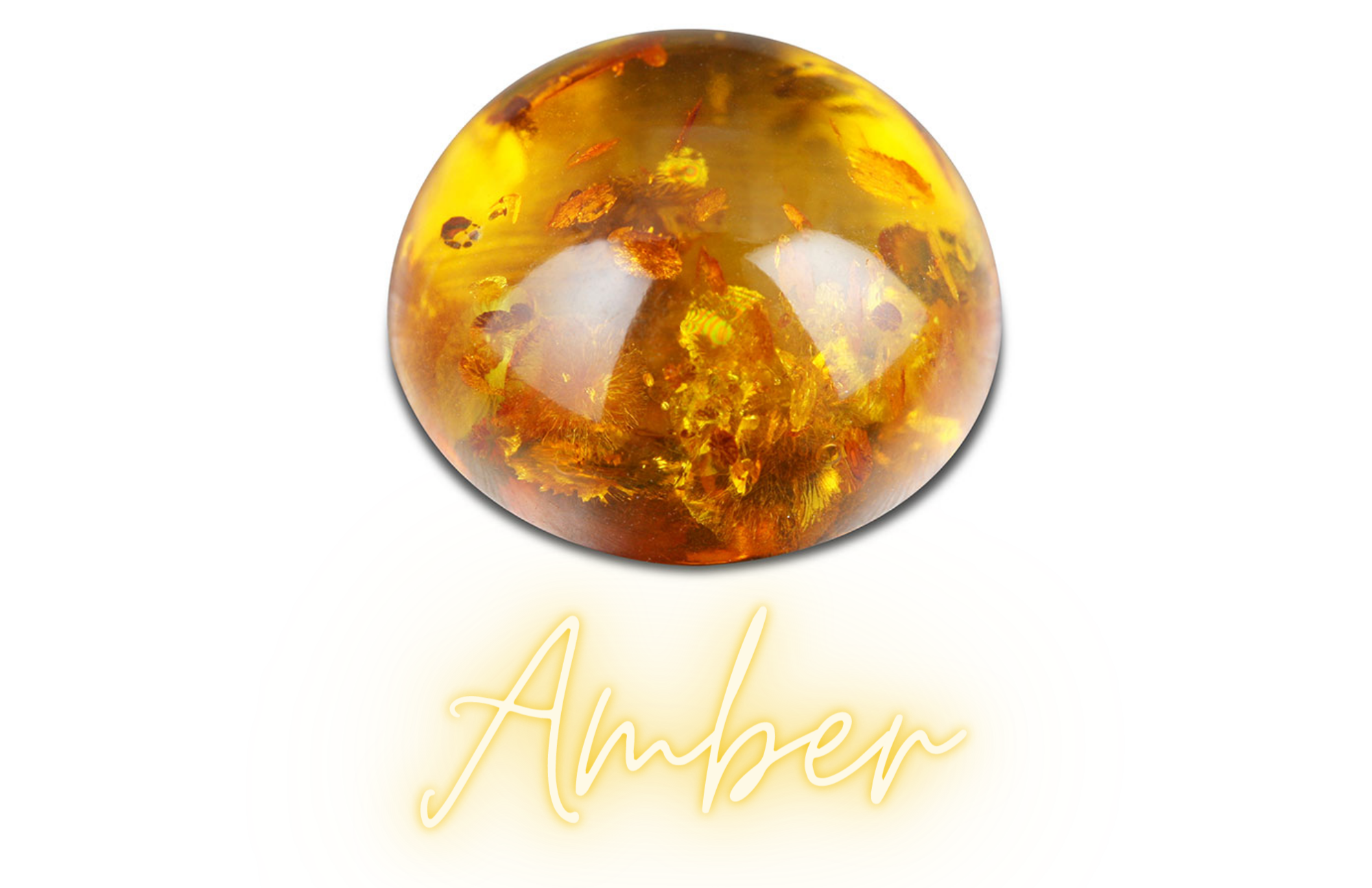 A round transparent yellow Amber stone

Amber is a traditional gemstone that ranges in color from a light yellow to a brilliant dark yellow and often has an orangey tone to it. It may be found in all of these shades.

This precious jewel is not a stone at all; rather, it is a tree resin that has been set and hardened over time.

In spite of this, healers from all different eras have praised this gem for the virtues it carries.

The beauty of amber lies not only in its outward look but also in the strength of its ability to heal not just the body but also the mind and the heart of those who live it is intended to impact.

Who Can Wear Amber Stone?

The Amber stone is thought to help the person who wears it in a number of ways. Since the stone is good and doesn't have any bad energy, anyone can wear it, no matter what their Horoscope or zodiac sign is. 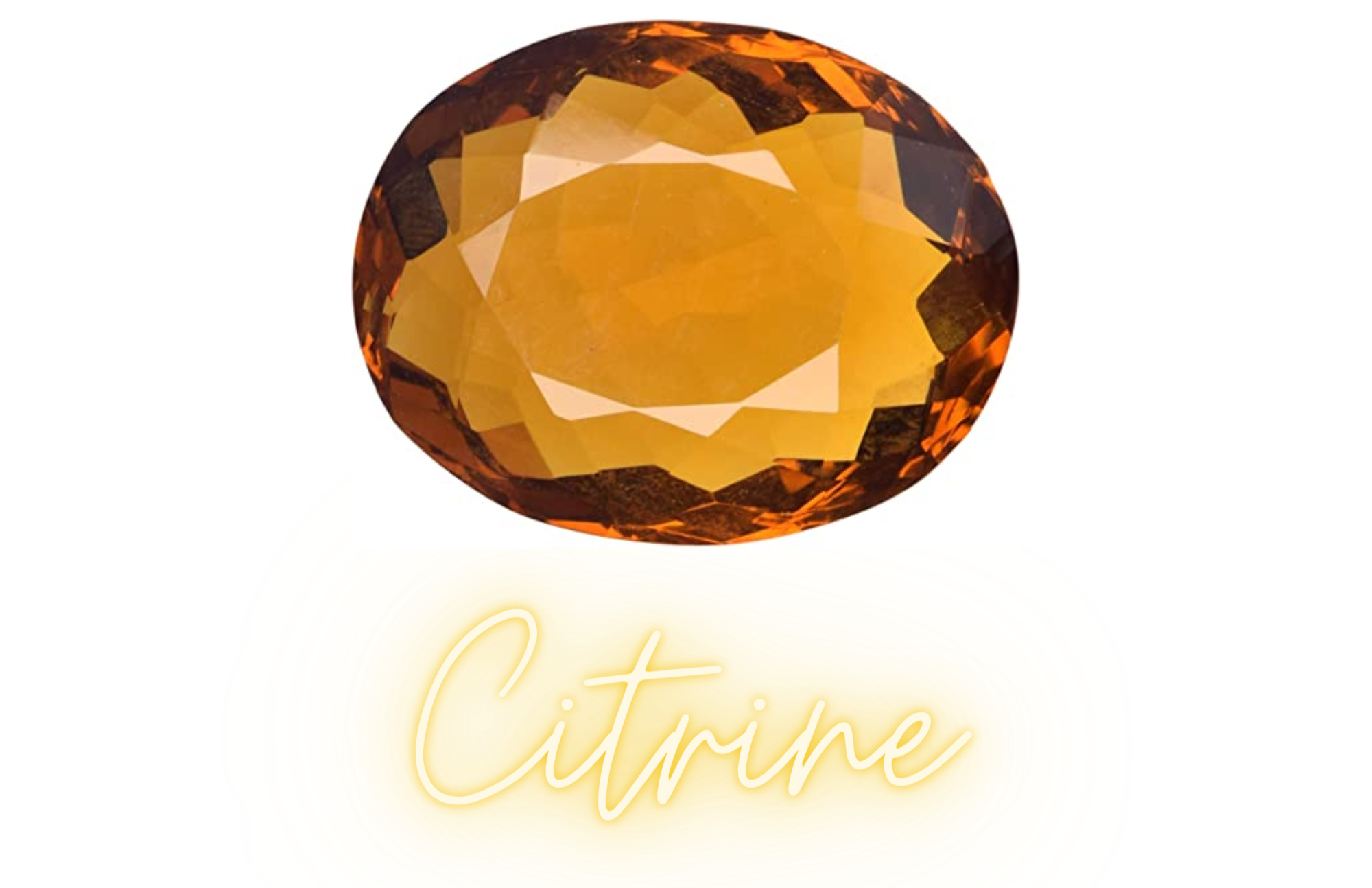 Citrine, which is a kind of quartz, is another yellow gem that is commonly associated with having a birthstone.

Citrine is a type of quartz that is yellow in color, and its name originates from the Old French term for the fruit lemon.

This beautiful color is supposed to be a gift from the sun, which is why this golden gemstone is the ideal choice for warming up an otherwise chilly autumnal month. Ever since ancient times, citrine has been widely used as a favored decorative gemstone.

As citrine bears such a striking likeness to yellow topaz, it should come as no surprise that the two gemstones, which are both associated with the month of November, have a history of being confused for one another and are believed to possess similar properties.

Some people believe that citrine is a healing gemstone because it has relaxing, soothing, and pleasant properties.

Who Can Wear Citrine Stone?

Vedic astrology prescribes sunela ratan for dhanu (Sagittarius) and Meena (Pisces) Rashi. Citrine is the birthstone for Sagittarius, according to Western astrology. The Aries, most Cancers, Leo, and Scorpio signs can also wear this gem. 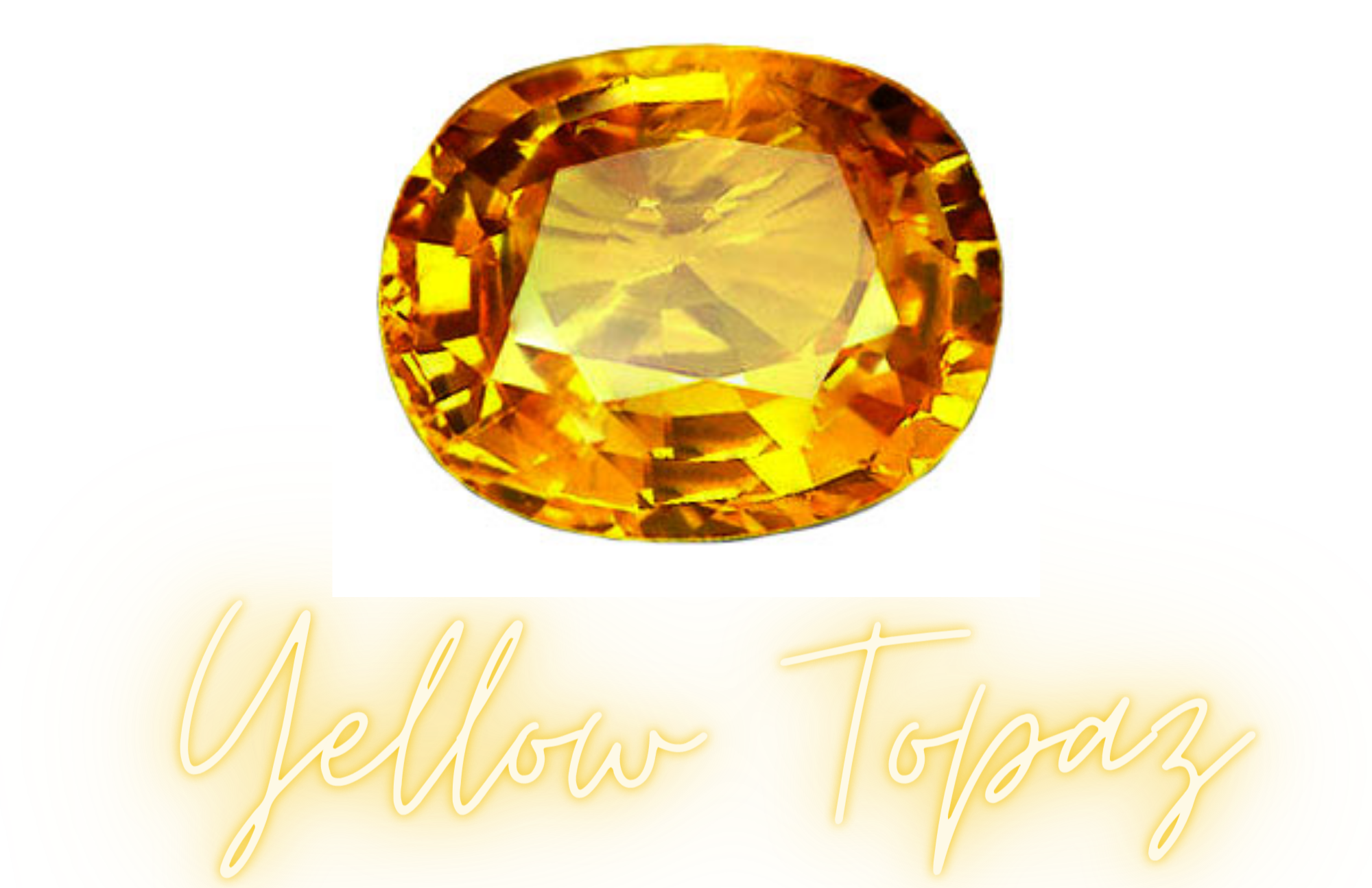 The brilliant yellow topaz is one of the birthstones associated with November. It is the perfect representation of the month that is dedicated to giving appreciation because it is the gem of harmony and hospitality.

Those who wore this magnificent yellow stone throughout time found it to be a source of inspiration as well as comfort and protection.

Topaz was considered to have healing and protective properties by ancient Egyptians and Romans because of its vivid yellow color, which was said to have been associated with the god of the sun.

Who Should Wear Yellow Topaz Stone? 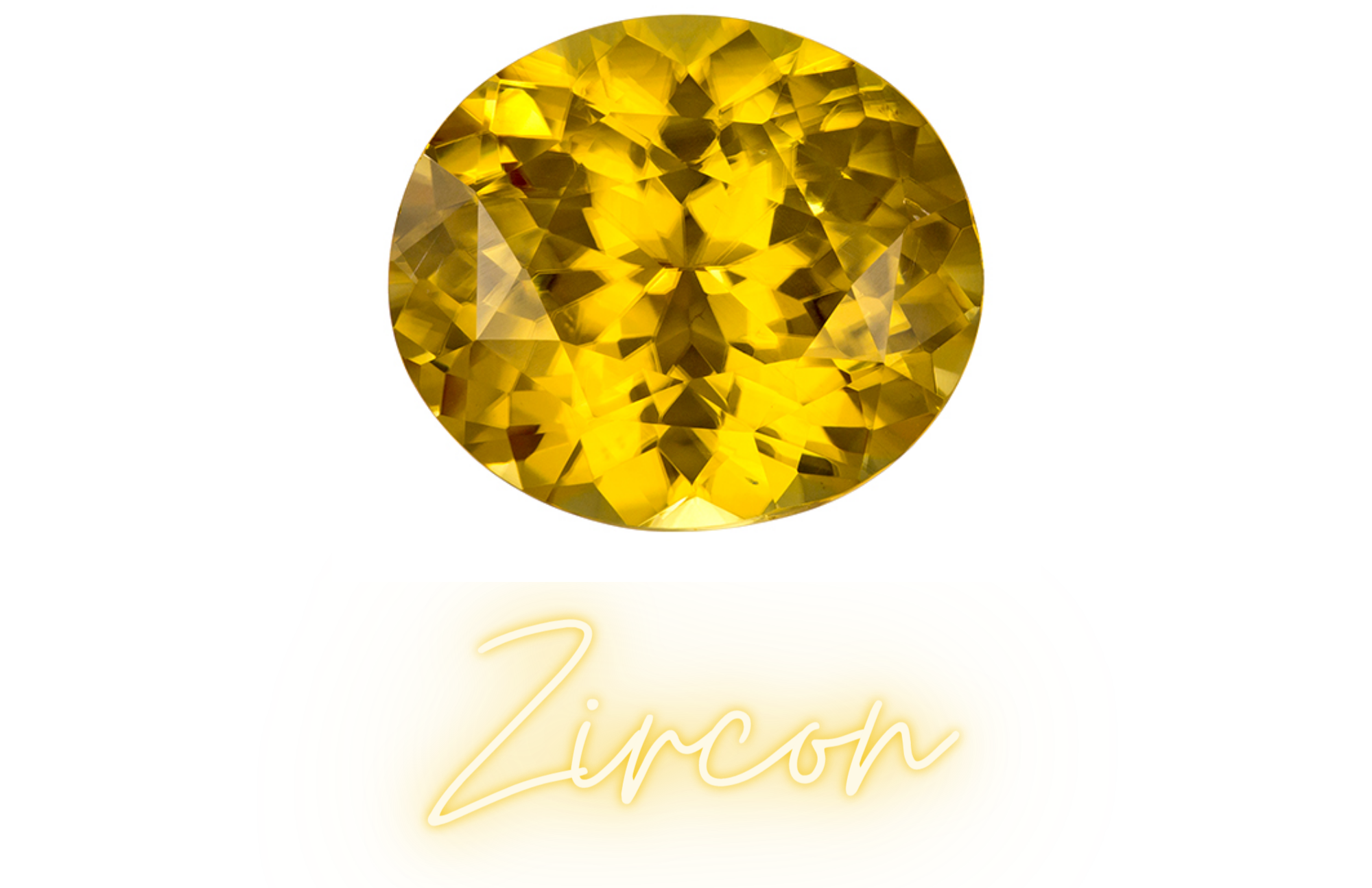 A round yellow zircon stone

Zircons are brilliant gemstones that are available in a number of shades of yellow, ranging from a pale yellow to a medium to a deep yellow. It is important not to confuse these precious stones with cubic zirconia, sometimes known as CZ, which is a man-made substance.

The term "Zircon" originates from the Persian word "zargun," which can be translated as "golden hued."

Don't let the sound of the name throw you off. Since ancient times, people have worn and prized zircon because it is a natural gemstone that is both magnificent and underrated in its beauty.

Who Should Wear Zircon Stone?

Zircon is thought to be lucky for people born under the signs of Cancer and Libra, in addition to Taurus. This gem can also be worn by Zodiac people whose Venus is in a good place in their horoscope. Any man who is having trouble with his marriage can wear this gem. 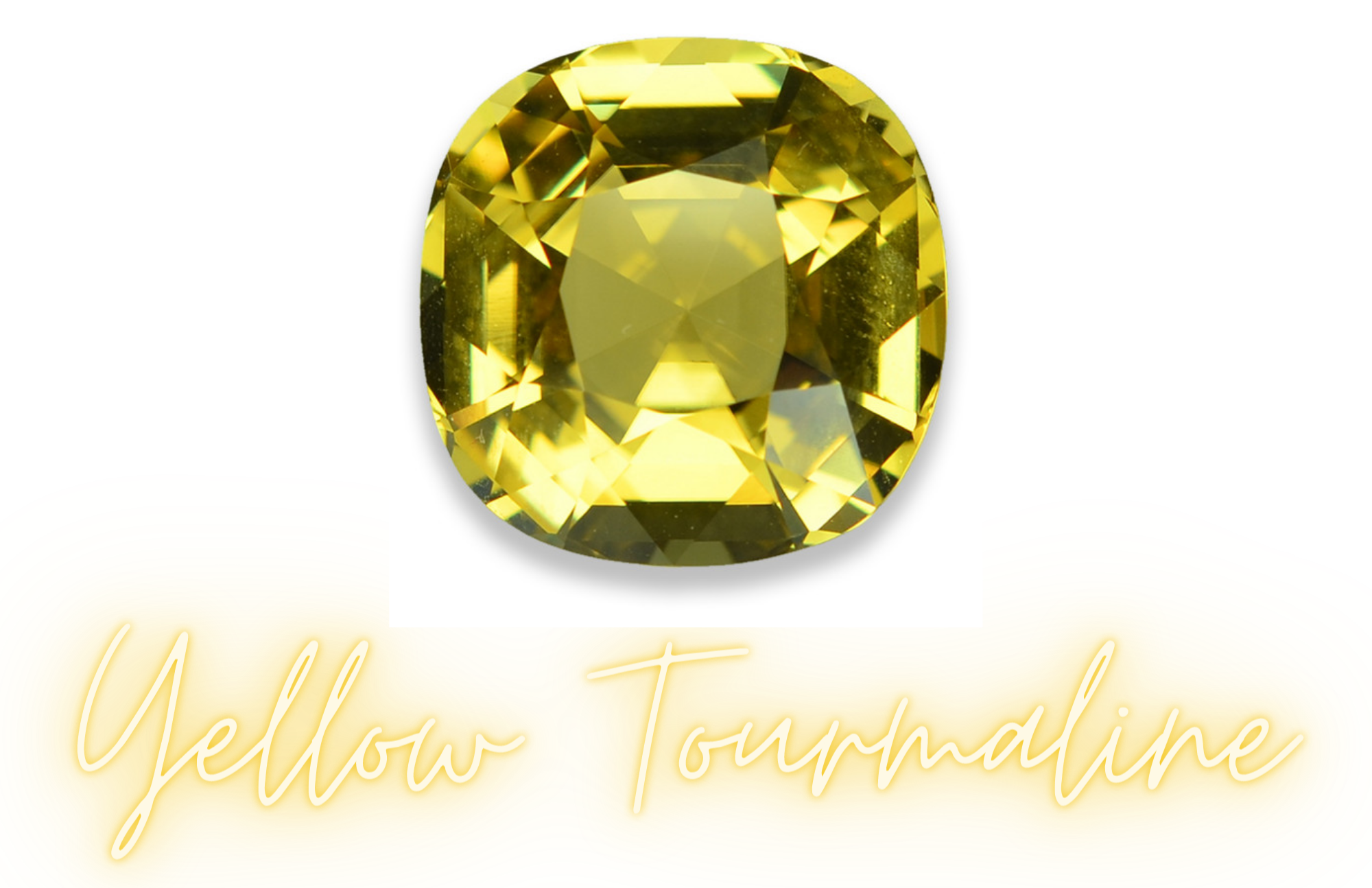 The kind of tourmaline known as yellow tourmaline is specifically yellow in color. With a range of colors from Vibrant to Champagne Yellow, a color that has received a lot of attention in recent years due to how brilliant it is.

Canary tourmaline is a specific variety of tourmaline that can sometimes be identified by its characteristic brilliant yellow coloring.

People who have suffered a broken heart are said to benefit from tourmaline since it promotes love, soothes emotional suffering, and eliminates disturbing feelings.

It soothes the negative feelings that might cause relationships to become stressful.

It has also been said that yellow tourmaline is a stone of reconciliation, a stone that encourages compassion and clear thinking, a stone that releases the energy that attracts money, healing, and friendship, and a stone that may be utilized for grounding, to stabilize, and to reaffirm our Earth roots.

Who Should Wear Tourmaline?

Tourmaline can be worn by anyone. This gem won't hurt you in any way. You shouldn't wear this sub-stone on Tuesday or Saturday. Rest, you can wear this replacement on any weekday.

Citrine, sapphire, topaz, tourmaline, and transparent opal are the five yellow gemstones that can be found in the greatest quantities on the market.

Other variants include yellow andradite garnet, spessartine and Mali garnets, beryl, sphene, zircon, and spodumene; types of labradorite and orthoclase feldspar that are translucent; and varieties of spodumene.

What Do Yellow Rocks Mean?

I do not understand that occurrence in the same way that you do. And not even a single additional word. Yellow Rock is very similar to Gray Rock; the only difference is that when you communicate in Yellow Rock, you also say "Hello," "Thank you," and "Please."

What Is The Rarest Yellow Gem?

What Kind Of Rock Is Yellow?

There are a number of yellow minerals that are uncommon in their natural environments but may be found in large quantities in rock shops and at rock and mineral displays. Gummite, massicot, microlite, millerite, niccolite, proustite/pyrargyrite, and realgar/orpiment are some of the minerals that fall within this category.

Have you already decided which option will work best for you? You may always check them out online if you are interested in seeing different options for yellow birthstones.