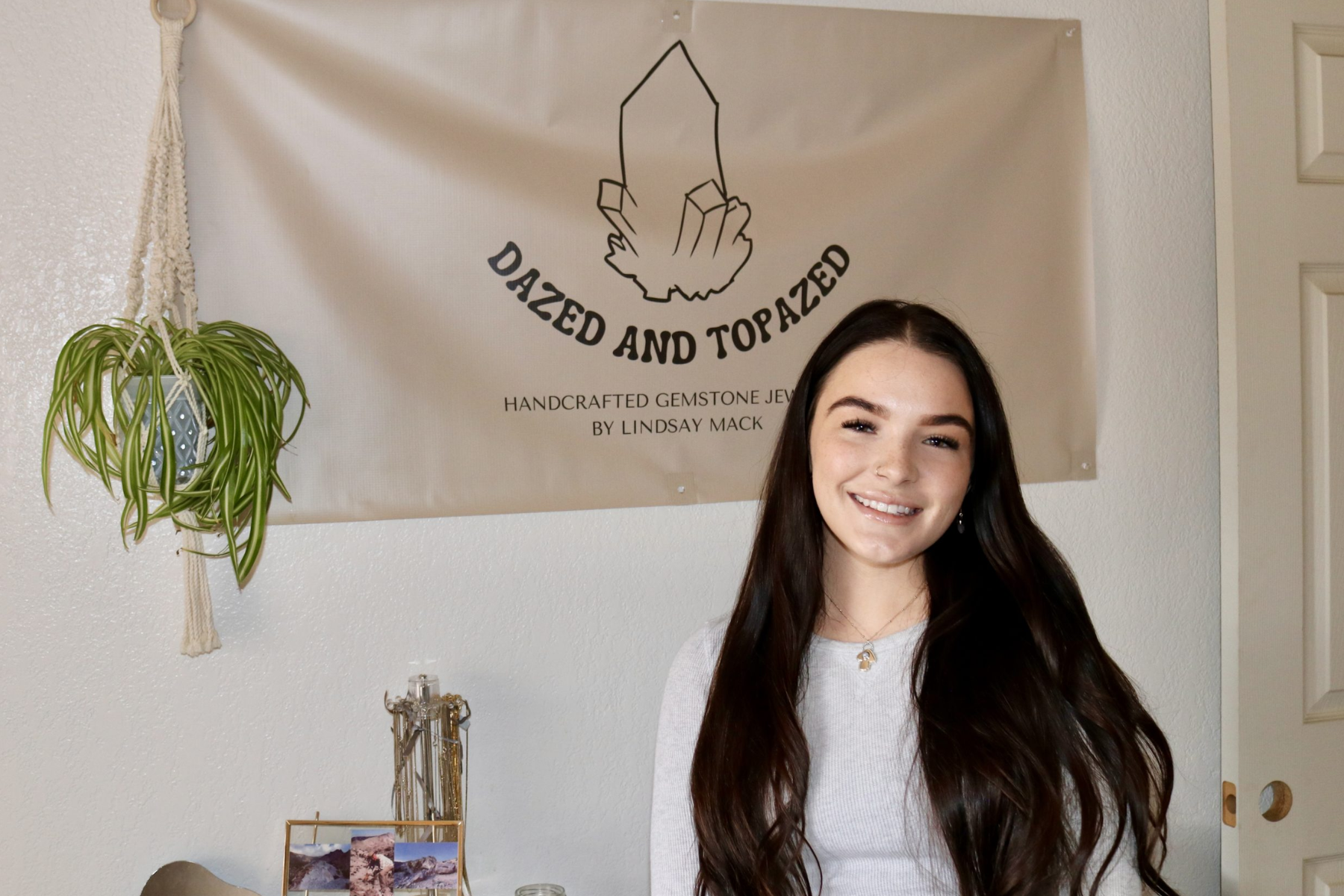 A woman starts jewelry business with her late grandfather. She has spared no effort in her endeavor.

Lindsay Mack, the owner of Dazed and Topazed, said:

I kind of just let the jewelry make itself. I choose out stones, and then it’s like, this wants to be a necklace, and so on. But I really just love making them all.

A Grandfather's Talent That Was Passed Down To His Dedicated Granddaughter

Throughout his entire life, Mack's grandfather was a passionate rock collector. As part of his job with the Bureau of Land Management (BLM), he was required to spend a lot of time in the desert, where he would regularly come across interesting rocks and add them to his collection.

When she was a child, she spent a lot of time with her grandfather "played in the dirt" and collecting rocks. According to her, despite the fact that he was talented in other areas, like crafting complex arrowhead pieces, he never got into the jewelry-making business.

I’ve always been crafty and tried to make things out of something. Craftiness runs in my family. But with the jewelry, it was creepy. It was just so easy and natural.

The year 2020 marked the passing of her grandfather, and after his passing, she and her family were given his entire rock collection. A huge chunk of topaz that he had personally mined and fashioned for himself was among the items in the collection.

In January 2021, Mack made the decision to design her very first piece of jewelry, which used topaz and wire wrapping. She took this decision while she was working full-time as an aesthetician.

Coincidentally, at the same time, a member of her family decided to leave a position in the jewelry industry. As a result, they were able to gift her with a significant quantity of tools and beginning pieces that she could use to get started in her new line of work.

Mack asserted that she entered the circumstance without having complete comprehension of what she was doing and that she educated herself by viewing videos on YouTube and gaining knowledge through trial and error.

Mack shared, "Whenever I wasn’t at work, I’d be at home playing with rocks and jewelry and trying to balance them both."

She finally made the decision to go for it after a fellow artisan gave her the idea of selling her creations at the downtown location of the Modern Farm and Artisan Co-Op. 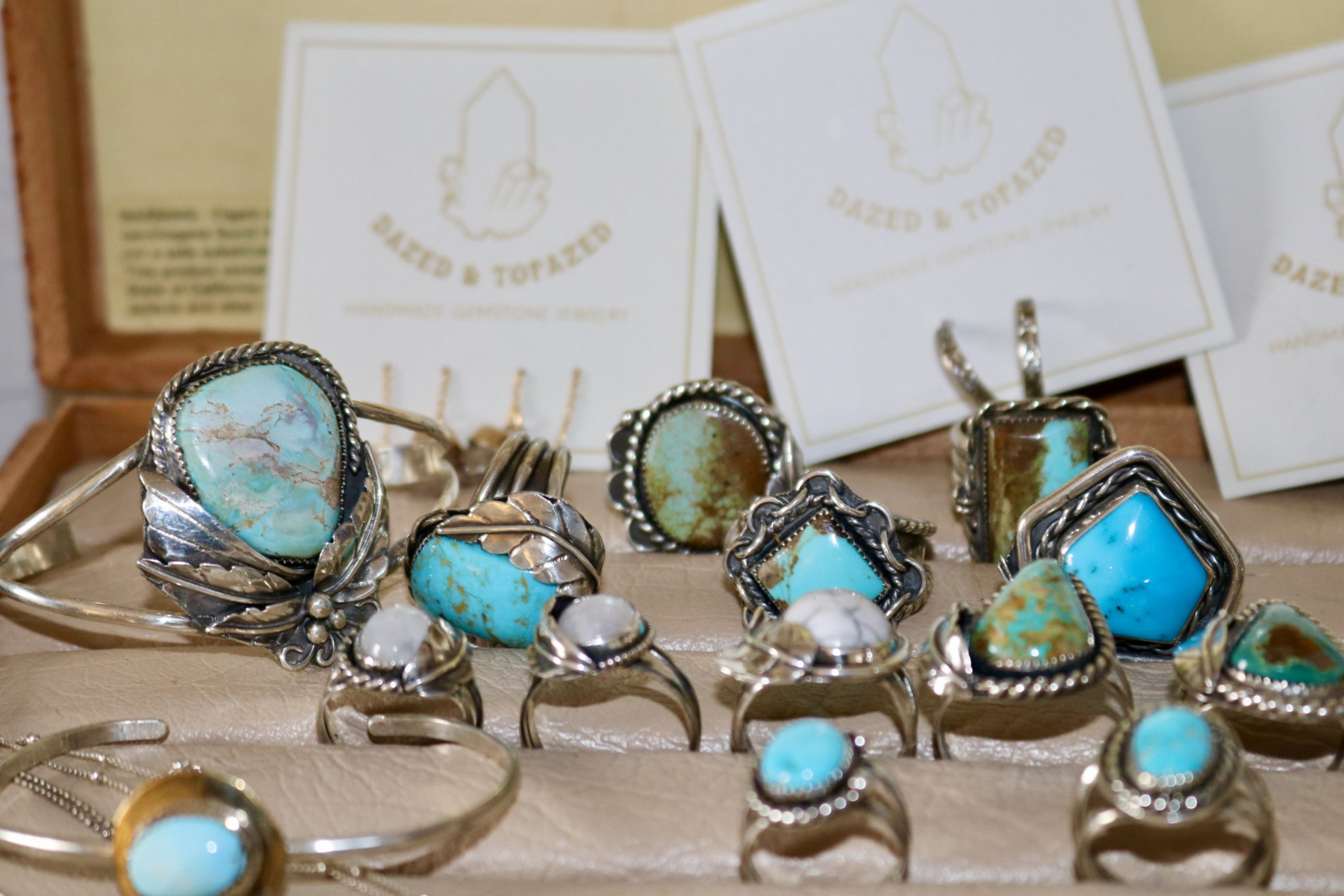 After the success of Dazed and Topazed, Mack decided to devote her entire time to developing her jewelry business.

A substantial portion of her grandfather's rock collection is featured in the works that are now being produced by Dazed and Topazed, in addition to rocks that she discovers on her own. In addition to that, she uses the internet to acquire particular rocks, such as the turquoise that makes up the majority of her collection.

Mack has stated that her primary focus for this year will be on the production of her jewelry, as well as on expanding her presence at additional markets and expanding the number of local stores that carry it.

Butterfly Effect Studio will be the location of a Valentine's Day pop-up shop hosted by Dazed and Topazed on February 11. To view the event's specifics, please click here.

St. George's downtown Modern Farm and Artisan Co-op, located at 55 North Main Street, has a wide selection of jewelry available for purchase right now. There is also the possibility of placing orders for bespoke pieces, such as engagement rings. 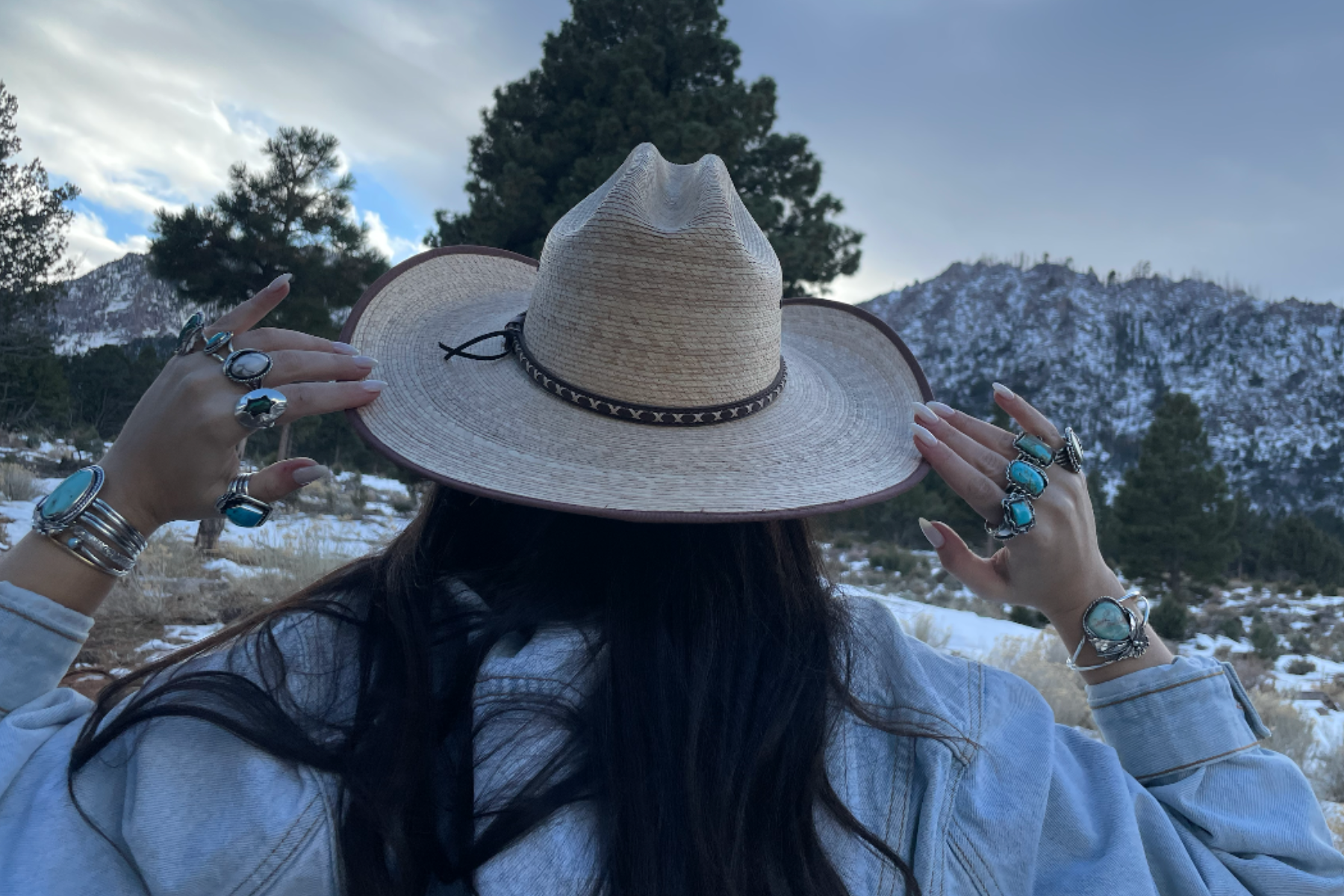 Lindsay Mack is wearing rings that she crafted

The appreciation that Lindsay's late grandfather had for rocks and the natural world is the source of inspiration for the handcrafted gemstone jewelry that she creates.

All of the topaz stones come from natural sources, and he mines them in the state of Utah, where we live. Designed by Lindsay, then hand-crafted by her into one-of-a-kind heirloom items.

These items have been carefully crafted to be worn on a regular basis and to last for a very long time so that they can be passed down to subsequent generations. Through her jewelry, she enjoys spreading the comforting glow of this lovely topaz.