What Is Aries Birthstone? - The Finest And Powerful Stones For You 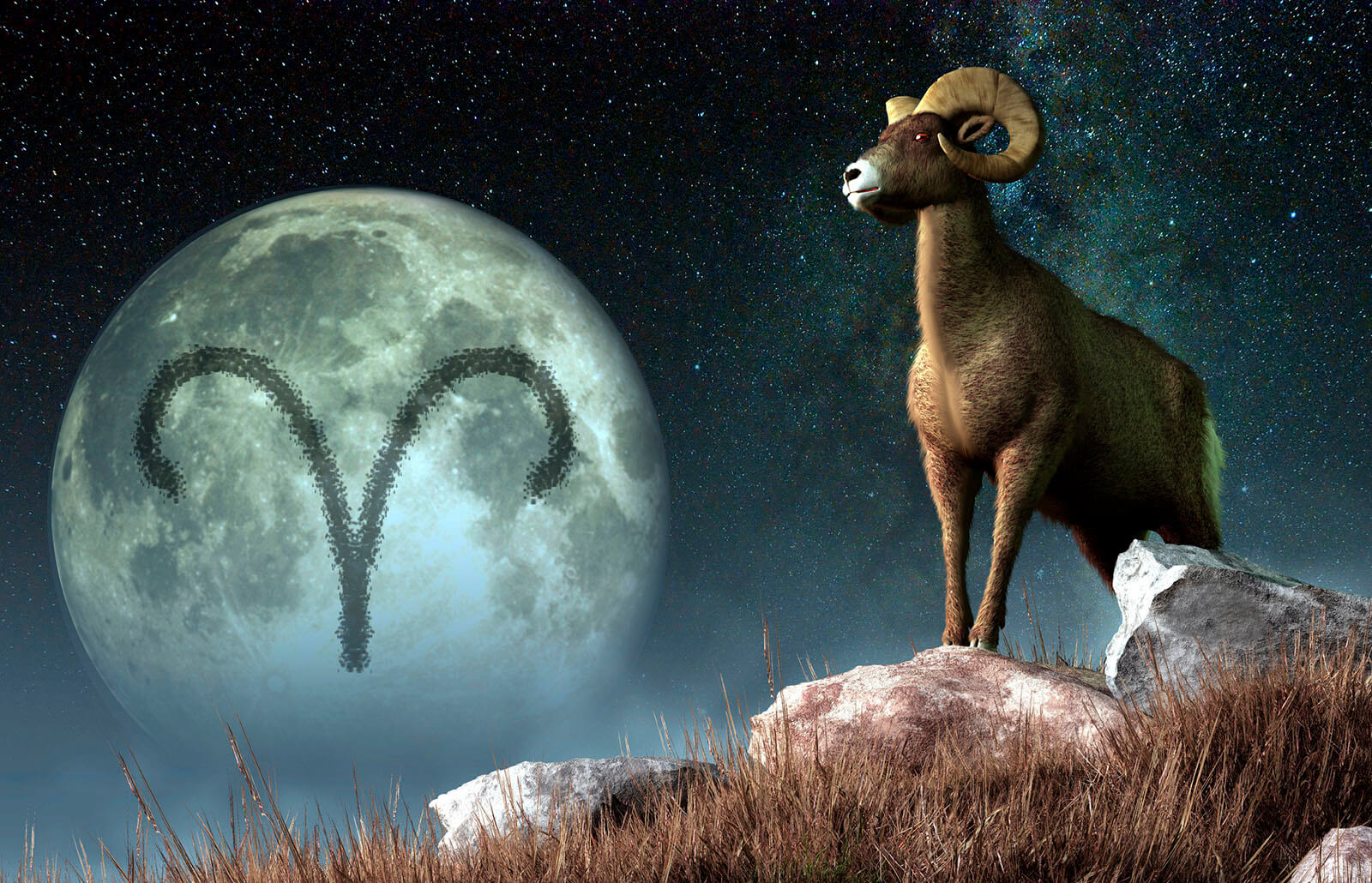 What is Aries birthstone? Let's find out the different birthstones and crystals here in this post. The first sign of the zodiac is Aries. Aries are those born between March 20th and April 21st.

Aries is a thinker who considers the broader picture. They are determined, confident, and straightforward in their endeavors, and they become dissatisfied when their time is spent on unnecessary intricacy and excessive details.

Moreover, those who are born in this month believe themselves to be active and passionate people. They face life with courage and enjoy every challenge and pleasure that comes their way. Even though these leaps of faith often pay off, they may also cause some setbacks.

In astronomy, Aries is a zodiacal constellation in the northern sky that lies between Pisces and Taurus, at around 3 hours right ascension and 20° north declination. Aries is typically thought to be headstrong and pragmatic, so the bodily component most closely linked with it is, of course, the head.

If you look online and search for the Aries birthstone, it will point you toward the diamond as the best birthstone for this particular zodiac sign. Apart from it, I will show you the different birthstones that you should wear as an Aries to attract positive energy and luck. 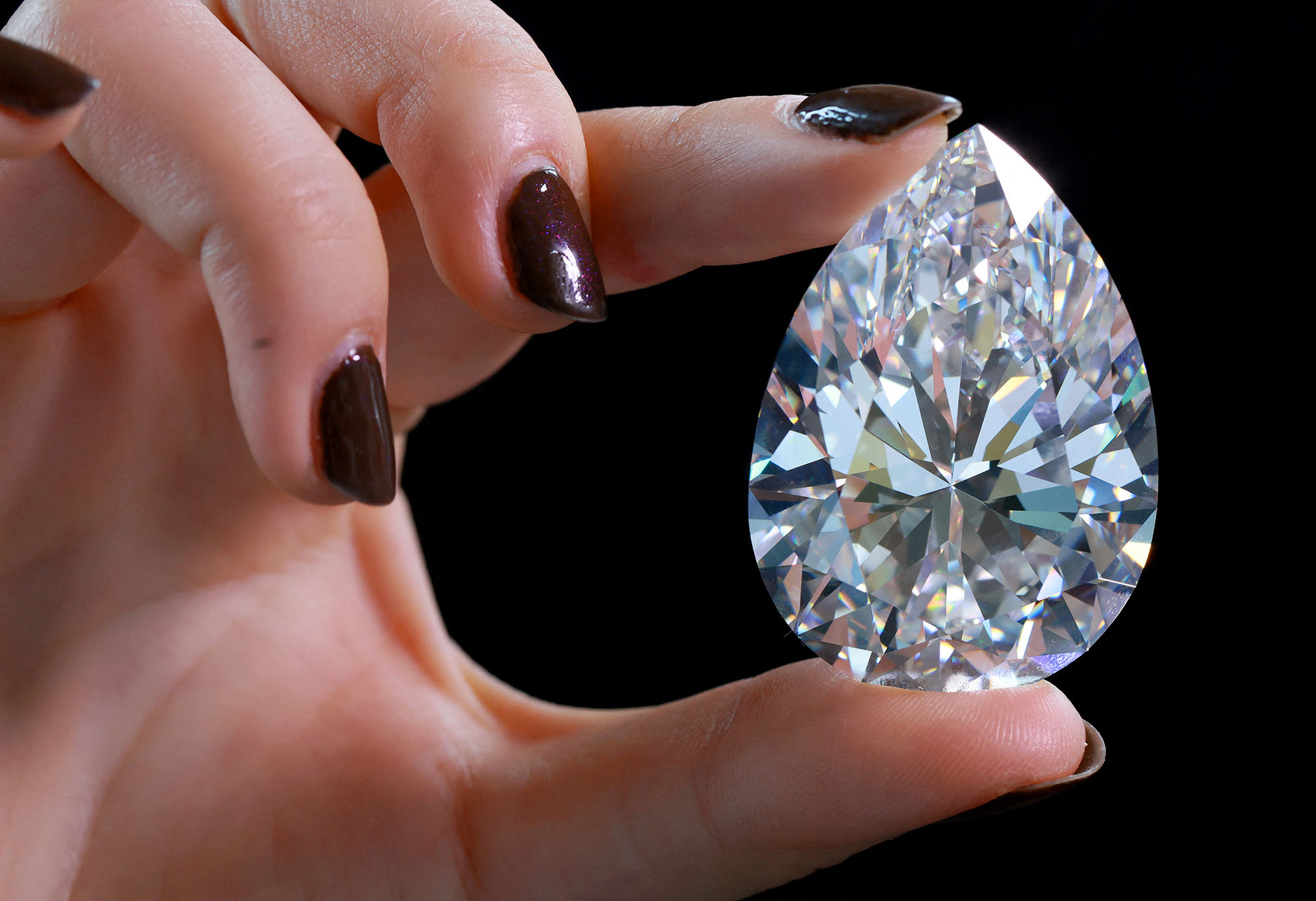 Diamond is the purest form of carbon that exists as a mineral. It is the most sought-after jewel and the hardest naturally occurring substance. Diamonds are the best gemstones because of their durability, brilliance, and sparkle.

The April birthstone, the diamond, is one of the most valuable gems in the world. It is a dream of light and strength. This traditional birthstone brings strength, love, and an inner source of strength that can't be shaken no matter how hard life hits. The website Healing Crystals For You says:

Diamonds also aid you to open up to using your psychic gifts and particularly psychic visions aka clairvoyance. They vibrate within the heart chakra, third eye, crown chakra, soul star chakra and the higher transpersonal chakras. These potent stones will activate the pre-frontal lobes of the brain, which aids the development of paranormal abilities. They enhance the imagination and aid you to develop your inner vision.

- Healing Crystals For You 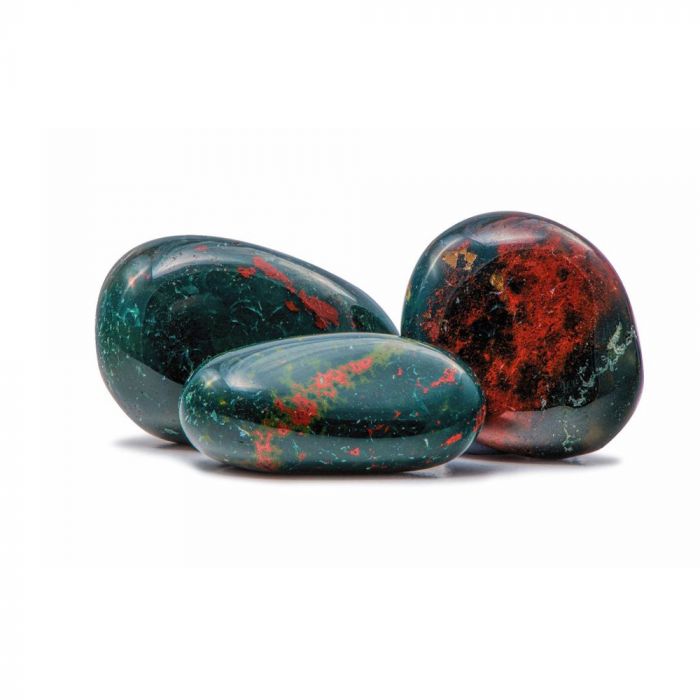 In the past, people called this type of stone heliotrope, which comes from the Greek word for "sun-turning." It acquired its name because, when the sun went down, it turned blood red. People used to think that the first bloodstone was made when Christ's blood dripped from the cross and stained jasper, turning it into a bloodstone. Plasma is a different kind of bloodstone.

Iron oxide makes the red spots, which look like blood. Gemstones can have a shine that looks like wax or glass. This stone can be found in India, the United States, Germany, Australia, and many other places. Bloodstone was thought to make people stronger and braver. This is why warriors and athletes carried Aries birthstones like bloodstones in battles and competitions.

Bloodstone is a strong symbol for people born under the sign of Aries, who are most happy when they are doing something active. This Aries birthstone looks especially lovely as a pendant or beaded bracelet. Many people wear it as an everyday piece of jewelry or as a little amulet, so make sure the manner in which it is set and fastened is robust and secure enough for heavier wear. 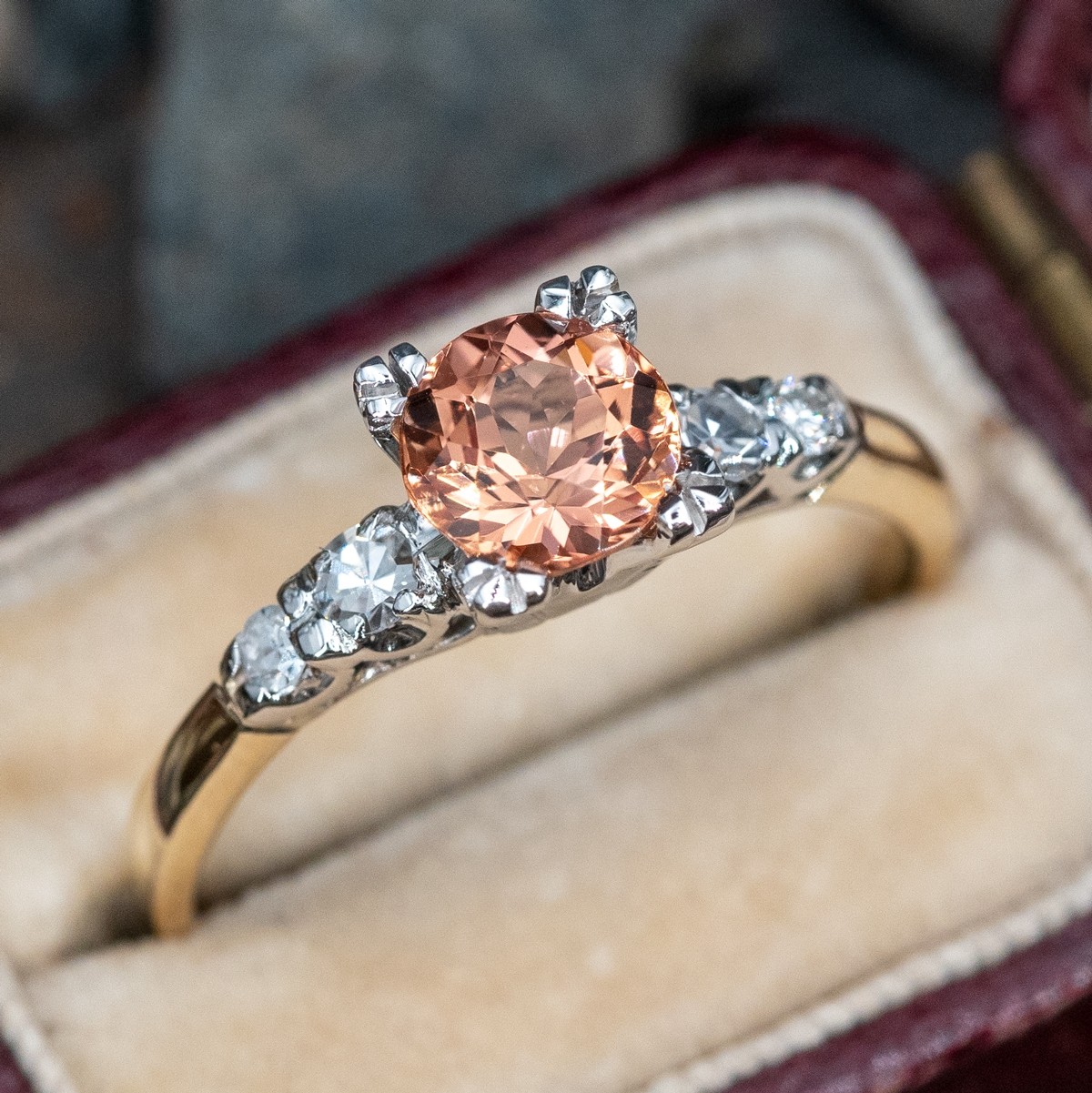 A topaz ring in a ring box

Topaz is a silicate mineral and is highly prized for its gem quality. Topaz is typically colorless, although it can also be white, yellow, light gray, blue, orange, brown, green, or pink. Fine topaz can be found in the Urals and Siberia, Russia, while magnificent crystals can be found in Takayama and Tanokamiyama, Japan.

Topaz is a lucky stone that matches the blazing warmth of those who were born under the sign of Aries. It will help you get through the day.

It is a stone that aligns with the solar plexus and sacral chakras and maintains your sexual and creative energy. This golden stone sends out soft, loving vibrations that make all Aries happy and stop them from always looking for the next thing.

What Is The Ritual Cleansing To Your Aries Birthstone?

Cleaning and purifying your Aries gemstones regularly is an important part of taking care of them. If you don't take care of them, they won't be able to heal indefinitely. A cleansing ritual is good for the stone and can be a great way to relax and heal.

The full moon is the perfect time to heal deeply and get your energy back up to speed. Put your Aries stones outside under a full moon to take advantage of the power of this holy time.

You could also put the stones in the ground for 24 hours. The energy of the soil acts like a passive energetic sieve that filters out any negative frequencies and makes it easier for positive energies to be absorbed.

What Is The Main Birthstone For Aries?

Aquamarine is a type of beryl that is pale blue to light green. Heat can change the color of aquamarine. Aquamarine is one of the best stones for communication and is always ready to get an Aries to tell the truth.

What Is A Aries Birthstone Color?

The Aries gemstone is traditionally red in color. This color reflects the typical Aries' very energetic and passionate personality. As a result, red jasper is the most likely to resonate with your typical Aries individual on an aesthetic level.

Passion, success, and making things happen are what garnet is all about. It demonstrates Aries' energy and boosts their ambitions and powers. Garnet is also a good crystal to have in a crisis. It gives courage and hope, especially when there seems to be no way out.

The Moon owns the fourth house in the Aries horoscope, which is believed to be a particularly auspicious location. It is associated with the mother, the land, the building, the automobile, and happiness. As a result, those born under this sign should wear pearls.

The right birthstone for you will bring you luck, good health, and peace of mind. Don't think this stone is unimportant. Why? Because, in the past, astrologers thought that gemstones had special powers. When you have the right crystals, the energy you already have will work well with them. Your birthstones are a good match for you because their energies are similar to yours.