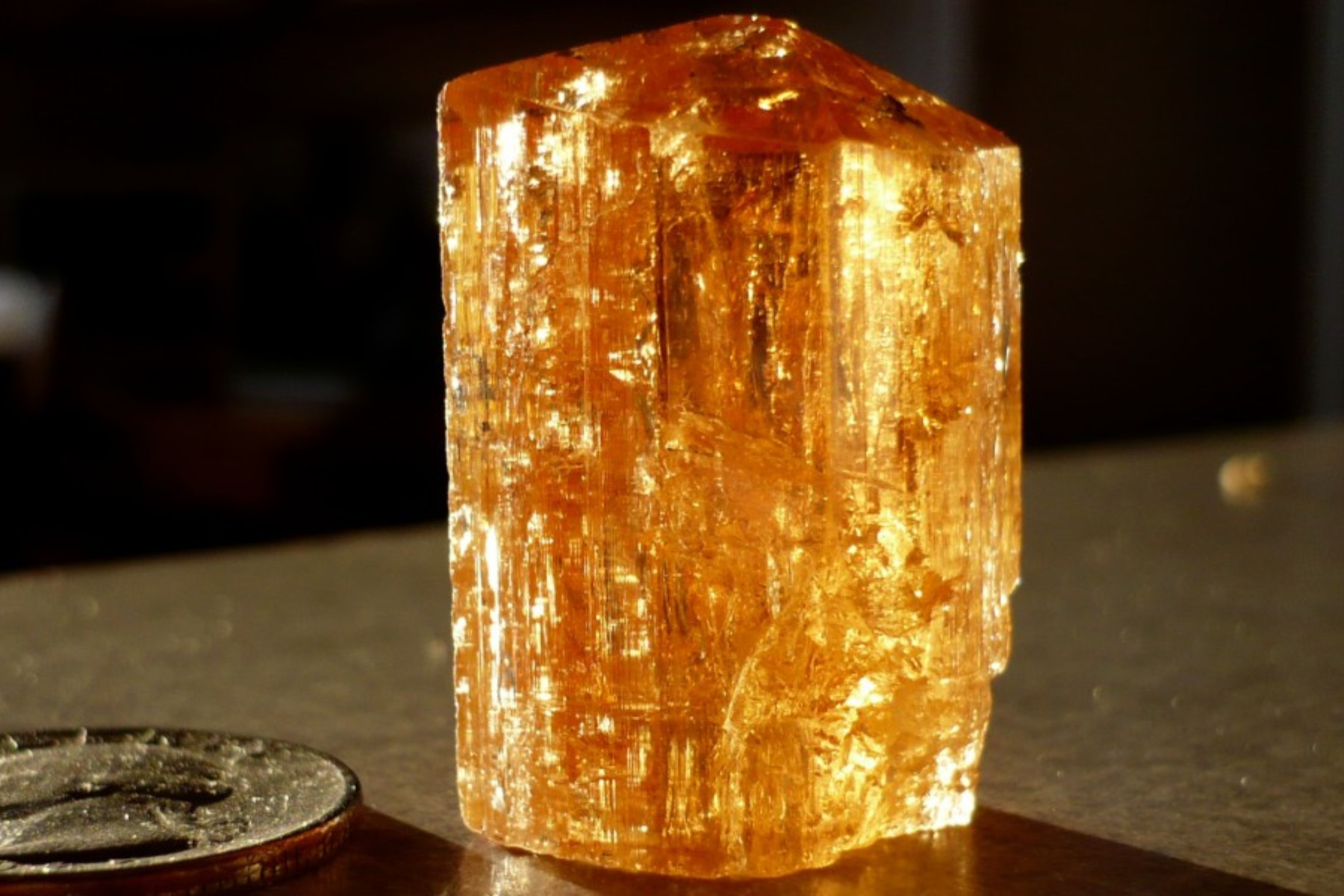 Topaz is not merely a stone' rather, it is a gorgeous stone that can be found in a variety of colors and kinds.

You might want to use one of the types of topaz that are available.

What Is The Topaz Used For?

The name topaz originates from the Sanskrit word tapas, which can be translated as "fire."

This name is fitting for the orange-colored topaz stone.

The primary purpose for which topaz is mined is for use as a gemstone in ornaments and jewelry.

Topaz has been used in the past as a raw material for the production of refractory materials.

Because these materials keep their strength even when exposed to extremely high temperatures, they are useful for use in reactors, incinerators, furnaces, and kilns.

The Characteristics Of Topaz

Topaz's position on the Mohs scale places it behind diamonds (10) as well as rubies and sapphires (9). (7).

On the Mohs scale, anything with a value higher than 7 is considered to be pretty durable because it is harder than quartz (which is present in sand and dust and can scratch softer minerals). 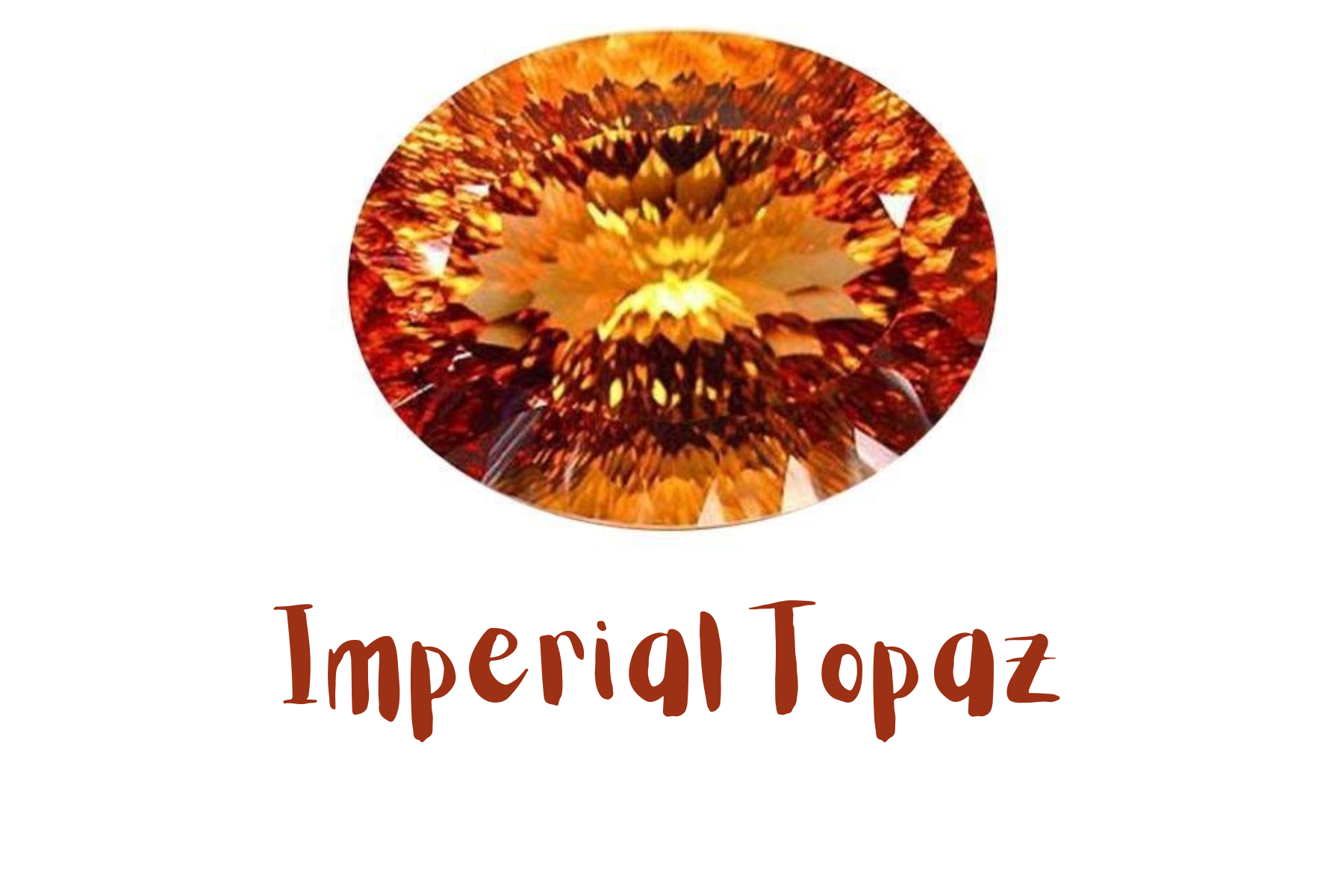 Imperial topaz is a gemstone that is highly prized for its intense golden to reddish-orange color range and can be found primarily in the Brazilian city of Ouro Preto.

The crystal and the gem shown here are both made of imperial topaz, and their respective weights are 875.4 and 93.6 carats.

Topaz typically ranges in color from colorless to a very light blue or yellow.

However, in order to make its yellow color appear more like rich golden color, this gemstone has been laced with pinkish to reddish tints.

The imperial topaz is the gem that is in highest demand among jewelers and is very well-known.

It stands for love, safety, wealth, and the ability to heal. 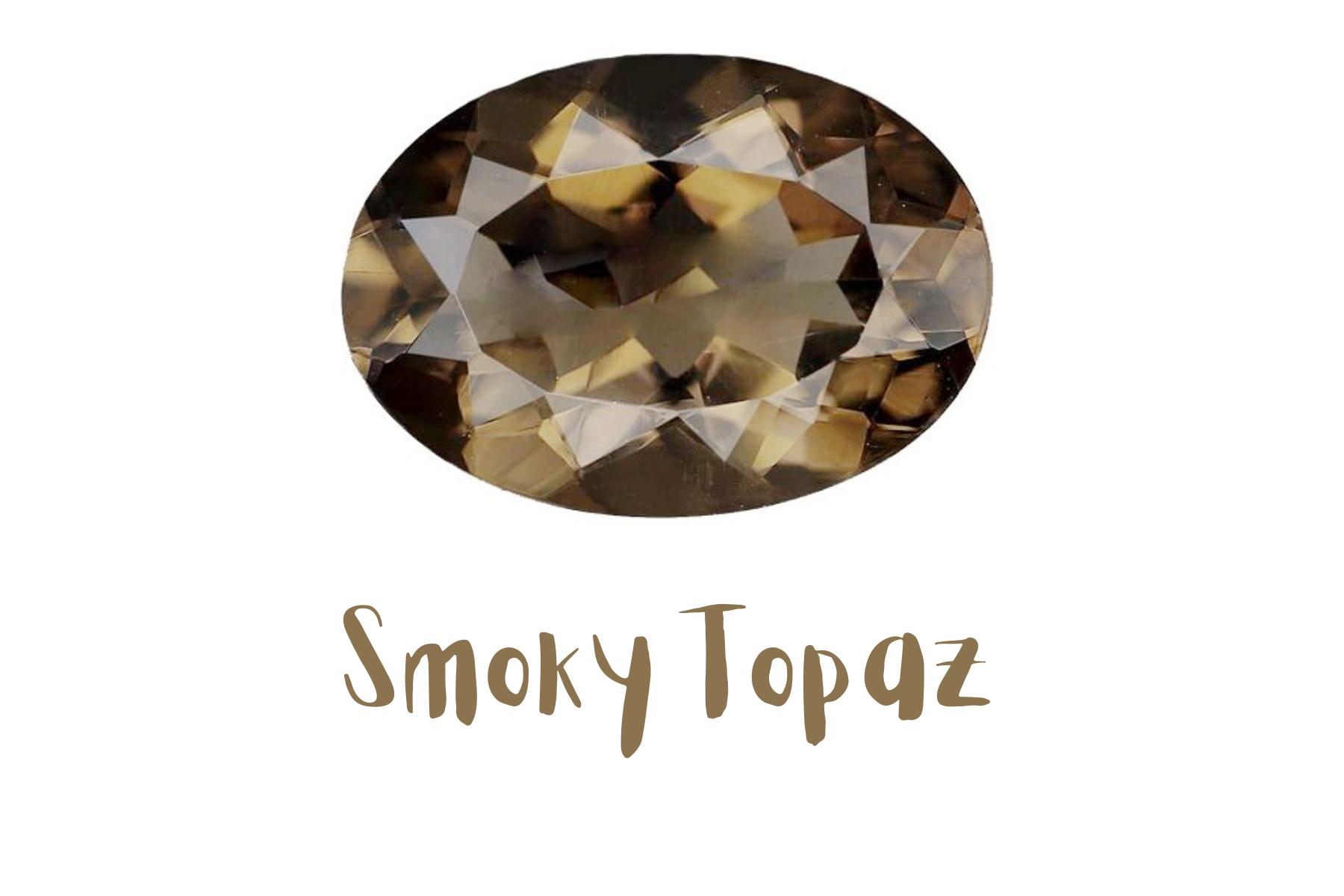 The majority of the smoky quartz that is mined for use in jewelry production is currently sourced from Brazil.

Another important source of smokey quartz in commercial quantities is the island nation of Madagascar.

The appealing smoky quartz, which is also known as "smoky topaz" and gets its name from the smoky color it has, is created when rock crystal is exposed to natural radiation.

It should be noted that the presence of rutile needles in it frequently does not take attention away from its quality.

The color of smoky quartz can range from a light grayish-brown to a dark almost-black.

Smoky quartz also resembles quartz crystals and is orange or yellow in color.

Technically, these topaz gems are not precious gems but due to language differences, they are frequently misidentified as genuine topaz.

When you give the smoky topaz to someone you care about, it brings them luck, wealth, and good fortune. 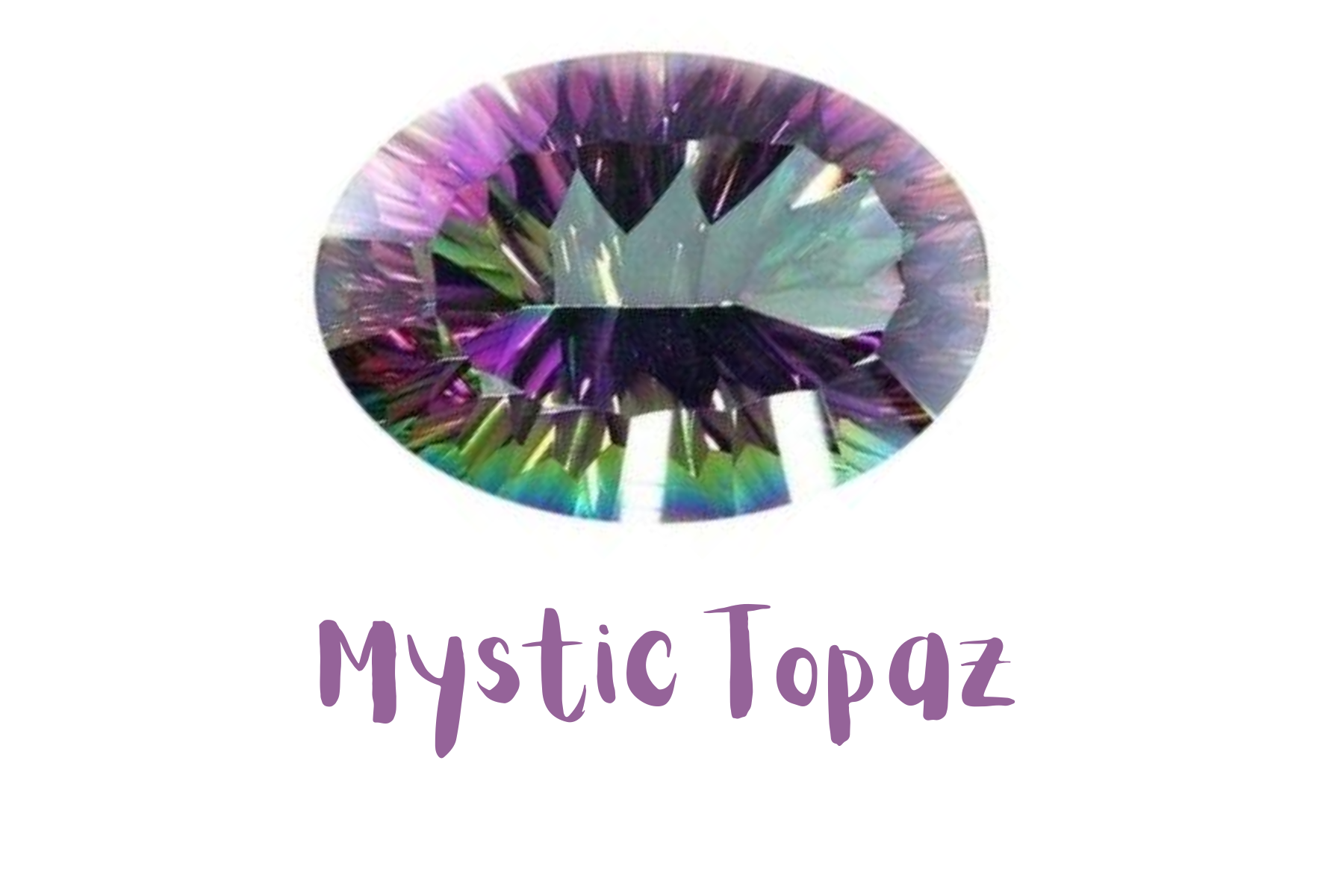 Mystic "Fire" Topaz is not a natural stone.

Instead, it is a natural stone that has been handled in a special way to give it a beautiful rainbow effect that makes it both trendy and delightfully different.

The first time anyone saw a mystic topaz was around 1998.

It is a natural colorless (white) topaz that has been coated to give it a unique rainbow color.

Most of the white Topaz used to make Mystic Topaz is mined in Brazil and then shipped to the United States.

The mystic topaz is the number of different topaz that most closely resembles the traditional topaz.

It stands for being kind, caring, and understanding. It is a great gift for people you care about who really want to do something. 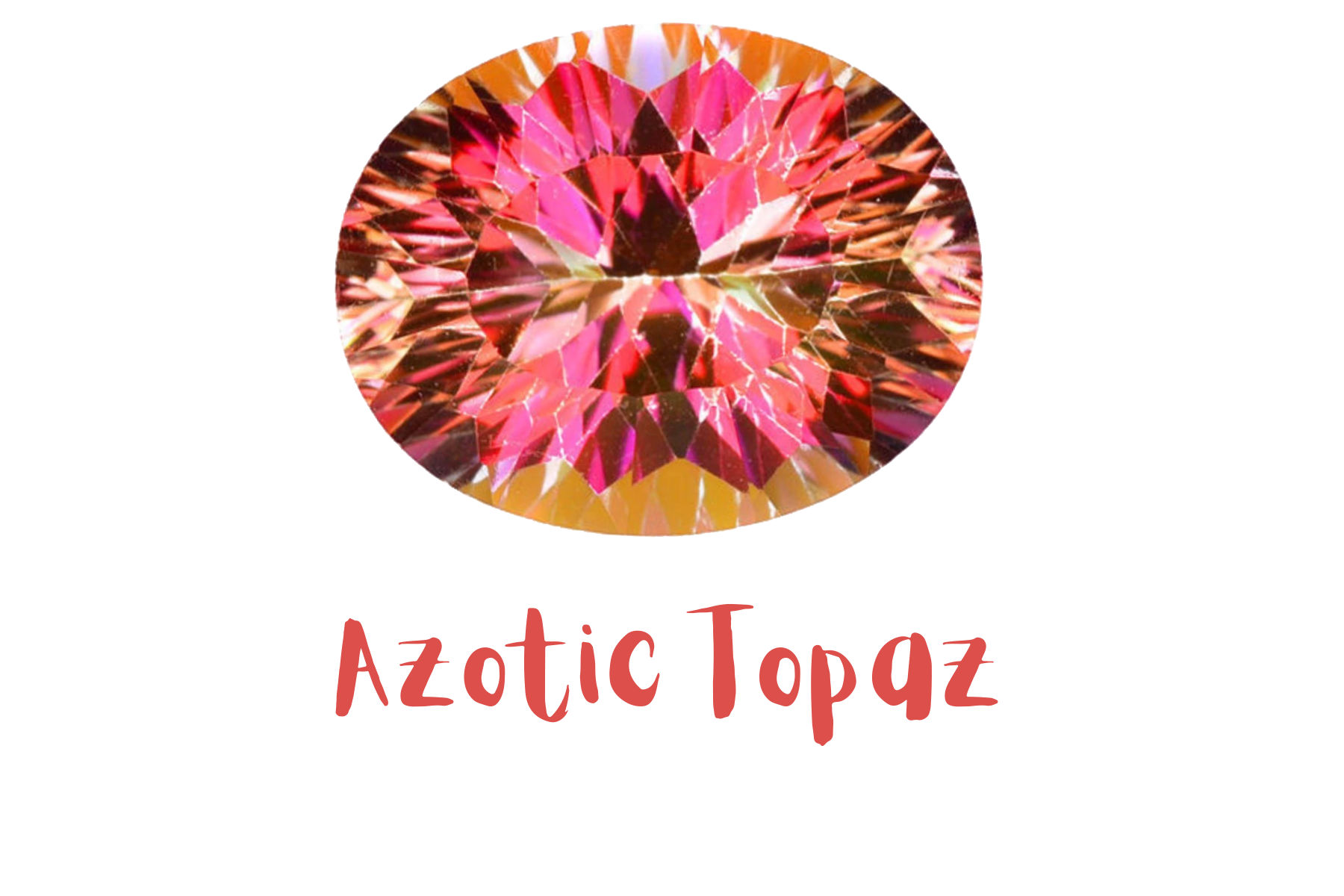 It is a kind of topaz that is orange-pink in color and has a color effect that resembles a rainbow.

Its color is artificially colored through the layer formation of an extremely thin metallic layer on top of the gemstone, which gives it its unique look.

The mineral known as Azotic topaz is not found in nature.

The United States of America is home to the mineral component that gives colorless topaz its name.

Colorless topaz can also be found there.

Due to the fact that it is so comparable to the mystic topaz, it is simple to mistake one for the other.

It's a sign of real friendship, purity, happiness, and hope. It looks very royal when set in different kinds of jewelry. 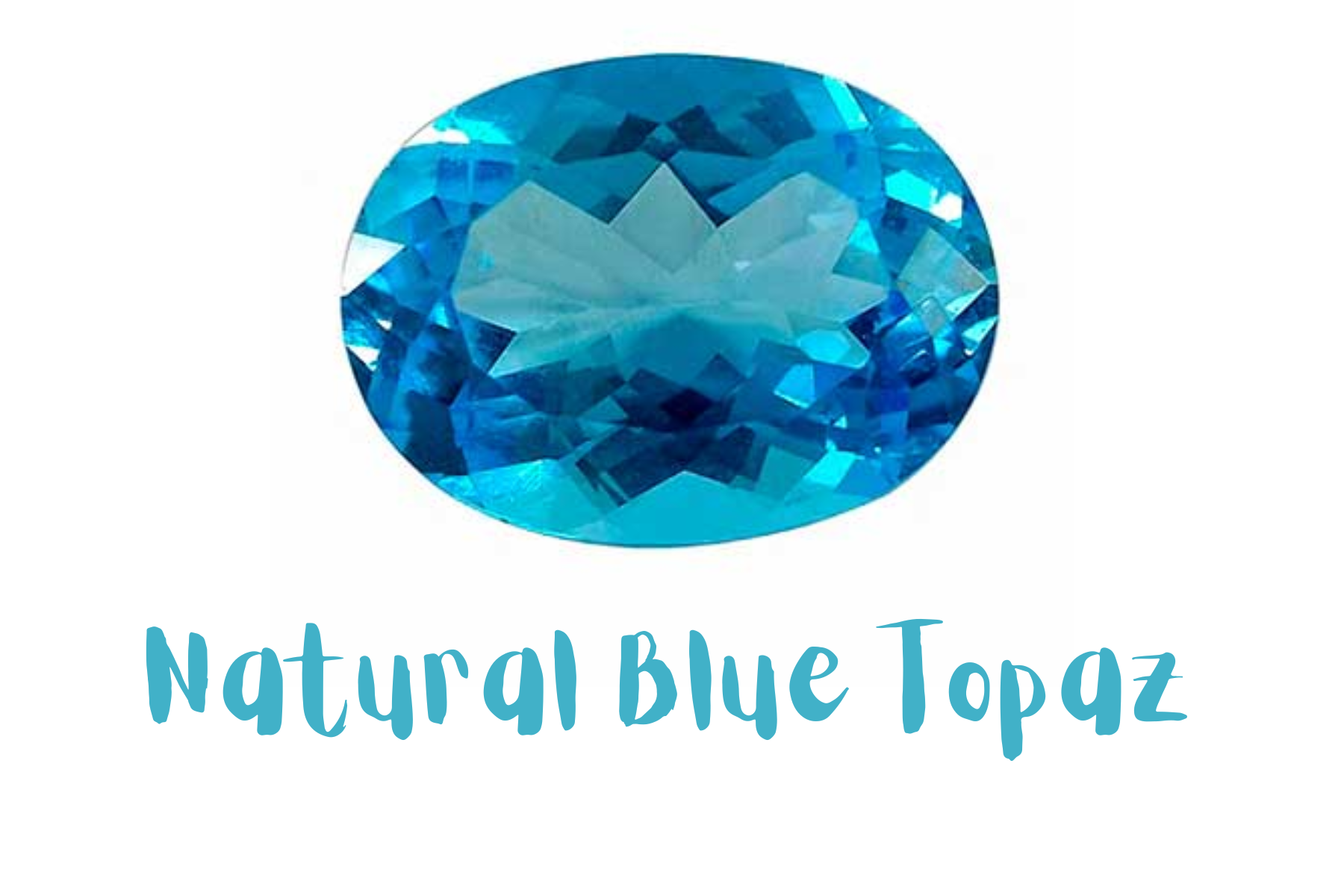 Topaz with its natural blue color is extremely difficult to find.

Because of this, the stone is made by treating a topaz so that it loses its color during the treatment process.

The stone is heated and subjected to radiation exposure in order to achieve the desired color change.

Therefore, the stone is still classified as a topaz, despite having undergone treatment to bring out its blue color more effectively.

But over time, the colors within the stone could become less vibrant or even peeled off entirely because they are only in contact with a surface layer of the stone.

The state of Texas in the United States of America and the Ural Mountains in Russia are the main sources of natural blue topaz.

There are deposits of the colorless variety of this gem, which is also known as silver topaz, in the countries of Sri Lanka, Nigeria, and China.

Mines for the extremely rare pink topaz can be found in the Katlang region of Pakistan as well as Russia.

The shiny blue stone is easy to find and stands for calm, peace, harmony, and relaxation.

Topaz can break due to extreme heat or sudden temperature changes.

The color of the gem is generally light and stable, but prolonged exposure to heat or sunlight may cause fading in yellow-to-brown, reddish brown, or dark brown topaz.

Which Colour Topaz Is Best?

The golden orange-yellow variety of topaz, also known as "Imperial topaz", is the color that is considered to be the most valuable.

The gem's value is increased, and its desirability is increased as well, due to the reddish undertones and the deep color.

Persistent exposure to daylight has the potential to dull the topaz's yellowish brown color.

Is Topaz Worth Money?

What is the market value of topaz? In days gone by, one carat of treated topaz could be purchased for anywhere between $20 and $40.

On the other hand, as a result of the stone's saturation of the market, there is currently an excessive supply of gemstones.

Because of this, the price per carat has dropped to less than one dollar, making it an exceptionally reasonable choice.

How Can You Tell If Topaz Is Real?

There are a few straightforward methods that can be used to differentiate real topaz from quartz.

The hardness factor is the first property that needs to be taken into consideration.

Quartz will not leave a mark on the glass, but an authentic topaz will scratch the surface of the glass.

In addition to this, a genuine topaz feels icy to the touch and has a high potential for electrical charge.

Topaz is a gemstone that will never stop surprising you due to its many multiple colors.

If you intend to purchase one of these, you should first consider what color would be ideal for you.