Types Of Ruby - A Variation Of Red-colored Stones 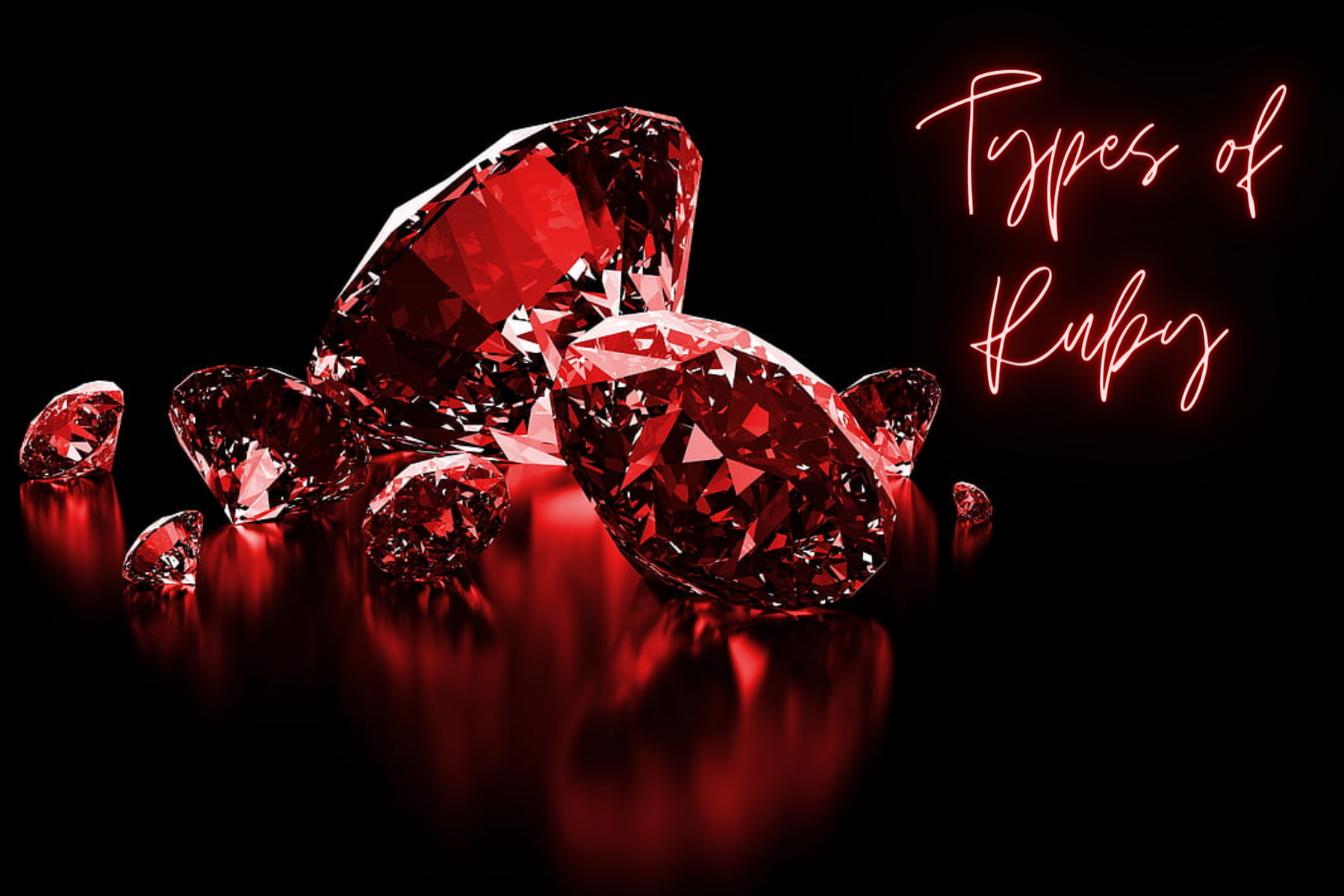 The ruby stone is the first thing that comes to our minds when we think about red gemstones, even though there are a number of other red gemstones. This particular red stone is one of the most well-known stones in the world, and it can be found in nearly every piece of high-end jewelry.

Ruby, on the other hand, is not concentrated on just a single variety; in fact, there are other types of ruby gemstones that do not exist that you are unaware of.

The Science Of Ruby Gemstone

Ruby is a precious stone that is made up of translucent red corundum, which is a crystalline form of aluminum oxide with the chemical formula Al2O3. Its color ranges from dark cochineal to a mild rose red, and in rare cases, it has a hint of purple.

Rubies are 9 on the Mohs scale, which means they are hard gemstones. In fact, only the diamond, which gets a perfect 10, is better.

Every gemstone mined from the earth's interior is said to impart healing powers to such people who live there. Ruby is not an exception to the rule. This precious stone has a reputation for restoring energy, enhancing eyesight, and promoting better blood circulation throughout the body. 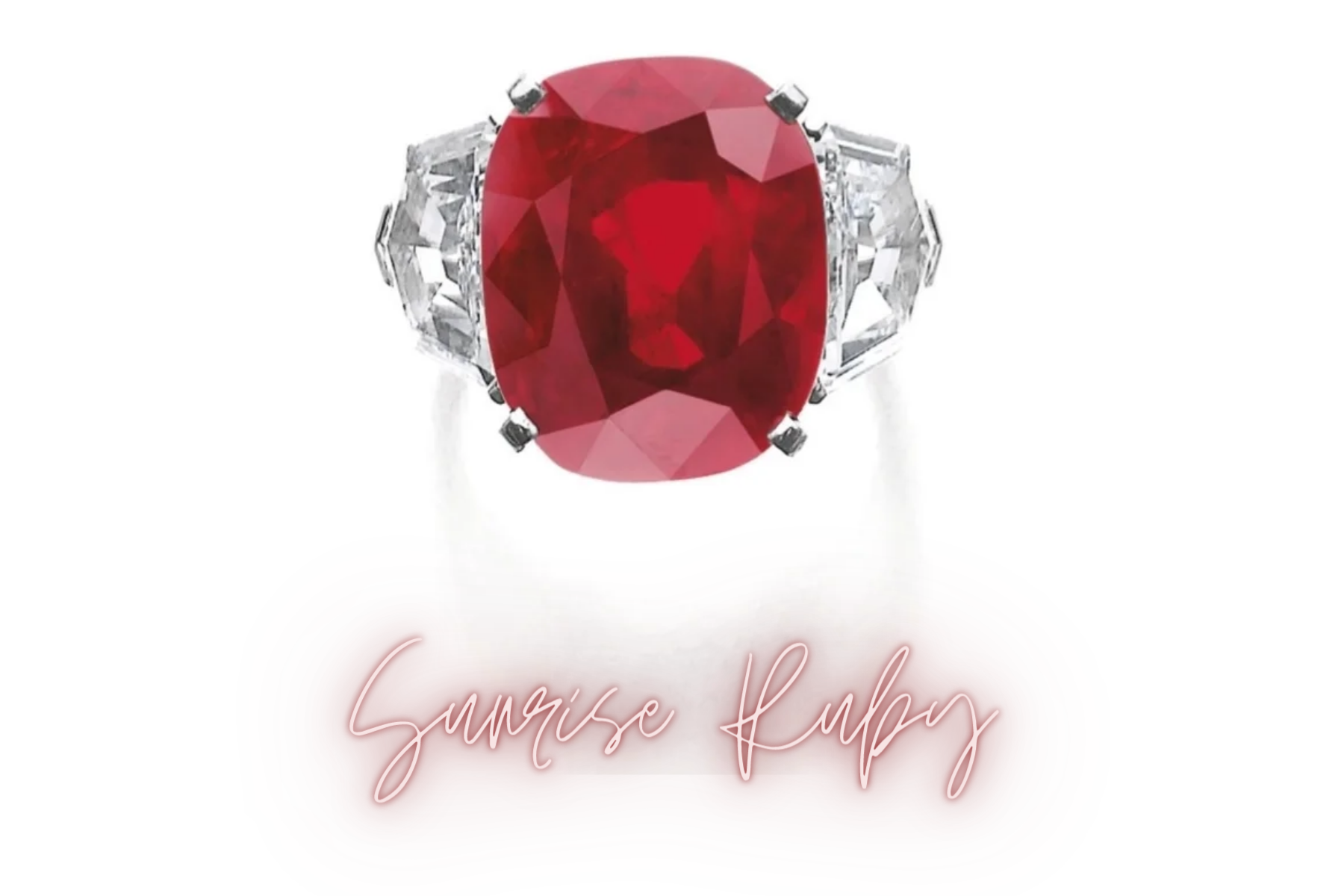 The Sunrise Ruby is the most expensive ruby, colored gemstone, and gemstone that is more expensive than other diamonds in the world. It was first mined in Myanmar, and its current name comes from a poem by the Sufi poet Rumi that has the same name. 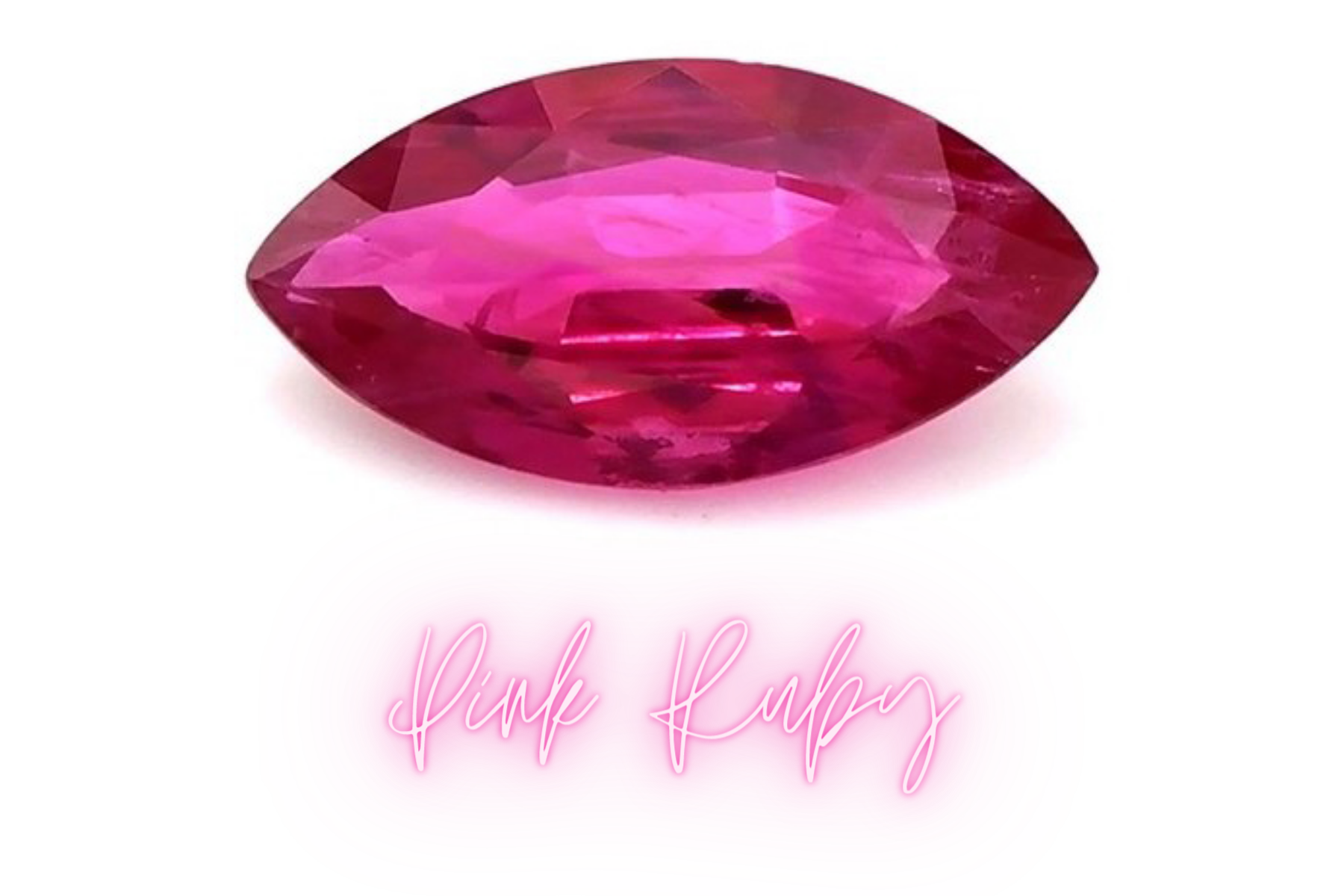 Pink Ruby is a term that is exclusive to particular regions of the world and cannot be used in other places. This is due to the fact that different types of Ruby stones show different levels of color intensity.

Pink Rubies are stones that have low quantities of chromium, which is what gives the gemstone its characteristic red color. Pink Ruby is the name given to these stones outside the United States, in contrast to Pink Sapphire or Red Rubies.

But don't be confused by their difference. Ruby and pink sapphires are both red because they have traces of chromium in them. The only real difference is how many atoms of chromium are in the corundum instead of aluminum.

The color of corundum depends on how much chromium is in its crystal structure. 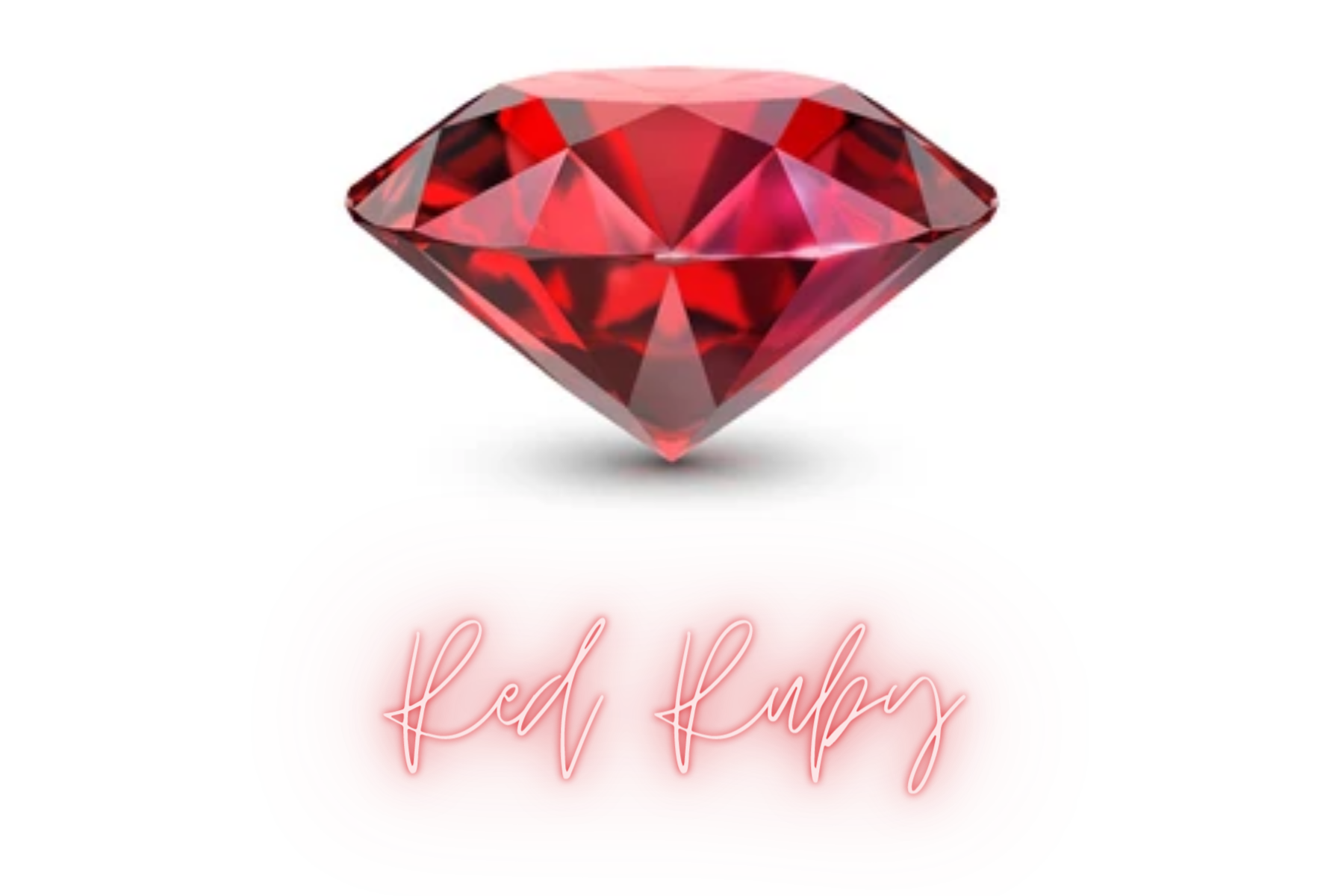 It is the most well-known kind of Ruby stone, and it has a color that is similar to that of blood and a stunning richness and luster.

The color of the natural Ruby stone has the most important impact on the overall value of Ruby stones, out of all the quality aspects that are taken into consideration. Ruby gemstones with a deep red color that are well-balanced and constant in color are more valued.

Actually, in most markets, a ruby that is a pure red color is worth more than a ruby that has tints of orange or purple. 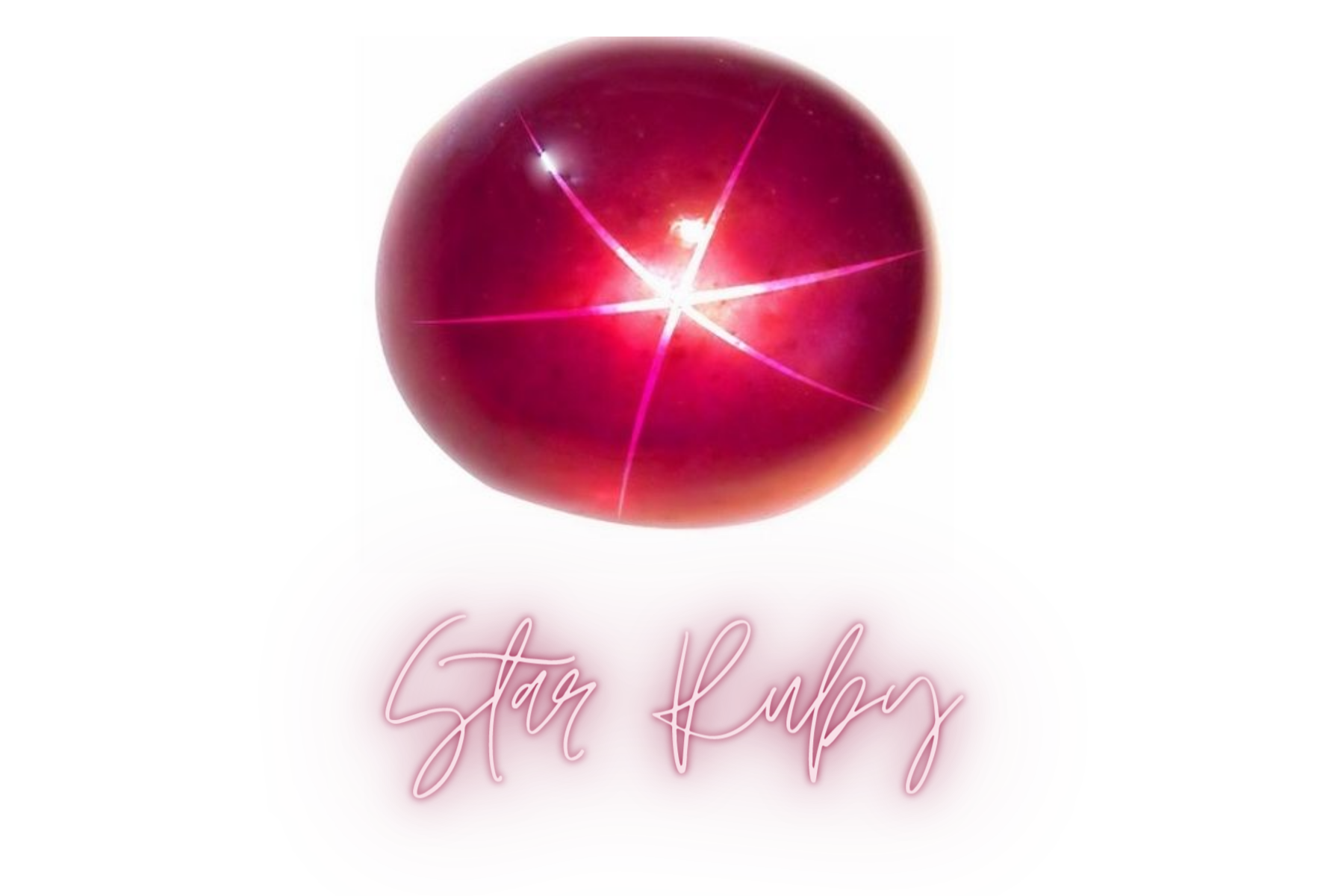 The round star ruby with needle-like rutile

Stop getting these two confused by reading the previous discussion on this page about the single article about star sapphire.

In continuation, a Star ruby is an extremely uncommon form of ruby that displays asterism, which is described as the appearance of a six-rayed star dancing over the surface of the stone whenever it is moved.

It is the aligned needle-like rutile inclusions that are responsible for the star effect. The silky shine that it radiates is due to the rutile, which is present in it.

According to newsobserver, star rubies are the rarest rubies, and they are also among the most valuable colored gemstones in the world. Most are rarer and worth more than diamonds that are the same size. Myanmar was the world's main source of rubies for a very long time. 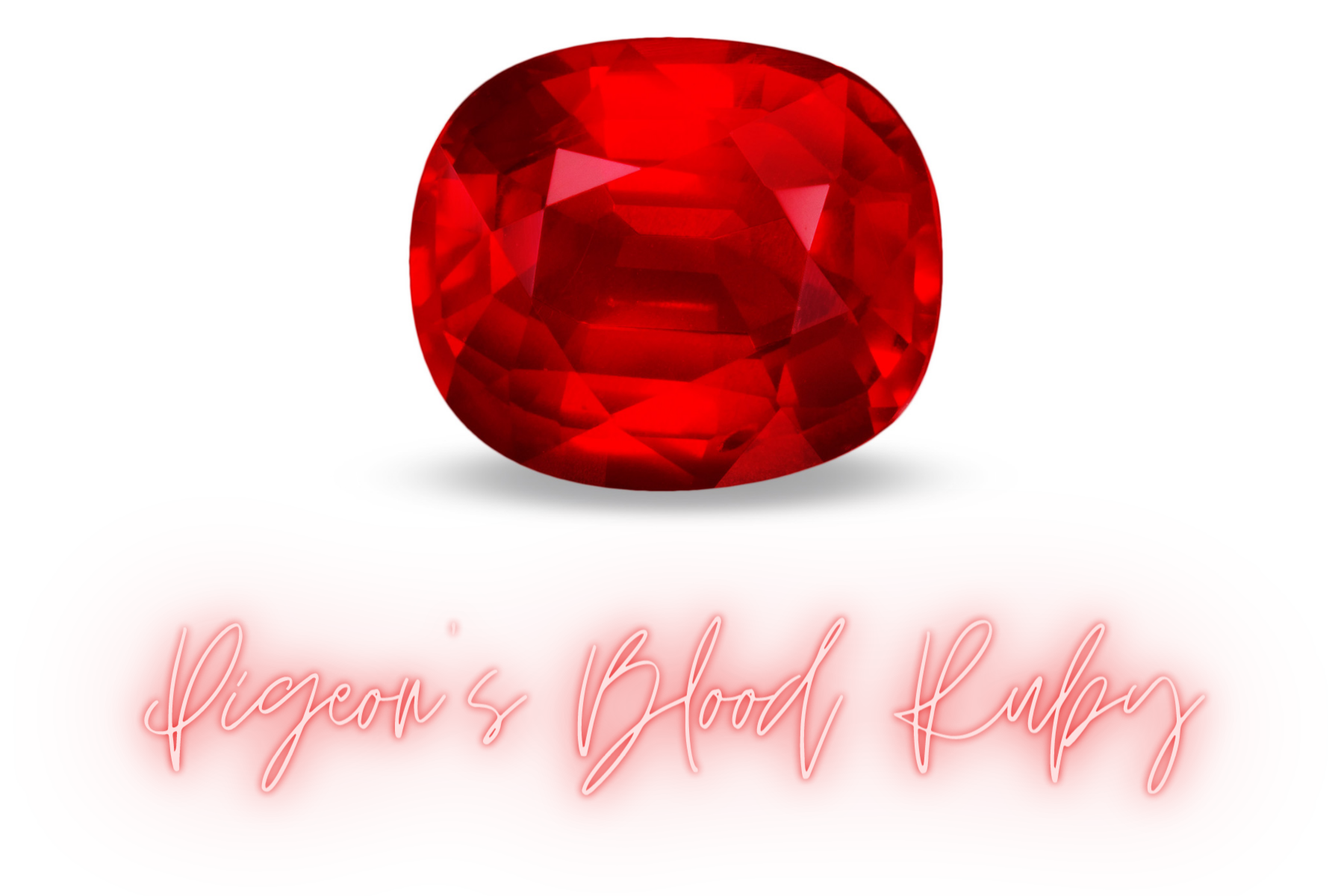 Pigeon's blood refers to the most highly deep color and most natural red fluorescence that may be seen in a ruby. Pigeon's blood rubies are extremely rare.

The color of the blood that is still on the freshly killed pigeon is the primary inspiration behind the name Pigeon Blood Ruby. It has a bright red color with a very slight shade of purple, which gives the impression of a dark red color when viewed in light.

Due to the unique color impact, the Pigeon Blood Ruby, also known as the Purple Ruby, is the gemstone that is considered to be the most important one. Pigeon Blood ruby is an extremely rare gemstone that has very few imperfections that are visible to the naked eye. 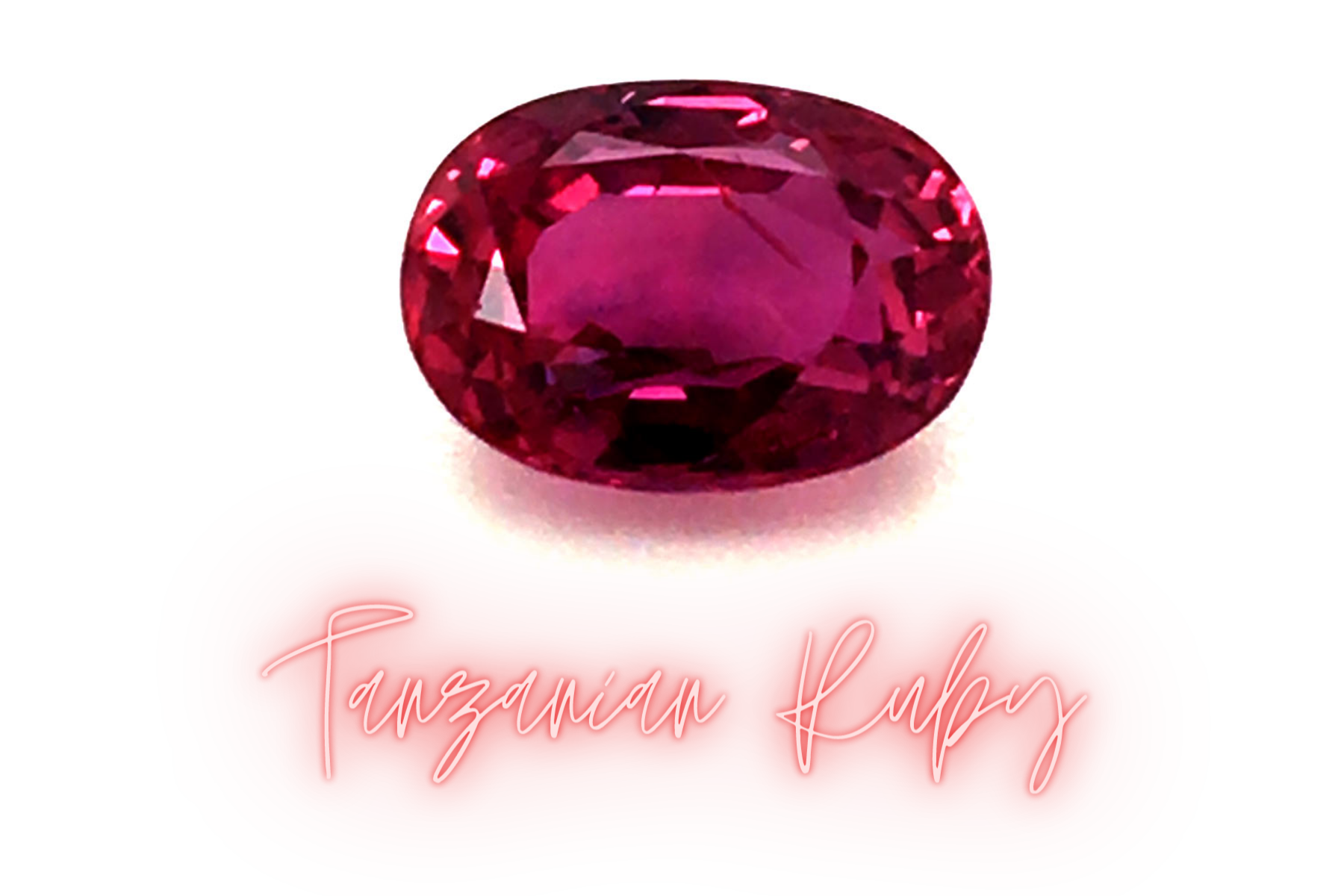 The Tanzanian Ruby is an excellent and rare ruby-red gemstone that comes from a deposit in the area of Songea in Tanzania.

The country of Tanzania has been credited with the discovery of a number of different rubies. As a result, that ruby and sapphire are both made of the mineral corundum, they are commonly found in the same location. 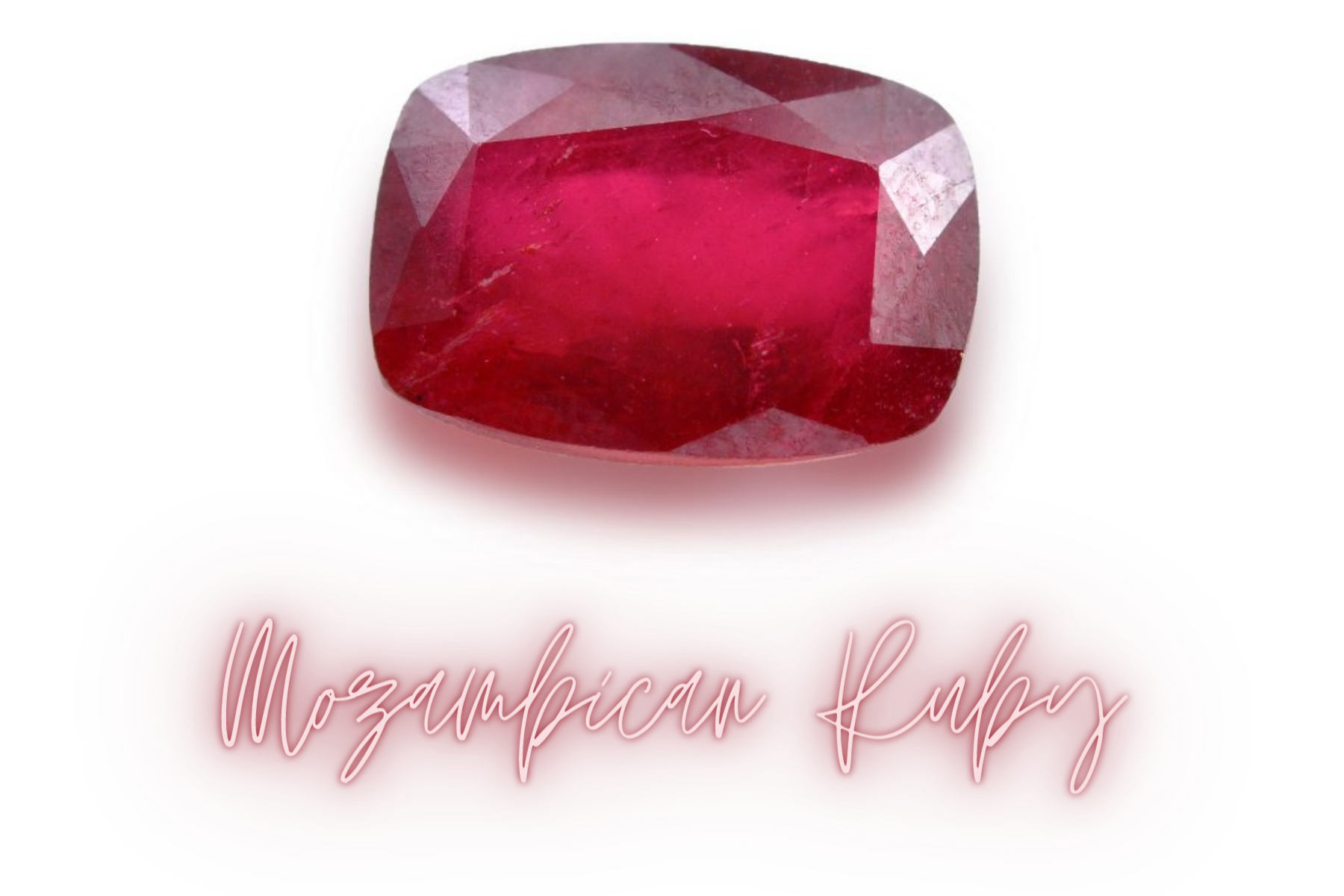 The color of Mozambican rubies ranges from a purplish red to reddish color, and some stones even have an orange undertone. The spectrum of color intensities covers the entire range, from light pink sapphires to deep red rubies.

Ruby from Mozambique is believed to be the most valuable of all the different kinds of gemstones that can be found in Africa because of its brilliant color and amazing quality. 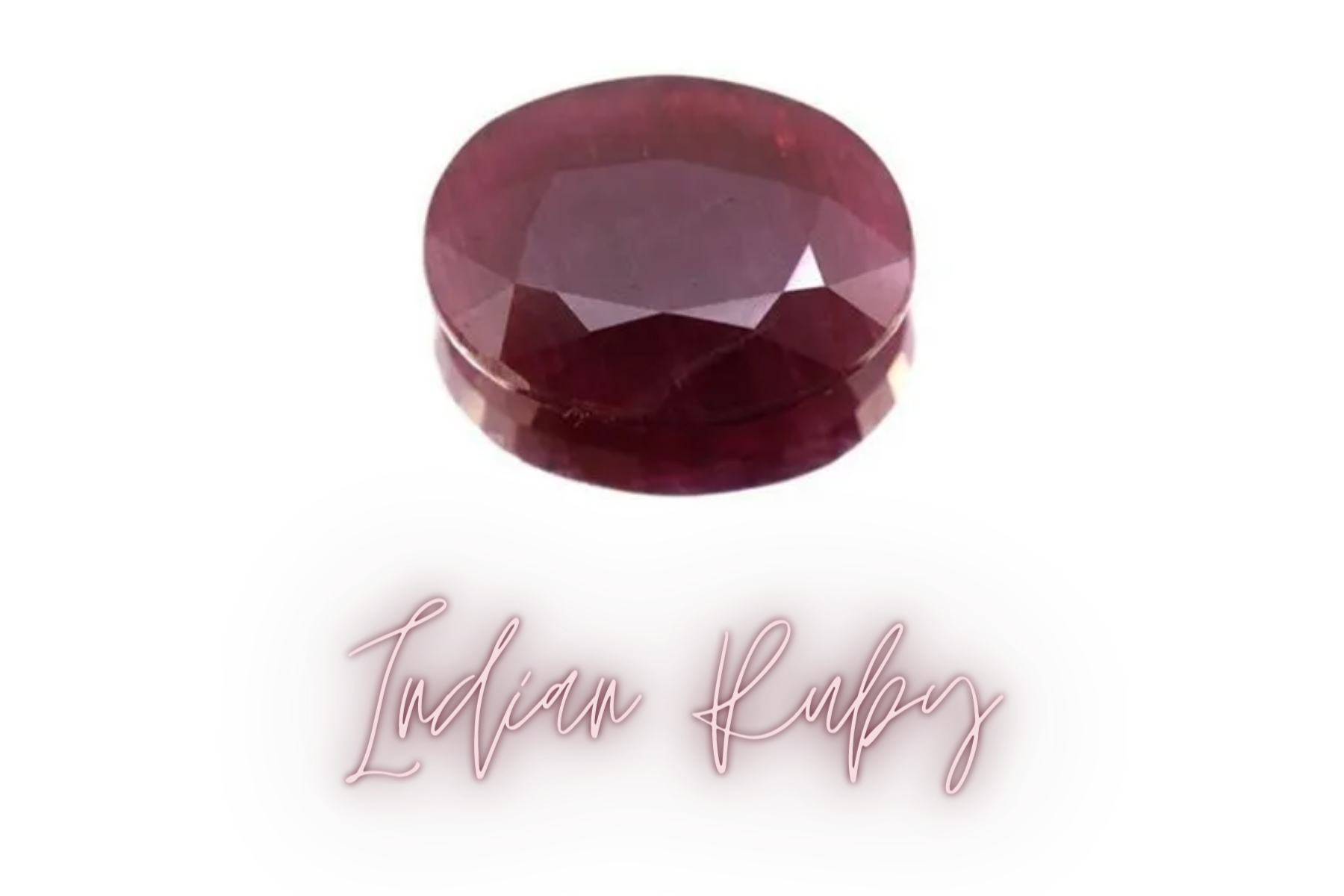 The term "Indian Ruby" doesn't always mean that it's a separate category. Instead, it just means where the Ruby comes from. Rubies from India are known to be very strong.

They also have a deep, blood-red color, which makes them great for any kind of jewelry. Because of how nice they look, these are often used in silver and fashion jewelry. 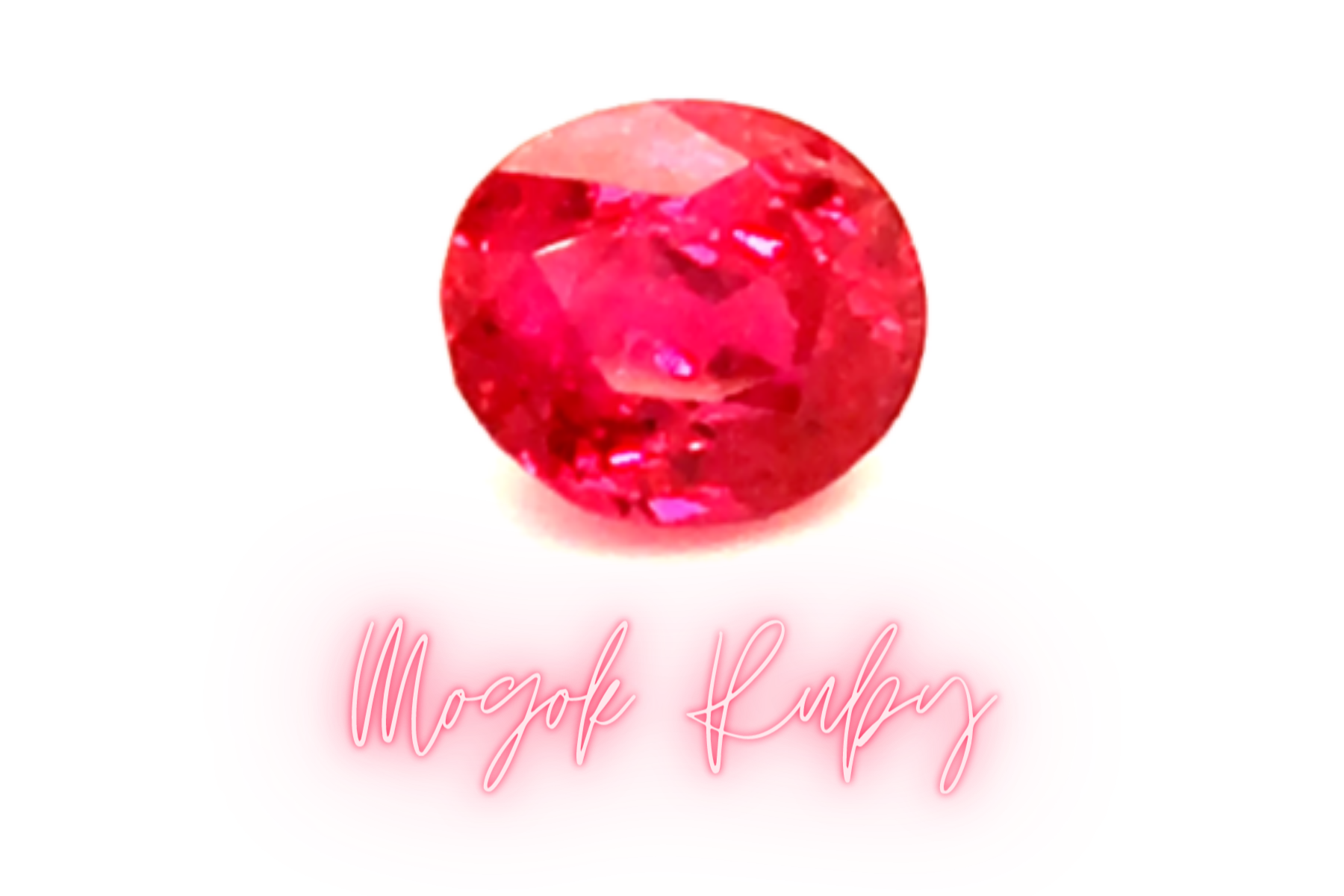 The town of Mogok, located in northern Myanmar (previously known as Burma), is famous around the world for the quality of its rubies. Mogok is four miles long and two miles wide.

Burmese rubies can be identified by their particularly vivid shade of blood-red and their transparent quality, which causes light to play off of and around their surfaces in a very animated manner.

Mogok Ruby gemstones demand a high price on the International market because of their status as the most desirable type of Ruby as well as their uncommon rarity. 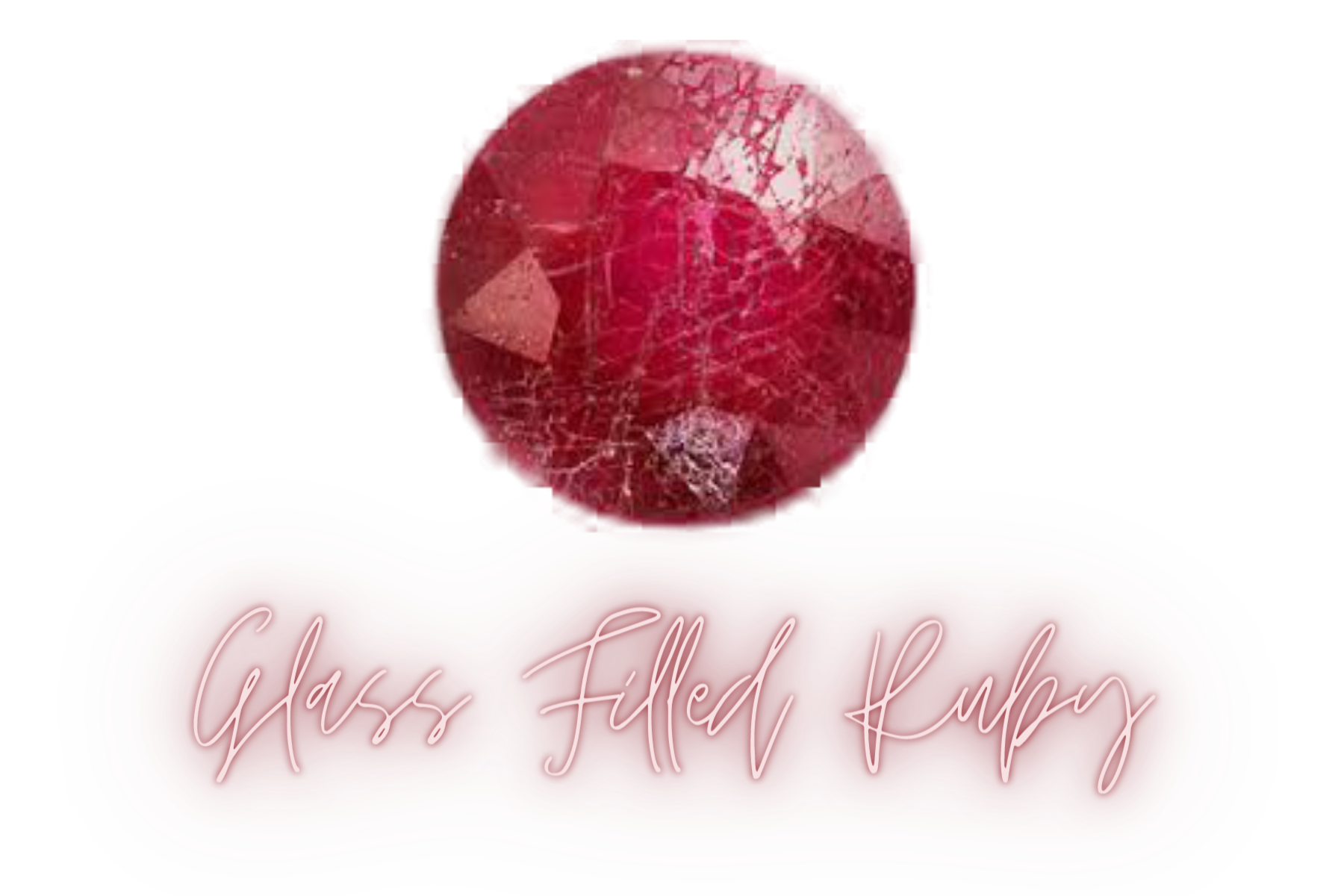 This Ruby with cracks is often used to make a wide range of beautiful jewelry. Glass-filled Ruby is made from the mineral Corundum, which is used to make the original Ruby gemstone.

It is then filled with things like lead glass to make it clearer, more durable, and easier to sell. For the same reason, it is also called a Ruby filled with lead glass.

Identify The Qualities Of Ruby

The best rubies are a bright, pure red to slightly purple-red color. In most markets, a ruby which is a pure red color is worth more than a ruby that has hints of orange or purple. For the color to be considered the best, it can't be too dark or too light.

Is Ruby Worth More Than Diamond?

Even though some rubies are very valuable and can be sold for very high prices, most rubies of the same size are much cheaper than diamonds. Because it costs less than a diamond, a ruby is a good alternative for an engagement ring or other jewelry.

Is Ruby More Expensive Than Sapphire?

In general, a high-quality ruby costs more than most sapphires and emeralds. In the past, it has sold for as much as $1,000,000 per carat.

Collectors think that, as they become rarer, they will keep their value and market demand better than diamonds.

These types of rubies are what made them the best alternatives to diamonds because they have a Mohs scale of 9, which corresponds to the hardness of diamonds, and they are now making an appearance in the jewelry industry.