Types Of Quartz Crystals You Might Want To Know 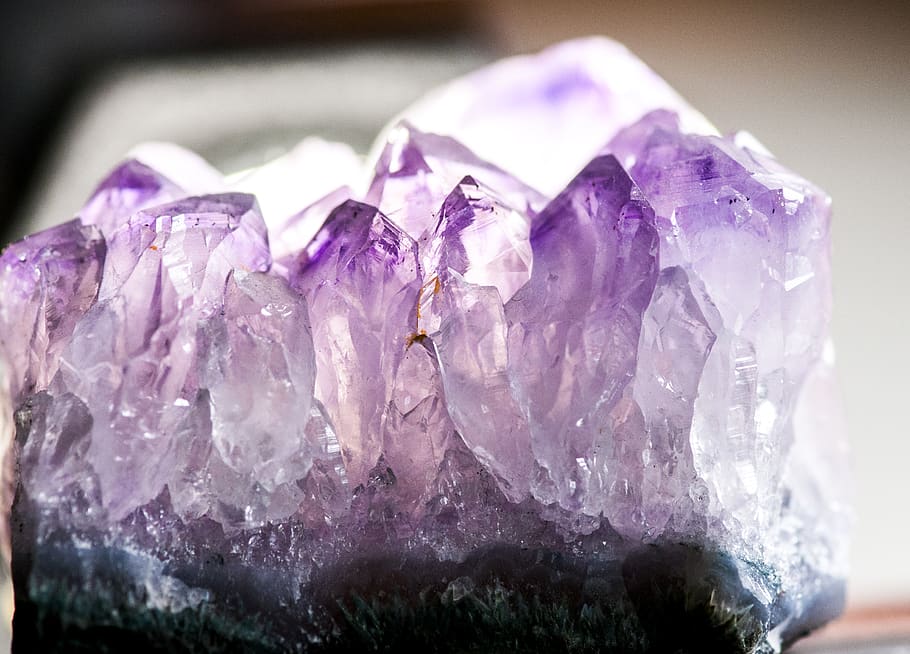 Types of quartz crystals vary depending on their location and the microstructure of this mineral. Unlike what most people know, quartz crystals are more than just the common colorless and transparent or translucent ones, commonly known as clear quartz. In this article, we will be talking about some other types of colored quartz crystals that you will definitely find very interesting.

Quartz has a lot of variations, the primary cause for this is the variety of formation conditions. Different impurities can be formed into the quartz structure as a result of the varying temperatures and pressures experienced throughout the quartz creation process.

Quartz is a silica-based material that is hard and crystalline (silicon dioxide). Second to feldspar in terms of abundance in the Earth's continental crust, quartz is a widely distributed mineral. When the German word "Quarz" first appeared in middle high German and east central German, it had the same form as the Polish dialect term kwardy, which has the Czech term tvrd as its translation ("hard"). This term, originating from the word "icy cold" in Ancient Greek, was used by the Greeks to describe quartz because some philosophers, such as Theophrastus, thought quartz to be a sort of supercooled ice. For translucent, coarsely crystalline quartz, the phrase "rock crystal" is often used.

Variety of quartz has long been one of the most widely used minerals in the creation of jewelry and hardstone carvings, particularly in Eurasia, and this has been true since antiquity. Quantitative scratch testing, which determines a material's resistance to abrasion by using a qualitative scratch method, is performed on quartz, which defines the value of 7 on the Mohs scale of hardness. There are numerous different kinds of quartz, some of which are considered jewels by the gemstone classification system.

So what are the other types of quartz you should not be missing out? Let's go first to the most common one.

This type of quartz is translucent and has no internal reflections, making it ideal for use in jewelry. Clear Quartz Crystal is a more frequent name for it. The cooling and crystallization of molten magma results in the formation of naturally occurring crystals such as quartz. Rather than being transferred, they form on the spot, a process known as "syngenesis." It must be cooled quickly in order for quartz to form. Instead of quartz, it begins to create feldspar as it cools more slowly. Minerals like epidote are formed when magma cools slowly, resulting in huge crystals that develop within cooling lava flows. Quartz comes from quartzite, which is a sedimentary rock created by the quick cooling of lava.

They all have the same six basic metaphysical traits. They can store, organize, amplify, focus, transmit, and transform energy, as well as thinking, emotions, and information. A lot of things go into the metaphysical qualities of these stones, but they're not the only ones.

Amethyst, the most stunning member of the quartz family, has long been appreciated. The Greeks and Romans believed it kept you from getting drunk (they even made drinking vessels with it). Amethystos (a prefix for ‘not') and methustos (‘not drunken') are both Greek words (intoxicated). Egyptians and Romans both utilized amethyst. Amethyst ranges in hue from gentle lavender to deep purple. Amethyst may be artificially darkened with sufficient irradiation, which some vendors employ to make gems more appealing. Synthetic amethyst is nearly identical to natural amethyst. Artificial amethysts have imperfections or lack clarity, and their hue is uniform, whereas natural amethysts are variegated.

This crystal can help us protect our psychic abilities and purify our bodies, minds, and hearts of harmful energies, blockages, and misguided mental maps of the world. This stone's energy profile is quite similar to high-grade amethyst, connecting with the Third Eye and Crown Chakras' purple-violet coloring. It also resonates with the Violet Flame of Purification, which is used in many Ascension meditations.

Similar to amethyst, citrine was also utilized as a gemstone in Ancient Greece; however, it was less prized than amethyst. Several superstitions are associated with it, including the belief that it brings good fortune to merchants in more modern times. Amethyst has a similar yellow color to it, but the exact origin of it is still a mystery. Amethyst is more popular, while citrine is far more rare. Citrine is often sold as amethyst that has been heated to an extreme temperature and turned yellow.

Citrine is a motivational stone that also stimulates creativity and encourages self-expression. It improves attention while also revitalizing the intellect. It helps to discharge bad characteristics such as despair, fears, and phobias. Emotional equilibrium is achieved.

Because the mineral's color fluctuates from brown to black, it's simple to understand why the smokey quartz has been given its name. It can be obtained in two ways: naturally and synthetically. Cairngorm and Morion are the other two kinds. It is common to find pockets of smokey quartz among volcanic rocks. If you're looking for something with a more subtle smoky color, this is the best option. Smoky quartz isn't the only dark quartz out there. Smoky quartz, like citrine, displays dichroism in polarized light, just like the mineral.

A fantastic stone for working with the Root and Solar Plexus chakras, Smokey Quartz helps the wearer connect with the Earth's energy. Negative energy can be neutralized and transmuted with the help of Smokey Quartz. Smokey Quartz can help integrate messages and/or spiritual energy received in higher chakras into the lower chakras and anchor expanded consciousness into the physical body. All of the chakras can benefit from the use of Smokey Quartz.

Rose quartz is pink to rose red in color because of titanium or iron (although manganese can also be present). It's rarely used as a gem due to its impurities; it's primarily used to carve animals, hearts, etc. But when it's clear, it's magnificent. Rose quartz is hazy, transparent, or opaque. This is owing to tiny pink borosilicate fibrous inclusions. Aluminum and phosphorous atoms replace silicon in the crystalline lattice, giving it a pink tint.

As a stone of unconditional love, Rose Quartz is sometimes referred to as the "Love" or "Heart" Stone. It helps one to open up to all the different kinds of love that are accessible, whether it's love for one's self or for one's family or platonically or romantically. Through gentle forgiveness, compassion, kindness, and tolerance, Rose Quartz is supposed to bring one's emotions into balance and promote peace of mind. Rose Quartz is a stone of self-esteem and self-worth, and it is said to cure emotional wounds, trauma, and sadness.

Prasiolite, commonly known as vermarine, is a kind of quartz that is green in color. The majority of "prasiolite" that is marketed currently is heated amthyst — but not heated to the point where it turns into citrine. Natural prasiolite is almost entirely sourced from a small Brazilian mine, however, it has also been discovered in Poland and other countries. It is, without a doubt, the rares variety of quartz on this list.

Prasiolite is a crystal that represents abundance, prosperity, and self-reliance for crystal healers and metaphysical practitioners. It is associated with both inner peace and inner strength, according to legend.

It is no doubt that colors give life to each of us. As for these crystals, their beautiful and precious colors are being achieved through time and tests of nature. So let's not forget the things these crystals go through before their colorful beauty appears. Just like us, may our struggles in life release the beauty within us.