Types Of Onyx - Learn About Its Six Specific Variants 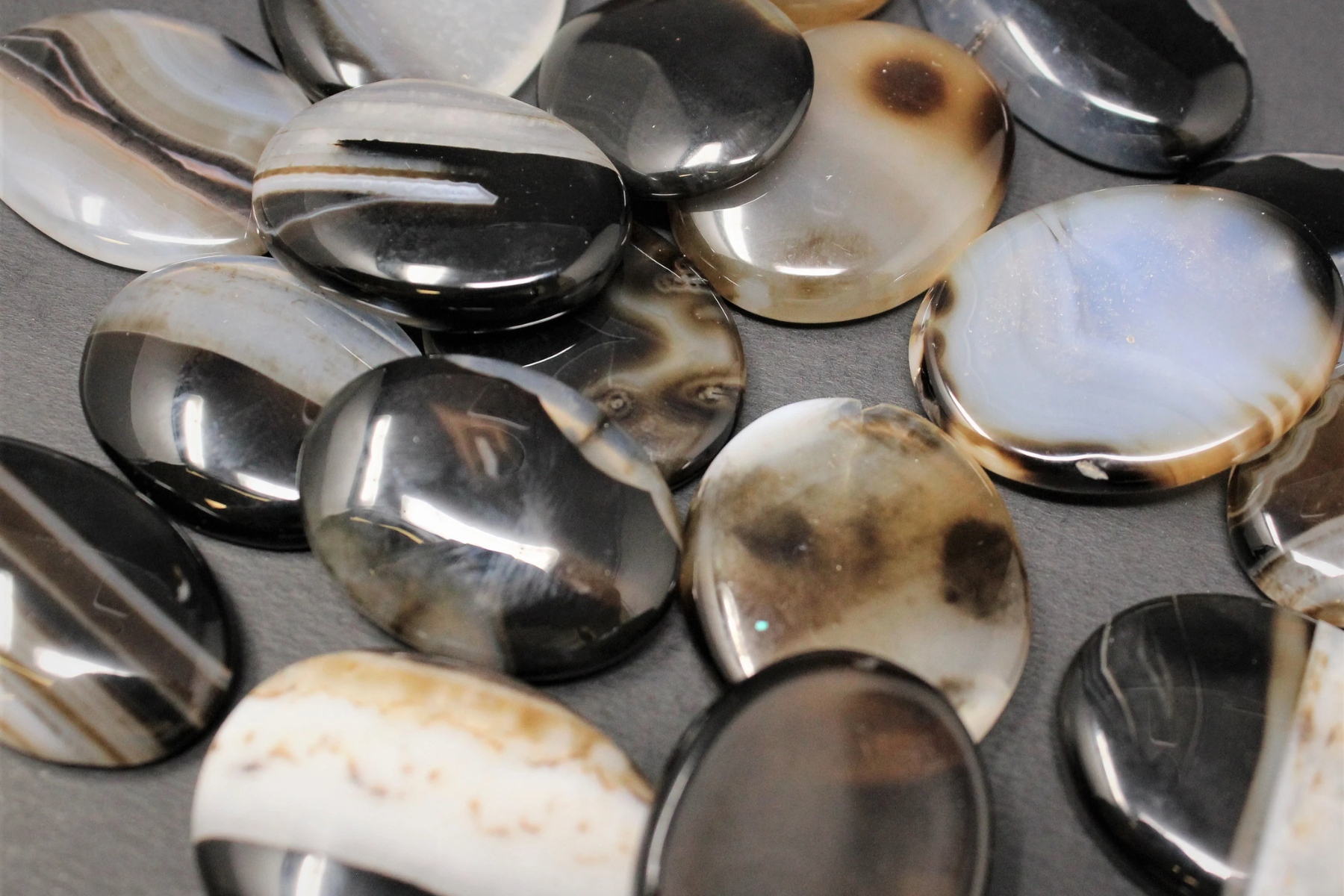 Onyx is a one-of-a-kind gemstone that has been around for a very long time and is just now beginning to make its mark on the market for jewelry. Onyx is notable for having a transparent quality, which adds to its overall appeal.

Onyx surfaces have a naturally glowing and dazzling aspect because the stone slabs are thin and the stone itself reflects light very well throughout the stone.

And this stone is not limited to just one type; there are other types of onyx as well.

The Science Of Onyx

Black onyx with colored stripes Onyx is made up of bands of different colors of chalcedony. It is cryptocrystalline, which means that tiny pieces of the silica minerals quartz and moganite are tightly packed together.

Its bands run parallel to each other, while agates often have bands that run in different directions.

How Was It Cut?

This material is usually cut from agate or other types of chalcedony with even, parallel layers, usually with a lighter layer on top of a darker layer. 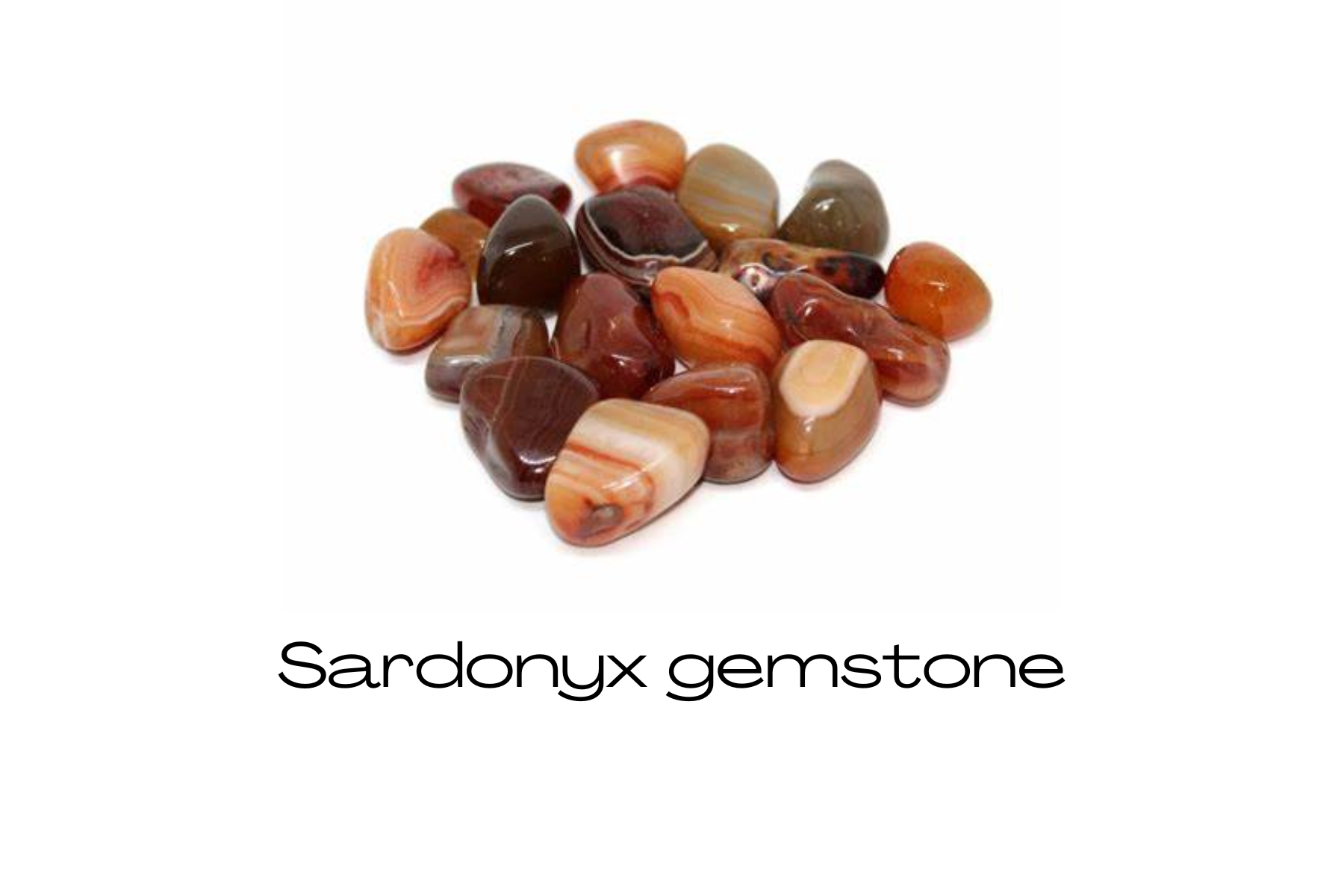 The term "sardonyx" refers to a gemstone that is a combination of the two minerals sard (an orange chalcedony) and onyx. On occasion, it may also be referred to as Sardinian Onyx.

Sard is responsible for the virtually black, red, to dark orange color, whereas onyx is typically in the pitch-black color spectrum. In order to manufacture sardonyx, bands of these two different kinds of minerals are placed one on top of the other.

Sardonyx has a hardness of 6.5 on the Mohs scale and is easy to find and cheap to use as a gem, bead, or piece of jewelry.

Countries such as Germany, Brazil, the United States of America, and Russia all have significant amounts of sardonyx stones. On the other hand, it is stated that India is home to Sardonyx of the highest possible grade.

Properties: Properties of Sardonyx according to metaphysics since ancient times, Sardonyx has been worn as a stone of strength and protection. It is also associated with bravery, happiness, and the ability to communicate well.

Marriages and partnerships benefit from the long-term satisfaction and stability that it gives. 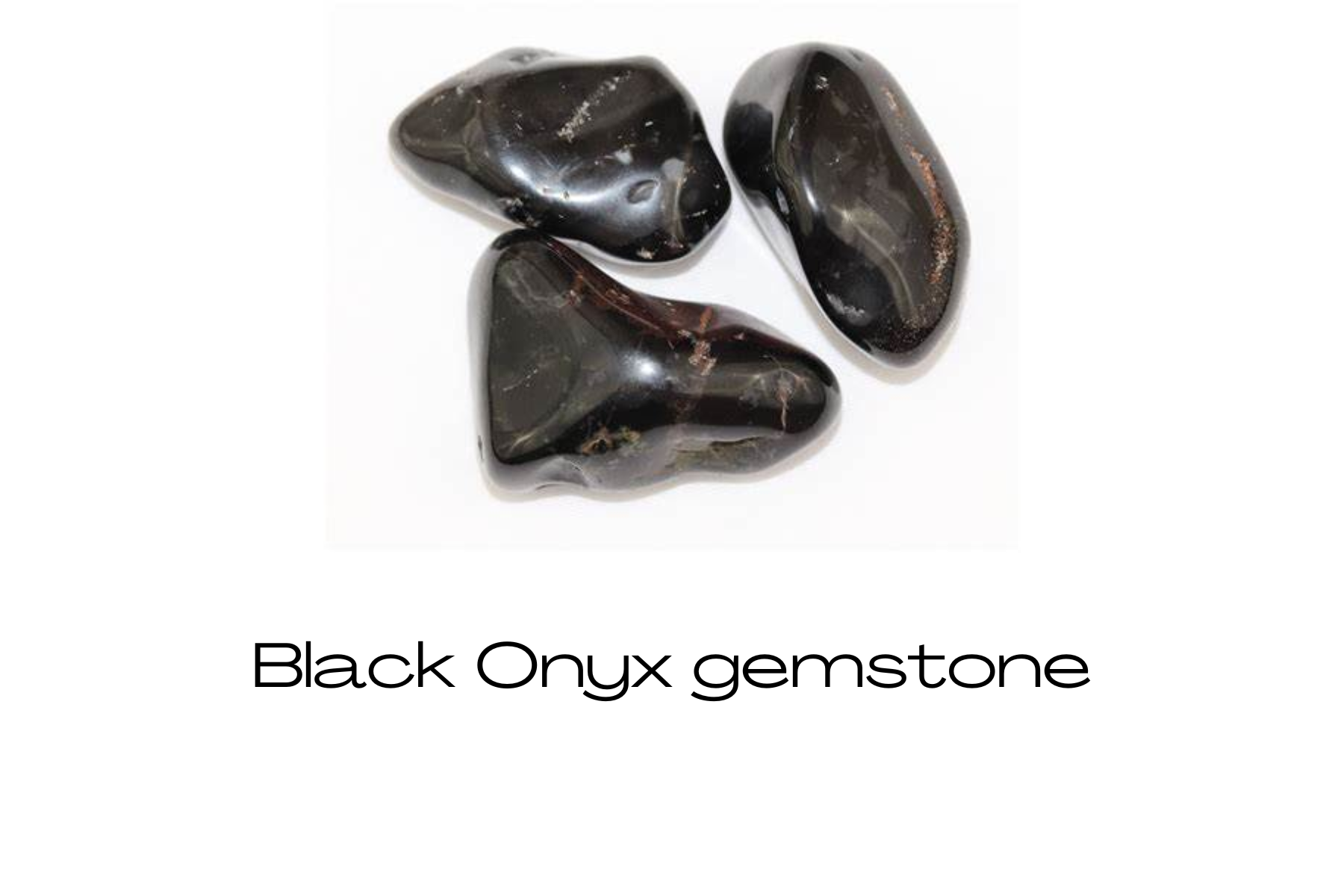 The mineral is known as black onyx is a type of silicate that was formed when silicon collected out of solution to form the solid quartz. It is quite hard and does not react with acids in any way, similar to agates.

Quartz grains of different colors are arranged in alternating groups to form this material. It has a rough texture that is characterized by fine type two quartz and morganite gemstones made of silica.

Properties: Black Onyx is generally regarded as having some of the most powerful healing properties of any diamond in nature. Black onyx has on all levels emotionally, mentally, physically, and spiritually.

When worn, the Black onyx gemstone is said to help a person in releasing negative feelings.

On the Mohs scale, its hardness is 6.

Properties: White Onyx is a caring and protective stone that helps us be more patient with ourselves. It also helps us find clarity and focus, which helps us reach and stay in deeper states of meditation.

It is like a block of marble that needs to be shaped. It is a stone of potential that helps us improve ourselves. 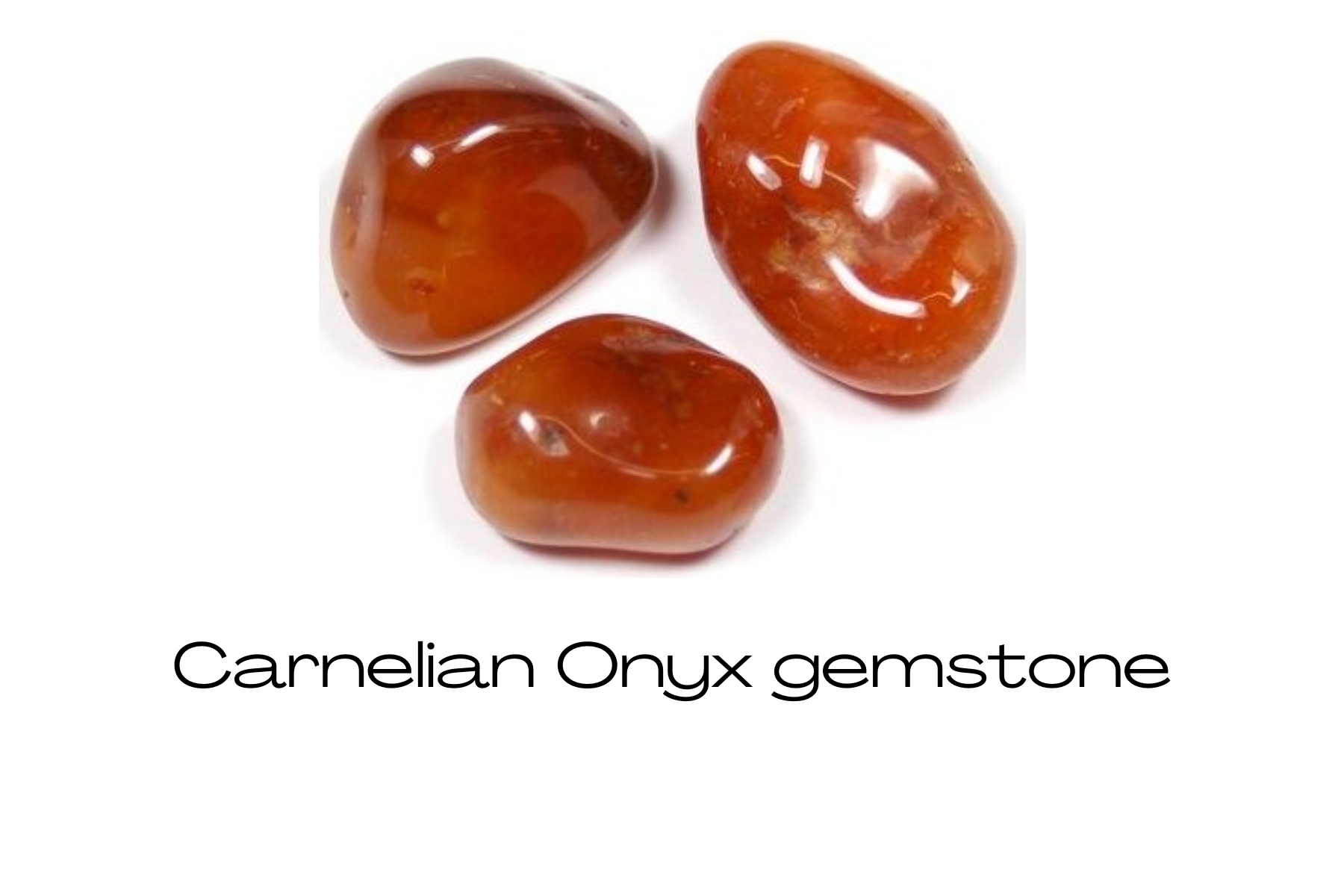 Carnelian is a mineral that has a brownish-red color and is often written cornelian. It is commonly used as a semi-precious gemstone. Sard is a stone that is comparable to carnelian but is often denser and darker (the difference is not rigidly defined, and the two names are often used interchangeably).

Properties: Carnelian has been worn in the hope that it may protect the wearer from mental illness and depression. Carnelian is thought by some people living in modern times to improve self-esteem and creativity, relieve feelings of insecurity, raise levels of physical vitality, and relieve symptoms of insomnia. 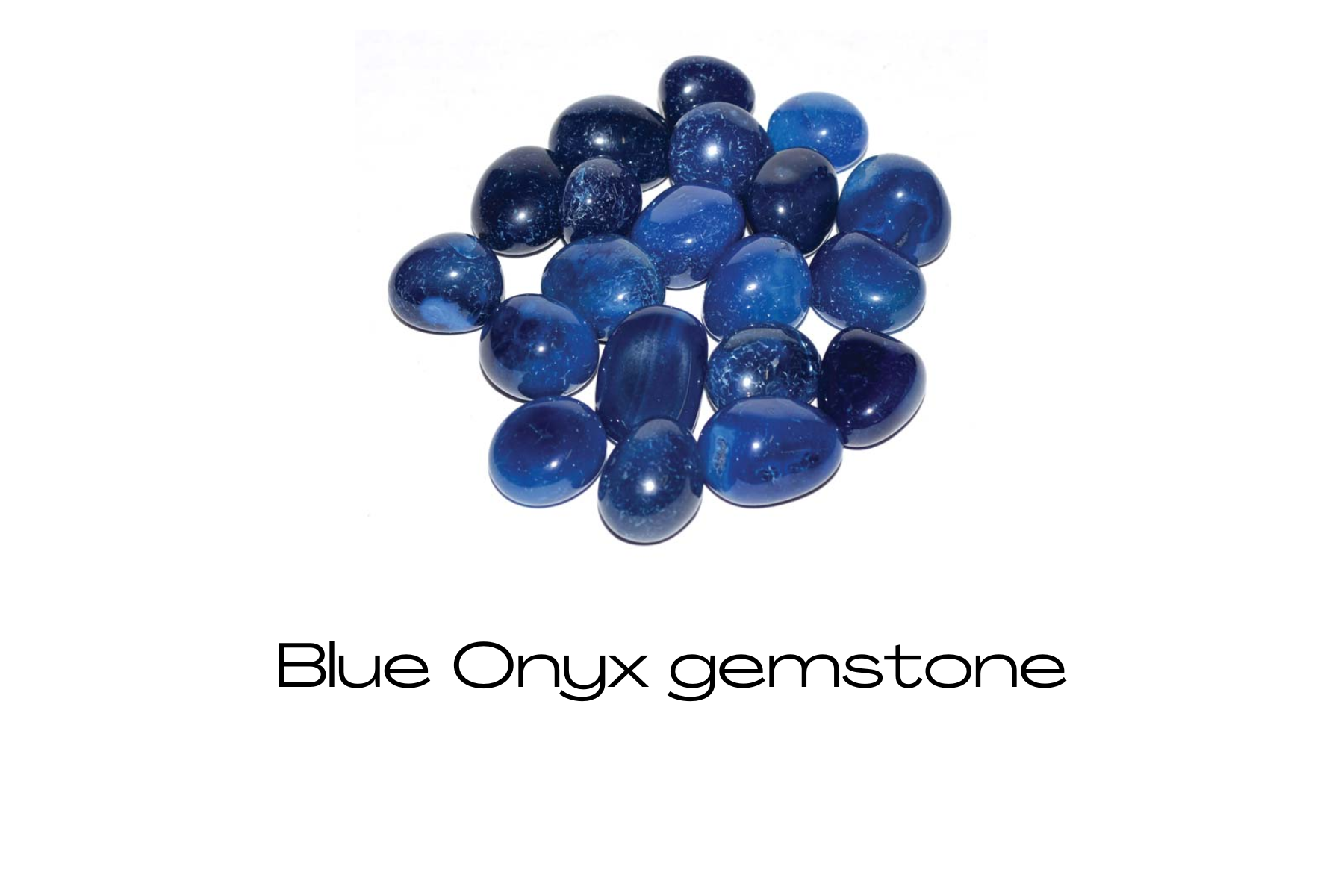 The gemstone is known as "Agate" and is known as Blue Onyx. The blue part of a blue agate will have white stripes, and while the blue part will be mostly colored, the white portion will be difficult to dye and will largely maintain its natural form.

On the Mohs scale, its hardness ranges between 6 and 7, and its brilliance can be glassy or silky depending on the type of crystal it is.

Properties: Blue Onyx is a powerful stone that can protect you. This gemstone gives off protective energy that keeps you safe from bad and low energies that can make you feel nervous or hurt your life.

Tuning in to the vibration of this blue stone will give you a strong, empowering attitude that helps you deal with life's challenges with a positive and hopeful outlook and leads to the peaceful elimination of any source of confusion, negativity, or stress. 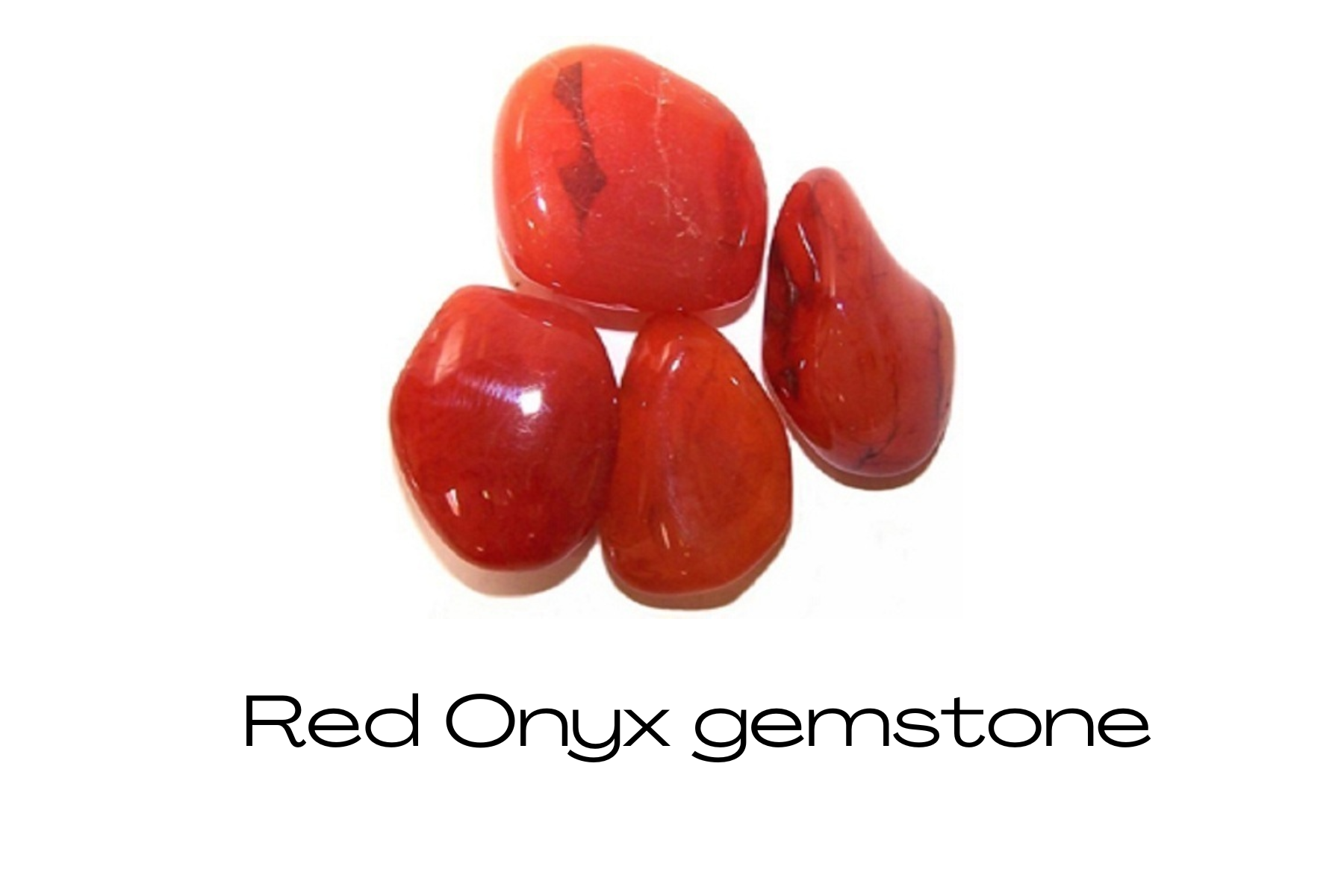 Red onyx is mostly made up of the same chemicals as quartz. Other types of chalcedony, like jasper and agate, are red, pink, or brown because they have iron oxide impurities in them.

Its hardness on the Mohs scale is between 6.5 and 7.

Properties: Red onyx is also known for its ability to keep things safe. Red Onyx keeps you safe from evil eyes and gets rid of bad energies in your aura.

Red Onyx is a stone that helps you deal with the problems you face in life. Red Onyx gets rid of bad energies and keeps too much energy in check.

Where Is Onyx Found Naturally?

Onyx is a type of gemstone that can be discovered in many different parts of the world, such as Greece, Yemen, Uruguay, Argentina, Australia, Brazil, Canada, China, the Czech Republic, Germany, Pakistan, India, Indonesia, Madagascar, Latin America, the United Kingdom, and several states in the United States.

The majority of these Onyx stones have had their natural colors boosted by artificial means. Even if this has no effect whatsoever on their basic energies, it is good that it does not transform them into vibrations that are connected with these colors either.

What Is The Banding On Onyx?

This is what gives most onyx stones their unique bands or stripes. Onyx is usually a black stone, but there are also brown, pink, red, and green Onyx stones. Onyx stones can also have no color. Onyx has white lines that look like bands. These lines are usually just straight lines.

What Is The Rarest Onyx Stone?

Today, the stone comes in many colors, shapes, and types, but the most valuable and hard to find is the black onyx with parallel bands of color.

Onyx, like other gemstones you can buy, has great astrological properties that can help you deal with different problems and fears.

Are you aware that each gemstone has its own classification? It is true that, like Onyx, it is not limited by a single variant. You'll be amazed at how well they produce such beautiful stones after seeing their other variants.