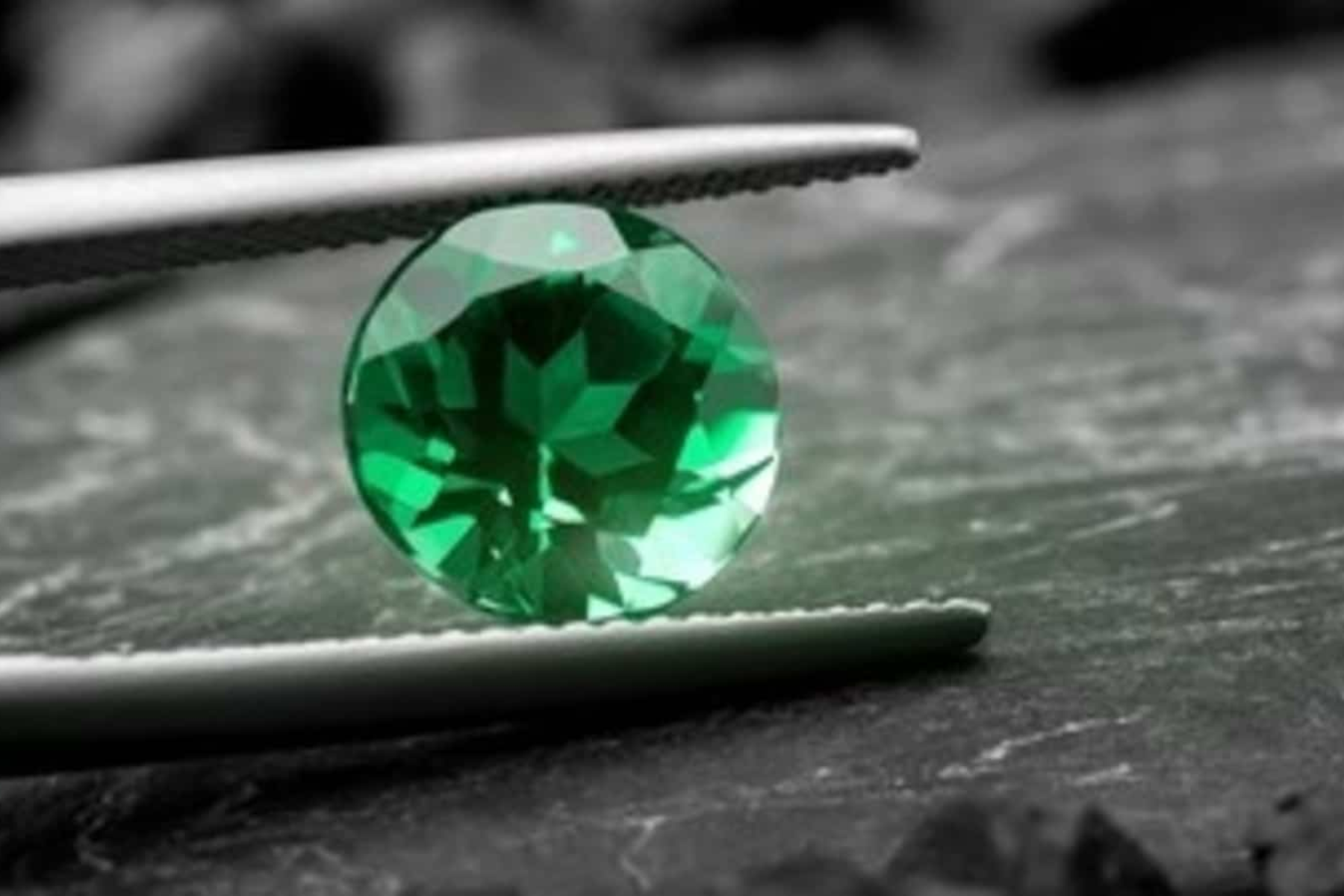 However, in reality, emeralds are more than 20 times rarer than diamonds, and as a result, they often command a higher price.

On the other hand, some of them believe that it is only useful for the application of metaphysical properties; so, in order to prevent the contrast between these two, we are going to talk about both of them in relation to all types of emerald.

The Science Of Emerald Stone

Emerald is a form of the mineral Beryl that is known for its green color. It has a vitreous sheen and a crystal structure in the form of hexagons.

Emerald is a precious gem that gets its emerald green color from chromium and vanadium elements that are naturally present in the stone. The Mohs scale assigns emerald a 7.5-8 rating for its hardness.

The most ideal shades of emerald are those that range from bluish green to pure green, have a high level of color saturation, and have a tone that is not too dark. The most valuable emeralds have a high degree of transparency.

Their color is evenly distributed, and there is no visible zoning to the naked eye.

Types Of Emerald - Jewelry Use And Benefits

These are the 5 that have good use in jewelry and metaphysical properties: 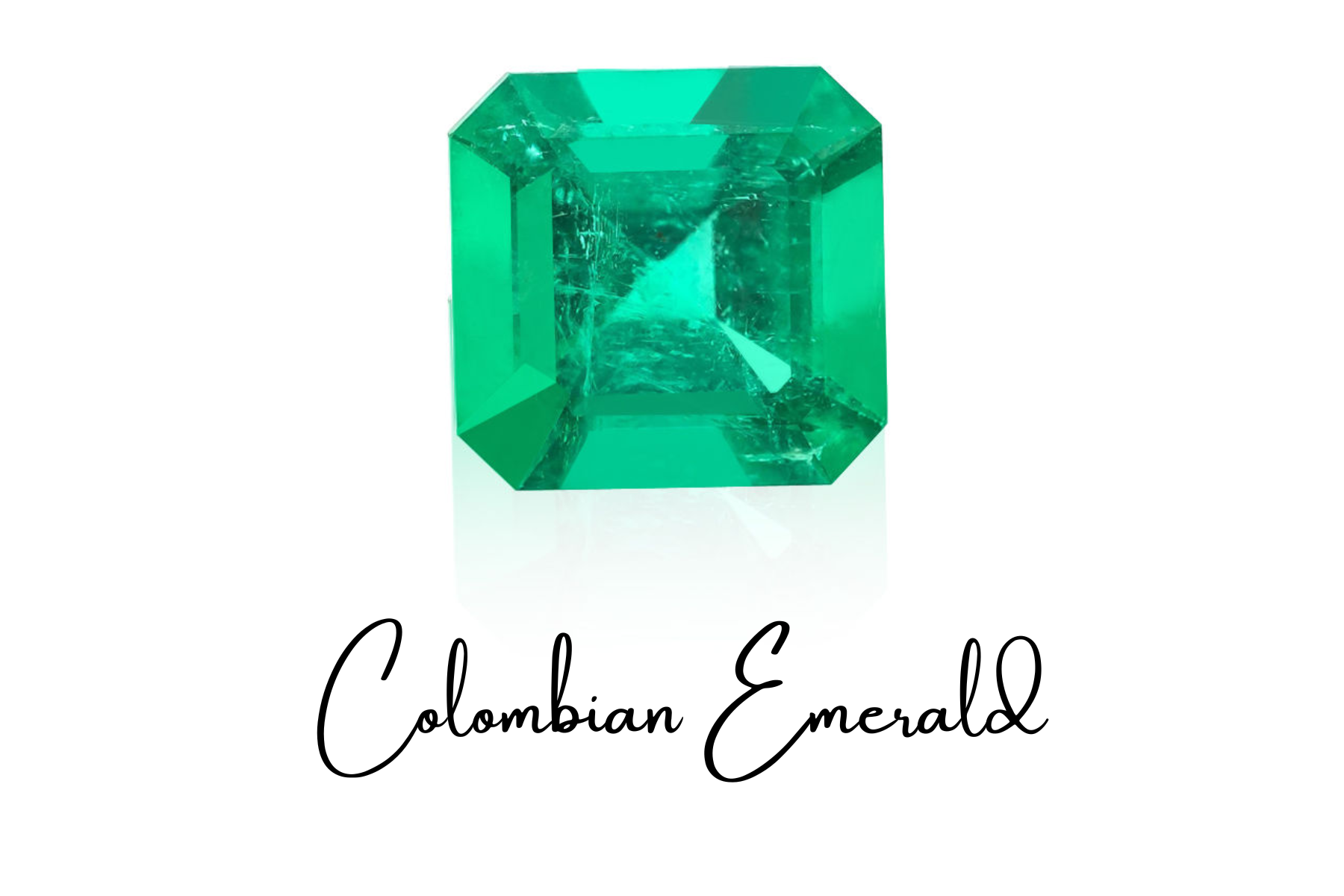 It is considered that the pure green color of Colombian emeralds is deeper and more vibrant than that of other types. It is an extremely unusual occurrence to find an emerald that is completely free of inclusions.

Colombian emeralds are good for jewelry because they have many advantages such as good color and hardness.

Locations: The majority of Colombia's emeralds are taken from mines in the eastern part of the Andes, which are located between the departments of Boyaca and Cundinamarca. The mines of Muzo, Coscuez, and Chivor are the three most important ones in Colombia.

Chivor is a privately owned mine, in contrast to Muzo and Coscuez, which are both operated under long-term contracts given by the Colombian government to Colombian firms.

Properties: The emerald is a stone that encourages life. In addition to opening the heart chakra, it has a calming effect on emotions. It grants inspiration, balance, wisdom, and patience to the user.

It is supposed to enable the wearer to both offer and receive unconditional love, which in turn promotes friendship, serenity, harmony, and household joy. 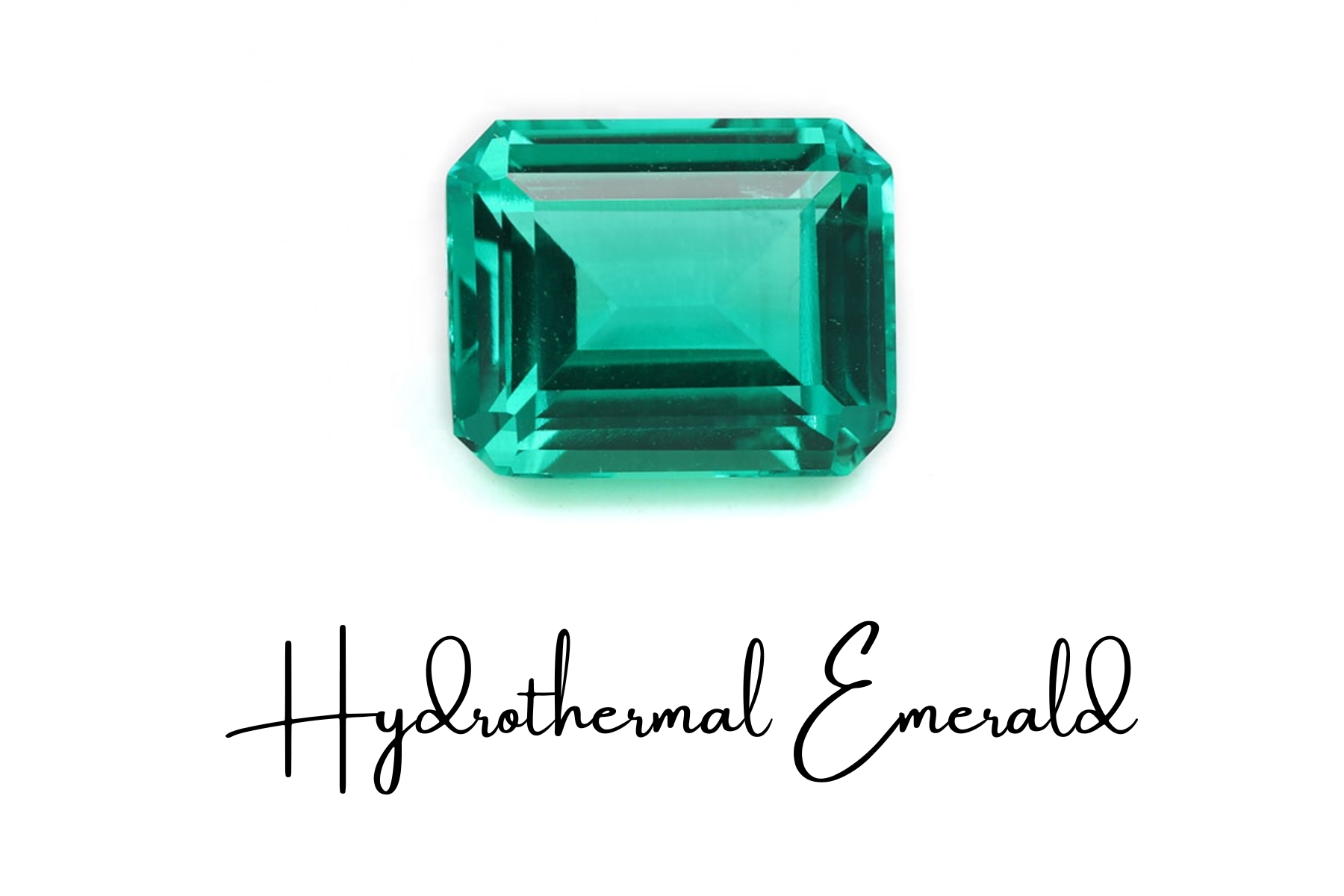 Hydrothermal emeralds are made in a way that is very similar to how natural emeralds are made. They are heated and put under a lot of pressure. One big difference is that they don't grow in the shape of an elongated hexagon from a piece of colorless beryl.

Hydrothermal emeralds have a tough appearance that you will be comfortable wearing and exposing to the public.

Location: Tairus is the biggest producer of hydrothermal emeralds today. It has been able to make emeralds that have the same chemical makeup as emeralds found in alkaline deposits in Colombia.

Properties: Emerald is used to treat problems with the heart, lungs, spine, and muscles. It helps people get better after an infectious illness, clears up their sinuses, and calms their eyes, which improves their vision. It cleans out the liver and helps people with diabetes and rheumatism. 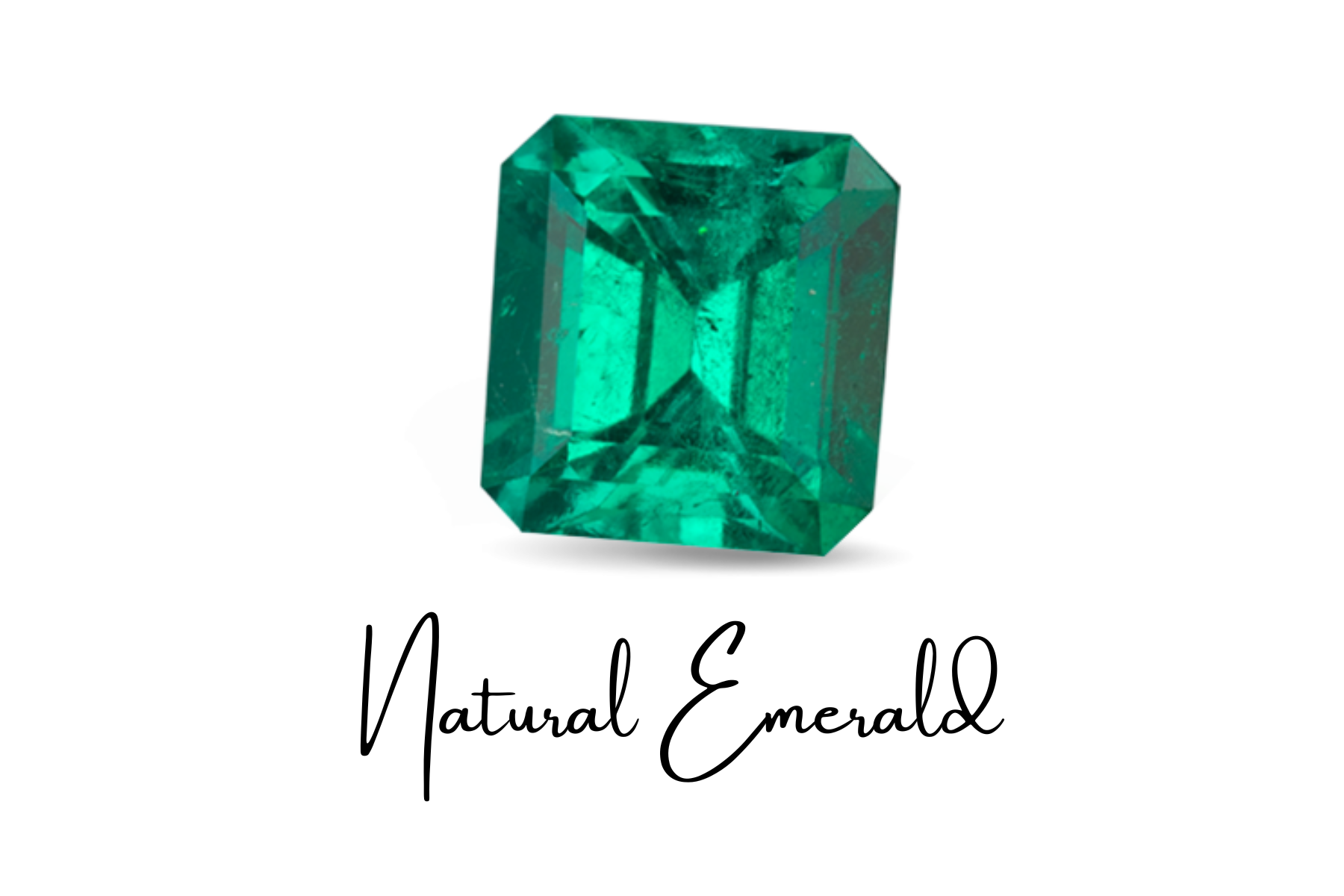 Emerald is a type of the mineral beryl, which also comes in aquamarine and other colors. It is green to blue-green in color. Gem experts have different ideas about how much green in a stone makes it an emerald or a less expensive green beryl.

Because of their pure, unaltered state, natural emeralds are the best option when selecting an emerald for jewelry.

Location: This is why emerald is hard to find and only found in a few places. Most of the emeralds that are mined today come from four countries: Colombia, Zambia, Brazil, Ethiopia, and Zimbabwe. These countries consistently make enough emeralds to sell on the market.

Properties: The ancient god of wisdom, Thoth, was thought to have given emeralds to people. The emerald is also called a "seer's stone" because it is thought to help people see the future and know the truth. 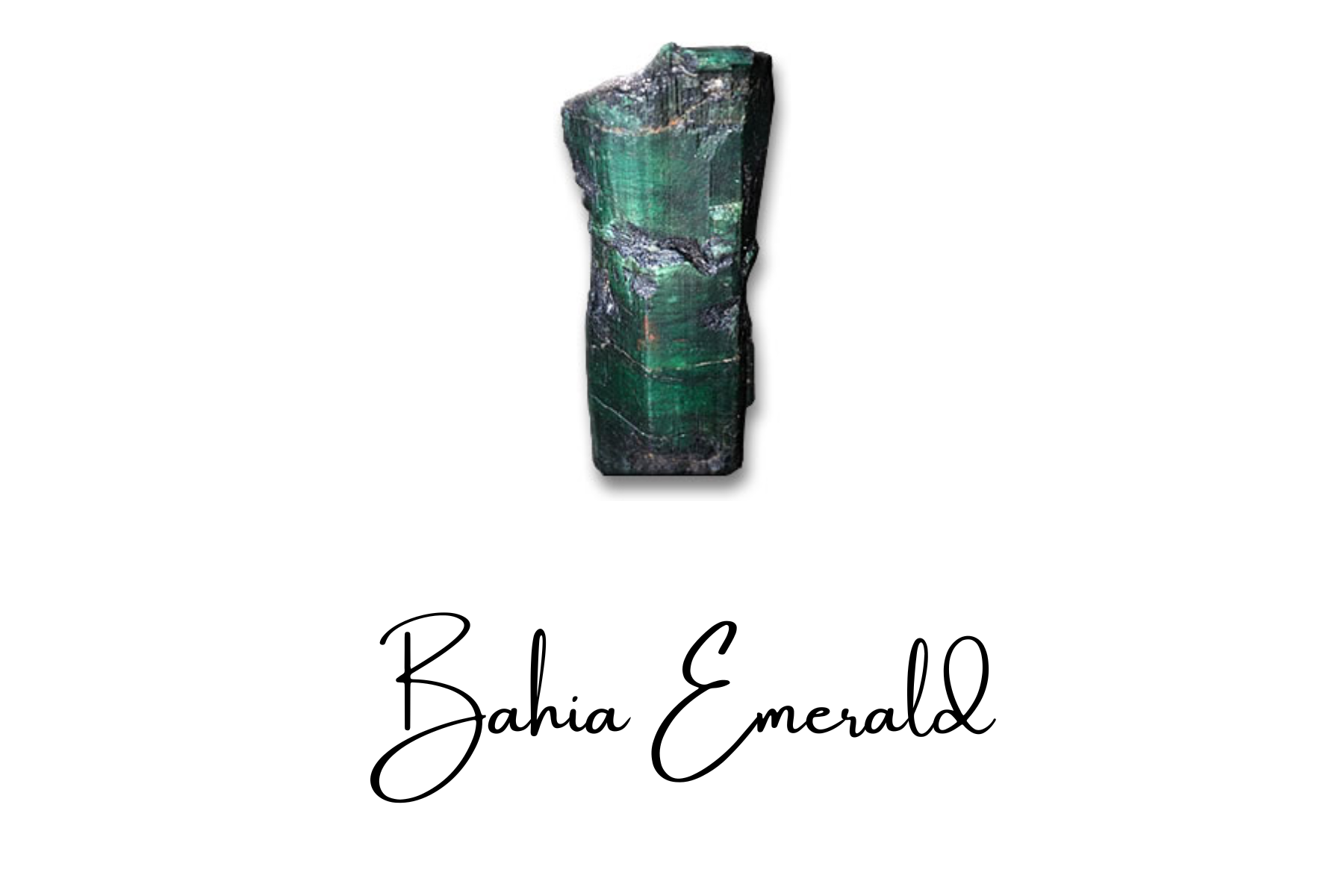 It was first found in the beryl mines of northern Bahia, Brazil, in 2001. This is where it got its name. Bahia is an old name for the bay that European explorers first saw in the 16th century. It comes from the Portuguese word bay, which means bay.

This stone gives you the confidence to wear an emerald stone because it has a solid appearance and surely won't break easily.

Location: Since they were found about 60 years ago, the mines in Bahia, Brazil, have been known for their high-quality Emeralds. But the Bahia Emerald, one of the world's largest Emeralds, was found in this mine in 2001. This may be the one thing that makes this mine stand out.

Properties: It was said that these gems also improved memory and made people smarter. Its most valuable ability might have been the ability to see what would happen in the future. 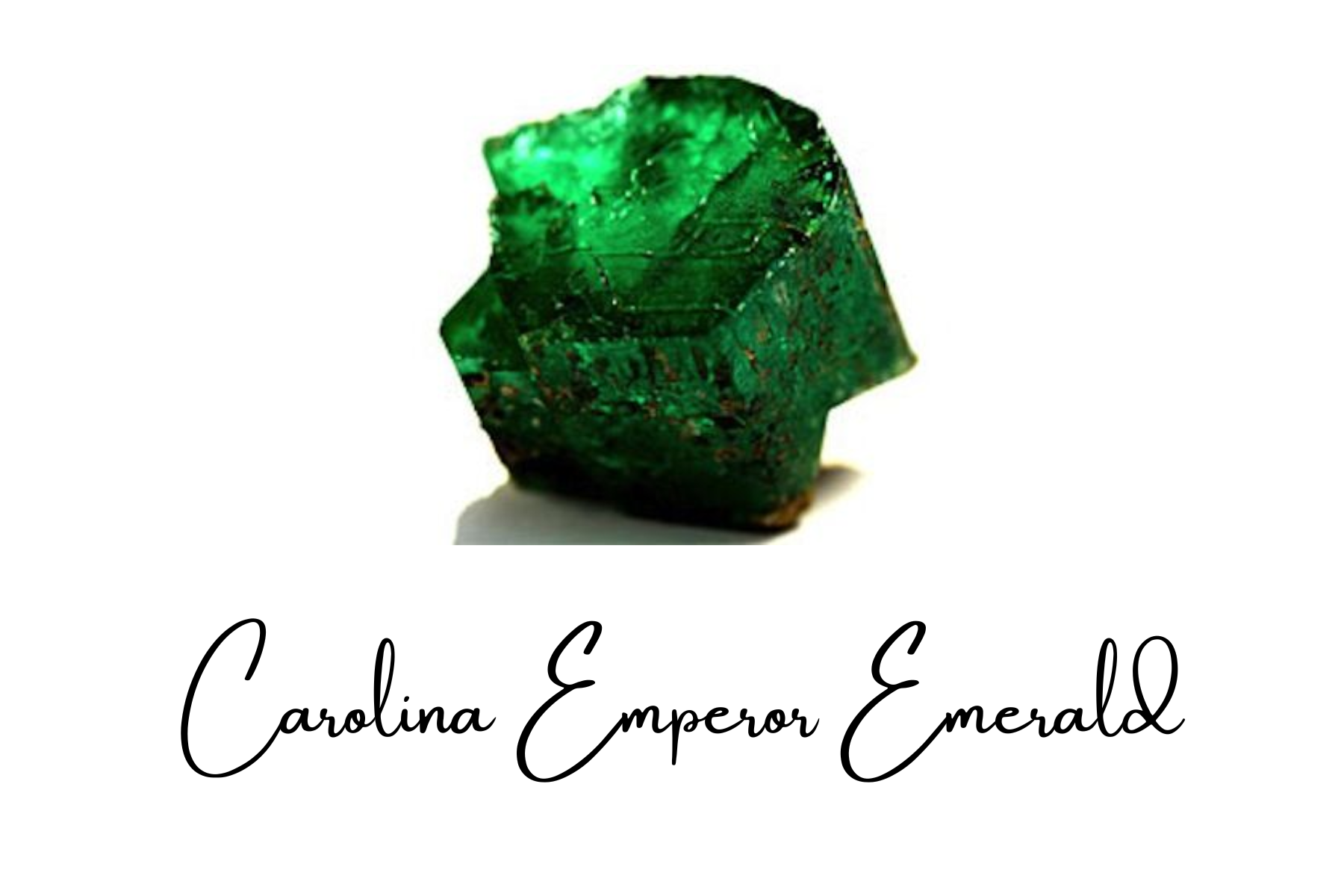 The gem has been cut down to 64.83 carats and is called the "Carolina Emperor." It is said to be the largest cut emerald ever found in North America. People are saying that it looks like an emerald that used to belong to Catherine the Great of Russia.

This is good if you want your jewelry to glow when the light hits it. It will provide a stunning light of green and it will become noticeable.

Location: The 65-carat emerald was found in Hiddenite, a small town 50 miles northwest of Charlotte. Gem experts say that the emerald, which has been called the "Carolina Emperor," could be the largest one ever found in North America.

Properties: The rich color is known as a spring color, and it has been a sign of love, hope, and new life for a long time. Emerald is a precious stone that is linked to the goddess Venus. It is also thought to help people get pregnant.

Other Types Of Emerald Gemstone

These emerald stones are the least common among the ten types.

The most desirable emerald colors are bluish green to pure green, with strong color saturation and a tone that isn't too dark. The most valuable emeralds are very clear. Their color is spread out evenly, and there is no color zoning that can be seen.

Which Emerald Is Best?

Rough emeralds from Colombia are known to be the best. The pure green color of these emeralds is stronger and warmer. Deep green emeralds are rare in nature, which is why they are so valuable and sought after.

The Emerald of Colombia documentary of Patrick Voillot

What Is The Most Valuable Type Of Emerald?

This isn't one of the first five because it's impractical to buy as a piece of jewelry because of its price.

Are Light Or Dark Emeralds Better?

Many people think of emerald as a deep, dark green color. But most of the time, the stone they fall in love with is much lighter. Lighter gems reflect more light, which makes them livelier, and most people like them better than a darker green gem that doesn't shine as much.

In spite of the fact that each of them has qualities that will be to your advantage, they are also desirable for use in jewelry design, the fashion industry, and even in everyday life.