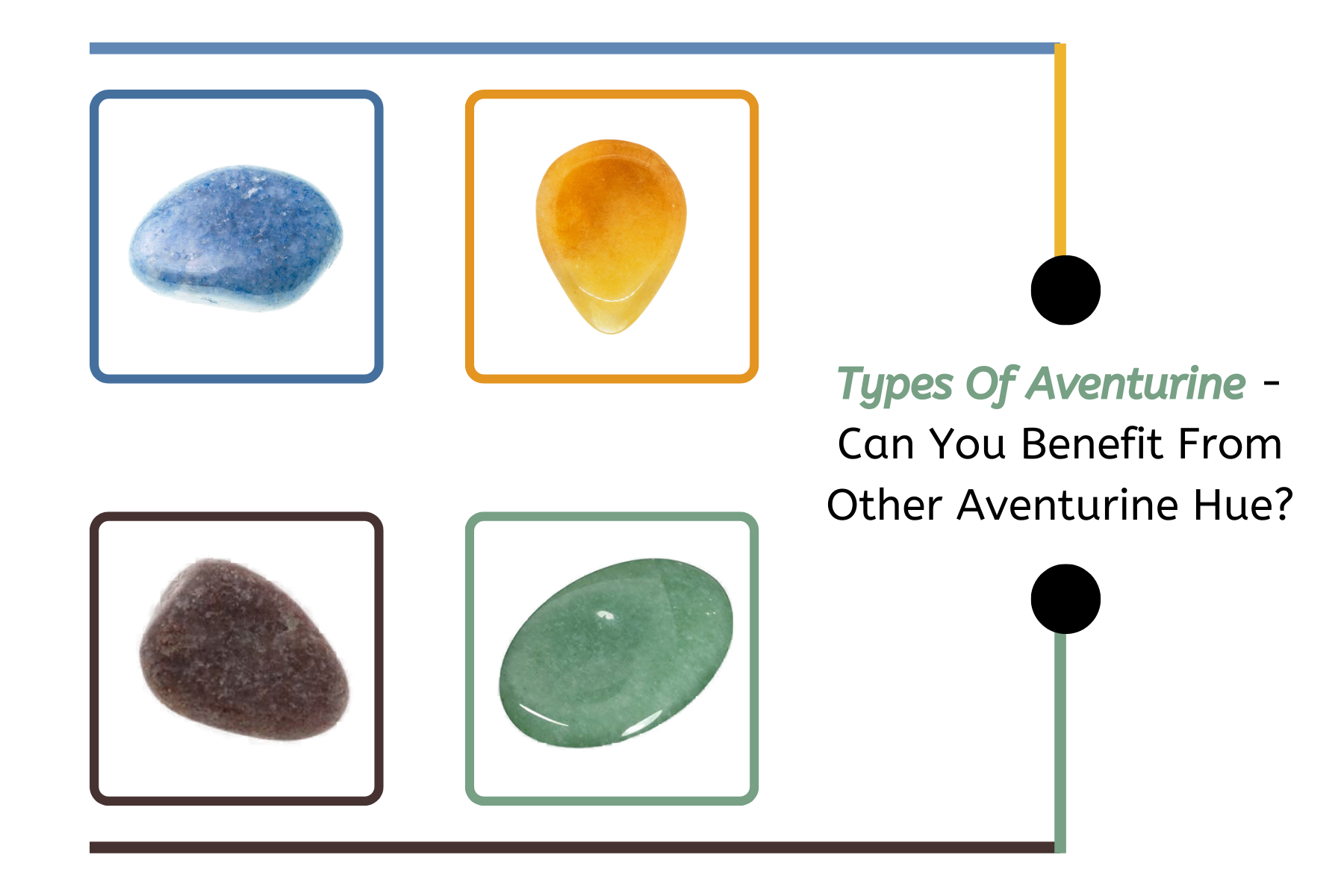 Aventurine is a beautiful crystal that people love for the way it sparkles and shines. The mineral Fuchsite gives Aventurine its unique green color, which is very rare among types of quartz.

Given the fact that this page has already discussed aventurine gemstones, you are already aware that aventurine is a type of quartz. It can be identified by its transparency and the presence of platy mineral inclusions, which are responsible for the gemstone's aventurescence which can be described as a shimmering or glistening effect.

It is a green stone that, in comparison to other green gemstones, is relatively rare but provides an amazing green tint. However, were you aware that there are also different types of aventurine?

The Meaning Behind The Name "Aventurine"

The word "aventura," which means "by chance" in Italian, is where the word aventurine comes from. This is a point of how aventurine glass or goldstone was found by chance in the 18th century.

One story says that this type of glass was first made by accident in Murano when a worker let some copper filings fall into the molten "metal." The glass was then called "avventurino" because it was made by accident. The mineral got its name from the glass from Murano, which looked a lot like the mineral.

It Comes With Lots Of Benefits

Aventurine is known for its ability to calm professional performance anxiety while enhancing overall mental clarity, creative output, and compassionate behavior. On a more meaningful level, it is well-documented that the use of an aventurine stone helps to maintain normal thymus gland activity while simultaneously providing support for the nervous system.

Aventurine in green color is a crystal that helps with stability and grounding. Aventurine can help you in regaining awareness of your physical body and your connection to the earth if you have a habit of living on past events, overthinking current circumstances, or getting stuck in your head as a result of these tendencies. 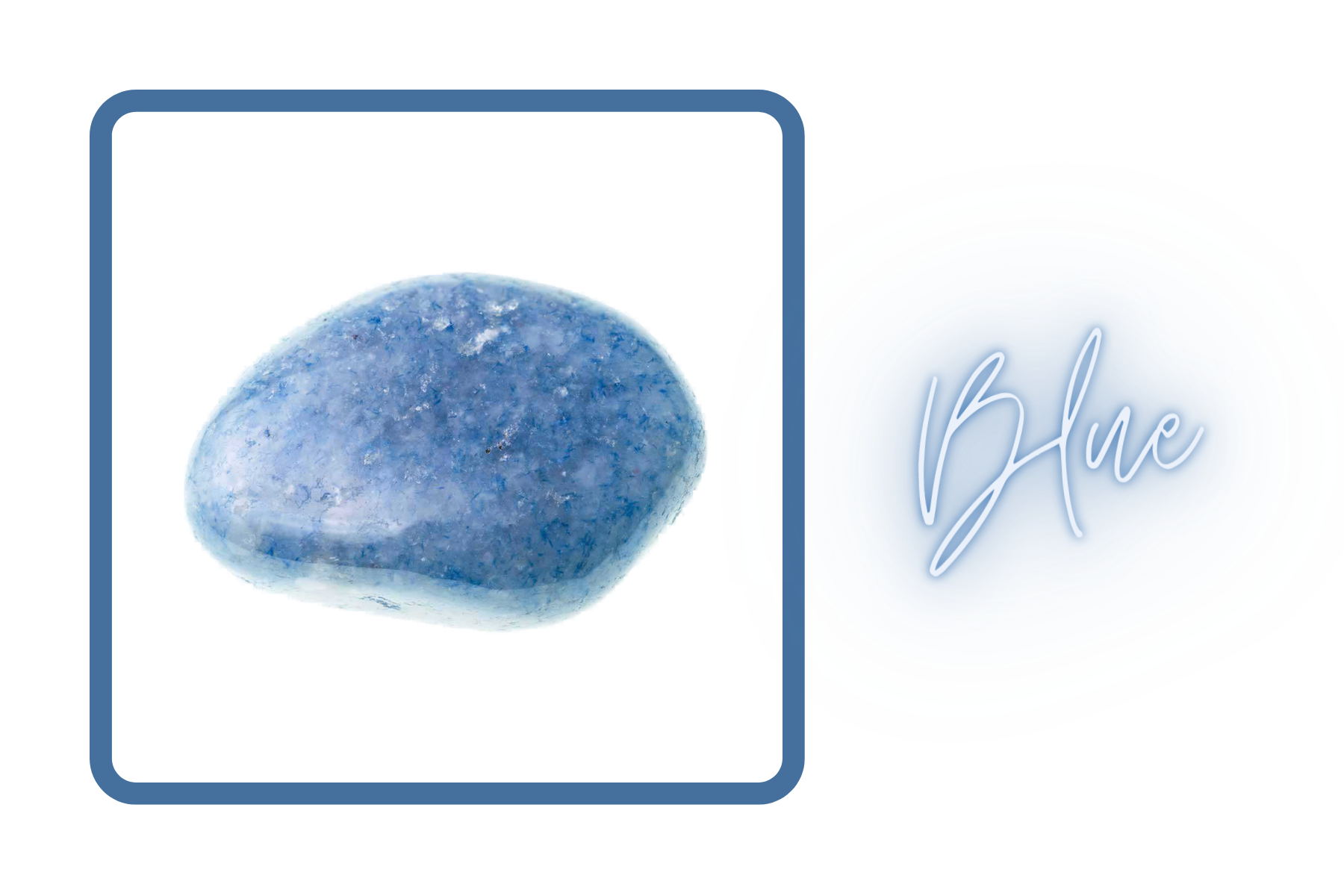 This first type we are talking about is known as Blue Aventurine and it is composed of silicon dioxide and belongs to the Quartz family. The color comes from small inclusions of copper, which are typically found crystallized in the form of large masses.

The crystals give the material its unique color. A large percentage of the material currently available on the market comes from mines located all across Brazil; however, both Russia and India have major deposits.

Blue Aventurine is a good stone to use when you feel stressed out and overwhelmed by life. This stone helps you clear your mind so you can only see what is right in front of you. Take things one step at a time, and you'll make room in your life for more to come in. 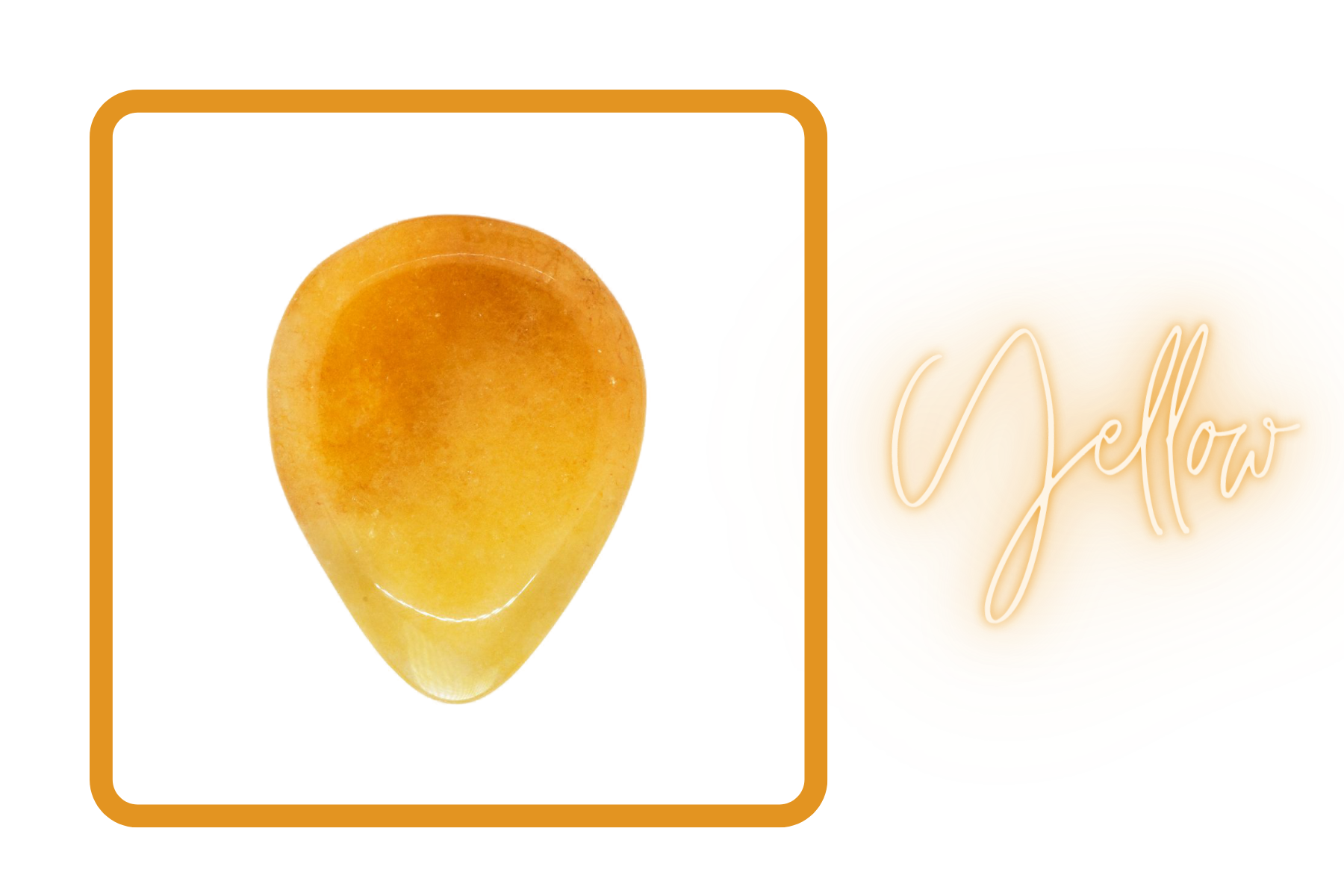 Another type of aventurine, the Yellow Aventurine is a mineral made of silicon dioxide. It is in the same family as Quartz. It comes in different shades of yellow, which are caused by tiny bits of Mica or Muscovite.

This type of Aventurine is one of the rarest in the group, and it is usually found in large crystallized masses. Most of the Yellow Aventurine that is sold today comes from Brazil but there are also important places in India where it is found.

Yellow Aventurine connects directly to your solar plexus chakra and pushes you to work on awakening your personal will. This important attribute holds the energies that are used to create, focus, and manifest, as well as important leadership qualities. 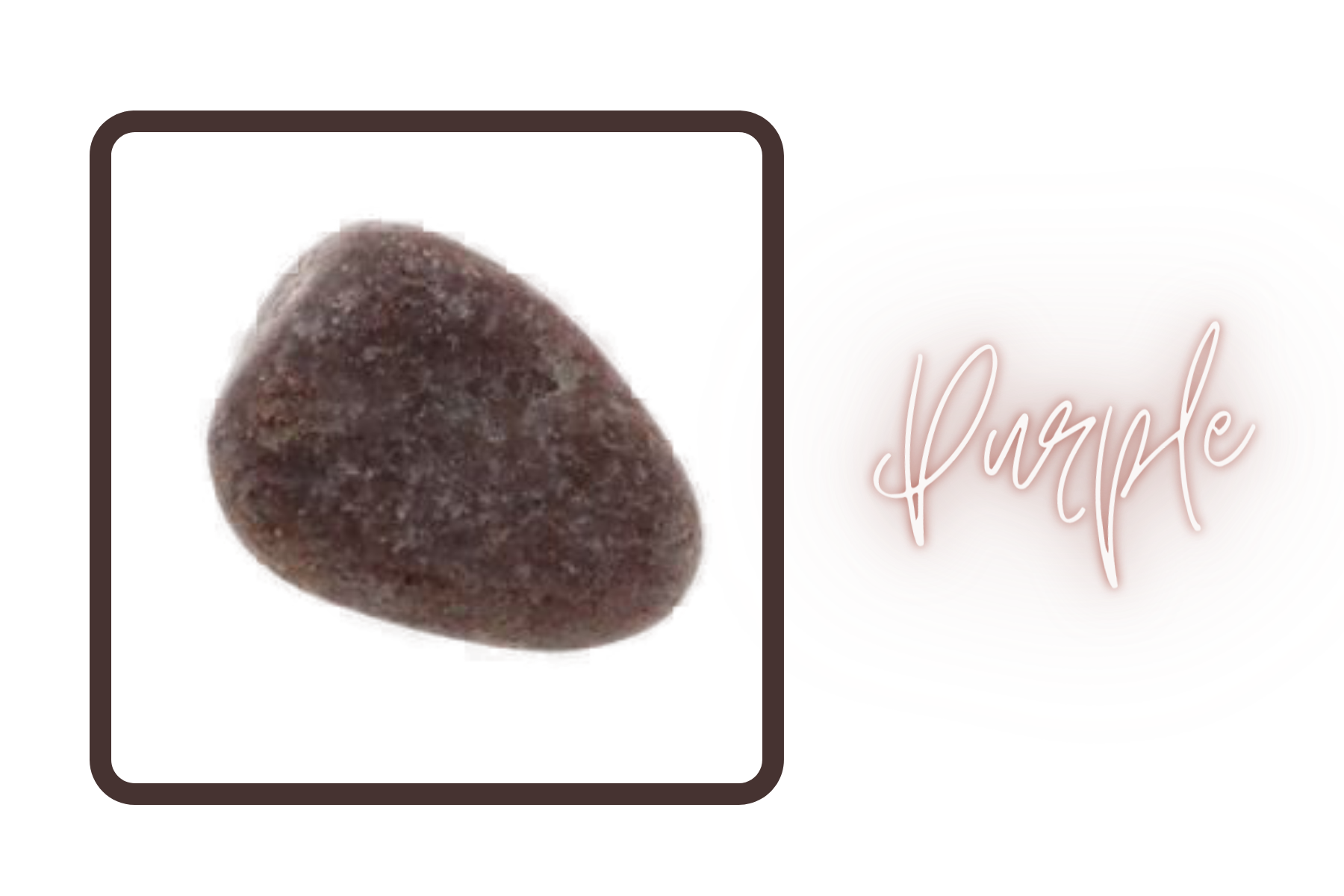 Purple Aventurine is purple because it has Lepidolite, which is purple mica, in it. Aventurine is a type of quartz that gets its color and sparkle from tiny pieces of mica.

Depending on what kind of inclusion it is. The Lepidolite in this Aventurine is what gives it its purple color, so it might look like a shinier, lighter version of Lepidolite.

There are places all over the world where you can find purple aventurine. Austria, Brazil, Chile, India, Russia, and Tanzania are all places with some of the most important sources.

When you need a direct line to spiritual guidance, use the powers of this purple stone. Purple Aventurine can help you find your way when you're feeling lost. It will show you how to bring a better future into being. 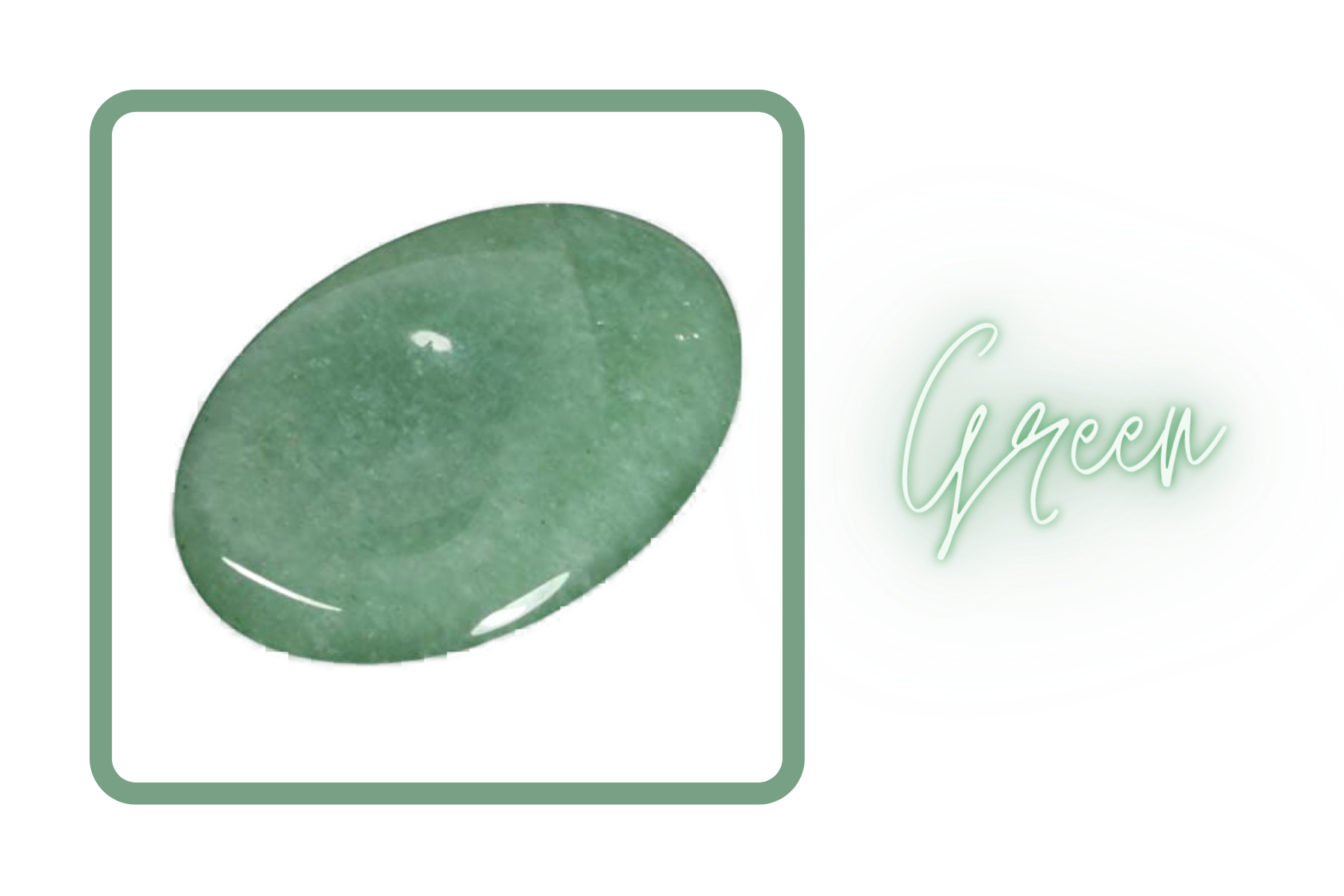 Green Aventurine is a type of translucent quartz that gets its green color from fuchsite inclusions. This is the common one in all types of aventurine and is one of the rarest among gemstones.

Chrome mica gives green aventurine its color. It has been found in the Indian state of Tamil Nadu, which used to be called Madras, in China, and in Rutland, Vermont. Aventurine quartz is used to make jewelry, vases, bowls, and other decorative items, some of which are very big.

Green Aventurine is a wonderful ally to have when you are ready to shift away from a negative frame of mind and you are looking for something more in life. Make use of this stone to bring the success that is rightfully yours.

Although green is the most common color for it, it can also be found in blue, yellow, purple, and various shades of green. This shimmering quality is known as aventurescence, and it is caused by the presence of platy minerals within the quartz.

Chalcedony, which is the mineral class that includes aventurine, is also known as quartz. The meaning of aventurine is to have confidence and prosper in one's efforts.

Green is the most common color for aventurines, but other colors, including gray, blue, orange, yellow, and brown, can also be found in these minerals.

Fuschite, a chromium-rich variety of Muscovite, is the mineral responsible for giving green aventurines their different appearance. This green can be a very light green all the way up to a very dark green.

How Much Money Is Aventurine Worth?

The price of green aventurine per carat can range anywhere from $3 to $30. However, the majority of aventurine gems, particularly when purchased in wholesale quantities, are priced between $3 and $4 per carat.

How Do You Charge Aventurine?

Green aventurine should spend the night soaking up the light of the full moon. Crystals can be purified and also charged when exposed to the power of the moonlight.

Put your crystal out in the open during the night with a full moon and allow it to take in as much light as possible before bringing it inside. If you do not have access to the outdoors, you can use a windowsill that gets a lot of moonlight instead.

Aventurine is not limited to a single type but it can also provide you with some colors that you enjoy. To get one of these aventurine types, you must first identify where you can buy it. Thankfully, this information is already provided above.

Share this with your friends and consider purchasing it to make jewelry with aventurine gemstones.