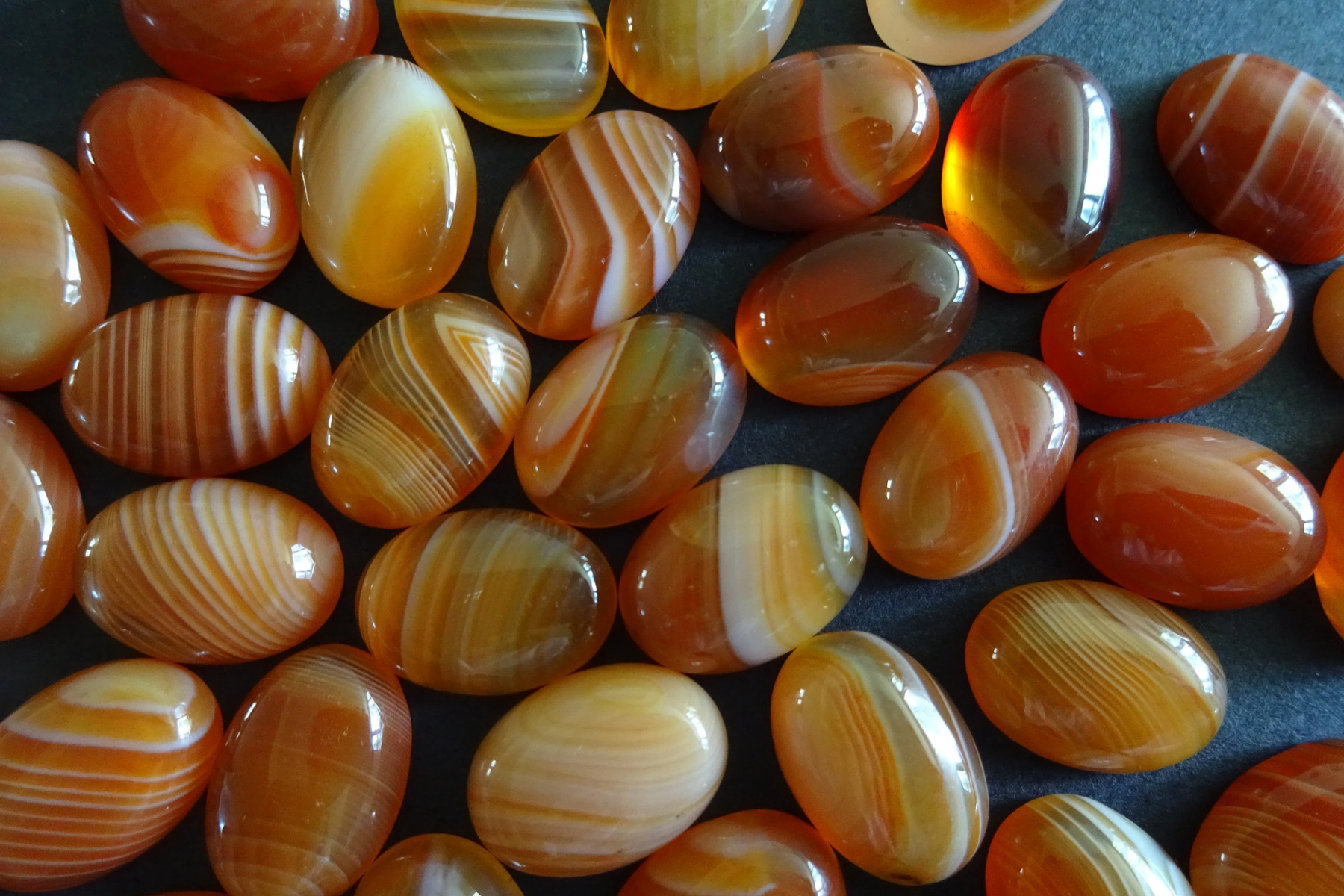 Agate is an attractive stone comprised of a complicated form of chalcedony, and it often has a banded look. Agate is characterized by its lovely striped appearance and its beautiful qualities.

A multicolored marble toy designed to look like a banded jewel. There are also other types of agate that you can buy in every jewelry shop near you.

Is Agate Exist A Long Time Ago?

How Agate forms. What is Agate? Rockhounding, agate hunting, gemology

Agate has been around for considerably longer than many of the other stones that are more frequently thought of as gems, despite the fact that all gemstones are ancient from a geological point of view.

The majority of agates are created within rocks that are either volcanic or metamorphic in origin. Agate was worn as a variety of jewelry and used as the seal stones of Greek soldiers in Ancient Greece. This practice dates back to the time period.

Different Types Of Agate - Their Hardness And Properties

Let's dig right in and start talking about the different types of agate!

Take note: These types of gemstones we are about to discuss are the ones you should become familiar with since they are the types that are always used in jewelry production. 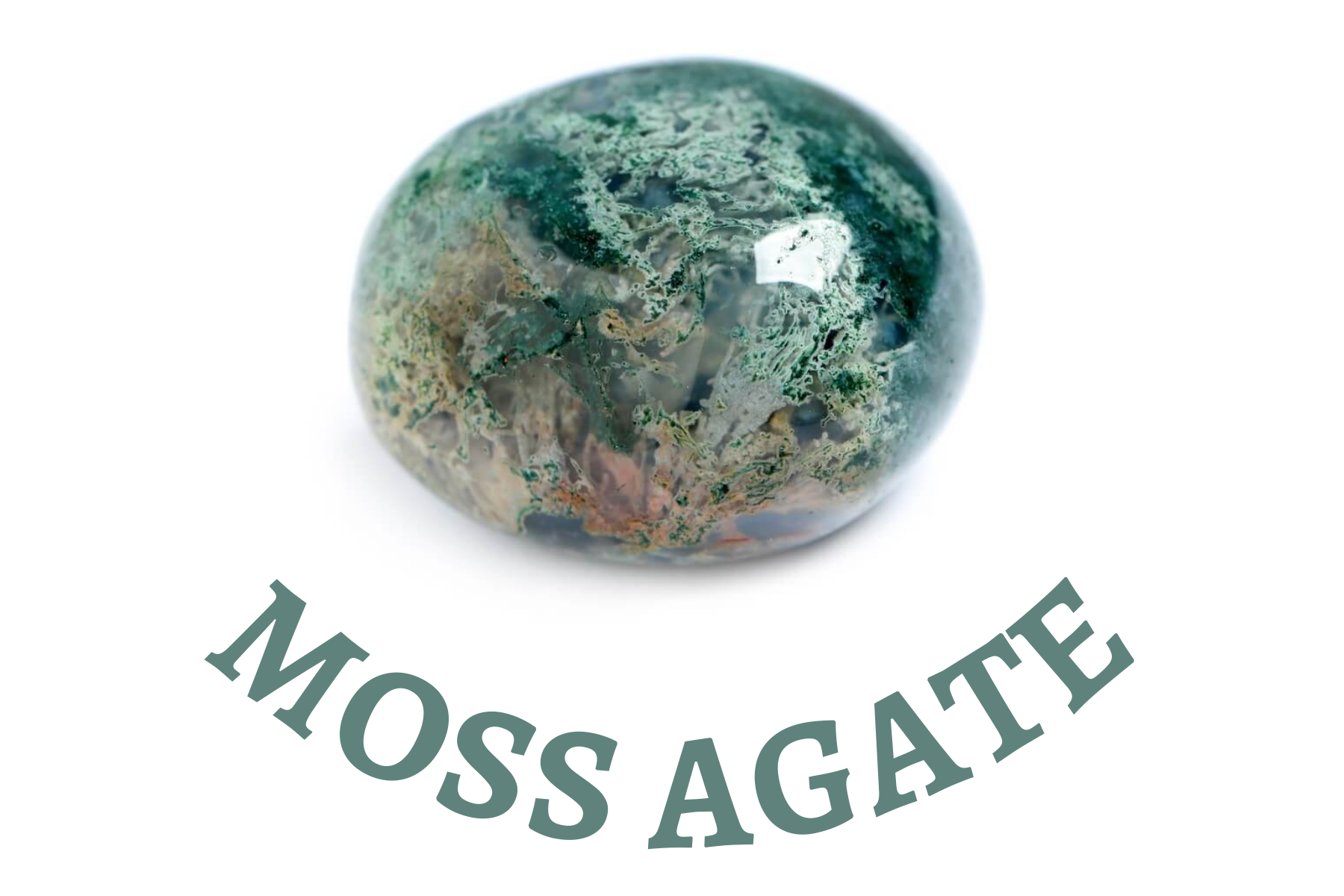 To begin, we have the most common type of agate, which is called moss agate. The most spectacular examples will have a nice pattern in transparent chalcedony that features different colors. Less impressive specimens will have single-colored moss or poorer clarity.

On the Mohs scale, its hardness ranges from 6.7 to 7, and its luster can be described as vitreous.

The Moss Agate has a multitude of metaphysical properties that show as qualities that are beneficial to one's health, one's luck, and one's connection to nature. It is connected with the fourth primary chakra, which is known as the Heart Chakra.

Green, the color linked with the Heart Chakra, is also the color of the healing stone moss agate. Together, these two stones signify the color of balance and healing. 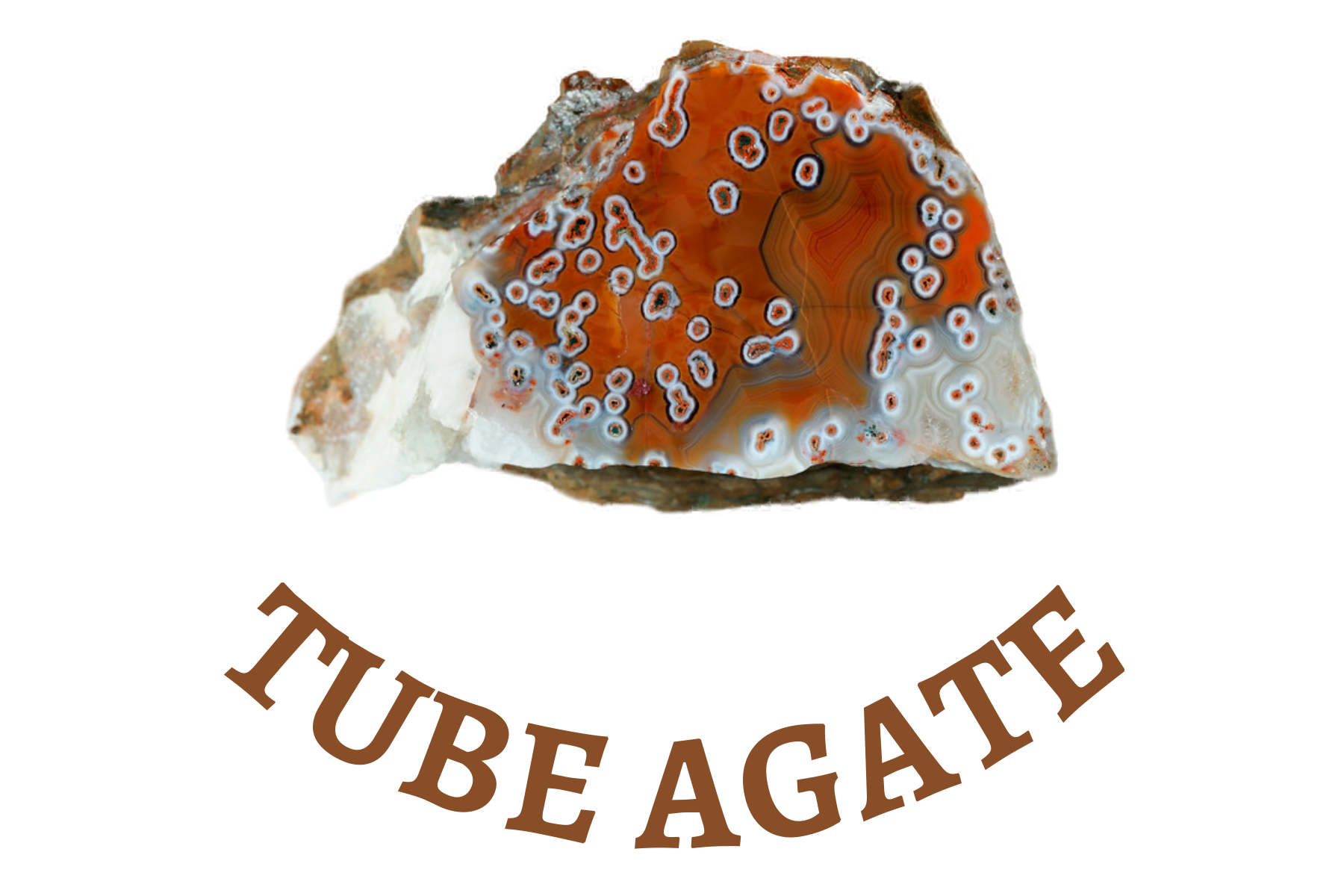 The finished products will undoubtedly be fascinating and call for a great deal of focus and consideration.

This gemstone has no claimed metaphysical properties. 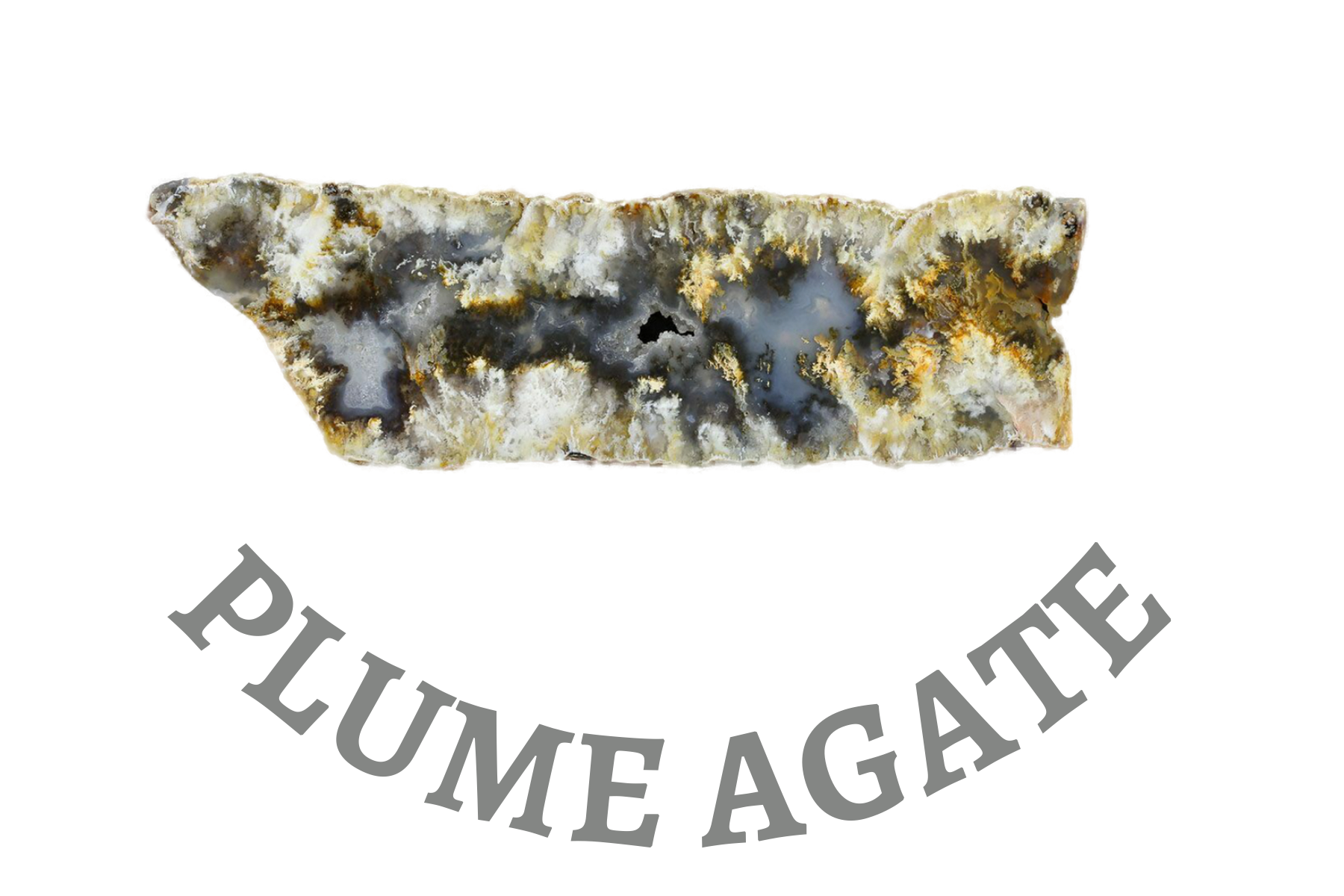 Plume Agate with white patterns that look like feathers

Rare in appearance, plume agate is a captivating form of agate that displays not just bands but also plumes, which have the appearance of feathers. Because of the unique feathery pattern that it features, plume agate may be clearly distinguished from other types of agate.

On the Mohs scale, plume agate rates at approximately a 7 for its hardness.

Plume Agate is said to provide love, mental clarity, and good fortune to those who wear it. Additionally, agate can be utilized to facilitate great power, aid in the process of diversifying one's fields of endeavor, and encourage meditative states and astral projection. 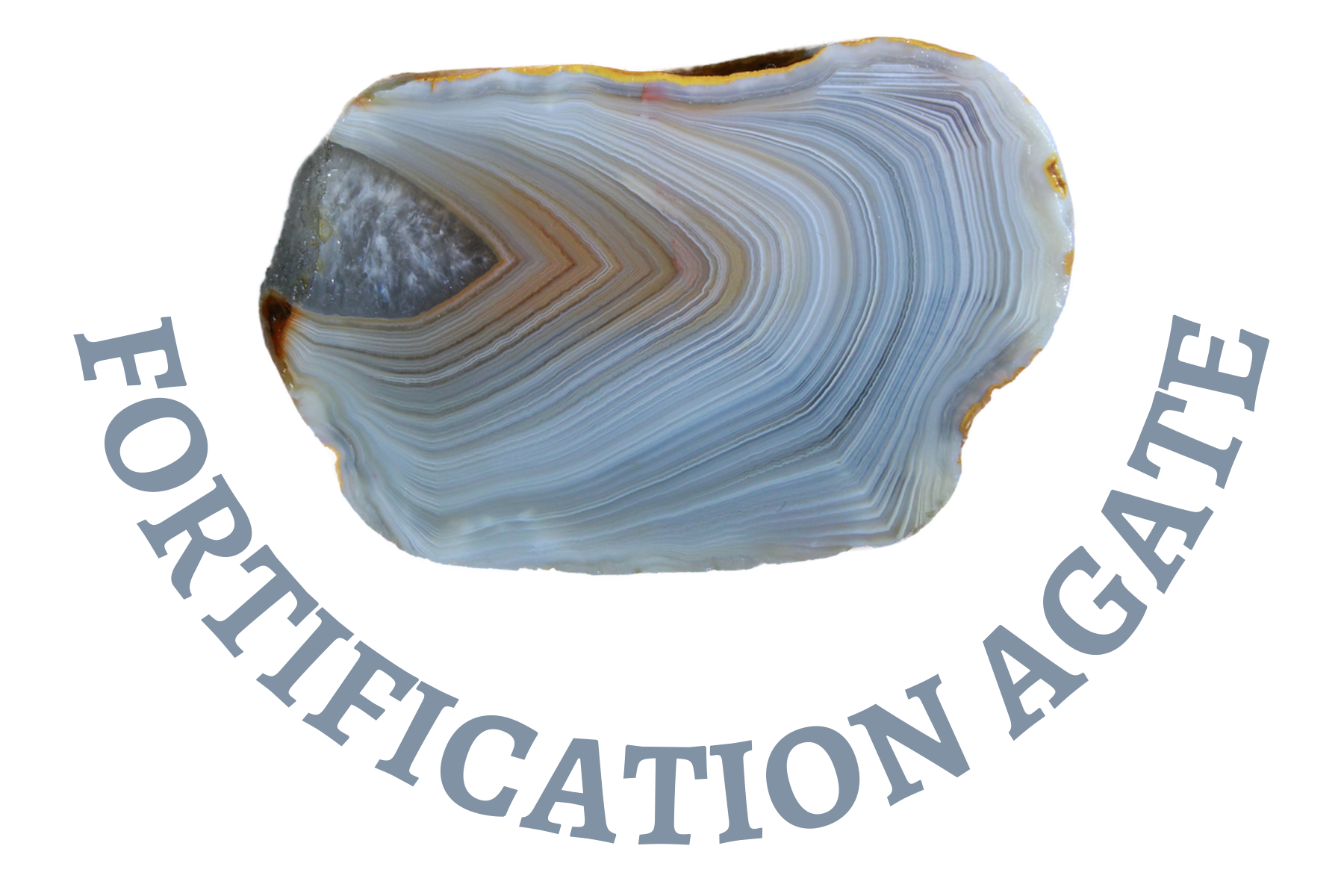 A type of agate with a polished surface that displays different angular ring markings or parallels zigzag bands that mimic the layout of a fortification. Occasionally referred to as bastion agate.

But this type may have a hollow center with quartz crystals that stick out.

On the Mohs scale, plume agate rates at approximately a 6.5 for its hardness.

This gemstone has no claimed metaphysical properties. 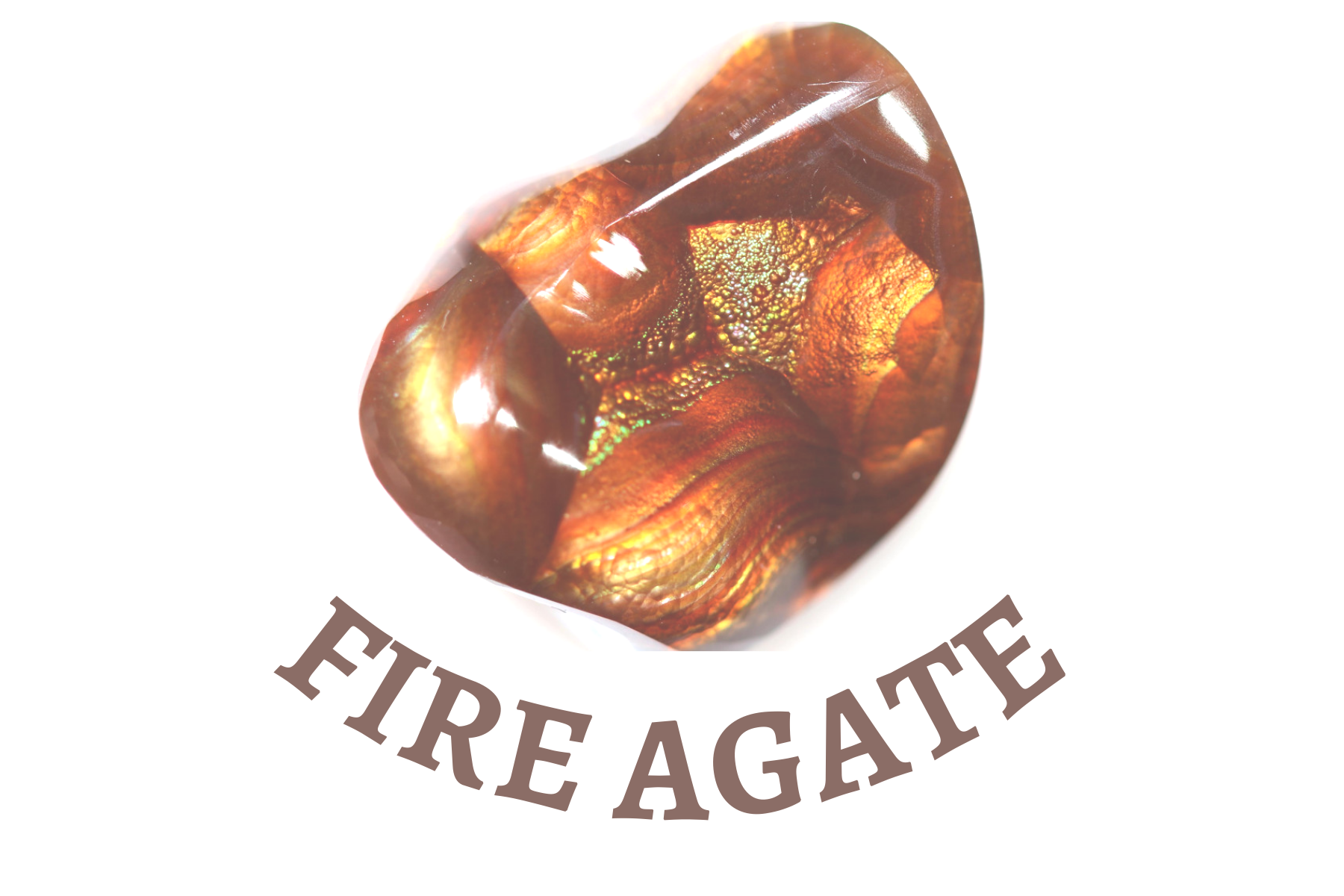 Fire agate with its visible bands inside

Our last type yet one-of-a-kind variety of mineral chalcedony can be found in the form of fire agate. Even though there are many other kinds of chalcedony, fire agate is easily distinguishable due to its one-of-a-kind coloring.

The hardness of fire agate ranges from 6.5-7, making it resistant to damage from exposure to water. Fire agate is composed of silicon dioxide.

Fire agate is one of the most popular when it comes to providing metaphysical properties! It is stated that the metaphysical characteristics of this stone have the ability to interact with a number of your chakras, which in turn has an effect on your important life force energy as a whole.

What Are The Color Patterns In Agates?

Most of the time, the color patterns in agates look like flat layers or bands that go around the stone. Sometimes, mossy or branching inclusions give the impression of plants and landscapes.

Different kinds of this gem can be told apart by their color patterns, inclusions, or where they came from.

What Gemstones Go Well With Agates?

Agates, Jaspers, and clear Quartz all belong to the same group of minerals, so they work well together. Fire agate is firestone, as its name suggests.

It goes well with other fire stones like carnelian, fire opal, and amber, but not so well with earth or water stones like malachite and moonstone.

Is Agate An Expensive Stone?

What agates are worth money?

Most agates are cheap ($1 to $10), but some can be very expensive ($100 to $3000) depending on their type, color, and where they were found. Agate that has been tumbled is always more expensive than agate that hasn't been changed at all.

Agate with very bright colors, thin bands, or that can only be found in one place also costs more.

Agate can also be used to make jewelry, which gives you a unique look when you wear plain clothes. Because of the said benefits, it is also believed that using these stones can help you have a better day.