Tourmaline Paranormal Properties - How Does It Work? 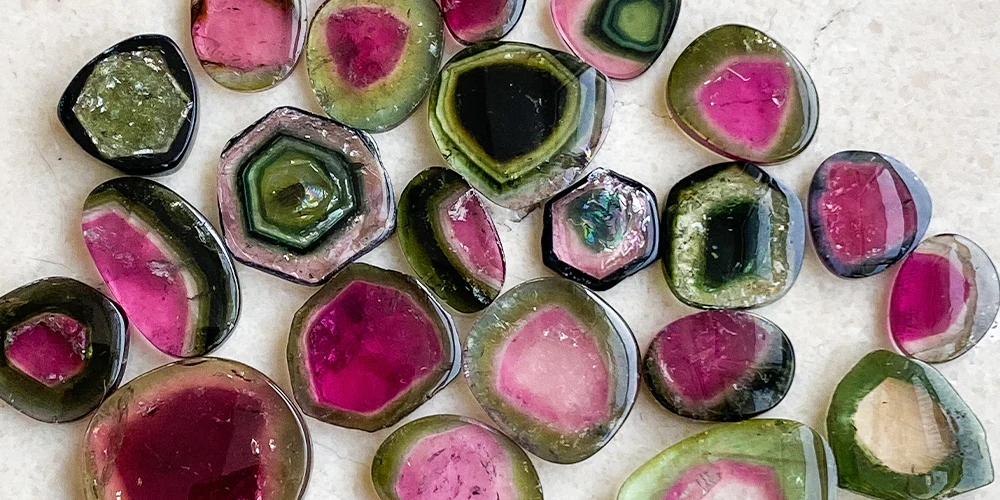 There is a mythical belief that certain gem types including tourmaline can ward off ghosts. While some anchor the individual and aid in maintaining their composure, others act as a spiritual shield against negativity. So, what are tourmaline paranormal properties?

Whatever their precise characteristics, you won't catch us strolling through a graveyard without them. No matter if you believe in ghosts or haven't given them a second thought since you were a kid, it never hurts to keep a few protection tourmaline crystals around.

A variety of hues can be seen in tourmaline, a form of mineral stone that is a crystal boron silicate mineral. It is one of the earth's most vibrant crystals.

Tourmaline is available in every color, and it even comes in different shades of the same stone. Pink, green, watermelon, black, and blue gemstones are in high demand.

Paraiba Tourmaline from Brazil, which has elements of copper coloring it and giving it a neon appearance, is one of the more uncommon stones.

There are various locations on earth where tourmaline can be discovered, including Africa, Asia, and Brazil, where some of the most distinctive kinds are found.

A great protecting stone for use in magic is tourmaline, let's have a look at some tourmaline paranormal properties.

Whether you are employing healing, psychic, or other high-frequency energy work, black tourmaline is also great for grounding excess energy. It has the ability to purify, cleanse, and raise the vibration of dense energy.

Black tourmaline is another stone that is highly sought after today. The stone is reputed to guard against the ill omens of intruders entering your home.

It has a reputation for erecting a mental barrier that repels and wards off any unwelcome negative energy, beings, or destructive forces from entering your property.

But the fact that crystal is known to protect against radiation and other environmental toxins is what makes it the most popular material today. Black tourmaline also dispels unfavorable ideas and replaces them with optimistic ones.

Because it is thought to aid in dreaming, black tourmaline can be kept in the bedroom and even placed under a pillow. Some people also add a component to their vehicles to safeguard them while driving.

Tourmaline ought to be placed close to electronics and computers because it also absorbs electromagnetic waves. By soaking black tourmaline in salt water overnight, washing it with water the next day, and exposing it to sunlight once a month, it is possible to effectively clean it.

What Is The Tourmaline Good For?

The tourmaline gemstone is renowned for helping to reduce stress, boost mental clarity, enhance circulation, and fortify the immune system. It is an effective treatment for diseases brought on by toxins.

Why Is The Tourmaline So Special?

According to legend, tourmaline is a stone of peace, one that promotes compassion and self-control, emits the energy that attracts wealth, healing, and companionship, and is used for grounding, stabilising, and affirming our Earthly roots.

Why Is Tourmaline Good For Healing?

Many people place tourmaline healing stones over their chakras to clear their aura, eliminate obstructions, disperse negative energy, and highlight any potential issues they may be holding. Tourmaline is a healing crystal that helps people feel better about themselves, less afraid, and better able to understand themselves and others.

For those who are unaware, crystals are thought to provide a number of paranormal and psychic benefits. The list of tourmaline paranormal properties seemed to go on forever, ranging from promoting peace to combating despair.