Tourmaline Meaning - Take A Glance At The Different Colors Available 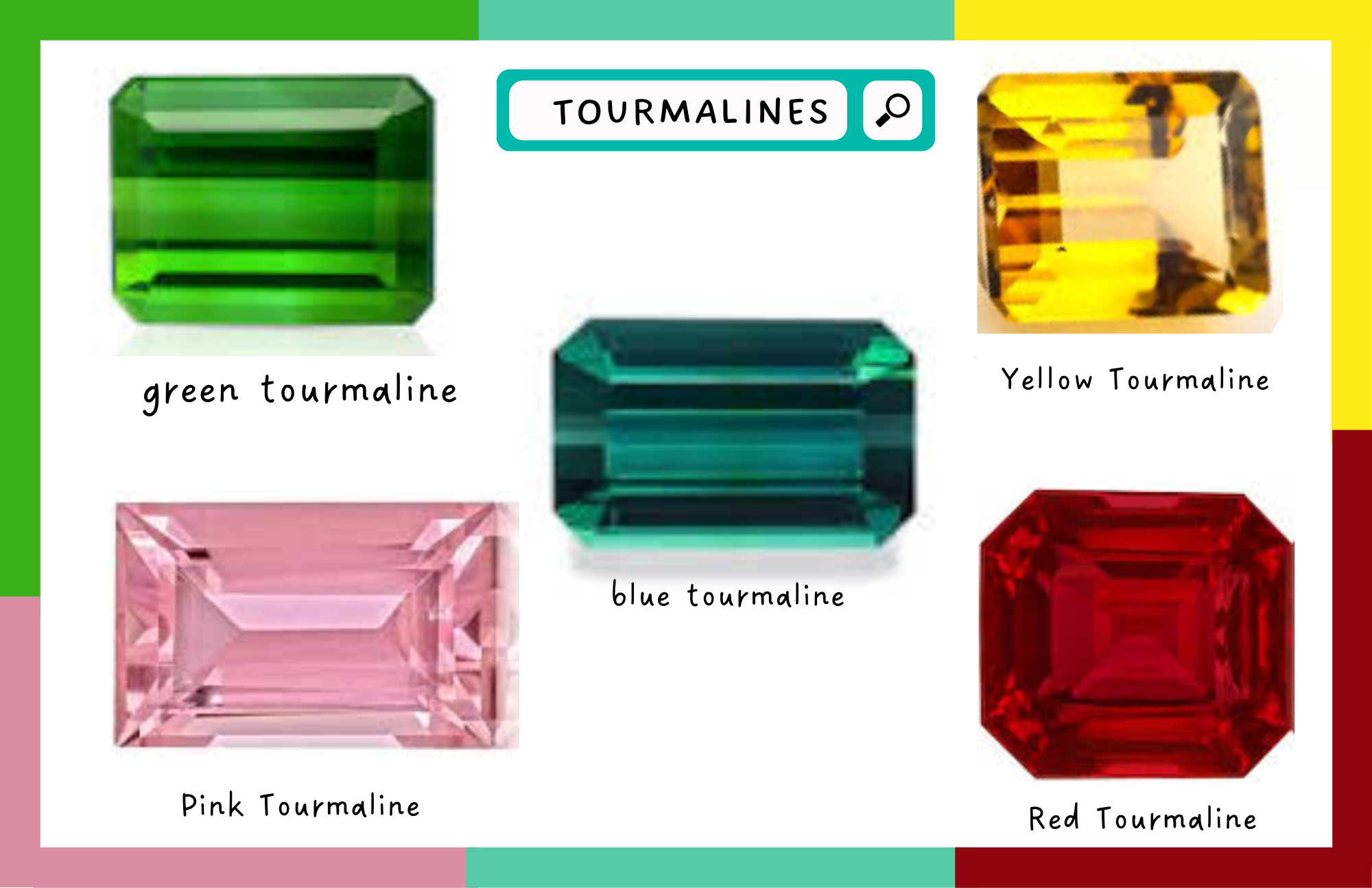 The only crystal that amazes me the most is bi-colored crystal, such as the one we'll be discussing in this article. Sometimes bi-color can only be seen in art; I'm not sure if you're thinking of something bi-colored.

However, I can only see that in art but when I came across this tourmaline, I wanted to know what tourmaline meaning is and what makes it so amazing. Do you have the same thoughts? If so, then come with me to find out the answers to your questions about this crystal.

The tourmaline crystal, specifically known as watermelon tourmaline, is presented on a plain background

According to the experts: Tourmaline is a crystalline boron silicate mineral that is made up of elements like aluminium, iron, magnesium, sodium, lithium, or potassium, as well as other elements. In this gemstone, you can find a lot of different colors of the same thing.

Tourmaline is a name for a group of minerals that have very different properties. Many people like to wear tourmalines as jewelry because they can be found in a wide range of colors, including multi-colored zones.

They can be green, blue, yellow, pink, red, colorless, or color-zoned. They can also be colorless. Even a small change in the structure can make the whole thing look very different.

Traces of manganese make pink tourmaline bright pink, making it look like a bright pink color. Dravites are tourmalines that are yellow-brown in color, and schorl are black ones.

They don't simply have a plain watermelon appearance, as shown in the image above. Their presence in a variety of shades makes them extremely adaptable and ideal for any style of jewelry.

Green Tourmaline is part of the trigonal crystal system. It comes in long, slender to thick prismatic and columnar crystals with triangular cross-sections.

Blue Tourmaline is believed to make you feel calm and relaxed when you look at it because of its deep blue tone. It makes you think of deep blue water and how you can glide well beneath its surface. Is another name that refers to its dark blue color: Indicolite, which is a variation of Indigolite and refers to its color

There are only a few types of Tourmaline that are blue, and some of them have a little turquoise in them.

Yellow is one of the rarest colors of tourmaline. It available in a variety of colors, from canary to gold, with a touch of green in most of them.

Most yellow tourmaline, like rubellite, has a lot of big things in it. But collectors of rare stones like this gem because it has a vibrant colors and a lot of sparkle.

A wide range of pink shades can be found in pink tourmaline. These hues range from a pale pink to a bright, hot pink. Crystals of tourmaline are prismatic and can be long and thin or thick and tall.

Also known as Rubellite Tourmaline. It is a unique type of Tourmaline that has a bright red to pinkish red color that is very rare. It is also known as the "red tourmaline," but that's not the only name.

Most Tourmaline is named after the color it looks like. This isn't true for the pinks and reds that can be called Rubellite Tourmaline. They have their own name because they are so bright.

Which Tourmaline Color Is Best

Most people like bright, pure colors of red, blue, and green. Copper-bearing tourmaline, on the other hand, has electric vivid green to blue shades that are so unique that they are in a class of their own.

Is Tourmaline Precious Or Semiprecious

Because tourmalines are available in a variety of colors, they are commonly mistaken for a variety of other types of gemstones.

What Is The Most Common Color Of Tourmaline

The most common color of tourmaline is black, but the mineral can be found in all colors of the rainbow.

What Is Tourmaline - Gemstone Facts and Information

Tourmaline has earned a reputation in the jewelry business for the stunning variety of colors that it can be found in. We are able to understand the importance of tourmaline (which is good). It will help us in determining the ideal type of stone to use in our jewelry ideas, which will be beneficial.

You can try different hues and shades, such as the ones I've listed. You will definitely fall in love with at least one of them. I would recommend the pink one!