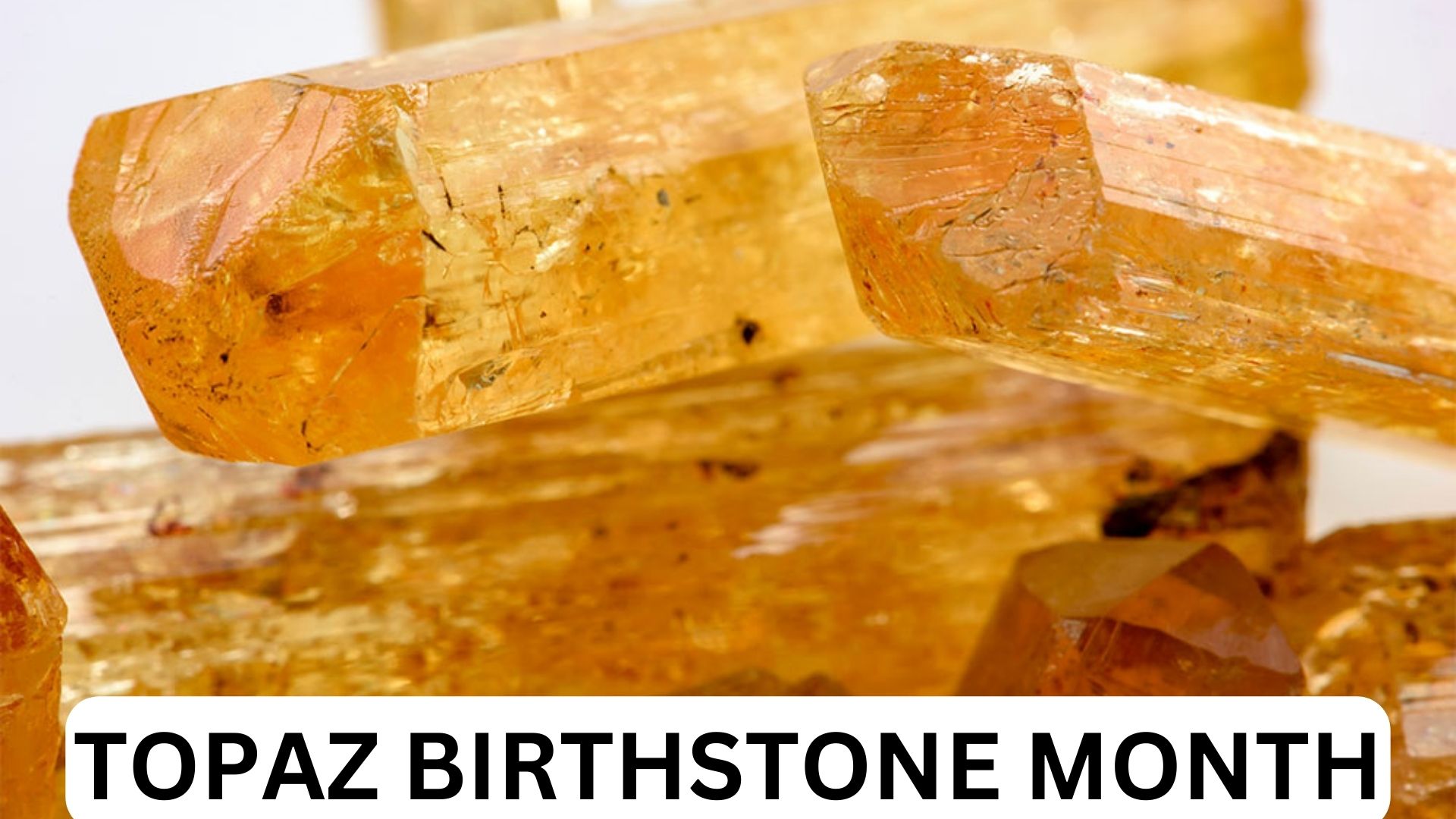 Topaz and citrine are two lovely birthstones that may be worn by those born in November. While topaz birthstone month November is available in a wide variety of colors, citrine is renowned for its lovely yellow and orange tones. Both birthstones for November are said to provide relaxing qualities that also bring luck and warmth to the bearer.

Since high-quality gems like topaz and citrine are not as scarce as many of their contemporaries, these birthstones are often priced reasonably. As a result, those who were born in November have a wide range of alternatives. Choosing one will be your biggest issue.

To put it simply, topaz is a hard silicate metal. Impurities or defects in the crystal structure give it its distinctive hue, turning it into a green, red, violet, pink, yellow, gold, brown, blue, or clear tone. A clear topaz birthstone will often be heated to alter its color and turn it into a blue topaz. Despite having a different tint, this blue topaz is nevertheless a preferred birthstone for November.

Although the topaz birthstone is thought to be quite inexpensive, not all forms of this November birthstone are priced similarly. The most precious ones have overtones of Imperial topaz, a shade of pink called after the Russian czars of the 19th century, and are deep orange in hue. They are also "cherry topaz" or yellowish to brownish.

History Of The Topaz Birthstone Month

Colorless, light blue, yellow, orange, pink, violet, brown, and, very seldom, red are just a few of the topaz colors. The bulk of blue topaz seen today is a permanent byproduct of heating and irradiating colorless topaz. The colorless topaz used in "Mystic Topaz" has a thin synthetic layer applied to it to provide a rainbow look.

Some people think the Sanskrit word tapas, which means "fire," is where the term "topaz" originates. Some attribute it to the Greek topazos. It has long been believed that the birthstone for November has several advantages.

Topaz was regarded by the ancient Greeks as a source of power. Between the years 1300 and 1600, Europeans believed it could foil magic spells and calm a raging temper. Many Indians have long held the belief that wearing topaz over the heart ensures long life, beauty, and wisdom.

Imperial topaz, which is pinkish orange, is considered aristocratic. The name of this gem, which was mined in Russia's Ural Mountains, is generally said to have sprung from the Russian royal family's emphasis on retaining the best hues only for their use.

The village of Ouro Preto, which is closest to Brazil's most prolific topaz mines, was visited by Brazilian Emperor Pedro II in 1881, and he was given a reddish topaz as a present. This is an alternative explanation that is particularly well-liked in Brazil. 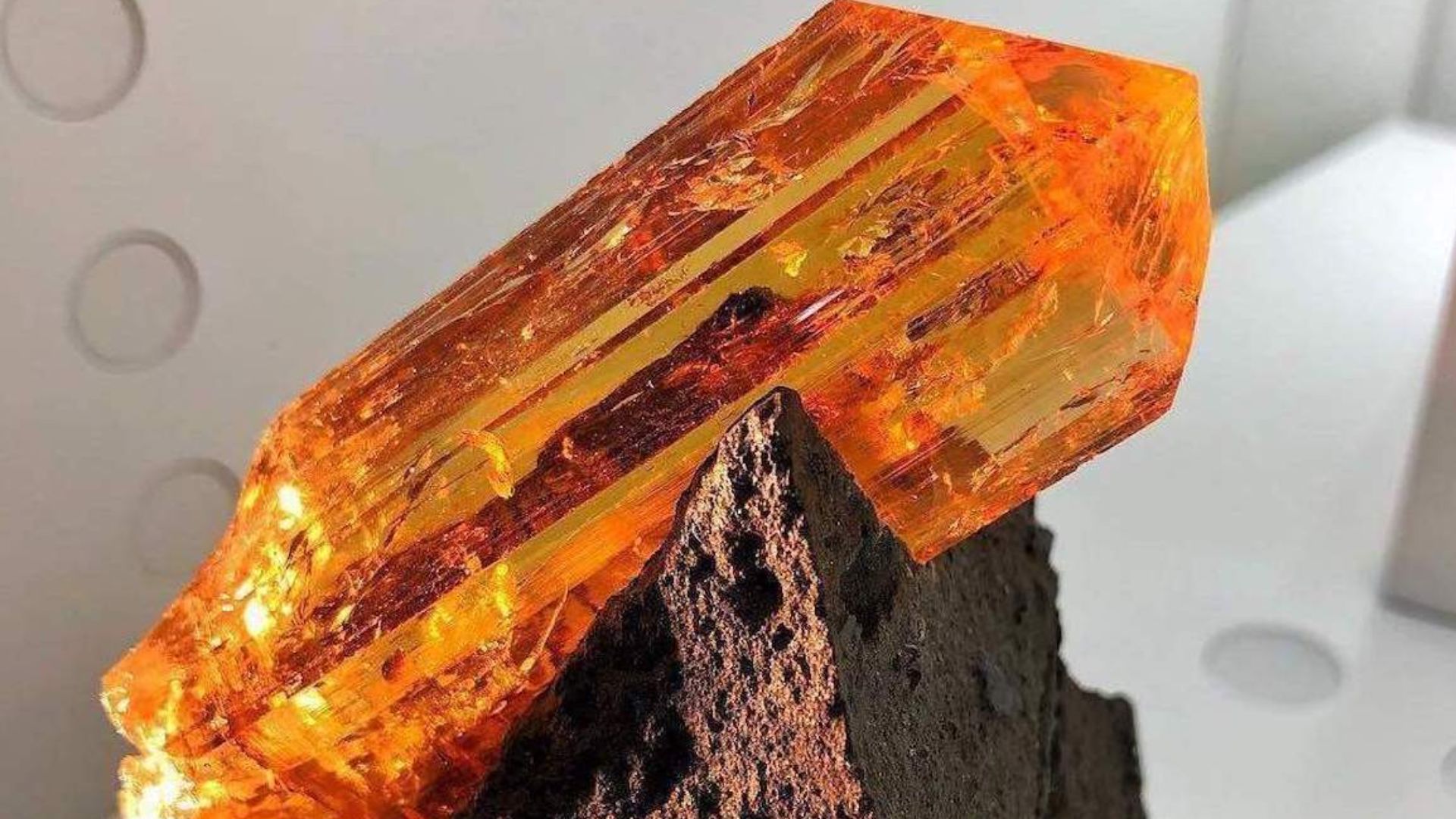 Nicole Michelena, the co-founder of Zenchronocity and a crystal specialist, claims that topaz is one of the greatest stones to keep on hand since it promotes several goals. She claims that it is a stone of success and genuine love, among other things.

She continues that November is a transitional month as well, and topaz serves as a reminder to take the long view and welcome the changes and adventure they bring. The fact that it is the birthstone for Sagittariuses born in November testifies to the dynamic and expanding spirit of this stone.

Topaz may be especially advantageous for November-born Sagittarians and Scorpios. It balances any inclinations toward selfishness and self-absorption and helps balance the tendency for both Scorpios and Sagittariuses to sometimes get a bit too caught up in their narrative. It may also assist raise your vibration to the maximum degree possible.

Topaz is also very beneficial for envisioning and manifesting your goals. It's one of those fantastic stones that helps to soothe the nervous system when meditating, but it also lets a lot of energy into the body. This is an excellent stone to use to raise the frequency and energy around you, particularly if you practice instrumental meditation or visualization.

If you want to work with topaz, all you need to do is meditate with it, wear it, or put it in a special place in your house. When it comes to wearing it, it looks best as earrings, a necklace, or, if you already own a topaz ring, on the ring finger.

Its name is taken from the Greek term for an island in the Red Sea, topazios. The Sanskrit word tapaz, which means fire, is connected to the gemstone topaz. Aluminum and fluorine-containing silicate minerals are categorized as topaz. It's interesting to note that until the 20th century, topaz was a term used to describe any clear yellow, brown, or orange stone.

Topaz is more delicate than emerald because of how it is made, even though it is theoretically harder than that gemstone (scoring an "8" on the Mohs scale). It often develops striations along the crystal's long axis while it is being produced. The gem is more prone to cracks and chips as a result.

Pure topaz is colorless and was mistaken for diamonds for a very long time. Topaz may also be found in a variety of hues, including orange, pink, red, violet, blue, green, yellow, and brown, which are the most prevalent. The gem is allochromatic, which means that impurity substances or crystallographic flaws give it its color.

The colorless topaz gem is subjected to chemical vapor treatment to produce mystic topaz, which has an internal metallic rainbow that may change color depending on the lighting.

All About November's Topaz & Citrine

Even though this gemstone has an 8 Mohs Hardness grade, extra care must be taken to prevent chipping and shattering. Use warm, soapy water and steer clear of extreme heat and rapid temperature fluctuations to prevent internal gem breaking. Topaz is ideal for various types of jewelry, including necklaces, rings, and earrings, however, it is thought to be durable.

How To Take Care Of Topaz Birthstone?

Although topaz is one of the tougher stones, it is not nearly strong enough to withstand being immersed in water, particularly saline water.

What Does Make Topaz Birthstone Rare?

This gemstone is uncommon because of fluorine. Only a small number of places on Earth have enough fluorine gas present for topaz to develop. This gemstone is colorless in its native condition.

What Is The Most Common Color Of Topaz?

Blue topaz is now the most common topaz hue used in jewelry. Although it does exist, natural blue topaz is very uncommon and costly.

In conclusion, the topaz birthstone month is November. Numerous natural and artificial colors, including as blue, pink, purple, yellow, brown, orange, and colorless, are among the many hues that it may take on. With a Mohs hardness of 8, topaz is an extremely strong stone. The only gemstones having a harder surface are diamond, ruby, and sapphire. We would be very interested in hearing about any thoughts in your mind related to our article. Feel free to leave a remark below. It was a pleasure for us to react to you.