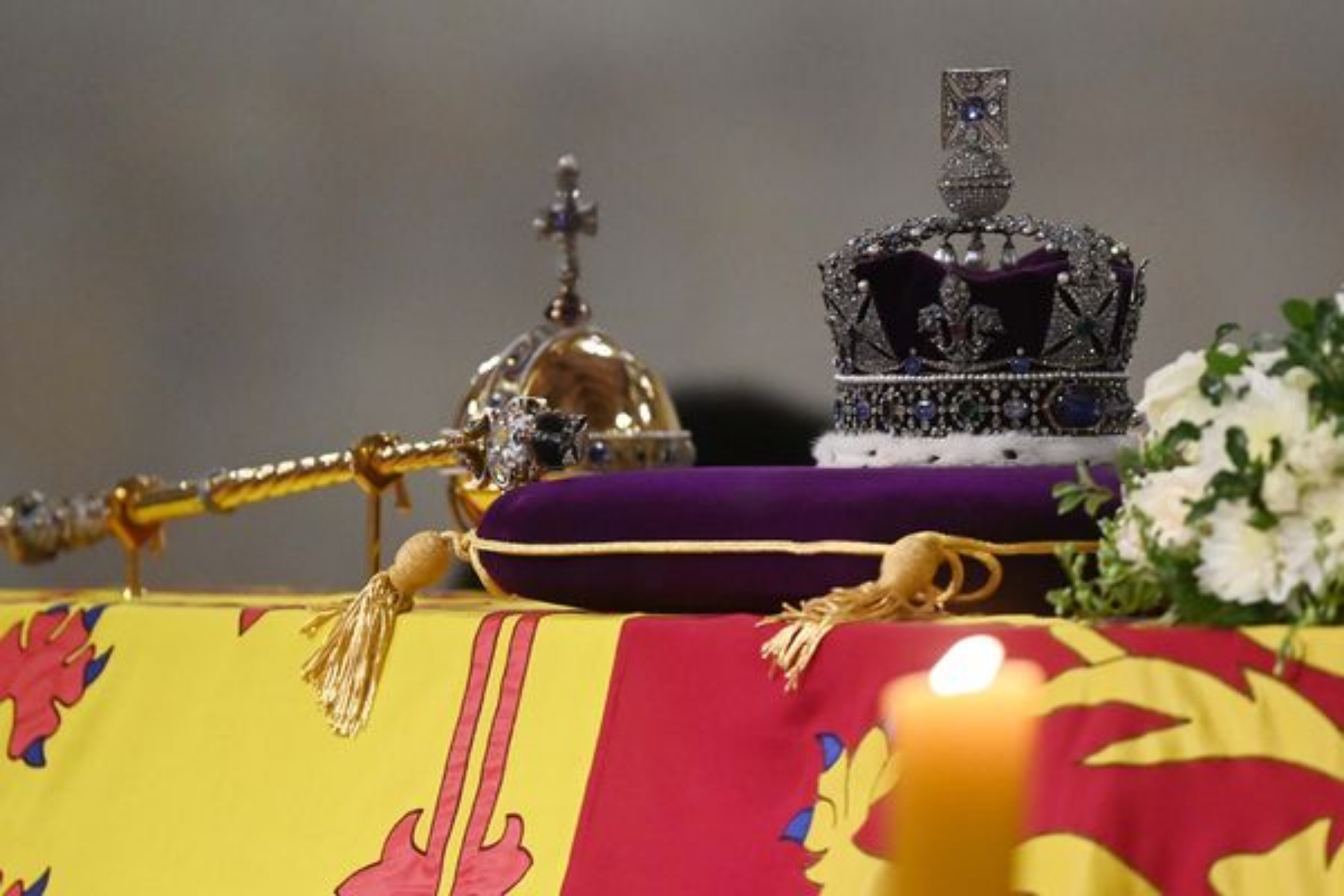 The Monarch that has garnered the greatest collection of jewels over her reign was Elizabeth II, the late Queen of England. Because of this, there is no valid reason not to use one of her jewels in order to pay respect to her death.

But what was exactly the sparkling crown that sat on the Queen's coffin?

The Sparkling Crown On Top Of Queen's Coffin

Crown Jewels are a priceless collection of tens of thousands of gemstones collected over the centuries by British Kings and Queens. During the time that the Queen was lying in state, the Imperial State Crown was placed on top of her coffin. This crown is probably the most well-known treasure in the Crown Jewels.

A historian and the author of the book "The Crown Jewels," explains:

It can be quite hard to look at sometimes because of the sheer light that comes off them. It's literally dazzling… visually overpowering.

- Anna Keay, a historian and the author of the book "The Crown Jewels"

As she said, crowns have traditionally been seen as symbols of wealth and status, dating all the way back to the Middle Ages. It is a symbol of majesty, and it is a symbol of sovereignty.

The Imperial State Crown was made in 1937 for the coronation of the Queen's father, King George VI. It was designed to be lighter and to fit better than the crown it replaced, which had previously been worn by Queen Victoria.

The crown it replaced had been worn by Queen Victoria. Given this, the Imperial Crown weighs in at a hefty 2.3 pounds in terms of its total mass (1.06kg).

During her reign, Queen Elizabeth II wore it on a yearly basis for the State Opening of Parliament. There, she would sit on a golden throne and read out the government's most major policy plans for the coming year. 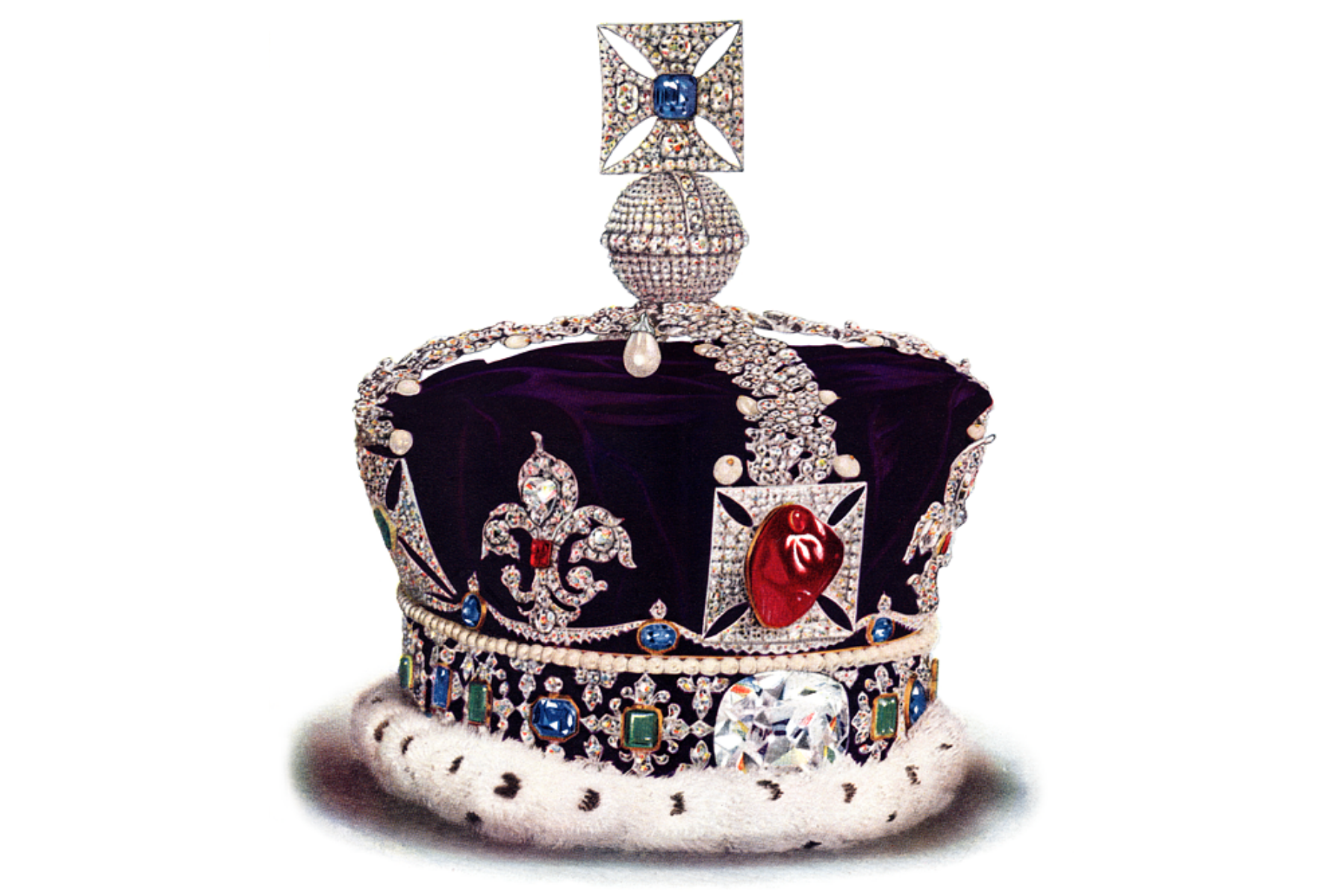 Still, several experts have said that putting a price on the value of the crown is "nigh on impossible."

The Humor Of Queen Elizabeth II About The Crown

Remember the time when Queen Elizabeth II joked about wearing the crown? According to BBC, in 2018, the Queen shared how difficult it was to have to wear a heavy crown. The monarch was talking about the fact that looking down while reading the speech is not allowed.

You can't look down to read the speech, you have to take the speech up, because if you did your neck would break. There are some disadvantages to crowns, but otherwise they're quite important things. 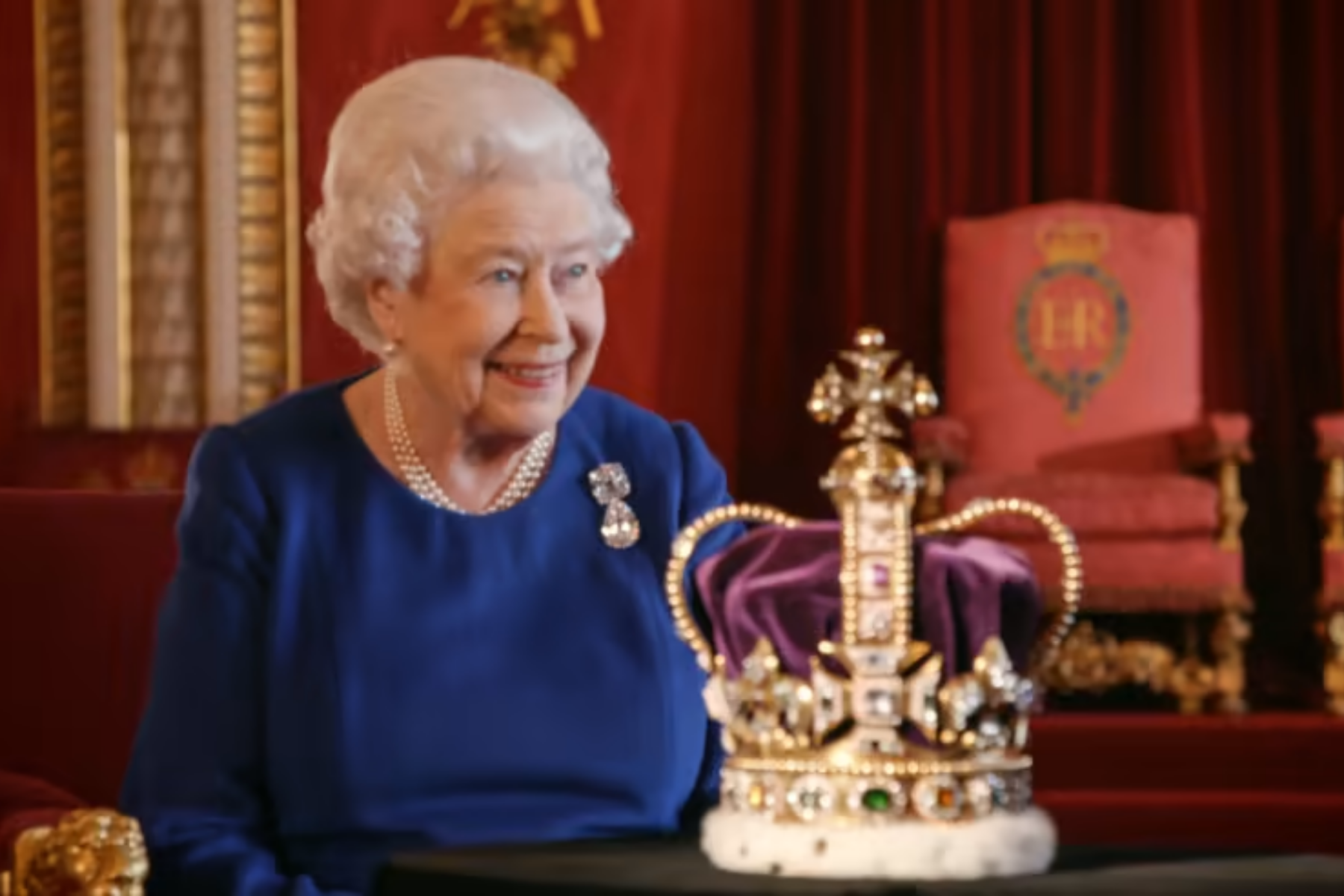 The Cullinan II diamond, which weighs 317 carats and is sometimes referred to as the Second Star of Africa, is a component of the Imperial State Crown. In honor of Edward VII's 66th birthday, the government of the Transvaal, a former British crown province located in what is now South Africa, presented him with a gift that was cut from the biggest diamond that had ever been discovered.

It also has the oldest jewel in the royal collection, which is a sapphire that legend has it was originally set in a ring that was worn by King St. Edward the Confessor, who ruled England in the 11th century. The stone has been placed in the center of the cross which serves as the capstone to the crown.

The Three Large Gemstones In The Imperial State Crown

The Gems of the Royal Crowns

The government of the Transvaal, which is now South Africa, gave the Cullinan II stone to King Edward VII on his birthday in 1907. It was made from the largest diamond ever found, a 3,601-carat stone found in Africa in 1905.

The crown also has the Stuart Sapphire, which is the oldest gem in the royal collection. It is said to have been set in a ring that Edward the Confessor wore often, and it sits in the middle of the diamond cross.

The Black Prince's Ruby is a stone that is thought to have been worn by Henry V at the Battle of Agincourt in 1415. It is in the front of the crown, above the central diamond. The edge of the crown is made of purple velvet and fur.

The scepter on the coffin was made in 1661, and it has one of the most valuable diamonds in the world on it. In 1910, Elizabeth's grandfather had it changed so it could hold the Cullinan I diamond, which was found in 1905 in South Africa.

The Queen's Crowns And Tiaras

After the passing of Queen Elizabeth II, there has been much discussion regarding the inheritance of the elegant collection of jewels owned by her.

Queen Elizabeth II was known to have an exquisite collection of jewels, which included expensive crowns and tiaras, and it is believed that the Queen's private collection has approximately 50 tiaras. 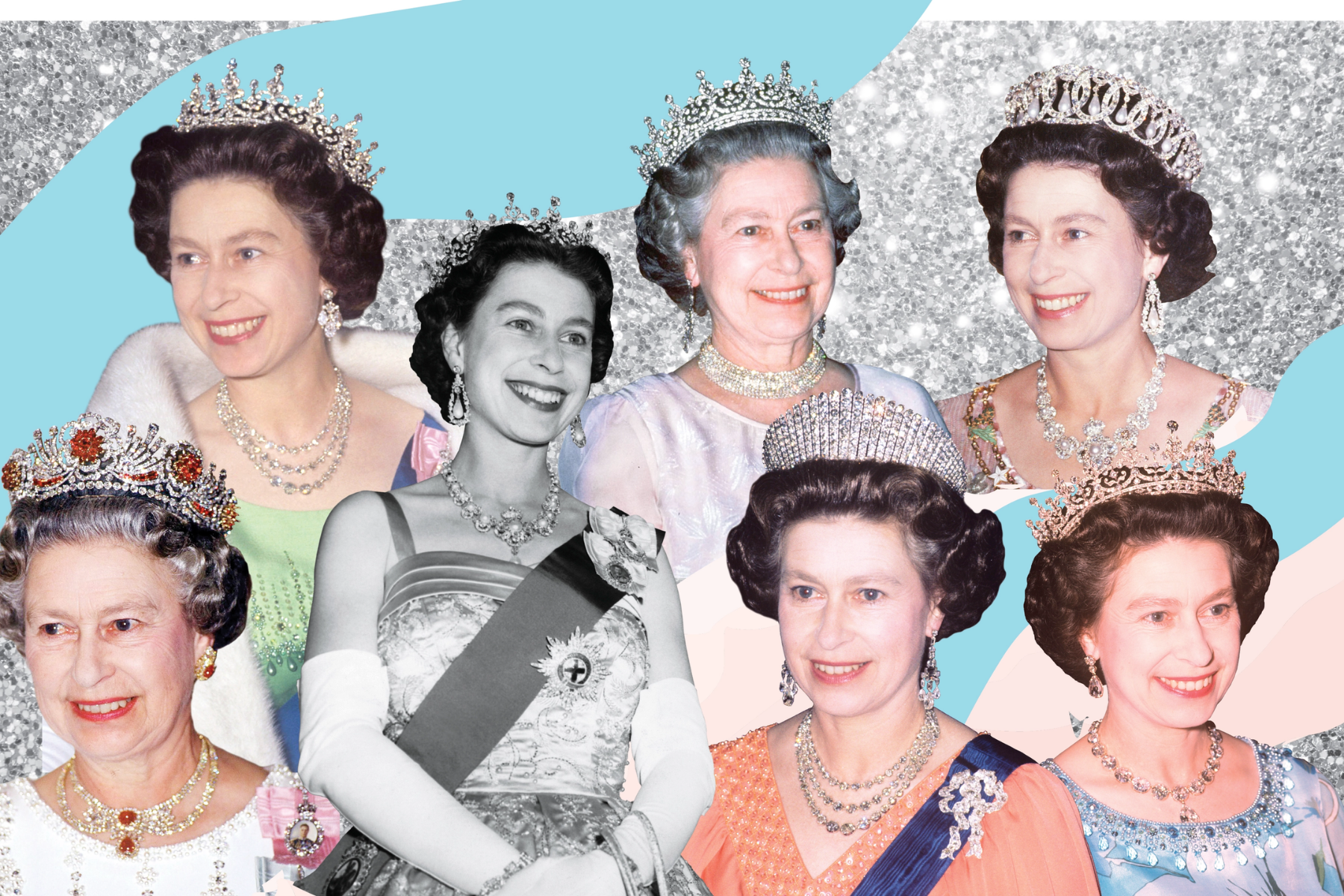 How Many Crown Jewels Are There?

They are part of the Royal Collection, which the monarch holds in trust for the whole country.

What Happens To The Queen's Orb?

Before the final hymn at Queen Elizabeth II's funeral, the crown jeweler took the Imperial State Crown, the orb, and the scepter, which were given to her at her coronation, off the top of the coffin and put them on the altar. This was a very moving moment.

We are glad that Queen Elizabeth II's passing was a success; it wasn't perfect but many are pleased because, until the last day of the Queen's body in public, she received the respect she deserved from the people, including the use of her favorite historical ornaments.