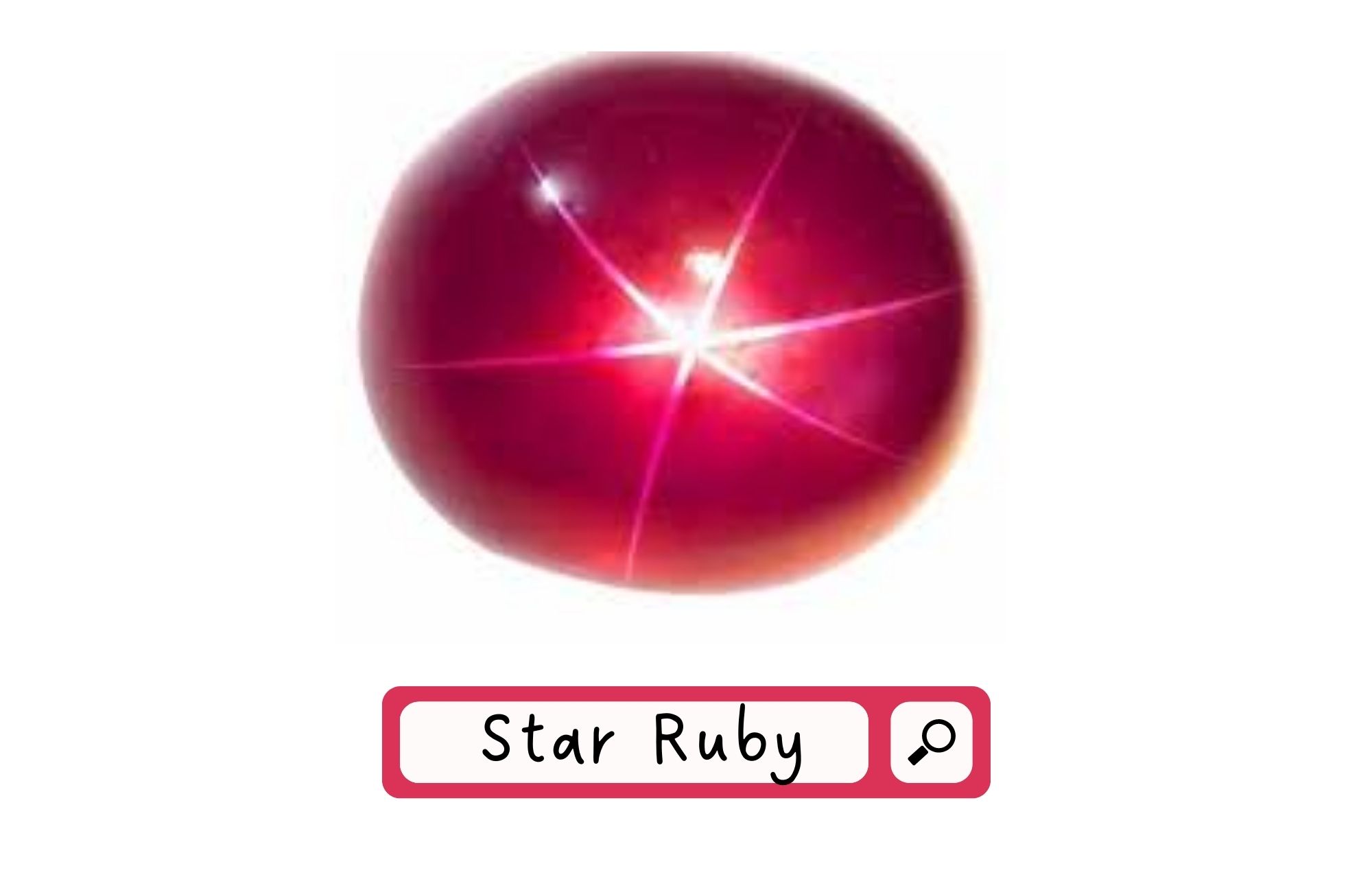 Stone or gem that reflects the star? How cool is that? Star ruby is definitely the best of the best when it comes to reflection. Imagine a gem that looks like one of the most famous things in the sky. You'll be interested in this one.

Star Ruby - How The Inclusion Works

Star ruby is a rare and natural type of ruby gemstone that looks like a star when it is only activated by one source of light. This is called Asterism.

When the crystals reflect off each group, a line is made that looks like it goes straight across the picture.

These three groups of crystals always meet at 60-degree angles from one another. They always do this. This is how it always works.

Consider the following factors when selecting the best Star Ruby.

The 3C's Of Star Ruby

COLOR - It can be called a "star ruby" if it is polished with a star and has any amount of red in it.That means there is no red in it, which means that it is a star sapphire.A star ruby can have a main color of purple, but if it also has a red modifier, it is still called a star ruby.A star ruby can also be silvery or white with a little bit of pink in it and still be a star ruby.

CLARITY - Ruby gem material is desirable because it doesn't have any visible flaws in it. Corundum, on the other hand, has a very specific type of inclusion that makes it look like there are stars in there. A star can only be seen through semi-transparent star corundum because it needs rutile needles to look like a star.

It's important that there aren't too many needles, because this can make the stone colorless, change the color, make it less durable, and more.

The star ruby on the right is an example of having too many rutile needles, like when there are too many of them. They are silvery and colorless. The red is very purple, and the body is silvery.

CUT - They will all be cut into rounded shapes.The curved surface is what makes the star possible.When it comes to star rubies, you can even get them in the shape of spheres. However, don't expect them to be gem-quality unless they were made by someone else.

According to some star ruby sources, the stones have mostly been discovered in the following places:

THAILAND - A lot of the rubies that are found in Thailand (Chanthaburi Province) have a dark brown or violet tint to them. Unfortunately, the production of Thai rubies is going down.

SRI LANKA - The deposits are in the Ratnapura District in the southwest of the island, near the city of Galle. The rubies from these places are usually light red to raspberry red in color.

TANZANIA - Ruby deposits are found on the upper Umba River in northwest Tanzania. They range from violet to brown-red, and the stones are good quality.There are also a few opaque rubies mined in that area. 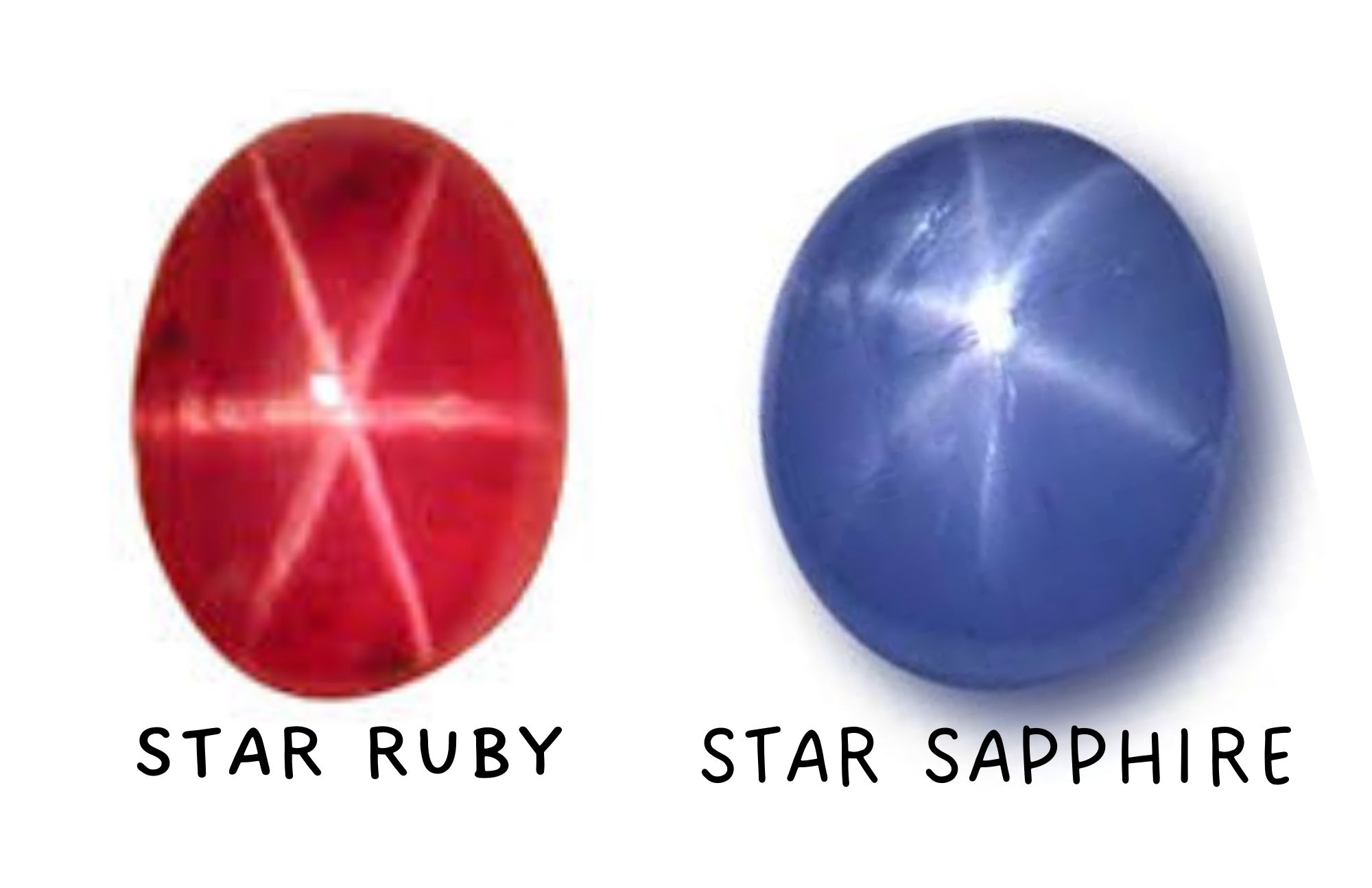 Everyone is puzzled by the difference between a star ruby and a star sapphire, but don't be!

Because the only difference is that when the presence of chromium is strong enough, it turns red and so qualifies as a ruby. Any other color of corundum is a sapphire.

Star ruby is a rare and natural type of ruby gemstone that looks like a star when it is only lit by one source of light. This is called Asterism. It is thought to be a powerful healing stone and is worn to reduce stress, gain inner peace, and keep your body healthy.

Can Star Rubies Be Fake?

How To Identify Synthetic Star Rubies?

How to check Real Ruby Gemstone

Most of the time, you'll see that a synthetic star ruby stone looks too good to be real.

The following are a few quick ways to tell the difference:

1. First, look for flaws in the stone.Stripes or lines of color also appear on the bottom.

2. It shows from the top.Most natural star rubies have one or more of these natural flaws in them, but not all of them have it.

3. It comes through the top.

4. Most natural star rubies have one or more of these natural flaws, but they don't all have them.

5. Then, look at the star. You can use a flashlight. There aren't many natural stars that have the same kind of star that we have.

Star rubies are simply one of the known types of gemstones with a star inclusion. Because of their unique appearance and rarity, they can be sold in a variety of countries. They are among the most valuable types of colored gemstones on the market today.

The information you have just read about star rubies is some of the most important information you should be knowledgeable of. Consider them to be the valuable gemstones just like what that they truly are. Be cautious of synthetics and consult an expert to learn more about your gemstone.