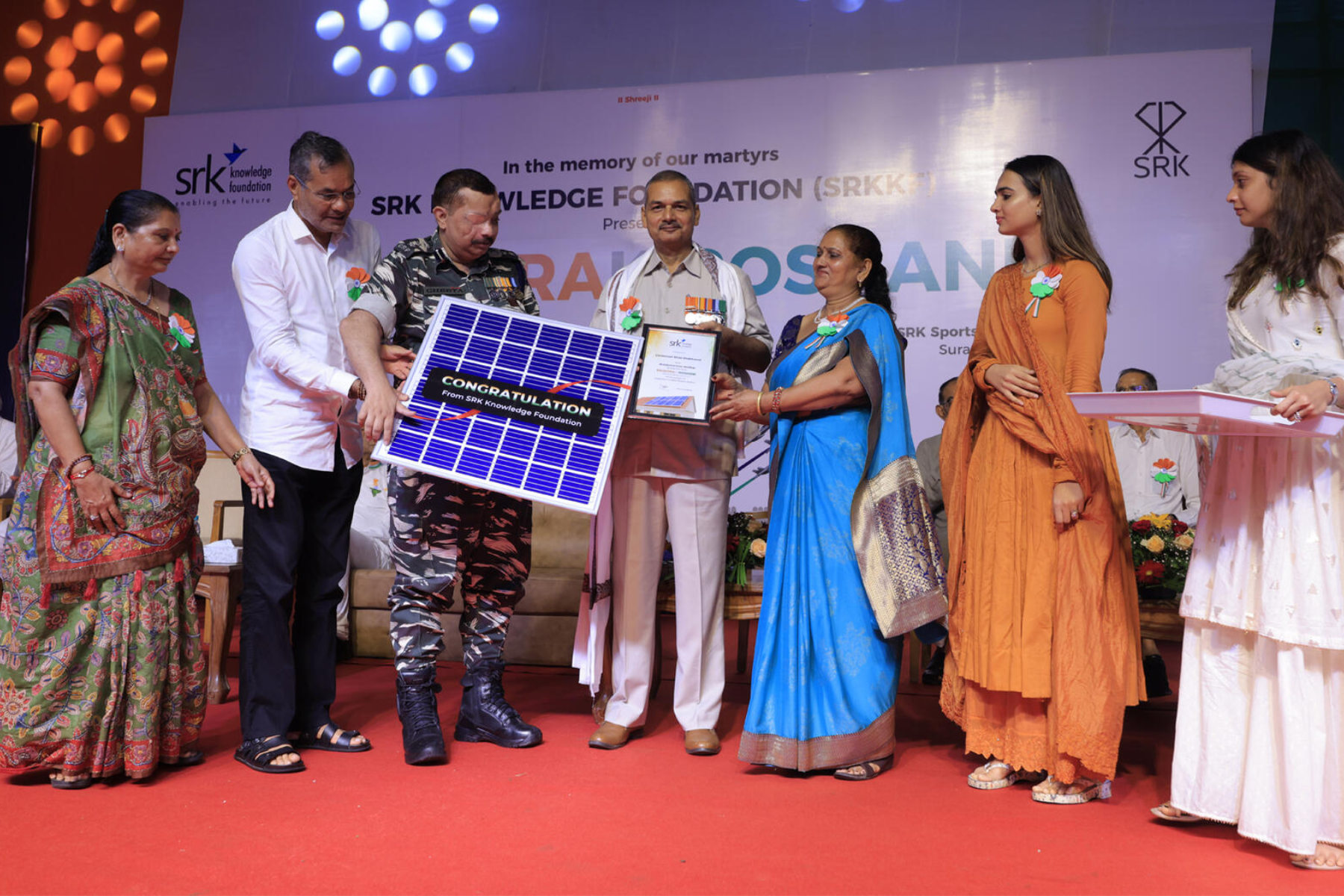 On Monday, August 15, the philanthropic arm of SRE, which is called the SRK, a diamond supplier, will install 750 solar-powered roofs of 750 homes located throughout India.

Commandant Chetan Kumar Cheetah of the Central Reserve Police Force was present at the celebration that was held to commemorate the charitable endeavor.

The organization has stated that the solar panels will be installed at the homes of the families of soldiers who have died while serving their countries as well as other "unsung heroes."

According to SRK's estimates, solar power will affect three thousand people. It will result in savings of approximately $25 per household, every single month, for the next 25 years.

The company stated that it was motivated to participate in the event by the "Azadi ka Amrit Mahotsav" initiative that was launched in honor of India's independence anniversary by Indian Prime Minister Narendra Modi.

This initiative encourages citizens and businesses to celebrate the nation's heroes and give back to the community. According to what was stated, it is also in accordance with the objectives of the SRK Knowledge Foundation regarding sustainable development.

Govind Dholakia, founder, and chairman of SRK made the following statement: “Our unsung heroes are doing so much for us. We should take inspiration from them to always contribute to the development and growth of our nation.

As responsible citizens of India, we, the SRK Family, thought of what we should do for our unsung heroes that could benefit them for a lifetime and came up with the idea of providing solar energy to their homes.”

SRK Is Constantly Developing In Order To Benefit Future Generations

In the past, the SRK Knowledge Foundation has recognized the contributions of the armed forces at various special events.

Dholakia made the announcement in March that SRK planned to make Dudhala, which is located in the Amreli district of Gujarat, a green village by installing solar panel roofing on each of the homes there.

Since the company's founding sixty years ago, SRK asserts that it has provided financial assistance to more than three million individuals in the form of educational scholarships and medical assistance.