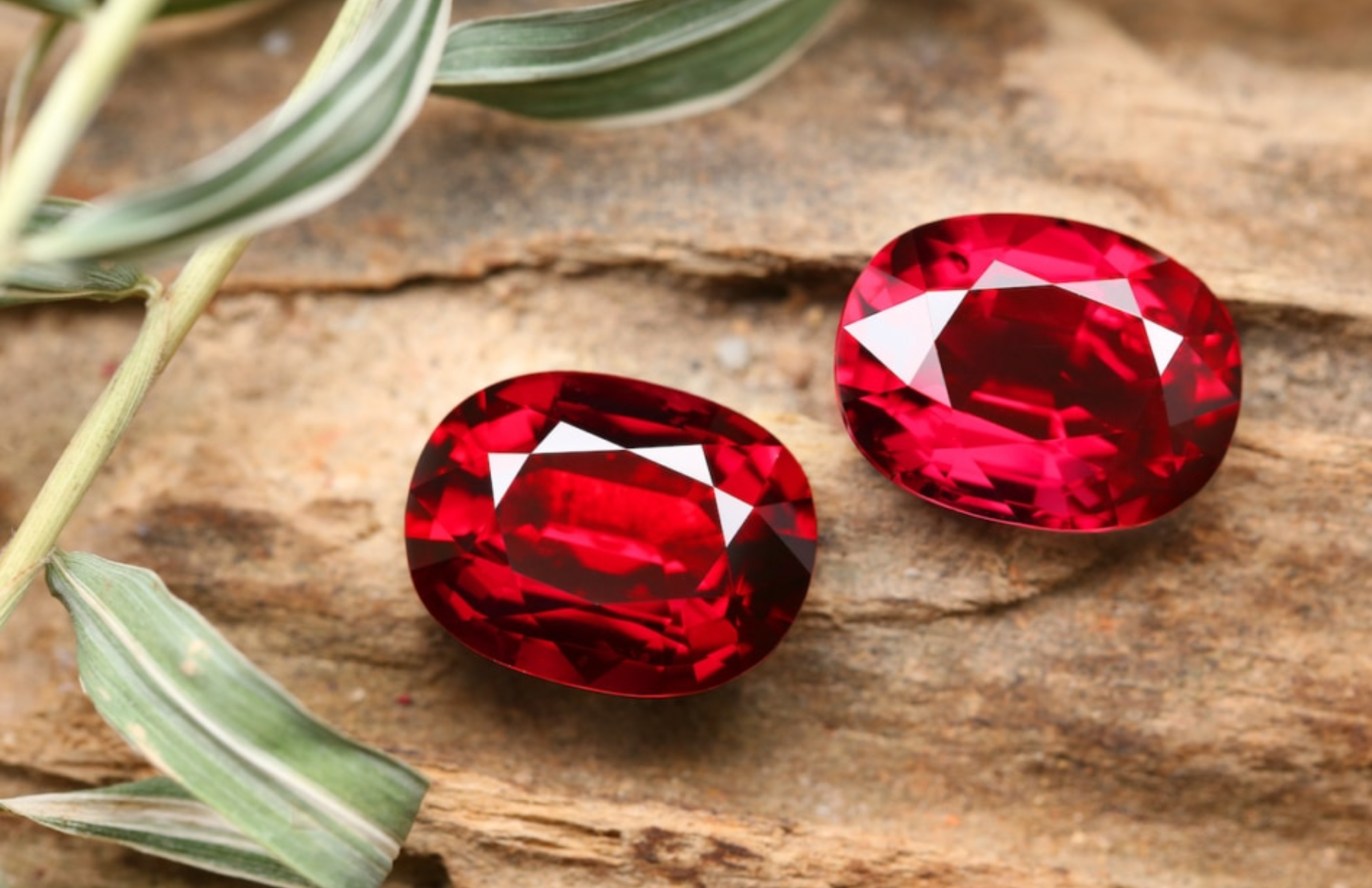 Many say that red is the perfect color when it comes to jewelry, gemstones, and especially birthstones.

And that's actually true! I really like the color red when it comes to jewelry. And if you are devoted to using birthstones, you can also consider the red birthstones.

The Color Red In The History Of Birthstones

Red, which is one of the most common colors for monthly birthstones, has been respected for a very long time as the color of love and passion, as well as life and bravery, and as an endless spark that you simply cannot take your eyes off of.

It is also possible to consider red as one of the most common colors connected with birthstones throughout history. 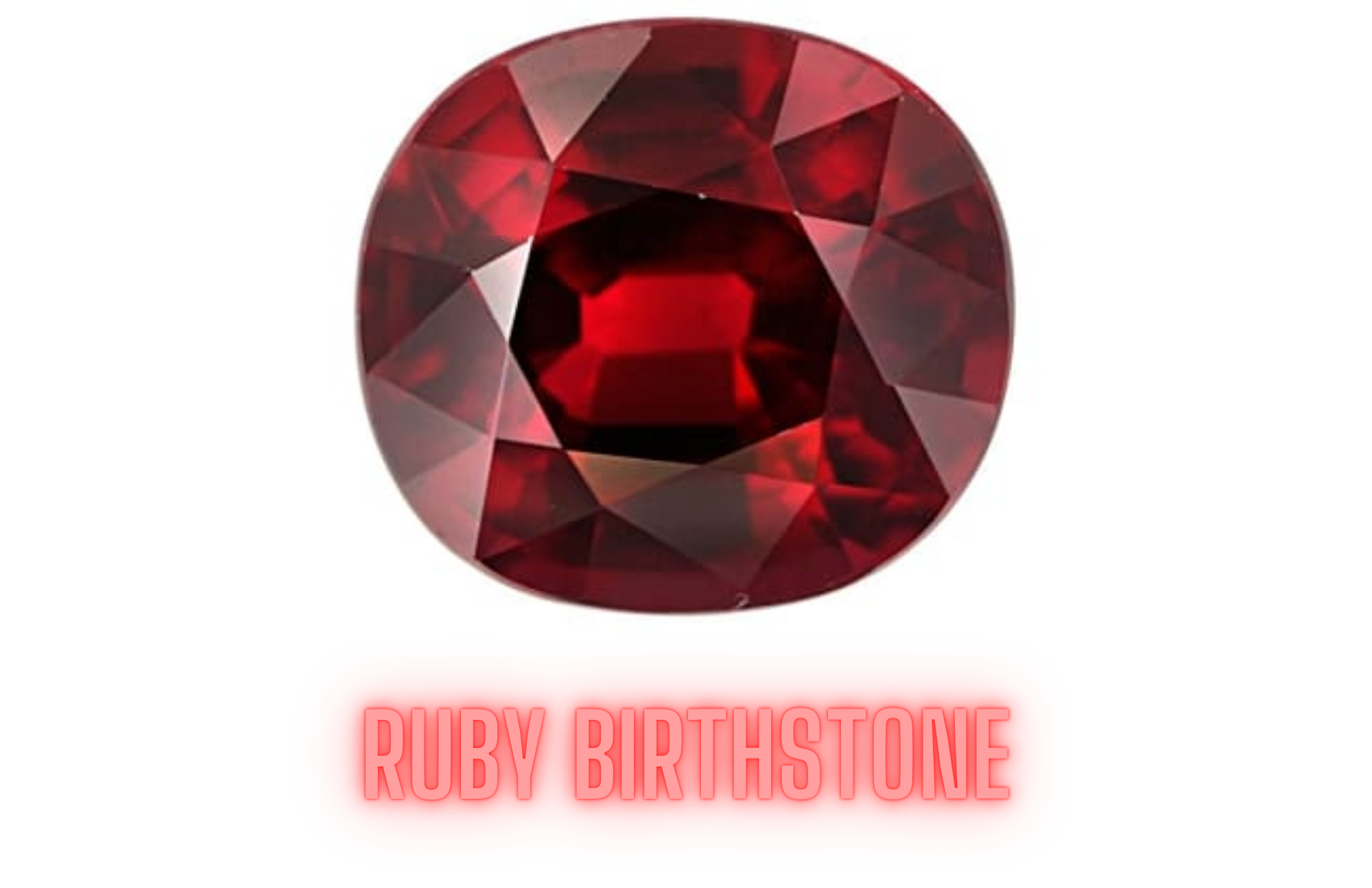 Ruby is the birthstone for July and is widely considered to be one of the most desirable of all stones. The name comes from the Latin word "rubrum", which can be translated as "red", the color associated with love and spirit.

In crystal healing, the ruby is used to ease physical discomfort and help with blood and circulatory difficulties. low energy, heart problems, and detoxification.

In addition, the ruby is considered to be an excellent heart healer. Its amazing nature can be linked to the color red. Thanks to this color!

Rubies were traditional to the skin in an effort to maintain youthfulness and energy. It is stated that Ruby will stimulate greater health and will boost overall wellness in these areas. 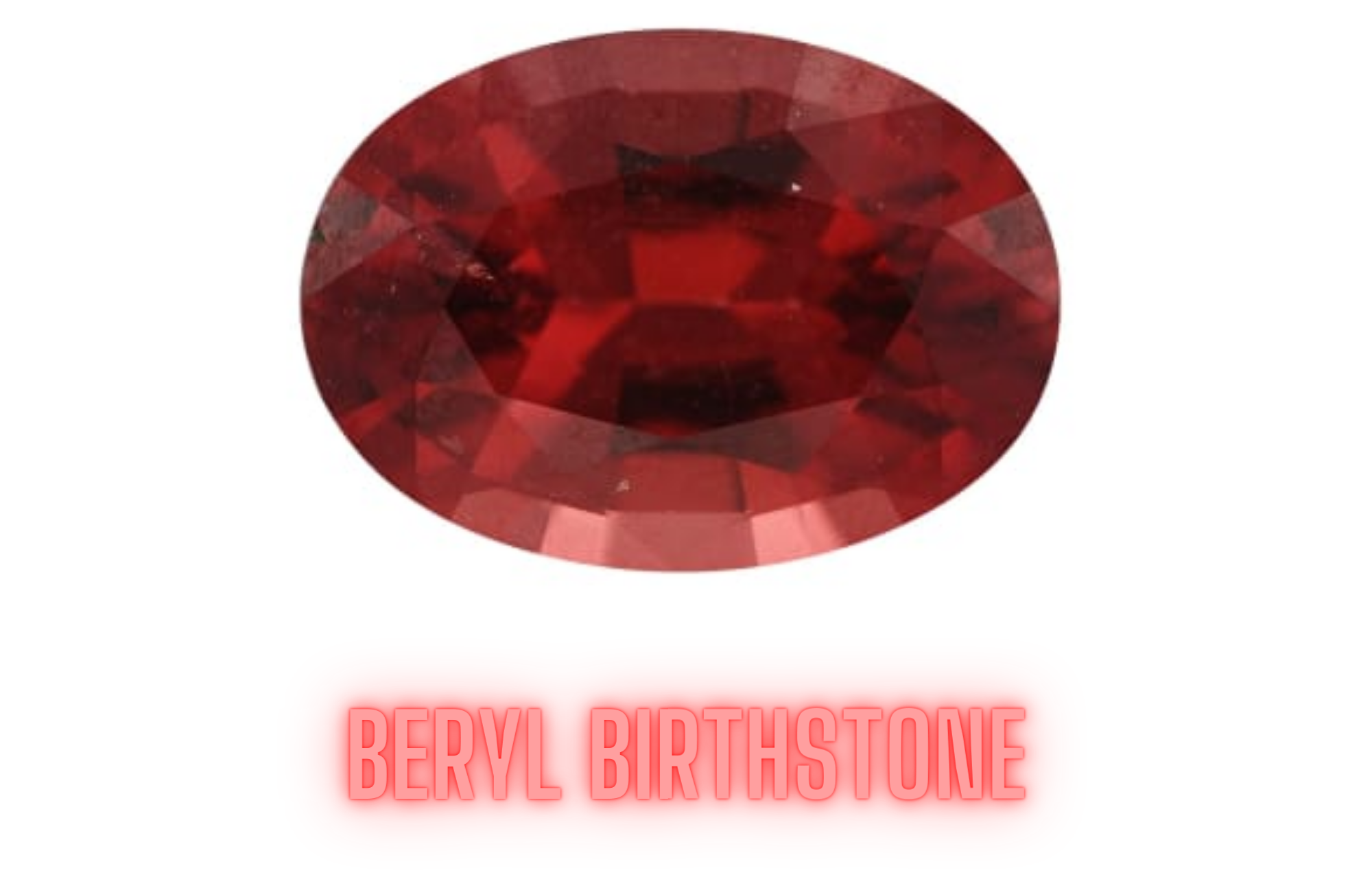 The Beryl type known as red beryl is so unusual because it only contains minute levels of the metal manganese, which gives it its characteristic red color.

A passionate earth stone of physical life and action, red beryl is stunning and rare to find.

Its metaphysical powers make it the ideal "Perfect Time" Crystal. These energies give wisdom and self-confidence in regards to understanding "the right time" to change one's mind, change one's course, or "do" anything.

Because of its extreme rarity and high value, red beryl is said to be valued 1,000 times more than gold. However, only one red beryl crystal can be found for every 150,000 diamonds. Maynard Bixby made the discovery of red beryl in the Thomas Range, which is located in Juab County, Utah, in the year 1904. 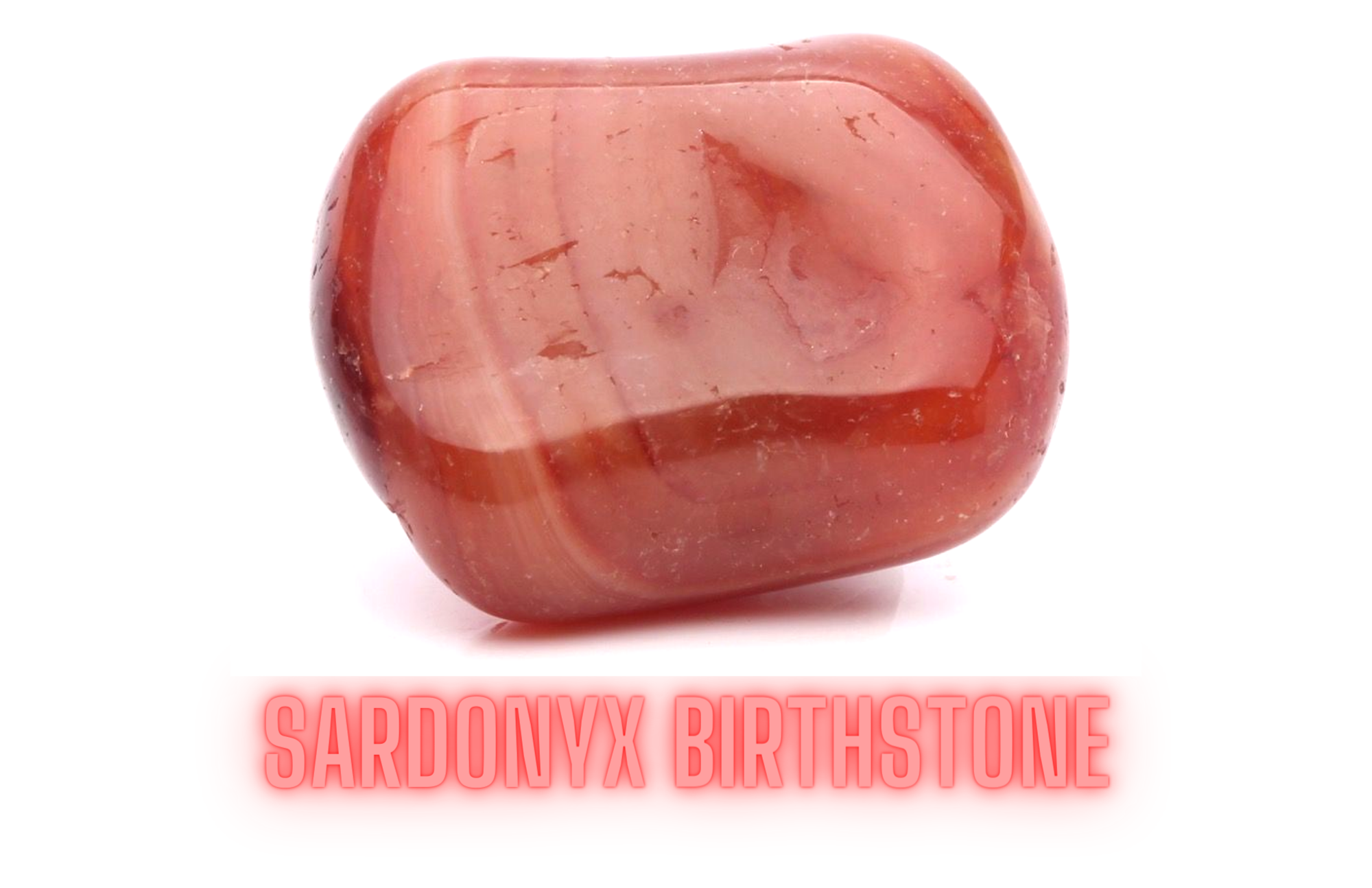 Another red birthstone for everyone. Depending on the amount of iron oxide that is present, sardonyx can have a color anywhere from yellowish-red to reddish-brown color.

Since ancient times, sardonyx has been worn as a stone of strength and protection. It is also associated with bravery, happiness, and the ability to communicate well.

Many said that their marriages and partnerships benefit from the long-term satisfaction and stability that it gives.

Because of the metaphysical significance associated with them, red and bullseye sardonyx are exceptionally potent stones. 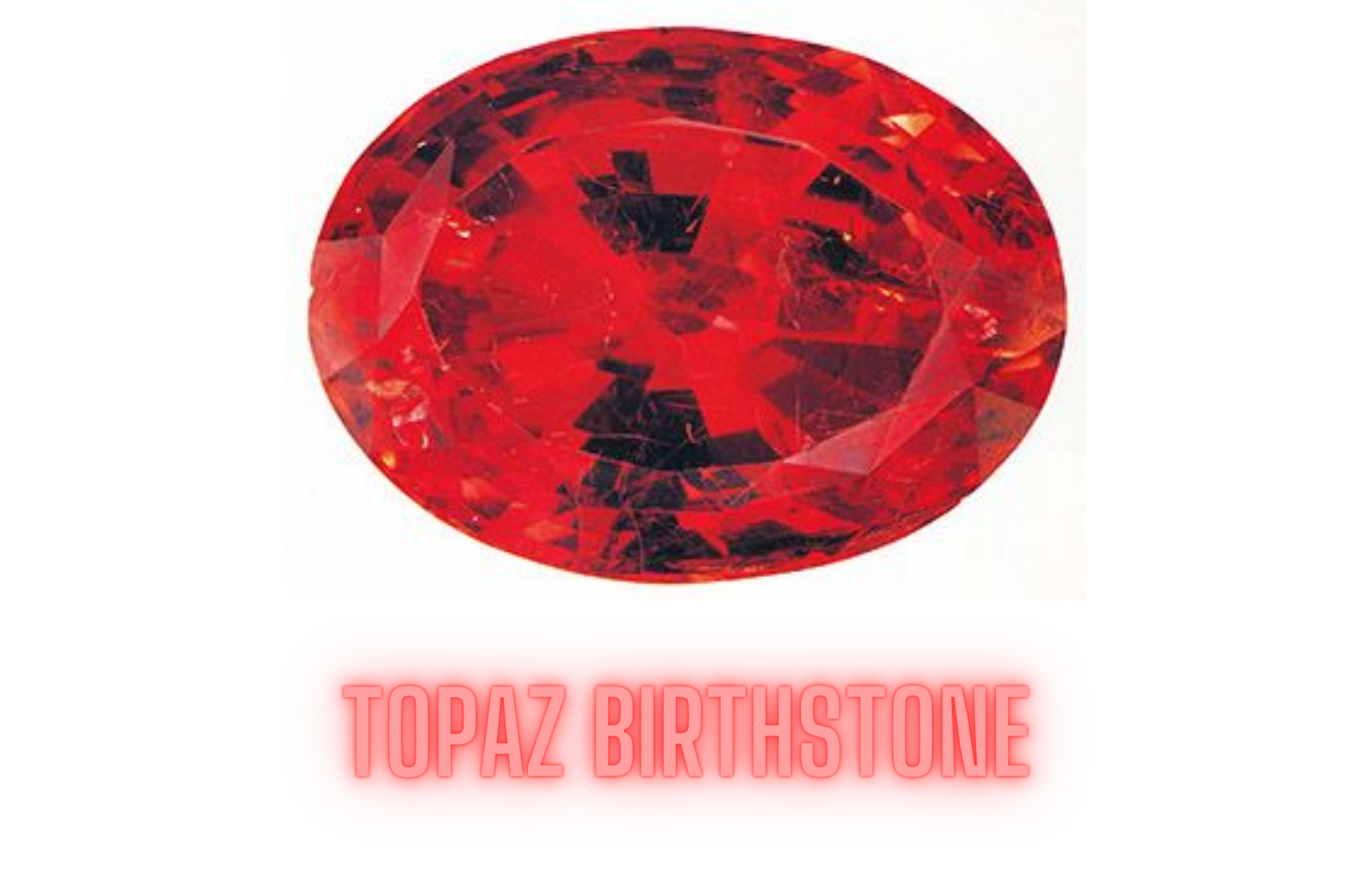 Imperial topaz is highly demanded and most commonly appears in colors ranging from yellow-orange to orange-red.

Red topaz, on the other hand, is an exceptionally rare subset of gem-quality Imperial topaz. Even less common are colors like pink, purple, and red in different shades.

The chemical makeup of the gemstone contains minute levels of chromium, which is the source of its unique red color.

A friendship that lasts a lifetime and the complete devotion of the one you love are both guaranteed when you wear a blazing red topaz as a pendant or set of earrings.

It is stated that if you wear it, it will relieve negative emotions and bring you friendship. 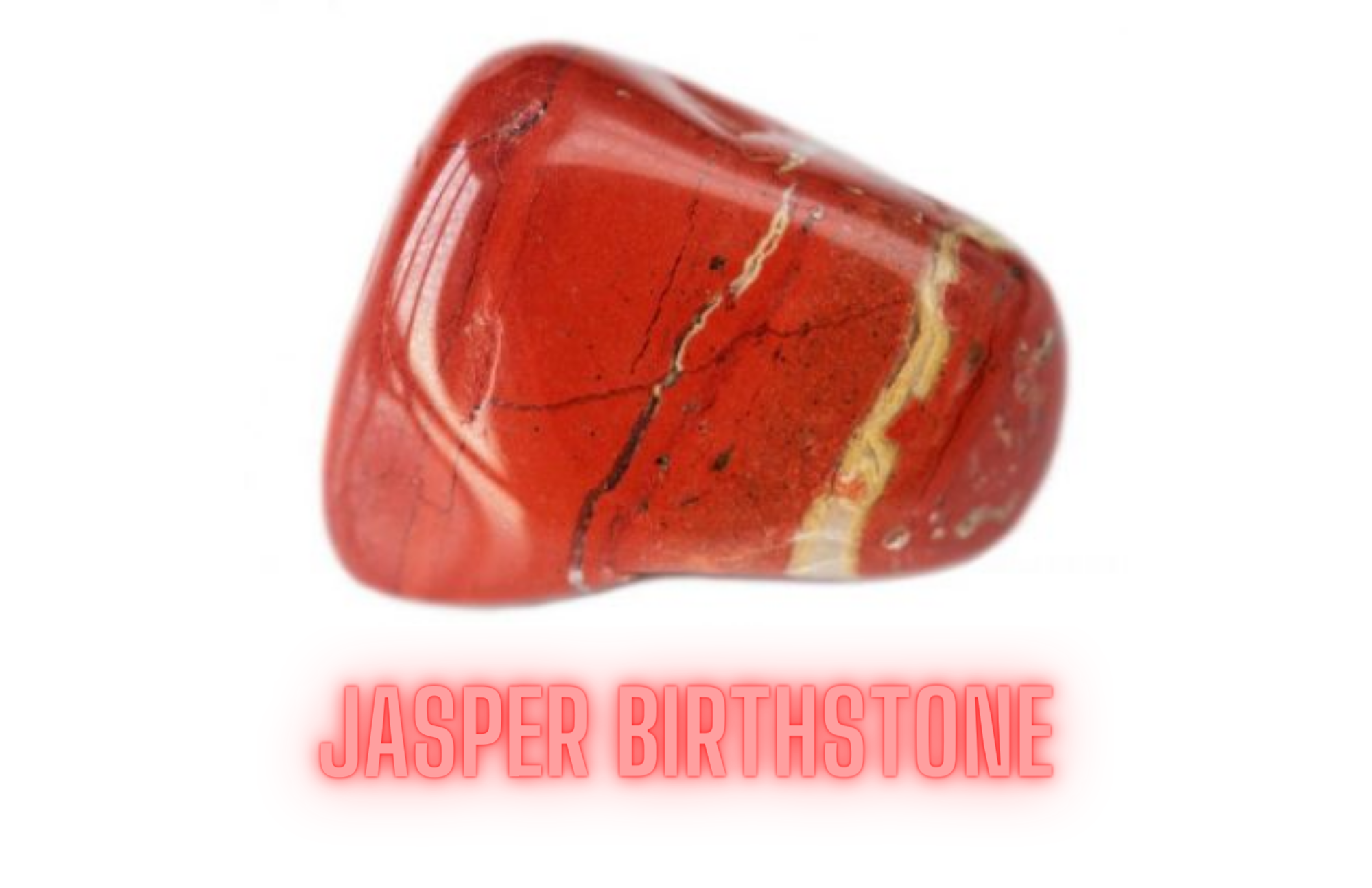 Last but not least. It is said that wearing jasper gemstone can amplify the feeling of contentment and well-being that one already enjoys.

Since ancient times, people have believed that wearing red jasper as a protective stone can keep off harm.

It is claimed that this particular jasper possesses the ability to generate aggressive and dynamic energy while also helping in its balance.

It is believed that red jasper can promote emotional endurance, self-confidence, and self-trust, as well as emotional protection, courage, balance, quiet, and relaxation.

In addition, the use of red jasper has been shown to improve one's ability to remember dreams and enhance sexual vitality.

Crystals can be used in a number of different healing techniques and energy work in a variety of different ways.

Which birthstone is red and what is it? They come in a total of 14! The majority of birthstones by month listings are based on the gems that were used in the biblical breastplate of Aaron.

It was stated that the fourth stone of the breastplate, which was called "nophek," had the most brilliant red color that could be presented by either a birthstone ruby or a good almandine garnet. This color could be displayed by any gemstone.

Benefits Of Wearing Your Own Birthstones

It is believed to have a strong connection to the energy that emerges from you.

Because they are in harmony with your energies, your birthstones have a strong connection to you and who you are. They are indicated by the month and day that you were born, as well as your astrological sign.

They raise your overall energy level and bring you into alignment with your surroundings by transmitting the ideal rate to you personally.

Why Is Wearing Your Birthstone Good Luck?

What happens when you wear your birthstone?

They were used to release obstructions on all levels, including the mental, spiritual, and physical. The practice of placing these crystals on one's body in order to connect with the energy of the earth is believed by a significant number of gem therapists. Using jewelry with birthstones is an example of this concept. In addition to making you feel calmer and more in control of your emotions, using them can also serve as a lucky charm.

Where Should You Wear Your Birthstone?

The Pinkie Finger - Wearing a ring with a birthstone on the pinkie finger, sometimes known as the little finger, is a method to make a very specific statement. Believe it or not, people seem to notice the little finger more than the thumb, given the little finger's tiny size. Because of this, it is the perfect place to show commitment to a family, institution, or cause by wearing a birthstone-adorned piece of jewelry.

How Do I Find My Birthstone?

The list of red birthstones consists of the following gems: Ruby, beryl, sardonyx, topaz, and jasper. Which one do you think is the best?

You can choose one of these, but they also recommended that you check your own birthstone to see if it is one of these. It is believed by many that this will ensure that the gemstone will be more suitable for you.