When going out in public and showcasing their pricey jewelry collection, the Royal Family is usually well-prepared and wears a professional dress. You can probably imagine that the family has gathered a collection of jewelry that is quite expensive and would cost a lot of money to buy all at once.

For example, Queen Elizabeth II, who was a royal queen of the United Kingdom, owned an incredible collection of jewels.

As a way to honor her legacy, we are going to see some of Queen Elizabeth II jewels and reflect on the fact that she has always had a thing for jewels.

How Many Pieces Of Jewelry Does Queen Elizabeth Have?

Which jewellers have made it into Queen Elizabeth’s royal jewellery collection?

She has more than 300 pieces of jewelry, including 98 brooches, 46 necklaces, 37 bracelets, 34 pairs of earrings, 15 rings, 14 watches, and 5 pendants, the most notable of which are discussed in this article.

As a reason, we are unable to specify all of the specific names of her jewelry. We will concentrate on the most incredible of her jewels first. 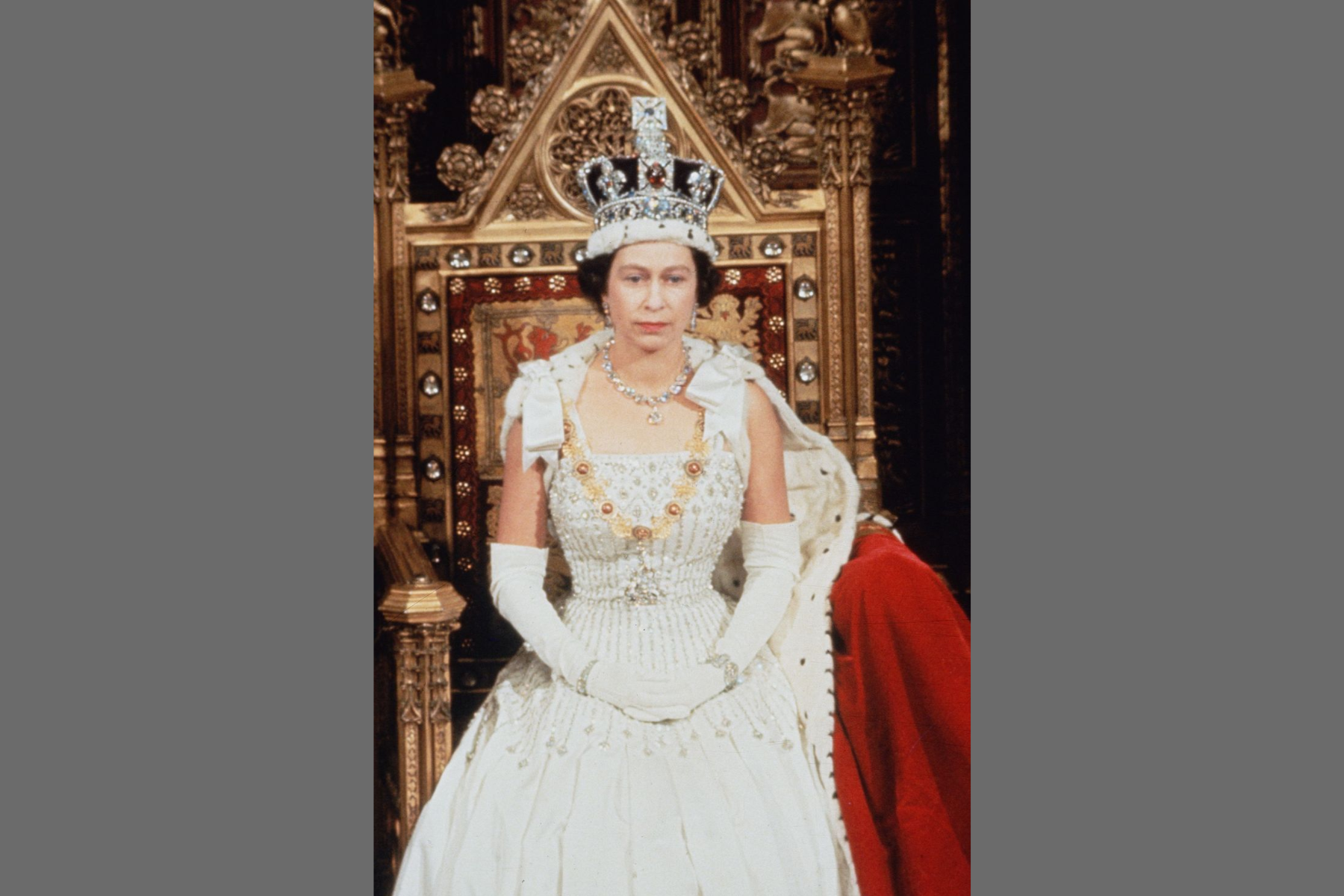 For her coronation, Queen Elizabeth II sat on a throne while wearing the Imperial State Crown

On January 1, 1967, the Queen wore the Imperial State Crown along with the diamond necklace she had worn for her coronation. The crown was designed in 1937 specifically for the purpose of King George VI's coronation.

It is decorated with a total of 2868 diamonds in silver mounts, the majority of which are of the table, rose, and brilliant cut, as well as colored stones set in gold mounts. These colored stones include 17 sapphires, 11 emeralds, and 269 pearls.

According to one source, the estimated amount of this crown is $14 billion.

Not only that! It weighs 2.2 pounds, and she said in an interview that she had an inch cut off of it so she could use it. She also said that she couldn't look down to read speeches while wearing it because if she did, her neck would break and the crown would fall off!

You have to take the speech up because if you did your neck would break and it would fall off.

Imagine how heavy that crown is. The monarch last wore a heavy crown at the time 2016 State Opening. 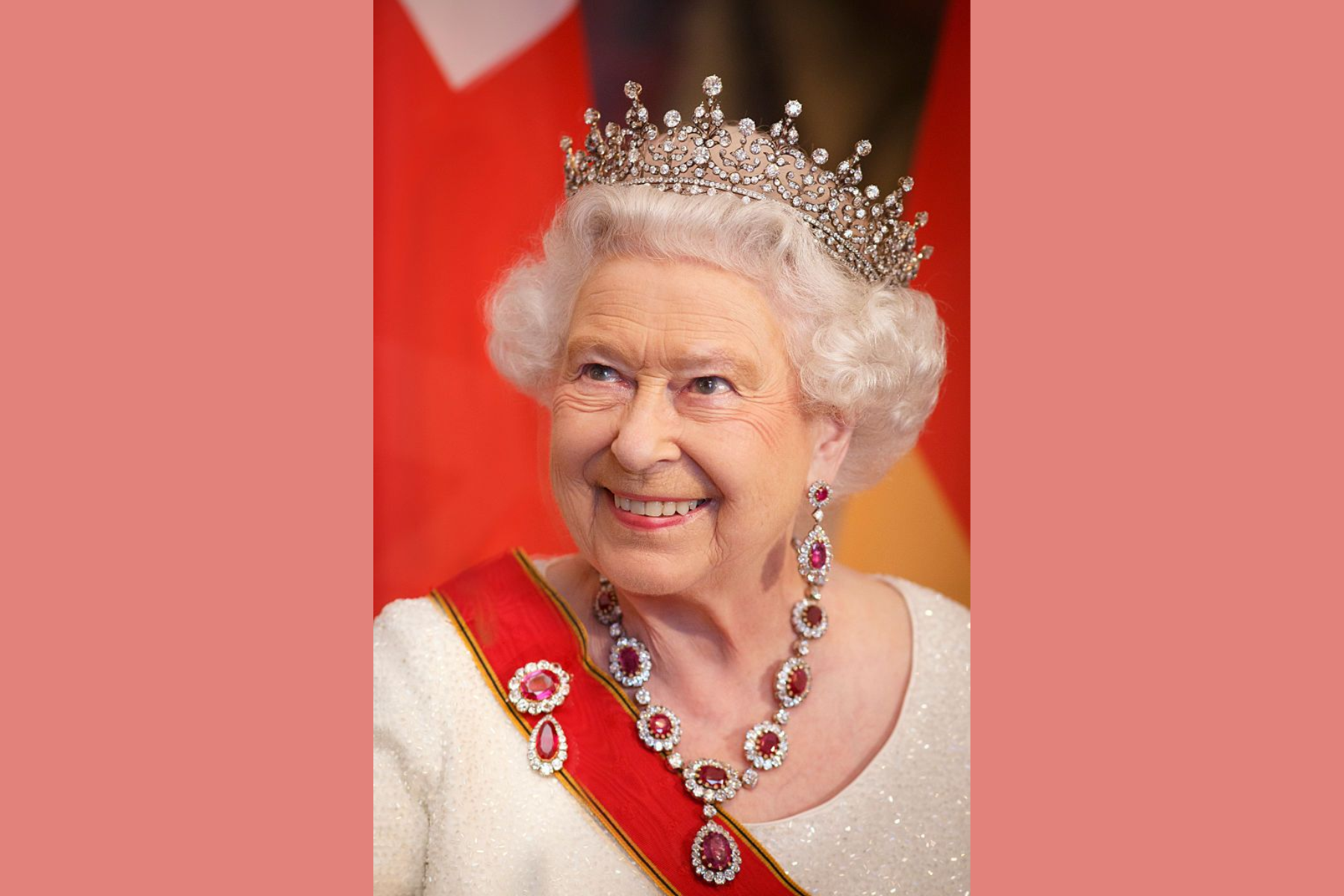 On June 24, 2015, while the Queen was on an official visit to Germany, she wore a necklace known as the Crown Ruby necklace. This necklace was fashioned by Prince Albert for Queen Victoria.

In addition, during the event, the monarch wore the Crown Ruby Brooch that belonged to Queen Victoria. Up until the year 2002, they were a part of the collection that belonged to the Queen Mother.

In honor of the event, the Queen wore a selection of jewelry that featured diamonds and rubies in their settings. The Burmese Ruby Tiara, which is one of the newest sparkling pieces in the Queen's collection, served as the centerpiece of the ensemble.

In the 1970s, she gave Garrard the contract to create the tiara for her.

The State Diadem At State Openings Of Parliament 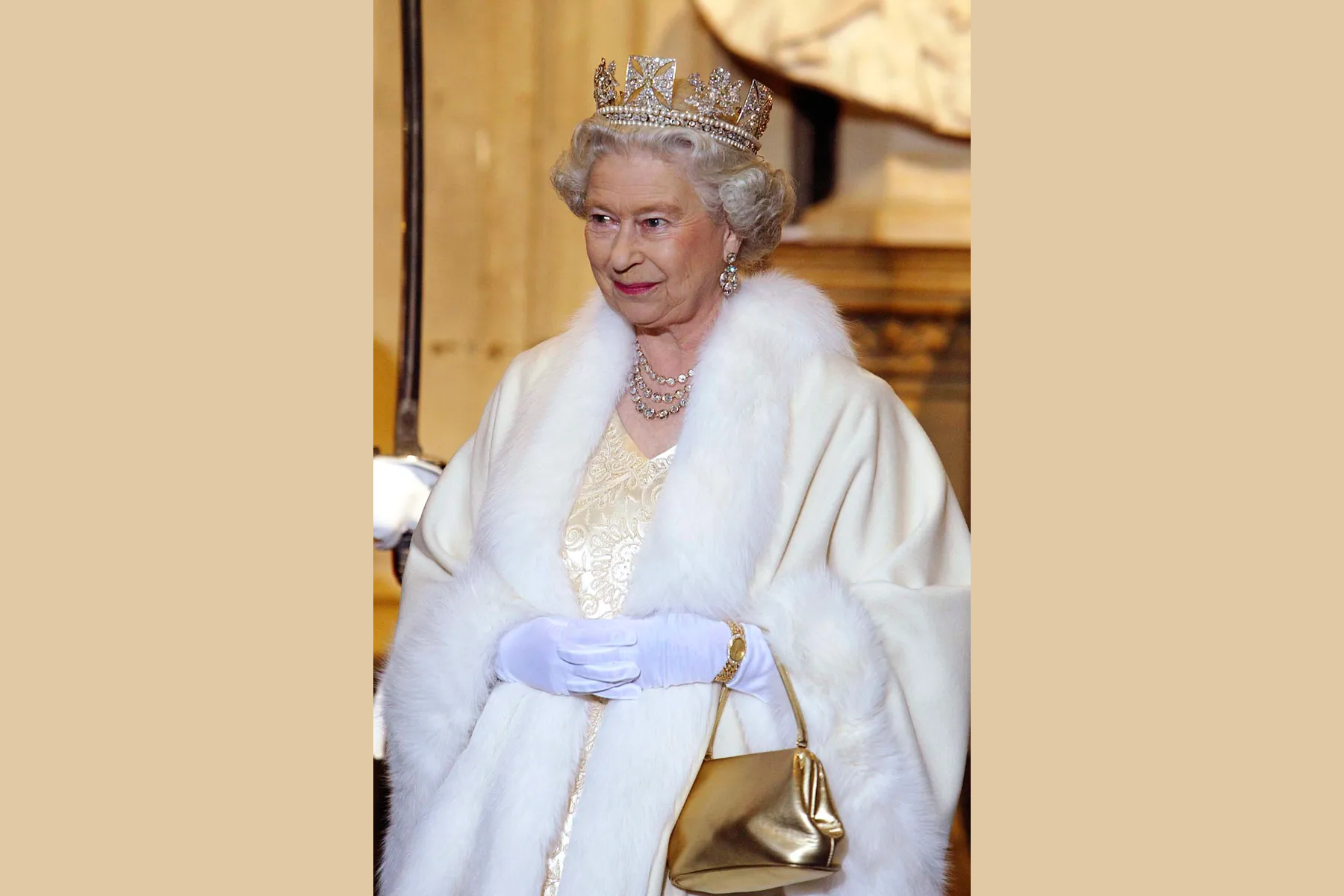 The diamond crown worn by the Queen, known as the State Diadem, was first created in 1820 for King George IV, who was Queen Victoria's uncle. The Queen was photographed wearing the crown on November 13, 2002.

At State Openings of Parliament, queens and queens' consorts are expected to wear the diadem in order to conform to customs.

The "famous diamond diadem" of Queen Elizabeth II, which appears on a postage stamp, has an astounding value of £6 million, so that's basically 6,952,284.00 U.S dollars 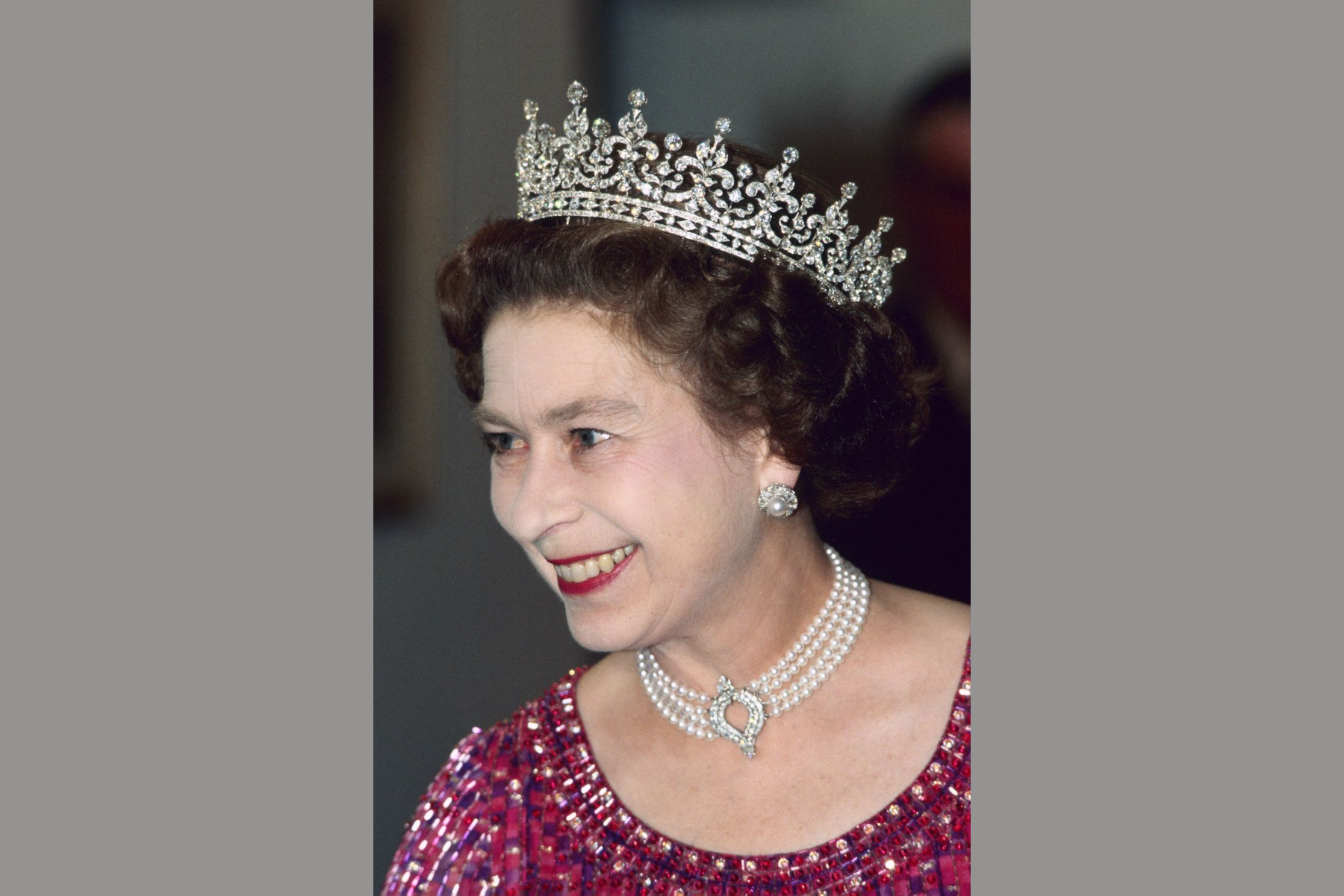 In the early 1980s, the Japanese government placed an order for the Queen to receive a pearl choker including a diamond pendant. The Queen was photographed wearing the choker for the first time on November 16, 1983. Additionally, the Duchess of Cambridge has been seen wearing it.

The Queen was given "a set of the finest cultured pearls handed to her by the Japanese government" during the first State Visit that she and the Duke of Edinburgh made to the Empire of Japan in 1975.

This gift was given to the Queen by the Japanese government. The pearls were set within a few years into a four-strand pearl choker with a curved central diamond clasp that was made by Garrard, the Crown Jeweller.

However, given its recent appearances, it is likely that the late Duke of Edinburgh had some input into the design. 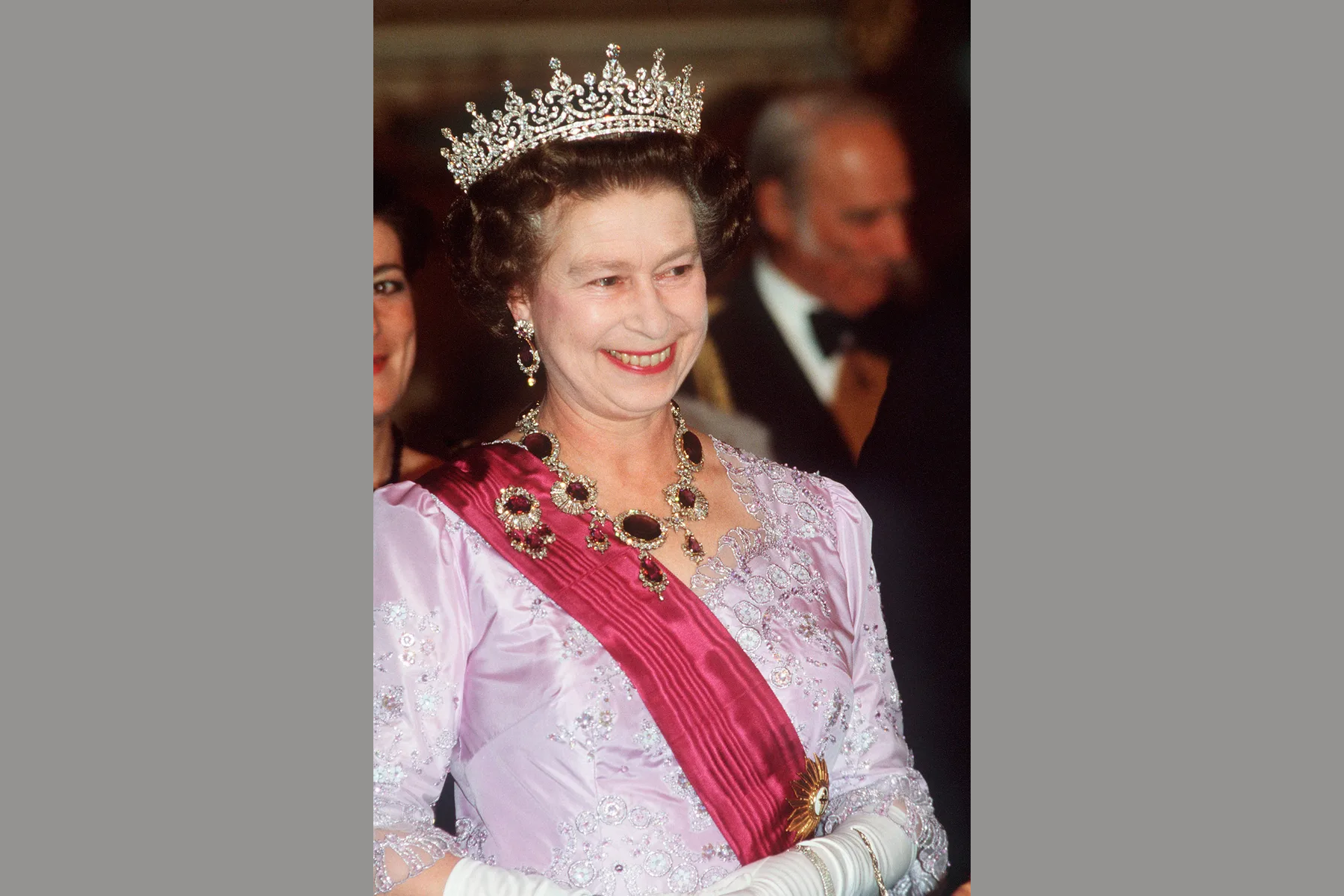 It is known as the Crown Amethyst Suite of Jewels or the Kent Amethysts, and it includes a diamond brooch, earrings, and a necklace. The set is extremely remarkable. The Duchess of Kent, who was Queen Victoria's mother, was the original owner of the property.

The Duchess of Kent, who was Queen Victoria's mother, had owned the set in its earlier incarnation. On March 26, 1985, Elizabeth can be seen wearing it in this picture.

The Queen received the entirety of Queen Mary's jewelry collection after her passing in 1953, and one of the pieces that she received was this diamond brooch in the shape of a bow.

It was worn by Her Majesty when she attended the wedding of Prince William and Kate Middleton in 2011.

As said by Showbiz Cheat Sheet, the approximate number of tiaras that belong to Queen Elizabeth II is unknown, although it is likely to be somewhere in the range of four dozen.

When it comes to the cost of these crowns, the Greville Emerald Kokoshnik Tiara is provided as an illustration of the most pricey option available.

Other Known Jewels Of The Queen

Where Is The Queen's Jewelry Kept?

The Jewel House in the Tower of London is where you'll find the Crown Jewels, which are protected by a strong-armed force.

These magnificent jewels are part of a one-of-a-kind functional collection of royal regalia, and Her Majesty, The Queen, continues to make common use of them at significant national events such as the State Opening of Parliament.

What Is Queen Elizabeth's Favorite Piece Of Jewelry?

The magnificent sparkly crown was given to Queen Elizabeth by her mother as a wedding present when she married Prince Philip.

What Is Queen Elizabeth's Favorite Tiara?

In 1953, Elizabeth II received the tiara as part of her legacy, and she wore it on a few occasions during the early years of her reign. As a result of the fact that it was given to Princess Diana during the time when she was married to Prince Charles, the tiara has become most strongly linked with her.

Although there is a large number of items in Queen Elizabeth 11's collection, we are all aware that it is impossible to learn about all of them. There are some of the most exquisite and expensive jewels in her collection but there are my personal favorites; what are some of yours?