Best 6 Purple Crystals That You'll Want To Have In 2022 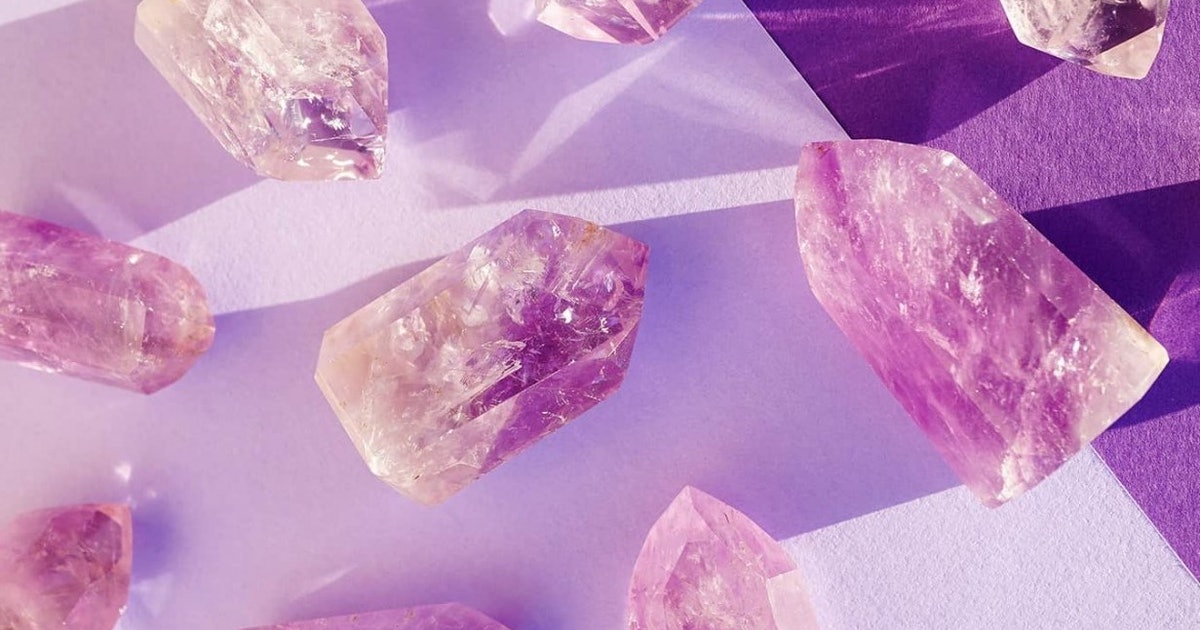 Purple is one of the most brilliant colors in the world. Sometimes, you will be confused due to its fine and soft texture. Why? Purple crystal can sometimes look like cotton candy to me! Who agrees?

But actually, when you have a purple crystal, you are very fortunate! In most places, people there don't have a chance to get one for themselves, just the well-known people who get a chance to get one. That's how rare these stones are.

Did you know that there are different types of purple stones? If you already know this, that's awesome. But for those who don't know it yet, now is your chance. I've compiled a list of all possible purple stones. 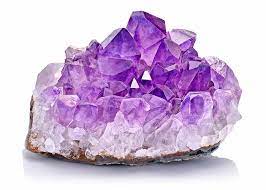 Amethyst stone gradient from white to purple on a white background

Amethyst is a type of quartz that is purple. It's the gem that most people think of when they think of the color purple, even though there are other purple gems like sapphire and tanzanite. From light lilac to dark, intense royal purple, amethyst's purple color can be any shade of purple you want.

The Discovery of Amethyst

Ancient Greeks thought that their god, Dionysus, was the first person to find the purple gem. It's not clear how long this gem has been around, but it was found in France about 25,000 years ago. 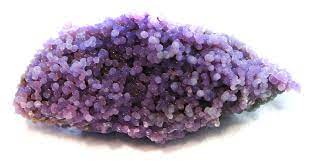 Grape agate is a term used by businesses to describe purple aggregates of small quartz crystals with a round (botryoidal) shape. The name comes from their purple color and how they form clusters that look like bunches of grapes.

This material is found in the Mamuju area, which is near the western coast of Sulawesi, an island in the country of Indonesia.

The Discovery of Grape Agate

Theophratus, a Greek philosopher, is thought to have found the stone in the 3rd or 4th century BCE, but there is no proof. Since its discovery, agate has been found all over the world and is easy for amateur gem hunters to find. 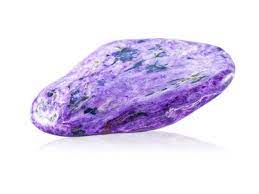 Charoite has a pearly gloss and is translucent violet to purple in color. It has an unique whirling, thickened appearance, which can be chatoyant, and this, combined with its bright color, can lead people to believe it is synthetic or artificially created.

The Discovery of Charoite

Charoite was found in 1949 and became a new mineral species in 1977. According to the people who found the mineral, the name comes from the Chara River, which is near the southern border of the Murun complex. 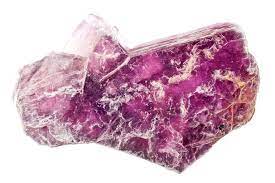 Lepidolite minerals are typically known for their gorgeous color that ranges from light pink to dark purple. They can also be colorless, grey, blue or yellow, however, with those variations being less valued among jewelers and craftspeople.

The Discovery of Lepidolite 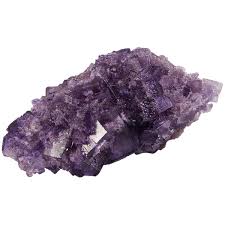 It usually looks blue-violet under short-wave ultraviolet and long-wave ultraviolet light, but it can also look purple. There are some specimens that are known to glow in the dark in a cream or white colorMany things don't light up.

The Discovery of Purple Fluorite

It was in the 1500s that Georgius Agricola, a German mineralogist, came up with an idea for a material that could help some ores melt at lower temperatures.This word comes from the Latin fleure, which means "to flow."

Fluorspar, fluorite, calcium fluoride are some of the names we use today for it. It turned out to be very good at what it did. 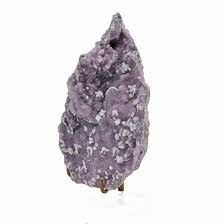 The colors of Smithsonite vary from pink, purple, lavender, green, blue-green, yellow, brown, blue, to white gray. The stone itself has a pearly or silky luster. Smithsonite is also sometimes referred to as Zinc Spar.

How Much Are Purple Crystals Worth?

It can be hard to find faceted amethyst gemstones that sell for less than US $2 per carat. Other gems can sell for up to US $10 per carat.

However, it is still dependent on the jewelry stones store from which you plan to purchase; if you are friends with the owner, you may be able to receive a discount.

How Much Is A Purple Stone Worth?

Price ranges for high-quality cut stones are usually in the range of $20 to $30 per carat, with very good pieces costing around $40 per carat.

Almost all of the best Amethyst is very clean and hasn't been treated at all. It can be found in very large sizes. It's a very durable gem that can be used in all kinds of jewelry, so it's good.

The good news is that these stones are suitable for use in jewelry. So, if you're a jeweler who likes purple or any shade of purple, this is the one for you. The six different stones can serve as your primary source for determining the best type of purple stone for your jewels.

Appreciate it because it is rare and comes from our natural environment. I wish you the best of success in your search for the perfect purple stone!