Purple Birthstones - Elegant Gemstones You Should Try Out 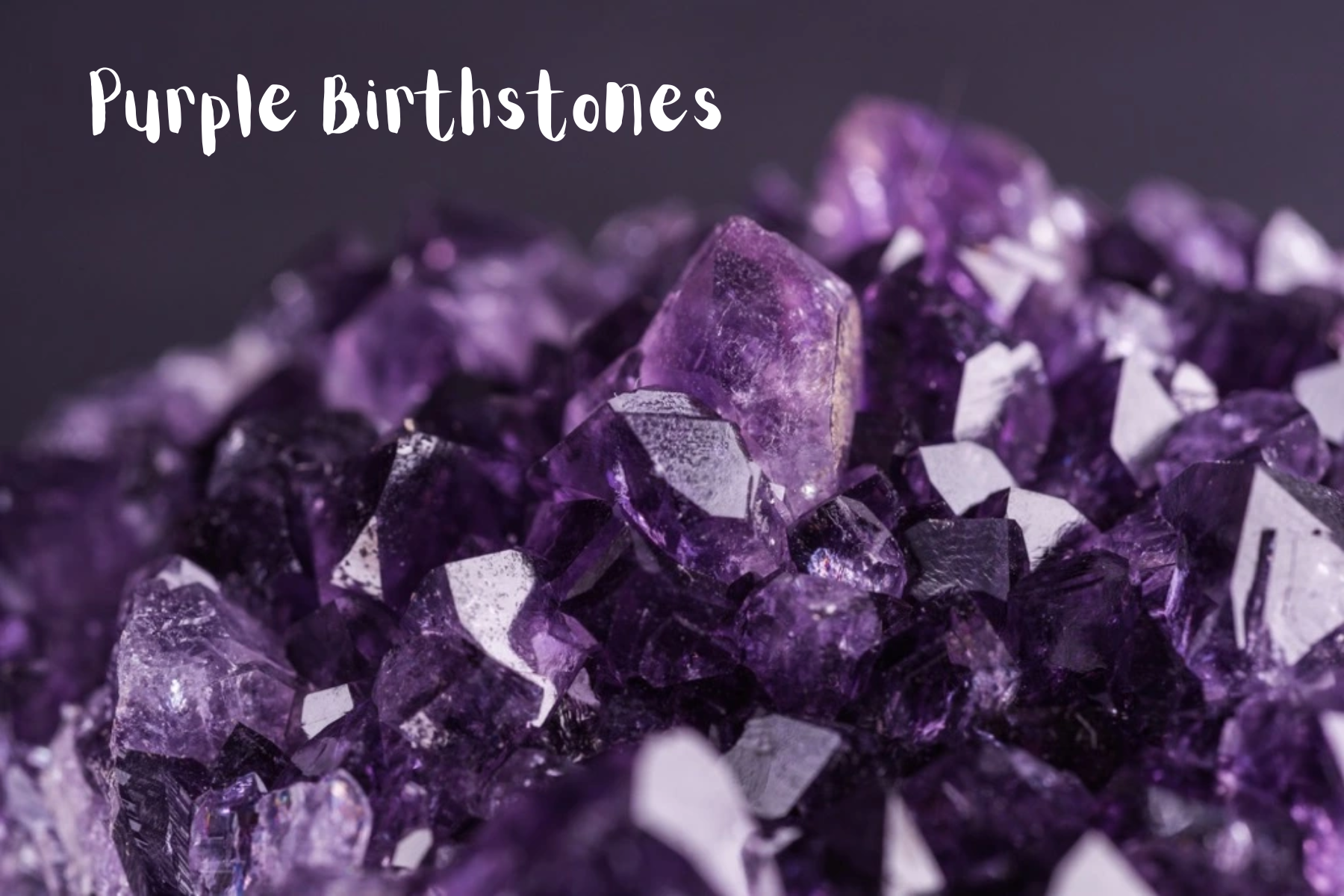 Purple birthstones are truly remarkable in their elegant looks, and the way they shine is absolutely eye-catching.

People are often interested in the color purple, which is often linked to royalty, wealth, passion, power, luxury, ambition, and magic.

Even though purple gemstones that come from nature are very rare, a few beautiful and interesting ones have been found in this mysterious color.

Are you interested in knowing the different purple birthstones?

This article will give you more knowledge about them. 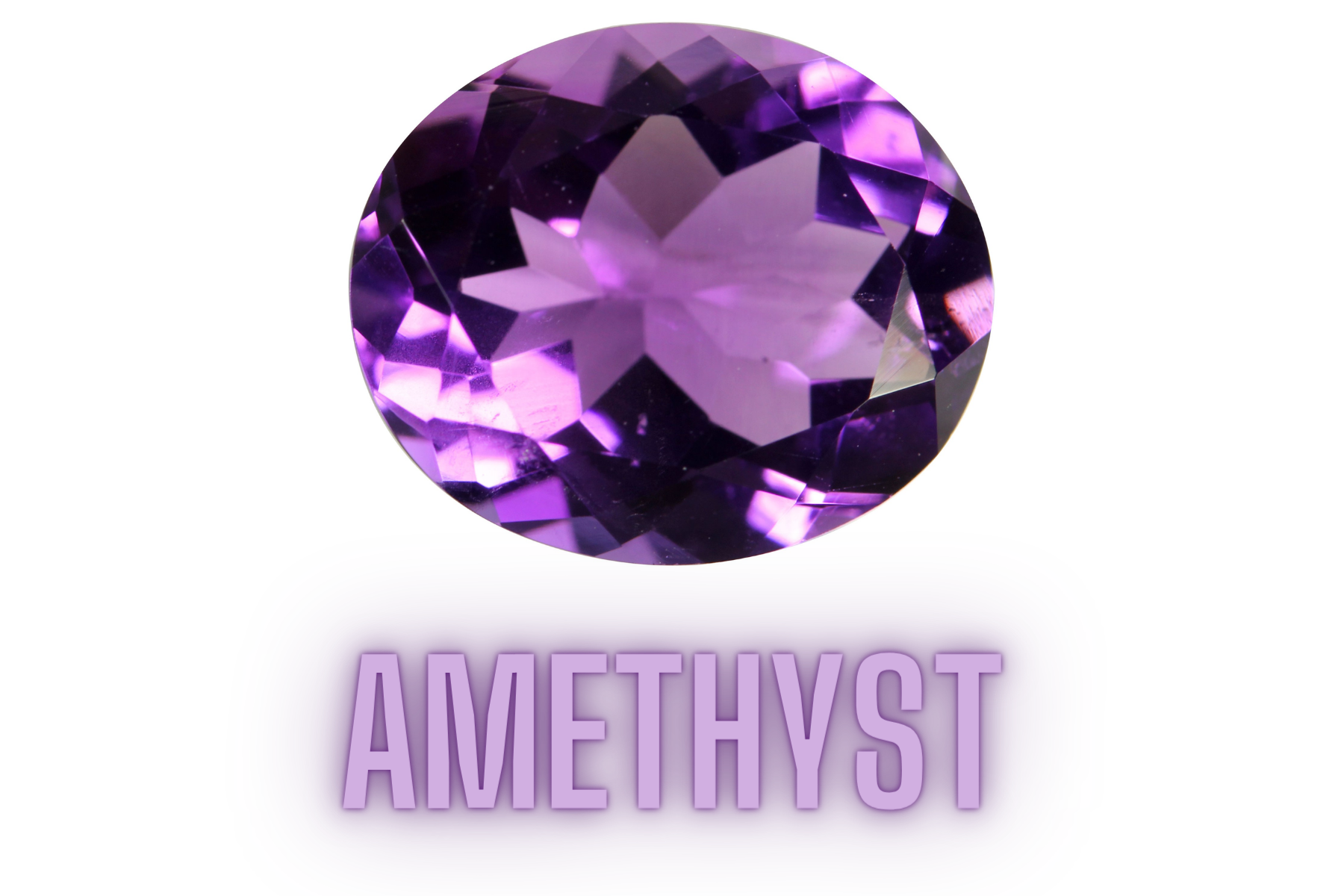 Amethyst, which may be found in a wide selection of purple colors, is usually thought to be the most well-known purple birthstone.

According to the high priest's list, it is the birth gem for September, the guardian angel birth crystal for November, and the February birthstone.

Since at least the time of Alexander the Great, historical royals have been attracted to the deep purple color of the February birthstone.

Legends around amethyst also include several claims that the gemstone had supernatural properties.

One of these legends states that the one who wore an amethyst would gain strength and intelligence.

If you were born in the month of February, wearing amethyst as a symbol of personal empowerment and inner strength may be very meaningful to you.

According to online claims, amethyst has the following physical healing properties: 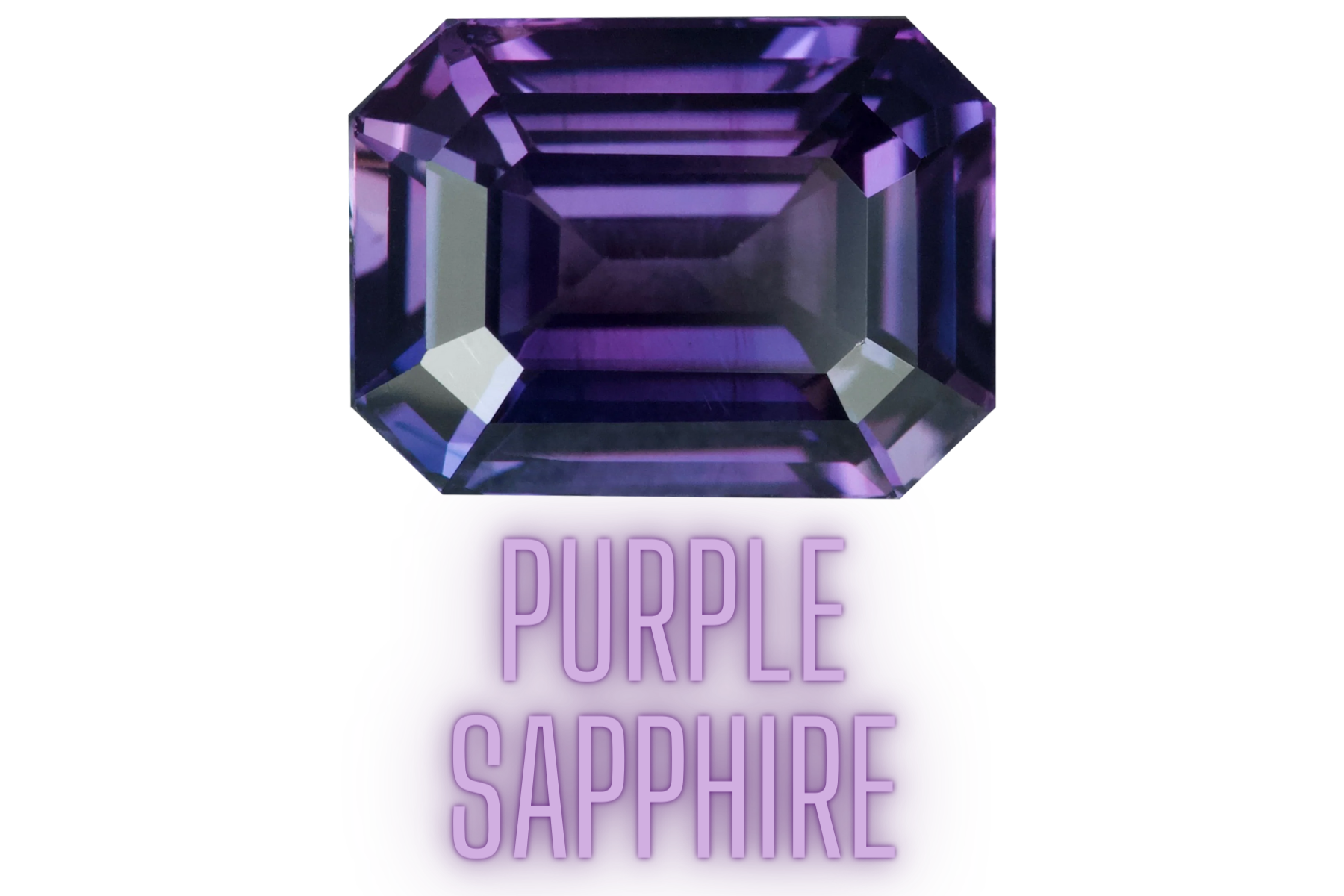 The birthstone for September is the sapphire, which has been used for generations to protect lovers.

This 'corundum' mineral, which comes in a number of colors but is best recognized for its blue to violet color range, has been used to help couples in their romantic endeavors as well as protect them from harm.

A rare gem formed from the Corundum mineral family, the Purple Sapphire Gemstone is also known as the Violet Sapphire or the Plum Sapphire.

Other names for this gem include Plum Sapphire and Violet Sapphire.

The color of these sapphire stones, which can range from bluish-purple to purplish-pink, is caused by the presence of chromium, iron, and trace amounts of titanium.

The stone is believed to have a relaxing effect, and it also has a reputation for being able to tighten veins and aid in the treatment of blood-related diseases.

Aside from these, there are still some benefits claimed.

According to online claims, purple sapphire has the following physical healing properties: 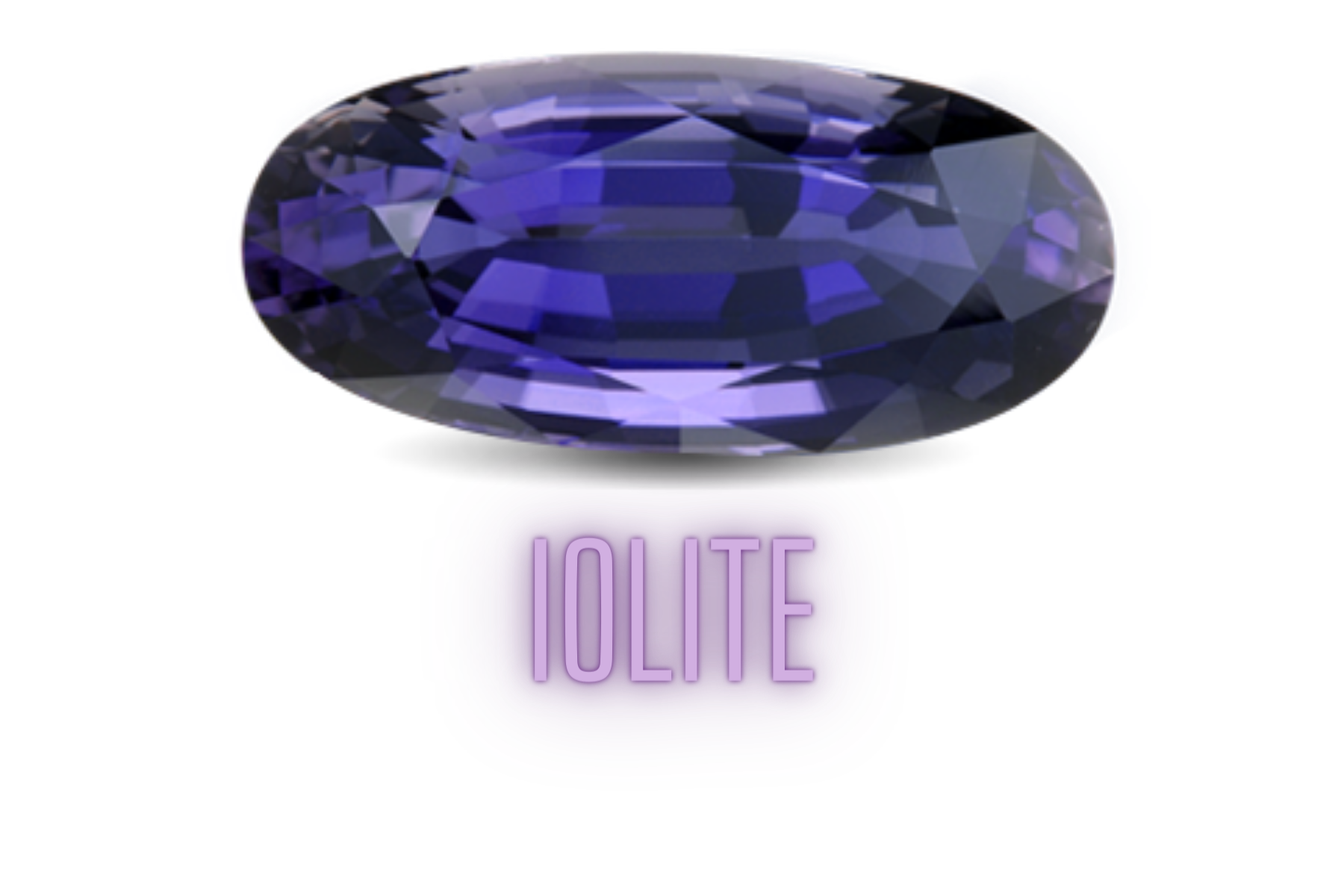 The mineral known as iolite gets its name from the Greek word for violet, which is ios.

Iolite is usually referred to as "water sapphire" because of the sapphire0like color of the mineral.

Iolite is the birthstone that is linked with September.

Iolite is a pleochroic gemstone, which means that it transmits light differently depending on the angle from which it is viewed.

It enables up the creative potential of an artist and opens the way to one's own inner self.

It is also used in the process of saving information regarding the history of any individual.

It is of great benefit in the procedure of healing the eyes.

According to online claims, iolite has the following physical healing properties: 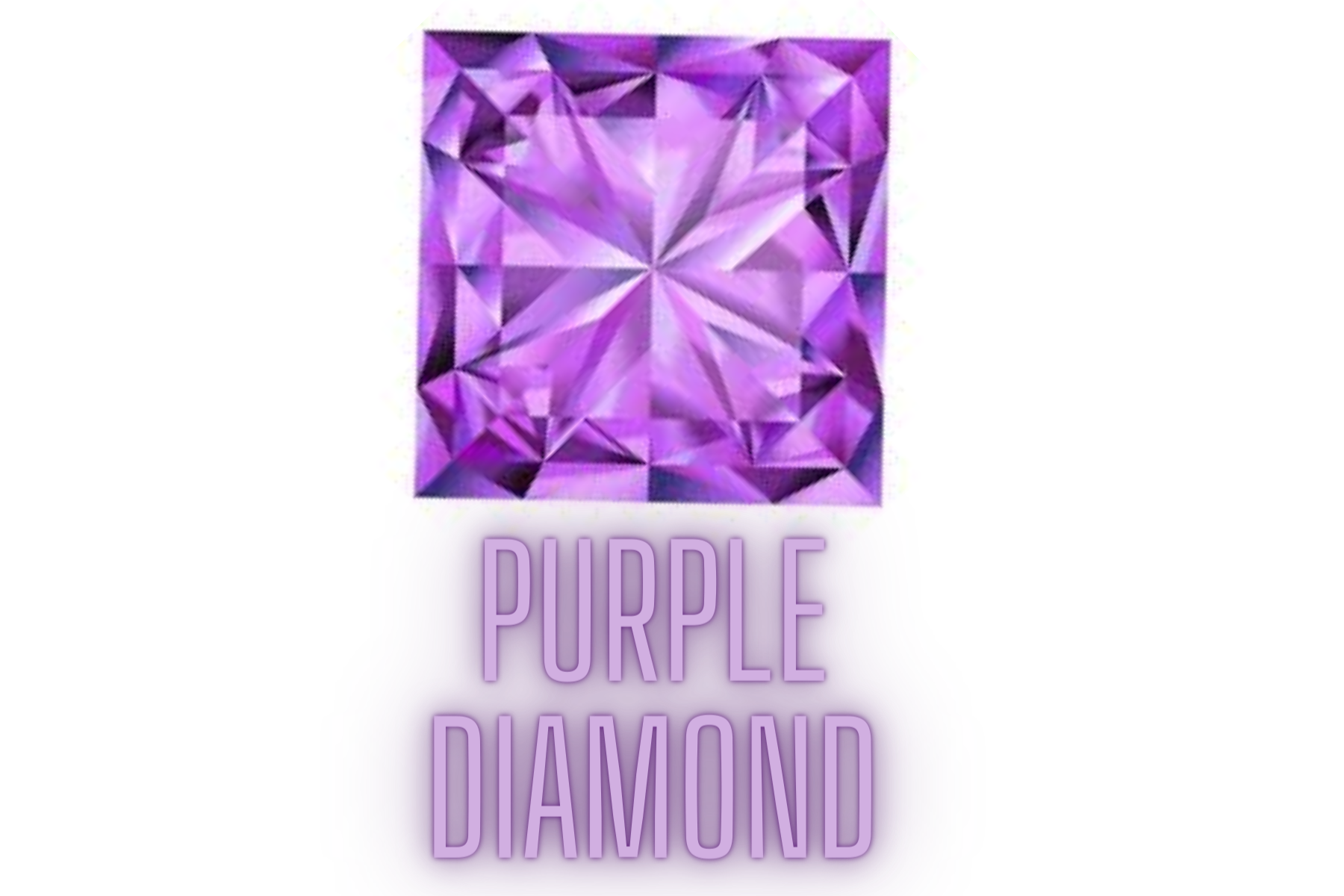 Grape diamonds, orchid diamonds, and plum diamonds are just a handful of the many names that are used to refer to natural sources of purple diamonds.

Other names, such as lilac or lavender diamonds, are given to diamonds that have a milder shade of the color purple.

There is a growing interest in purple-colored diamonds, despite the fact that found naturally purple diamonds are quite rare.

Purple diamonds are said to express pride, awareness, and spirituality all at the same time.

They are an excellent option for those who work in the fields of philosophy.

In addition, the color purple has traditionally been connected with royalty, luxury, and authority.

According to online claims, purple diamond has the following physical healing properties: 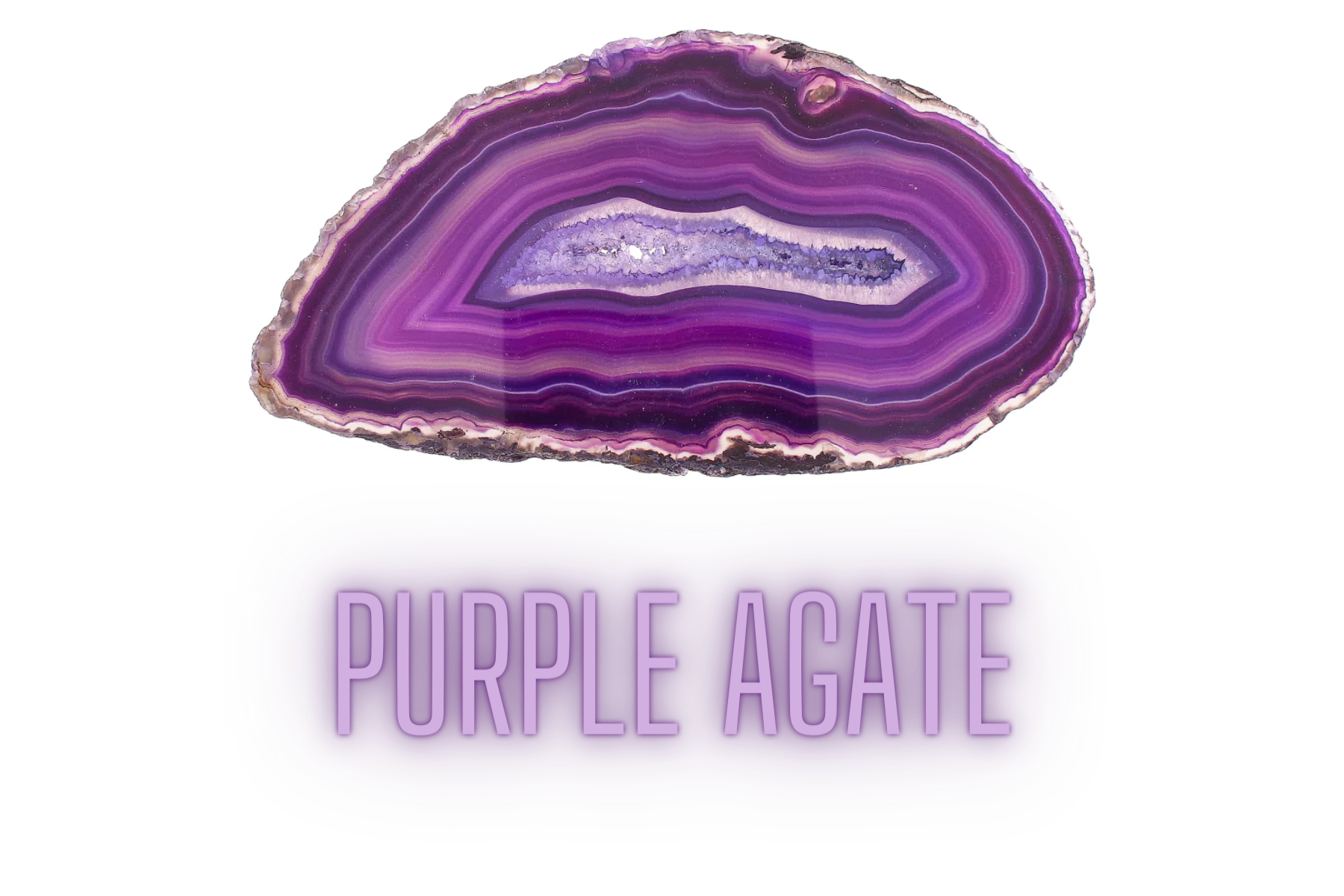 Chalcedony is the common name for the microcrystalline form of Quartz, which features the gemstone known as purple agate.

Purple agate is a type of agate that is well-known for its reputation as a stone that offers protection against harmful energies, accidental injuries, and natural calamities.

This stone is a birthstone for February.

Purple agate is said to impart a sense of safety and protection to whoever holds it, be it the owner themselves or a loved one.

In addition, the stone is helpful for meditation and developing a greater spirituality.

It is possible to make use of it to defend oneself against both physical and energy threats, such as those posed by natural disasters.

It is also possible to expand its use to other individuals, and we ought to work with it if there are other people in our lives whose safety we are concerned about.

Many benefits are claimed on this stone:

According to online claims, purple agate has the following physical healing properties:

Why Is Wearing Your Birthstone Good Luck?

The practice of placing these crystals on one's body in order to connect with the energy of the earth is believed by a large number of gem therapists.

Using jewelry with birthstones is an example of this concept.

In addition to making you feel calmer and more in control of your emotions, using them can also serve as a lucky charm.

There is a common misconception that your birthstone is the most effective lucky charm.

There is a common belief that birthstones have therapeutic qualities.

It is possible that wearing them will help in releasing barriers in the physical, mental, and spiritual stages of the process.

People think that these magical jewels have the ability to focus the healing energy of the planet on your body simply by coming into contact with them.

As a result, you will feel more relaxed and in control of things.

How Many Gemstones Can I Wear?

As per astrologers, the combination of gemstones that should be worn will be doing as by the planets that are considered favorable.

People should wear two stones at the same time if the planets that they symbolize have a productive relationship with one another.

On the other hand, if different stones represent different planets, then it is not a good idea to wear them together at the same time.

You may not put these breathtaking purple birthstones in your jewelry collection.

If you discovered that they were beautiful and beneficial for you, be sure to include them on the lists that you keep of birthstones.