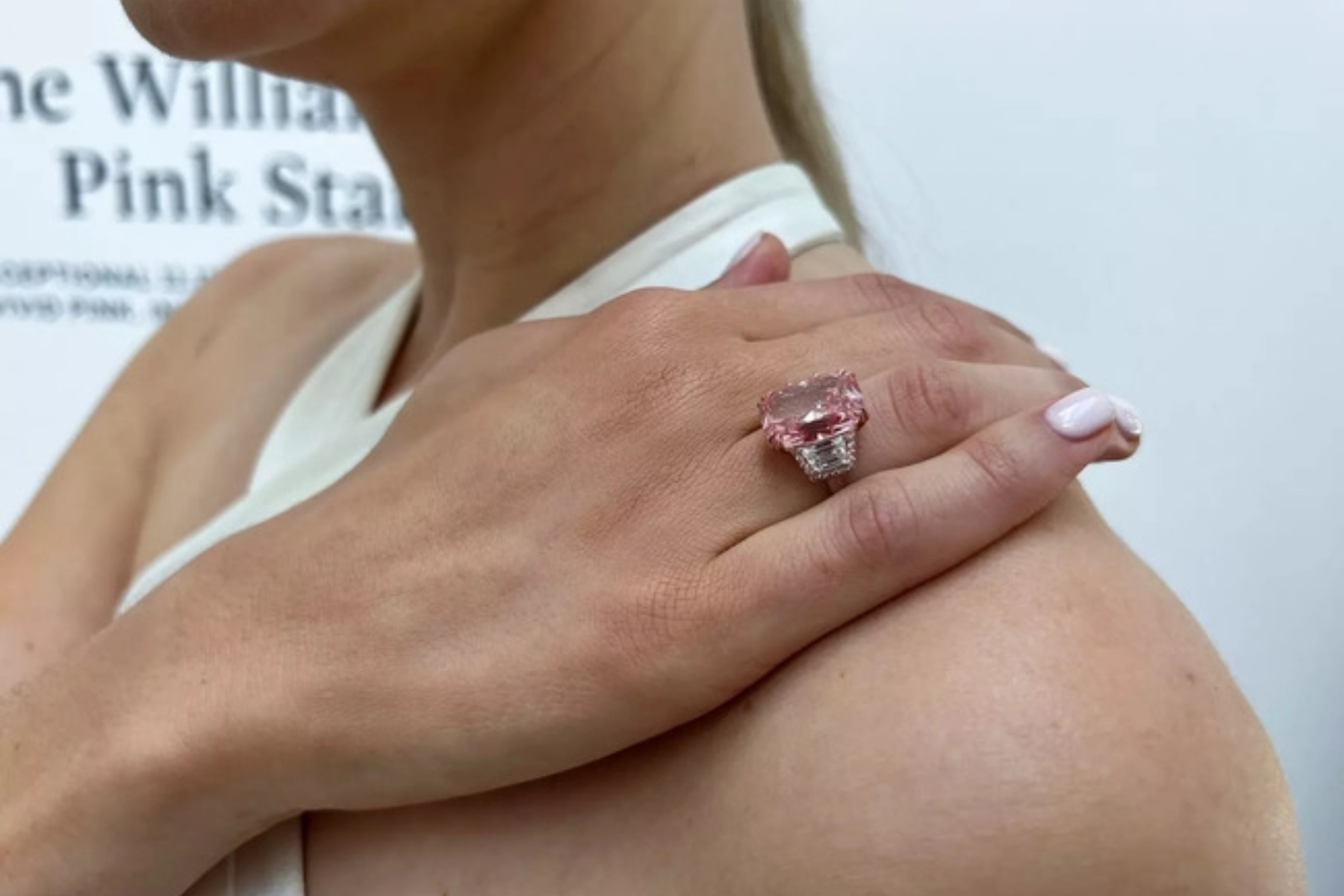 LONDON: The auction house Sotheby's said on Wednesday that one of the purest pink diamonds in the world may fetch more than $21 million at auction in London when it goes under the hammer in Hong Kong in October.

The sale will take place in October. The name "Williamson Pink Star" was given to the cushion-shaped gem that weighs 11.15 carats in order to pay homage to two other pink diamonds.

The Finest Diamonds Offered At The Same Auction

The other is known as the "Williamson stone," and it is a diamond weighing 23.60 carats that were presented to Queen Elizabeth II of Britain by Canadian geologist John Thorburn Williamson as a wedding gift.

Kristian Spofforth, the head of jewelry at Sotheby's, said to Reuters at a press preview of the auction house's upcoming sale of pink diamonds:

He continued, referring to a subgroup of the diamonds that are the most chemically pure:

You then add in the extra factors like it being over 10 carats, internally flawless, and Type IIA, and you get right down to the pinnacle.

The ultra-wealthy place a high value on colored stones of the highest quality, and Spofforth stated that he anticipated a high number of bids for the gem on October 5, when it will be put up for sale in a separate auction.

We saw over the lockdown crisis and the COVID crisis that there is always demand for the rare and the beautiful in the world, and this is something exceptionally rare that I think will have plenty of bidders on the day.

Yu added that driven by a limited supply and rising demand, prices for top-quality large pink diamonds over 5 carats have increased exponentially over the past decade, serendipitously setting the scene for the appearance now of this one-of-a-kind stone.

A tour of Dubai, Singapore, and Taipei will precede the "Williamson Pink Star's" arrival in Hong Kong for the auction, where it will be offered for sale.

According to the Gemological Institute of America (GIA):

With its unique color, considerable size, and dazzling brilliant cut, the Williamson Pink Star is both a work of nature and a work of art, establishing its place among the most fascinating colored diamonds.