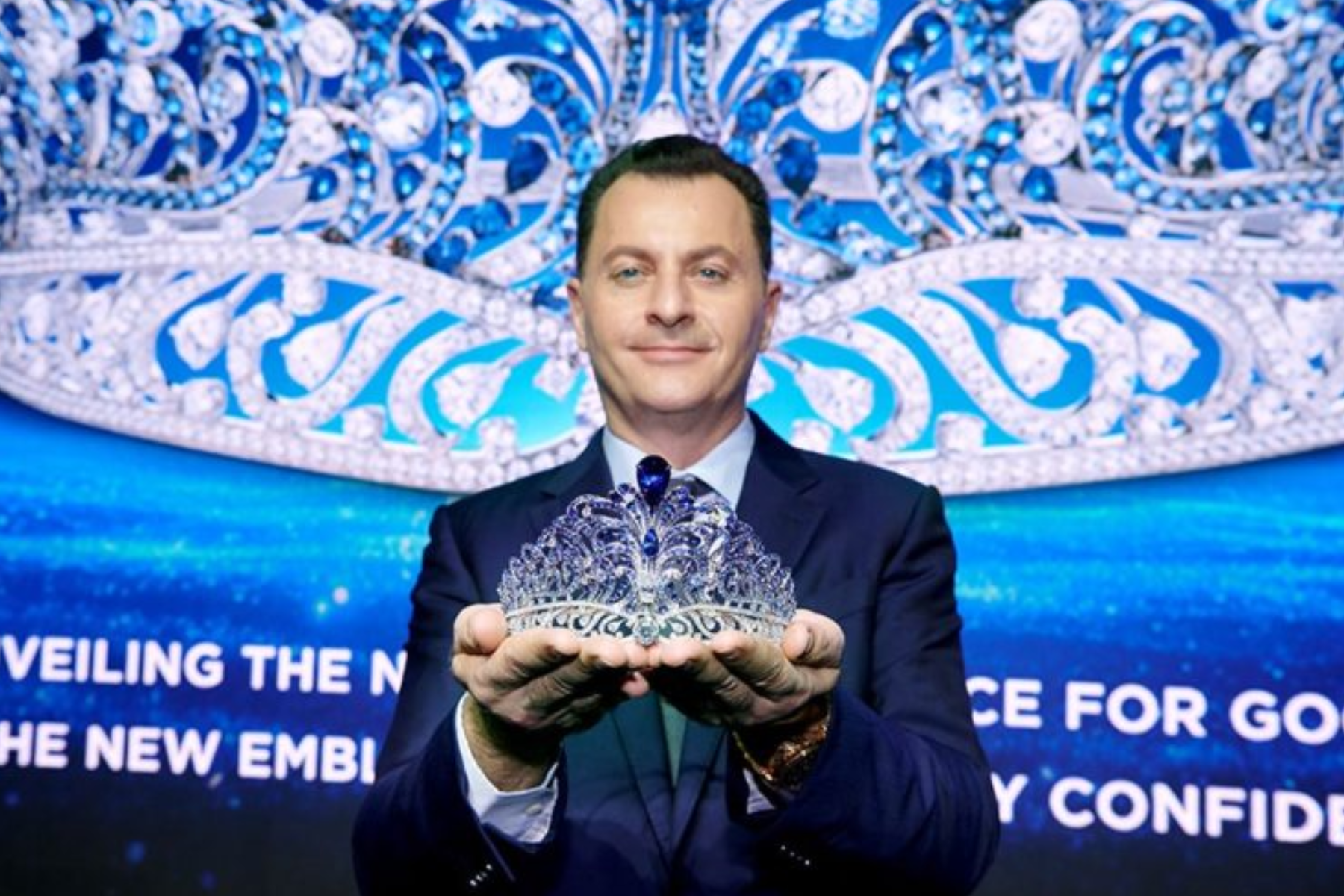 Mouawad has provided a crown for the next competition for the title of Miss Universe, which is an essential component of any beauty pageant. Mouawad’s $5.75M Miss Universe Crown is absolutely stunning!

The crown is known as the "Force for Good" crown, and in addition to the 48.12 carats of diamonds it contains, it has 108.44 carats of sapphires.

The crown's apex is ornamented with a pear-shaped sapphire that weighs 45.14 carats and is the largest of all the stones. The sapphire measures in at the crown's apex.

On Its Whole, The Pattern Is Reminiscent Of A Feather Floating In An Aigrette

The value of the property, as estimated by Mouawad, comes in at $5.75 million. 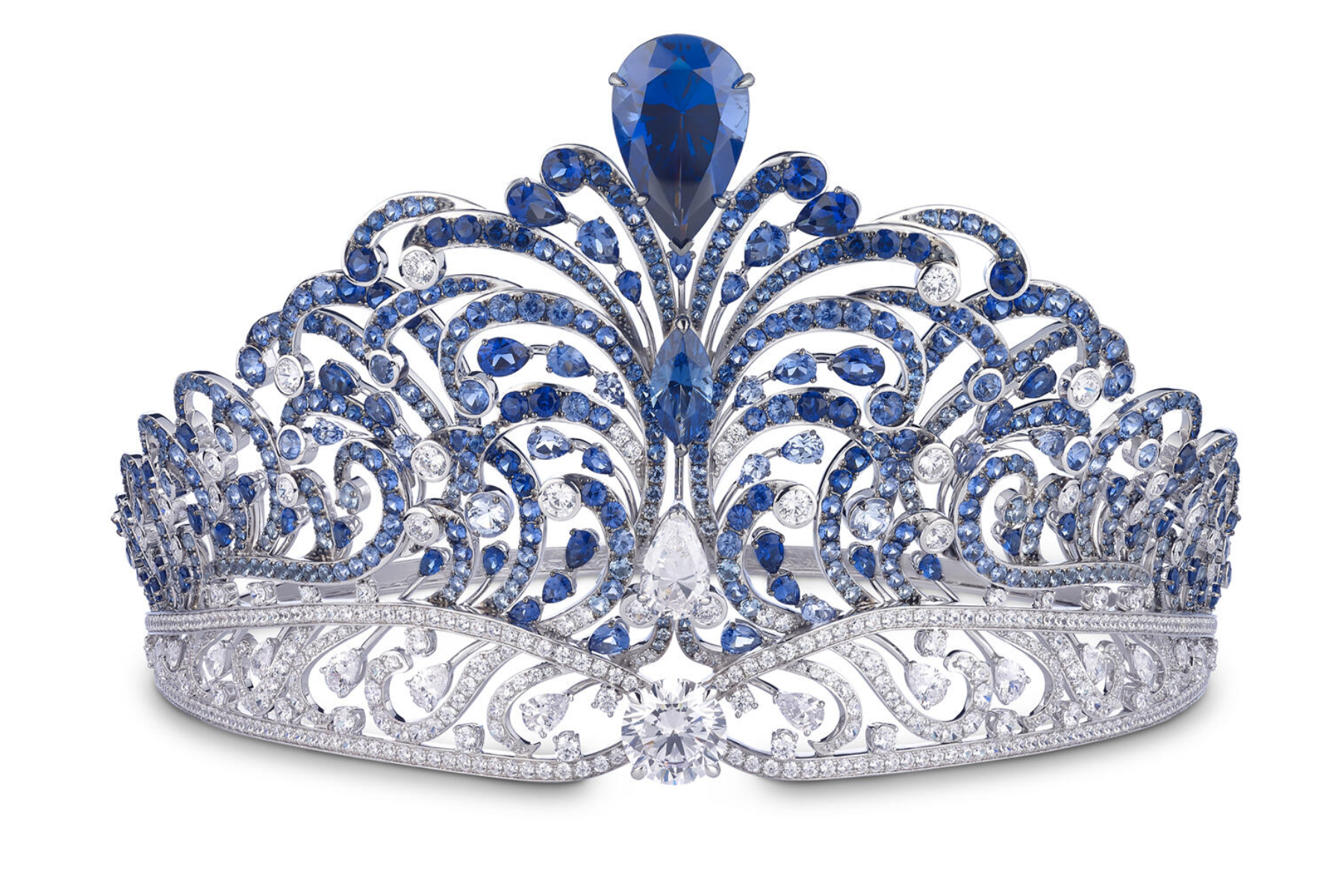 According to the explanation that was offered by the brand, the crown begins with white diamonds at the base and finally gives way to blue sapphires to depict a wave of change inside the Miss Universe organization.

This is a tribute to the fact that, as of the statement that was made the year before, the company is, for the very first time, owned by a woman.

The Thai business tycoon Anne Jakkaphong Jakrajutatip and the JKN Global Group will take the reins of the tournament in 2022, which will take place in 2023. This will be the first time that they have led the event.

Earlier, IMG Worldwide served as the proprietor of the Miss Universe organization. Before that, the organization was notably owned by Donald Trump, who had previously served as President of the United States.

2019 marked the beginning of Mouawad's involvement with the organization. Winners of the brand's competitions over the past three years have been awarded the "Power of Unity" crown.

Fred Mouawad, a member of the brand's fourth generation, told National Jeweler that the new "Force for Good" crown "evokes the Miss Universe Organization's belief in a future forged by women who push the limits of what's possible and the incredible women from around the world who advocate for positive change."

In other words, the crown symbolizes the Miss Universe Organization's belief in a future forged by women who push the boundaries of what's possible.

He described the association with Miss Universe, which will begin in 2019, as "a natural fit that leveraged our expertise and renown in crafting exceptional pieces for royalty." Specifically, he used the phrase "naturally."

The new crown was designed with the express purpose of conveying the symbolism of the organization's incoming leadership. Mouawad explained:

Reflecting the point that significant change does not happen in an instant, the base of the crown is set with diamonds symbolizing the status quo. From the base upwards, rippling wave motifs reflect the momentum of change, with their varying sizes portraying that this momentum gains ground gradually through advocacy at different moments and places, to audiences large and small, over time.

At the 71st annual Miss Universe competition, the crown will be on display for attendees to see.

Upon closer inspection, the culmination of these wave-like curls at the base emulates a serpent’s head, symbolizing the challenges involved in swaying opponents and those with a vested interest in maintaining the status quo.

As one climbs higher from the bottom of the crown, the color gradient shifts from the brilliant white of diamonds to the cozy blue of sapphires, and it becomes more intense as one approaches the very top of the crown.

At the top, a stunning pear-shaped 45.14-carat sapphire displays a depth of color emblematic of the goodness that can be achieved through persistent action and of the hope for a brighter future.

The wave motifs also mimic the theme of stage design for the 71st MISS UNIVERSE® competition that accentuates water as a key element.

While symbolizing the flow of life which can encompass strength and resistance, water inspires activation of energy that turns pain into power, as well as serves as a teaser for the upcoming launch of MISS UNIVERSE Mineral Water, the first Miss Universe-branded product, in the first quarter of 2023.