Here Are Five Most Beautiful Birthstones You Should Consider Wearing 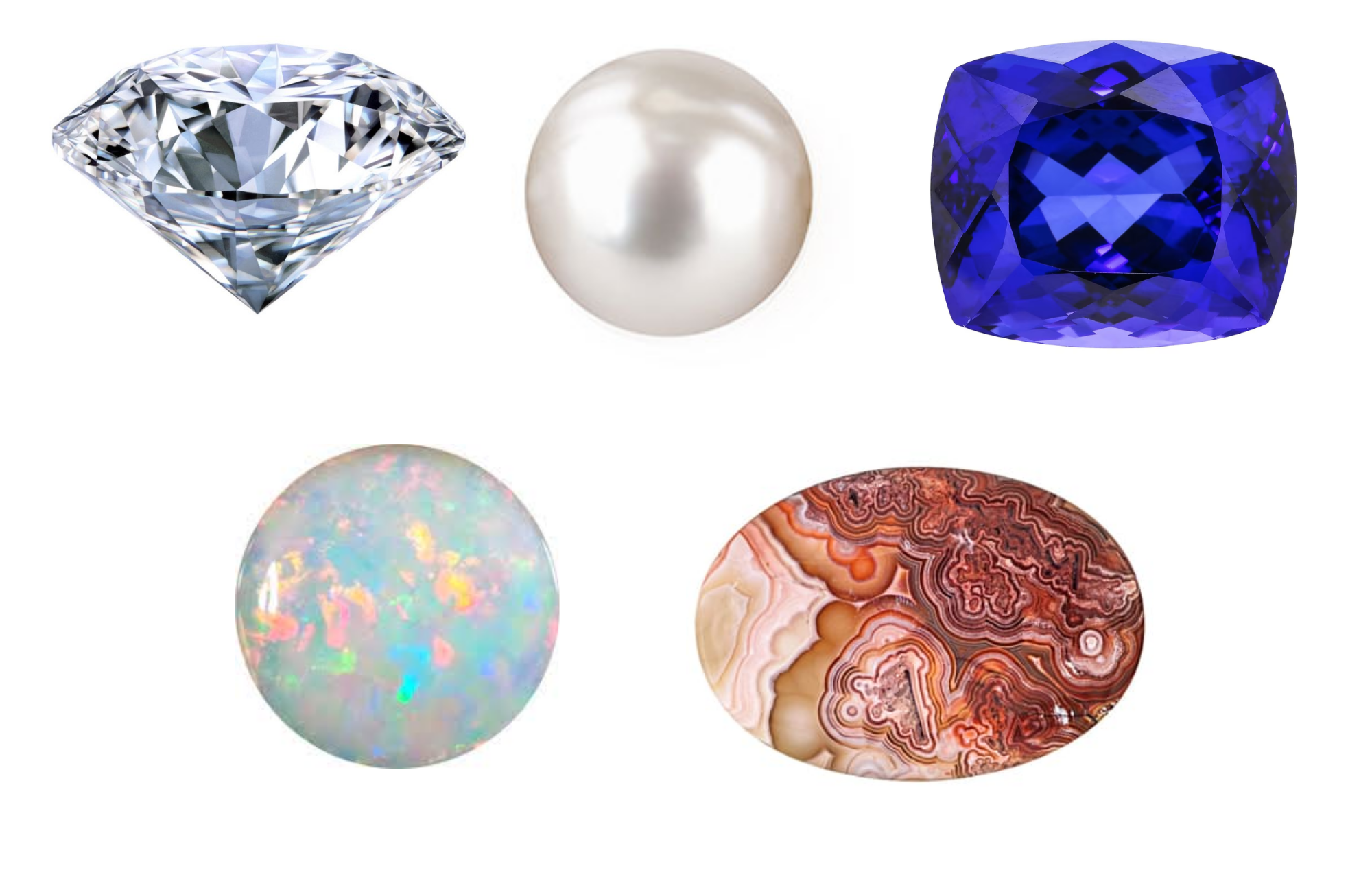 It's not just the luxurious things that humans create that display beauty; beauty can also be found in nature, like gemstones.

You can tell that the beauty of a gemstone comes from its natural state by the fact that it contains features that cannot be created by human hands. Gemstones are incredibly stunning!

In addition, due to the natural beauty of these gems, people have been using them as birthstones ever since the Middle Ages, and this concept is still carried on in modern times.

However, due to the fact that we will not be able to cover all of them, this post will only focus on presenting the most beautiful birthstones.

But before we get into it, let's talk about the history of birthstones and the reasons why they've become so well-known.

The True History Of Birthstones

Researchers believe that the Breastplate of Aaron, which is mentioned in the book of Exodus in the Bible, is where the tradition of using birthstones originated.

The Breastplate was decorated with twelve one-of-kind gemstones, each of which stood in for one of Israel's twelve tribes.

It was a piece of religious clothing that carried specific symbolism relating to the various tribes.

The diamond is one of the most beautiful birthstones among others and is the traditional birthstone for April and carries significant meaning for those born in the month of April.

It is believed that wearing a diamond will provide the wearer with improved relationships as well as an increase in one's own inner strength.

The wearing of diamonds is said to bring additional benefits such as equilibrium, clarity, and abundance to the wearer.

As common knowledge has it, diamonds are a woman's best friend and are also among the leading candidates for the title of most beautiful gems not only for their hardness (perfect 10 on the Mohs scale) but also for brilliantly showing all the colors of the rainbow in every possible combination.

But if you can't afford it, there's a way. If you want an alternative to diamonds but don't want to sacrifice the glitter that diamonds are known for, moissanite is your best pick.

The refractive index of moissanite ranges from 2.65 to 2.69, which places it higher than that of a diamond. These stones shine with a flaming and rainbow-like brilliance, which gives them an exceptional sparkle.

Consider this as well: One of the stones that are used the most frequently to provide the appearance of a real diamond is called cubic zirconia, which is also shortened as CZ.

Because of the low cost, which is a mere fraction of what a genuine diamond would cost, it has gained a lot of appeal in recent years.

Pearls are the most traditional and time-honored June birthstone. They have a feminine and romantic feel to them and can dress up any outfit.

Their mythological history is extensive, with claims that they are made from mermaid and angel tears.

Pearls are even said to be moon fragments that have fallen into the sea.

Pearl is without a doubt the most adorable of all the birthstones. It is not a stone that is considered to be classic, and it can be found in softer color tones than other birthstones, it also has a stunning look as a piece of jewelry.

The stunning tanzanite is the gem that represents the month of December, and it is so rare that it can only be found in one location on the planet.

Because of the one-of-a-kind circumstances under which it forms, tanzanite is an even more exclusive gemstone than diamonds.

Because of these icy tones, tanzanite is an ideal gemstone for the month of December.

This stone is gorgeous and unusual! The colors of the rainbow are quite lovely.

In others' opinion, it is a very beautiful gemstone. The way that it sparkles when the light hits it is really gorgeous.

Opal is a particularly special gemstone that may exhibit a variety of colors inside a single stone and glitters when you move it around in your hand.

Many people are captivated by this gem, and with good reason, they think it is the most beautiful birthstone.

In the days of the ancient Romans and Greeks, agate was considered to be the gemstone associated with the month of May.

This was back in the days when birthstones were more commonly associated with the astrological sign rather than the calendar month.

Agates are a type of chalcedony that can be found in practically every color and frequently exhibit banding, striping, or spotting patterns.

Agate is known for having designs that are both colorful and completely bizarre, which will blow your mind. Is the birthstone known as agate the most stunning of all? To be fair, a lot of people have that opinion.

Always Use Your Birthstone

First and foremost, you need to make sure that your birthstone is durable enough to be worn on a daily basis.

The Moh's scale of hardness can help you determine whether or not your gemstone meets this need.

Is It Good Luck To Wear Your Birthstone?

The practice of placing these crystals on one's body in order to connect with the energy of the earth is believed by a significant number of gem therapists. Using jewelry with birthstones is an example of this concept. In addition to making you feel calmer and more in control of your emotions, using them can also serve as a lucky charm. There is a common misconception that your birthstone is the most effective lucky charm.

Can You Wear A Stone That Is Not Your Birthstone?

The opal is the traditional birthstone for people who were born in the month of October. It's possible that more than any other gemstone, the opal is shrouded in lore and mystery. It is said that wearing an opal brings ill luck, and this is said to be even more true if it is not your birthstone. This is one of the most popular myths surrounding opal.

There is a common belief that birthstones possess therapeutic qualities. It is possible that donning them will assist in releasing barriers in the physical, mental, and spiritual stages of the process. People think that these magical jewels have the ability to focus the healing energy of the planet on your body simply by coming into contact with them. As a result, you will feel more at ease and in control of the situation.

You are now aware that it is nearly difficult to choose the most beautiful birthstone that will appeal to the preferences of each and every person; yet, you are free to choose your personal favorite!

There are a lot of lovely gems, and the author of this article is so sure that one of them is designed specifically for you!