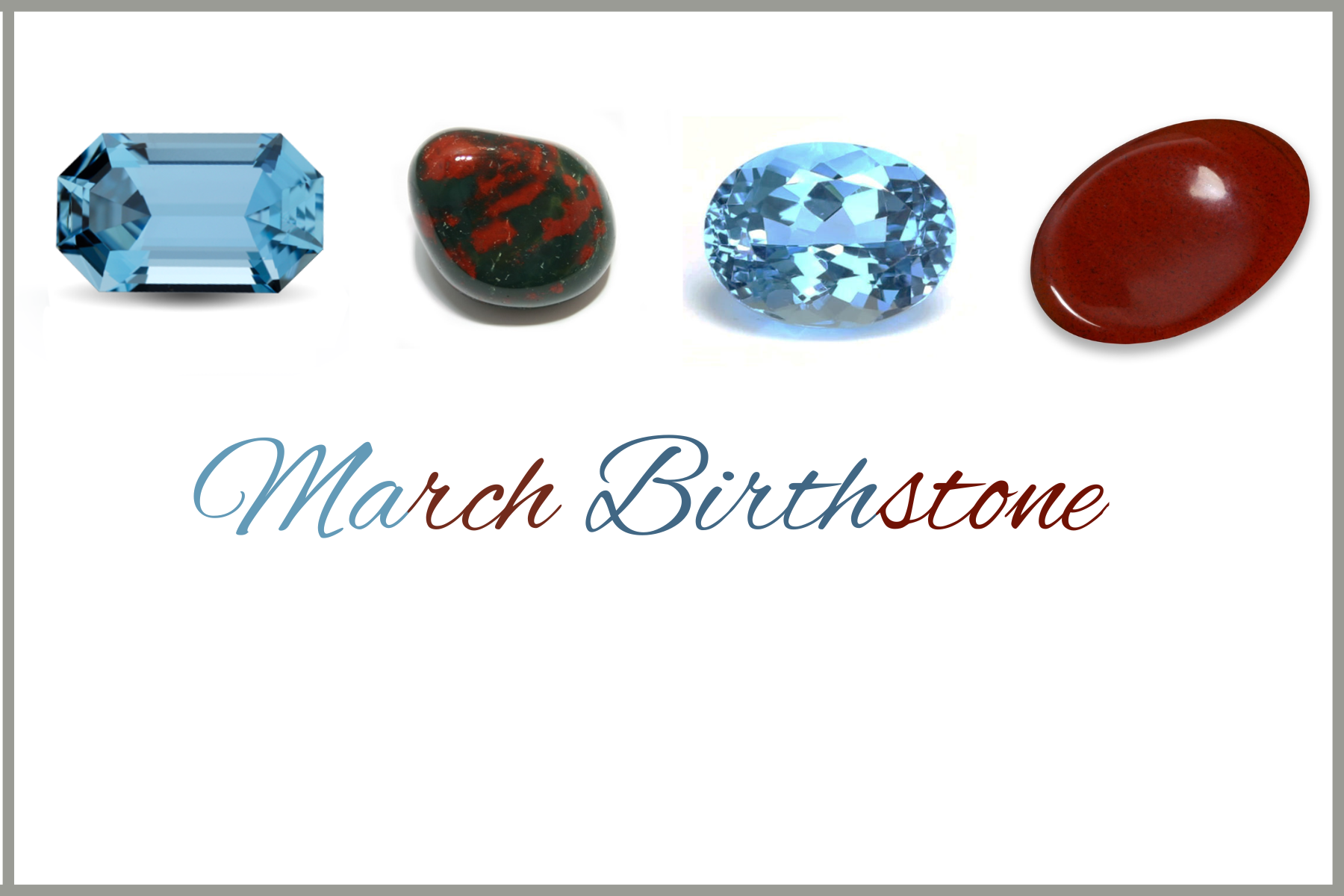 Birthstones are usually interesting topics of conversation, and they are also an excellent method to locate people who were born in the same month as you.

As per legend, each month is associated with a particular type of stone that has a unique set of characteristics. The wonderful thing about March, as is the case with many other months, is that one can select from a number of different wonderful jewels.

What Does The Month Of March Symbolize?

All about March birthstone in English by Umiraza Gems

Mars, the Roman god of war, is the name of the March. But we think of March as the start of spring because it is the month of the vernal equinox, the Full Worm Moon, and the return of Daylight Saving Time.

Here are some important dates, tips for gardening, and early spring recipes to help you welcome spring.

People born in March think that their birthstone stands for hope, renewal, and a fresh start. The earth and water elements are linked to these stones, which come in many different colors.

The Birthstones For March 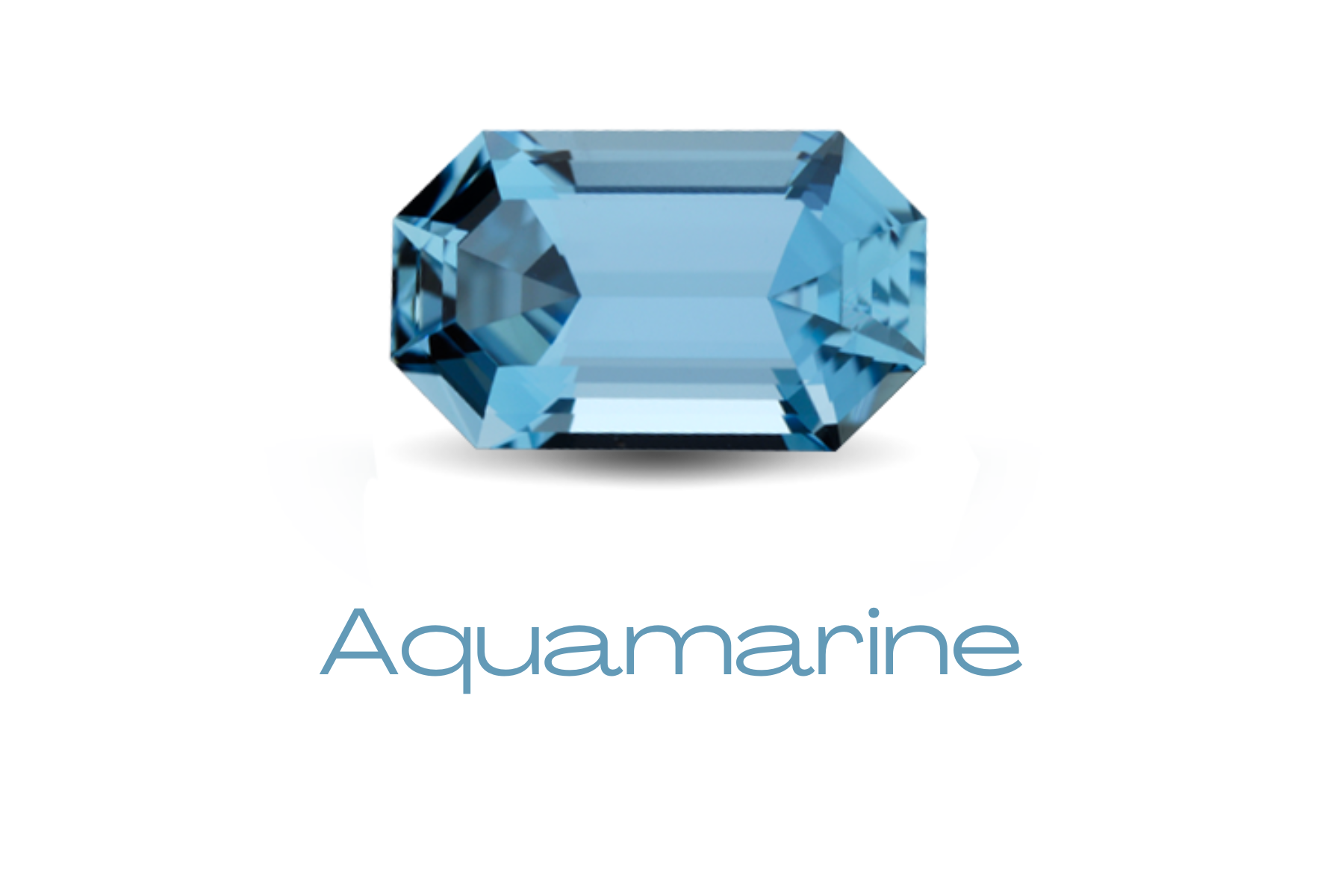 The month of March's birthstone is aquamarine. Its name comes from the Latin word for "seawater." which both refers to the blue-green color of its appearance and connects to its ancient mythology around the ocean.

Ancient mariners believed that the gem could calm waves and keep sailors safe while they were out at sea. The name aquamarine derives from the Latin word for seawater (aqua).

In addition, it was believed that wearing this March birthstone would lead to a happy marriage. The 19th wedding anniversary is linked with the aquamarine gem. Aquamarine is a gemstone that is worn by people whose zodiac signs are Capricorn, Aquarius, or Aries.

Saturn is the planet that is associated with this gemstone. Gemini, Virgo, and Taurus are the three additional ascendants that work well.

Is the aquamarine birthstone rare?

Fine aquamarine is hard to find and costs a lot. Aquamarine is not likely to be in large, brightly colored gems that sell for less than $100. 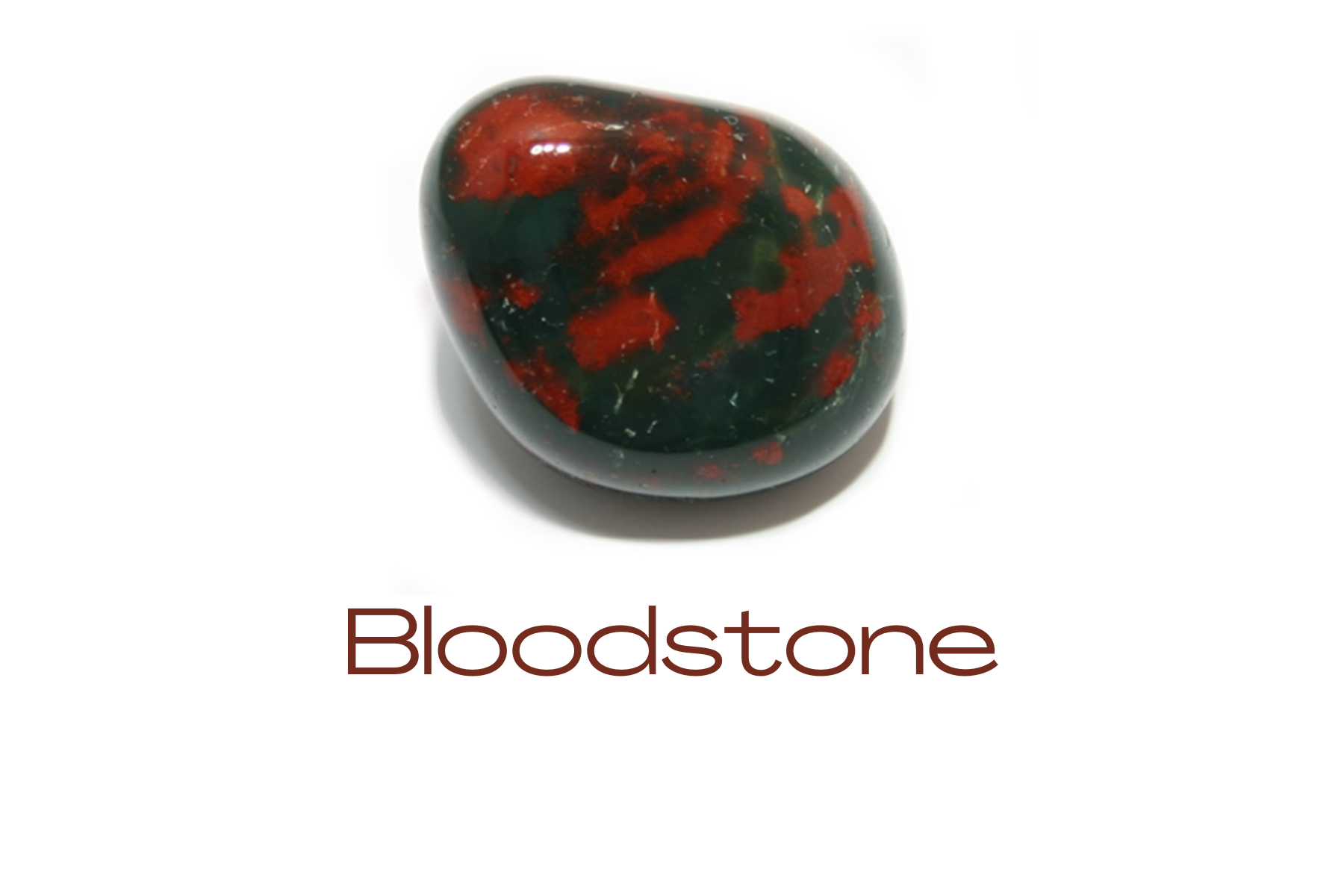 Bloodstone is the second gemstone linked with the month of March. It is a dark green gemstone that is spotted with bright crimson patches of iron oxide.

This precious stone can be found in its natural state in rocks or as pebbles in riverbeds; the principal locations of its formation are India, Brazil, and Australia. The zodiac sign of Aries is usually linked with the bloodstone, making it one of the birthstones for this sign.

It makes the heart stronger and lets the right amount of energy flow through the heart chakra. Bloodstone is a stone of courage, and it helps bring love and friendships back to life. Bloodstones can get rid of scattered thoughts so that you are ready to meditate.

What is a bloodstone worth?

Good pieces of bloodstone have recently sold for more than $10,000, and others have sold for much more than that. If you want to sell bloodstones or jewelry made from bloodstones, you'll be amazed by the offers you get. 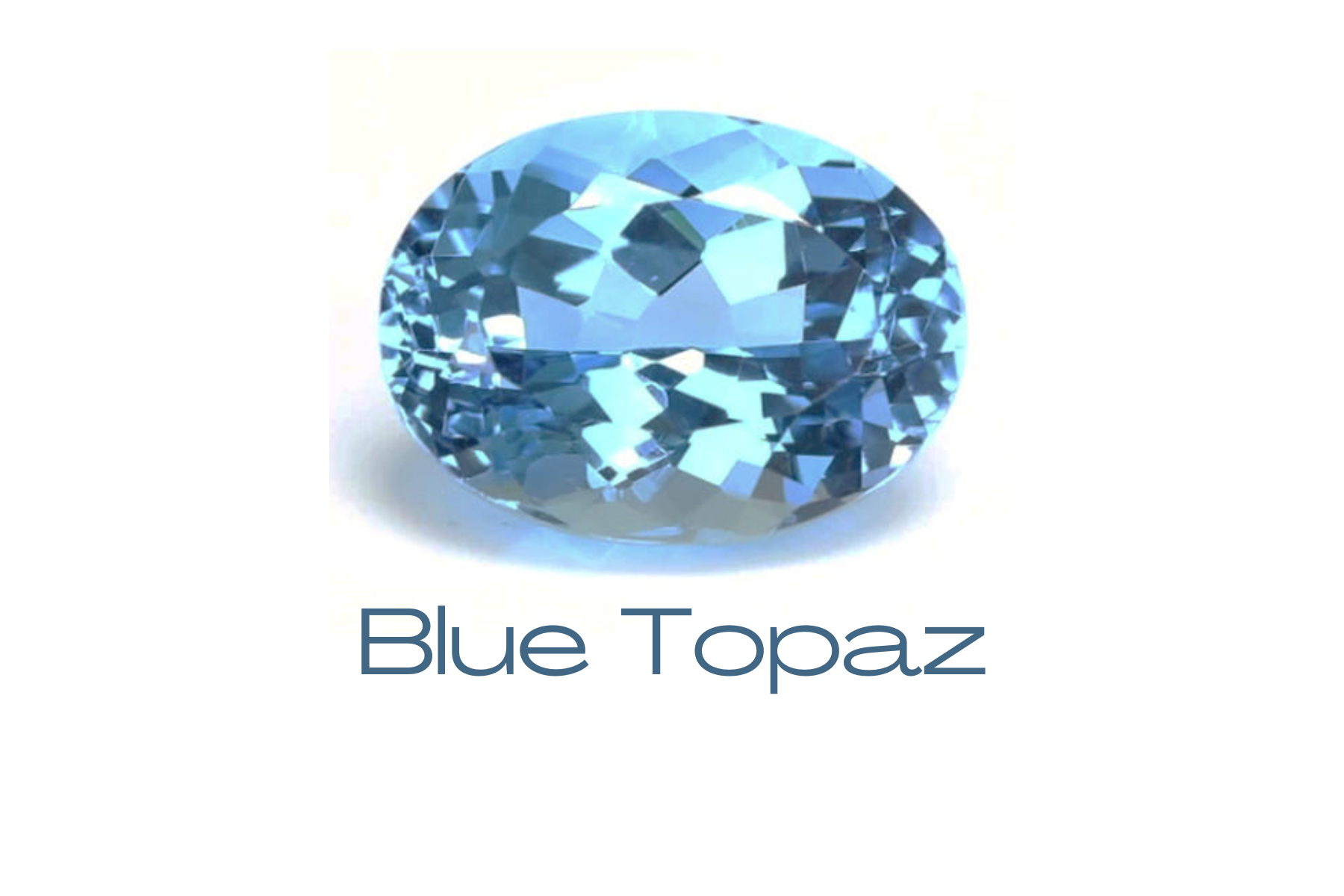 Is it acceptable to use blue topaz as the March birthstone? Also, the ever-beautiful Sky Blue Topaz gem is featured in the month of March.

People who wear blue topaz should expect improvements in their ability to communicate and express themselves. Therefore, it is recommended for individuals who struggle with properly expressing their opinions.

People often wear blue around their necks because it is both a relaxing color and the color linked with the throat chakra. Topaz in general, and blue topaz in particular, is thought to encourage honesty and forgiveness, so calming not just the body but also the mind.

Those who meditate regularly extol its virtues as a wonderful stone that helps them tune in to their more evolved selves.

What are the benefits of blue topaz? 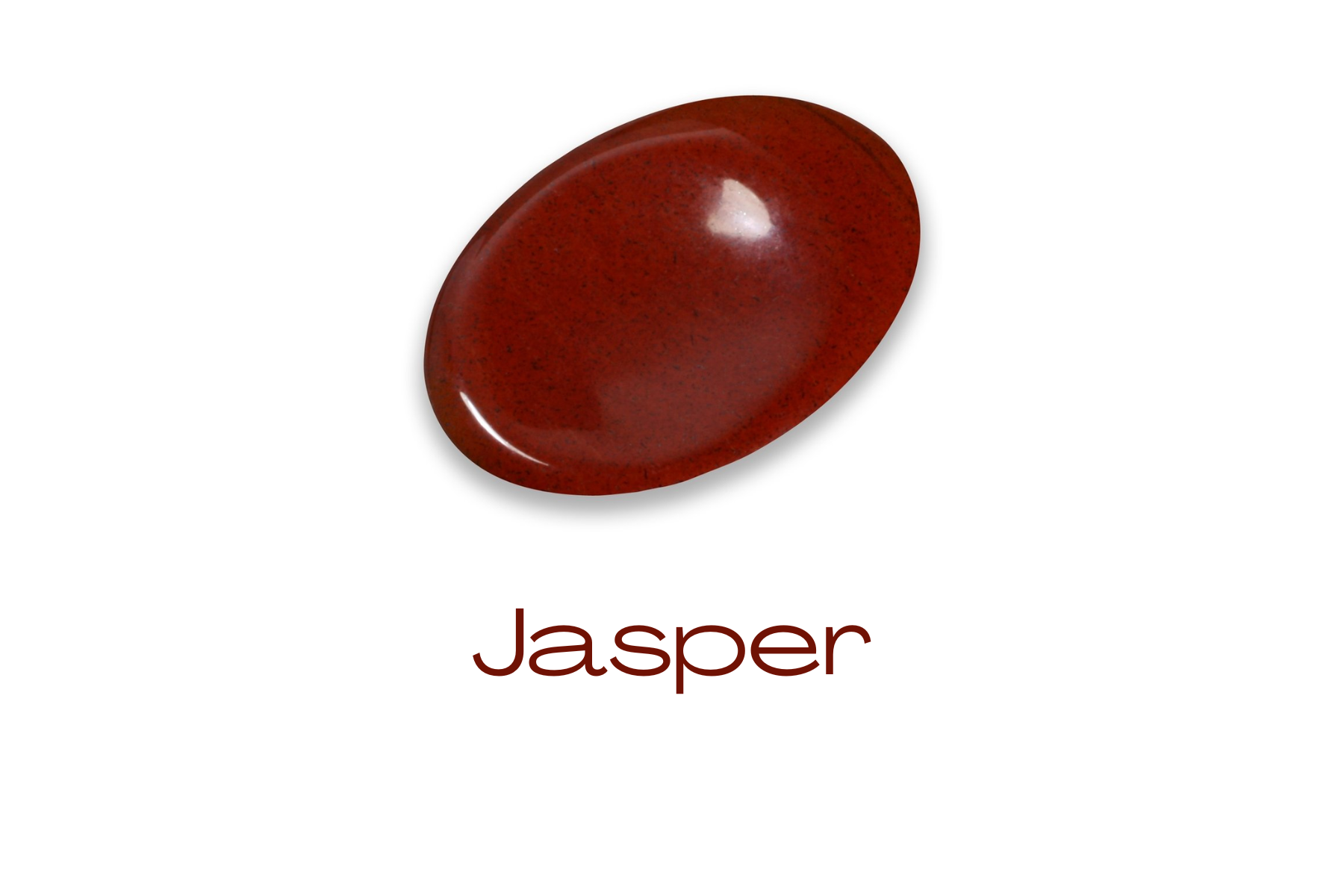 Before jasper became associated with the month of March in these ancient calendars, it was the planetary stone for the sign of Aries, which has a part of its astrological year that overlaps with March.

When it comes to selecting a birthstone, it's hard to imagine a more fitting jewel than one that's been given the nickname "Supreme Nurturer." The primary way in which this stone guards our mental health is by bringing yin and yang into harmony with one another.

When yin and yang are in harmony, a person experiences calm and is better equipped to deal with demanding situations.

Who should not wear Red Jasper?

People who wear diamonds and blue sapphires shouldn't wear this red jasper stone. It might not work for them.

Is Aquamarine Or Bloodstone More Expensive?

When compared to other variants of the same type of gemstone, bloodstones have a price that is significantly lower. Additionally, it can be purchased for a lower price than the traditional aquamarine stones that are used to represent the month of March.

The value of a bloodstone is primarily determined by its color as well as the number of dark spots that are present within the dark green stone.

Is Aquamarine The Only Birthstone For March?

What Does It Mean If Someone Gives You Aquamarine?

Because of this power, it is an ideal stone to present to someone on an anniversary. It is said to help in the maintenance of balance and order, as well as being known as the "stone of courage" and "the stone of readiness."

Aquamarine is frequently worn as a "good luck" stone because it is said to bring the person who wears it emotions of calm, love, joy, and overall happiness.

Aquamarine, which is the March birthstone, is a beautiful gemstone with shades of blue that look just like those in nature.

March is a special month because the two stones linked with it are so different in almost every way.