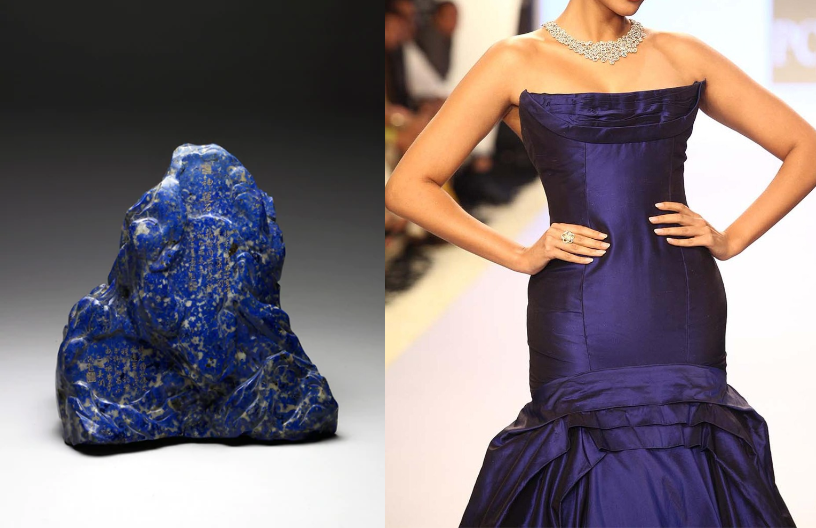 Lapis lazuli and celebrities - Lapis lazuli is a gem that people believe will give them wisdom and keep them safe. People often think of the sky, the stars, and the night when they see this stone. It is also thought that ancient Egyptians used it as a paint color.

But now, it is not just used for those purposes; it is also one of the stones that many famous celebrities are using and believe in what this stone can bring to them.

What Is Lapis Lazuli?

Lapis lazuli's signature color is a slightly greenish blue to violetish blue that is medium to dark in tone and very saturated. It has been called indigo, royal, midnight, or marine blue. In its most valuable form, lapis lazuli doesn't have any calcite that you can see, but it might have flecks of gold-colored pyrite.

Why Are Celebrities Obsessed With The Sparkle Of Lapis Lazuli?

Celebrities aren't the only ones who are obsessed with the gleaming blue color of Lapis Lazuli. For centuries, it has been used in different forms of art and design.

Lapis Lazuli, a blue gemstone discovered in Afghanistan, is revered as a stone of wisdom, prosperity, and protection. It is said to have healing properties and can be used to relax the mind.

This stone has been used as an ointment for wounds and an eye treatment by mummification priests since ancient Egypt. It was also thought to ward off evil spirits by the Egyptians.

And for these reasons, celebrities are trying to figure out how true are these. And now, some of them own a lapis lazuli stone.

It is now a gem that is mostly used to make jewelry. It has been used before because of its color, clarity, and ability to let light through. But it is also known for its metaphysical properties, such as its ability to improve intuition and bring peace of mind.

Celebrities Who Are Obsessed With Lapis Lazuli 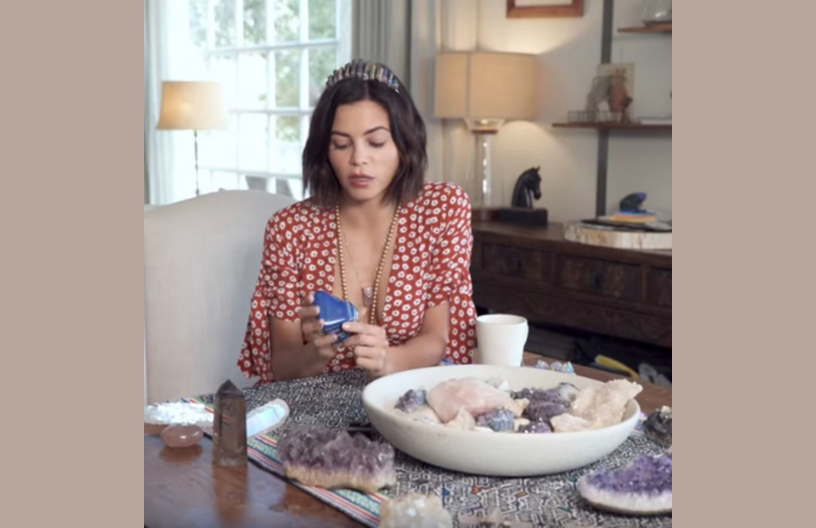 Jenna Dewan said in a YouTube video from August 2018 that she has "like 200 crystals" at home like it's no big deal. According to Jenna Dewan, they help them to:

Stay connected to the Earth, our universe, and just nature in general.

Who are her favorites? She uses rose quartz to help her love herself (she likes to take a bath with the stone, some sea salt, and some oils), lapis lazuli to help her talk to people (like at meetings and auditions), and smoky quartz to keep her safe (especially when she's traveling). 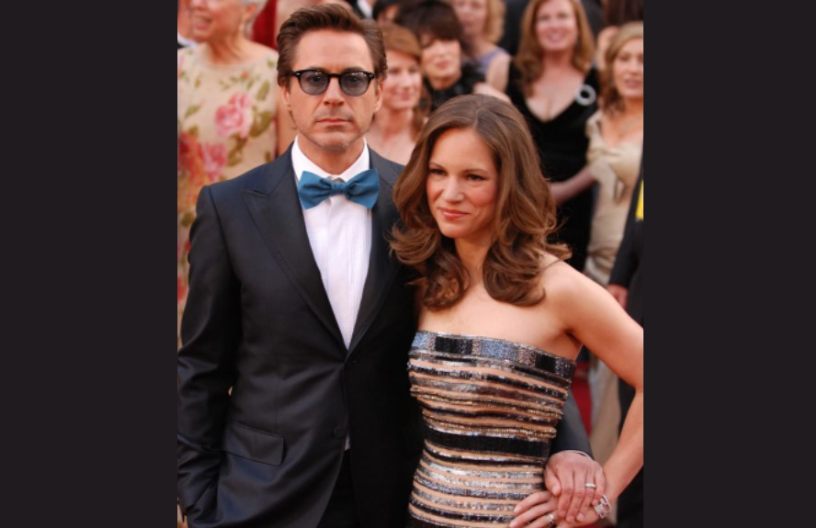 Robert Downey Jr. attends an event with his wife

Robert Downey Jr. is known to bring not only crystals but also a Spiritual Guru with him to filming sets to carry his favorite crystals. Downey says that crystals have helped him make up for the wrong things he did to his body when he used drugs. He also says that crystals work because his wife wore lapis lazuli while she was pregnant.

According to his co-worker and partner in Iron Man, Gweneth Paltrow:

He's always laying crystals around... testing the vibes and with all his witch doctors and taking vitamins and stuff.

Due to its beautiful color and scarcity, demand for this gem has been going up. Because it is hard and easy to polish, this gemstone is often used to make jewelry or other decorative items. As we see, even celebrities are using it for the same purposes.

Lapis Lazuli's popularity has grown over time because of its deep blue color and the fact that it has been used as a decoration by royalty from ancient times to the present day.

What Is Lapis Lazuli Known For?

Lapis lazuli has been used for thousands of years and is still popular today. This gem has been highly valued for its bright blue color and has been used for inlay, intarsia, and as a colorant in cosmetics and paintings. It's hard to turn away from the contrast and beauty of it. Today, most of it is made into jewelry.

You can tell that a fake Lapis Lazuli is made of plastic if you hold it and tap it on your teeth. Plastics will feel almost "warm" (not cold like glass or gemstones) and will make a dull, quiet "clink" when gently tapped against your teeth (whereas gemstones and glass make a cold, hard, higher-pitched "clink" on the teeth).

The unique look of lapis lazuli comes from this beautiful mix of different textures. You can find lapis lazuli with limestone or as separate rocks.

How Do You Pronounce Lapis Stone?

Note that I said "academically more correct," because once a common way of pronouncing a word gets out into the world, it is considered "correct," even if it isn't. This word isn't going to start a war, but when I'm asked how to say it, I like to give a good reason for why I say it one way instead of another. Most people won't care either way, but the background is helpful for those who are interested in this kind of thing.

Can Lapis Lazuli Be Faked?

Apis Lazuli is now one of the gemstones that are most often faked. Because of this, it is very important for people to learn how to tell real Lapis Lazuli from the many fake stones that are out there. In recent years, it has become easier and easier to make lapis lazuli.

Lapis Lazuli has something in common with us. It also has a history that makes it even better and useable. Lapis Lazuli is used by celebrities because they believe that it can give them something more than they could ever imagine!