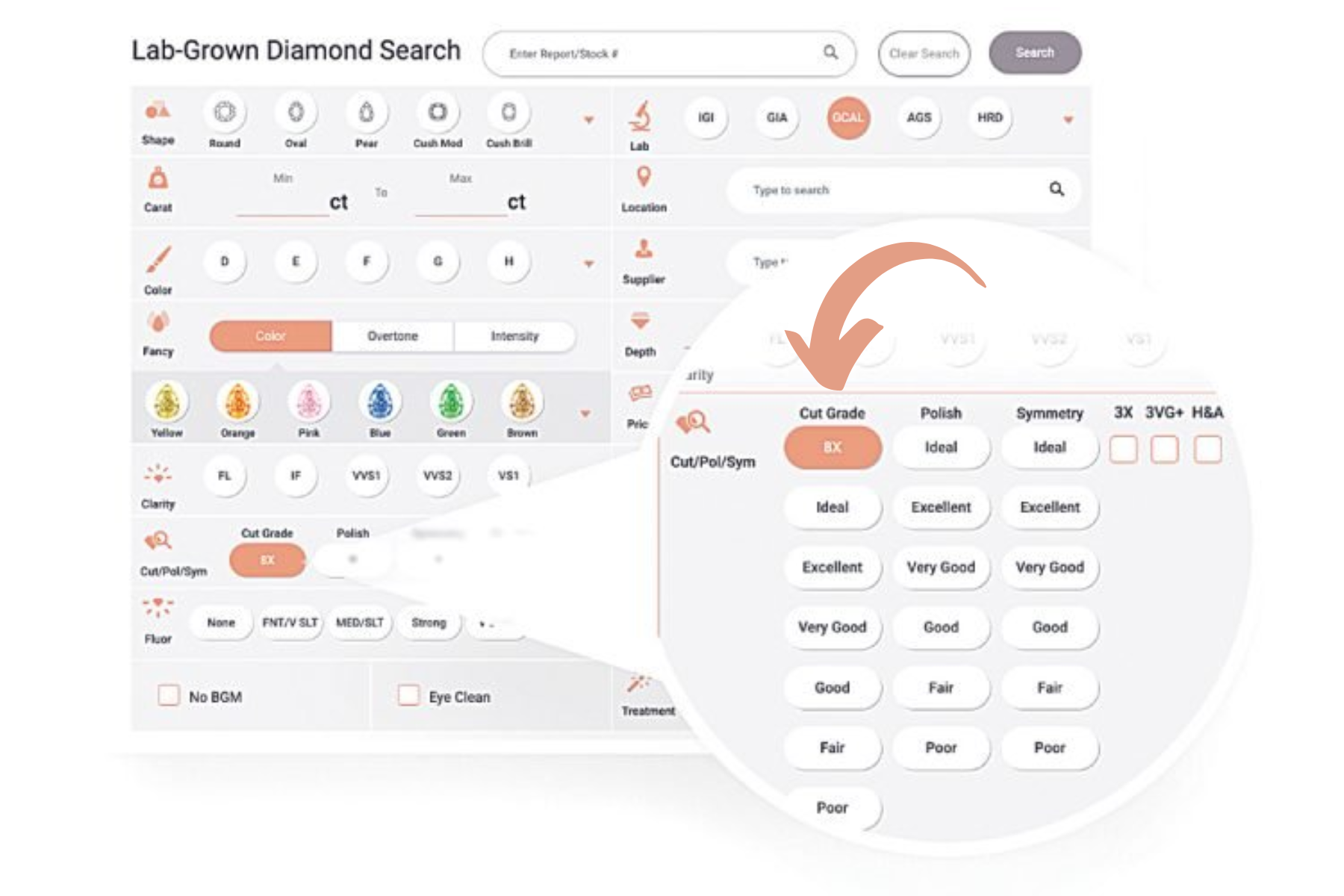 New York - Both Virtual Diamond Boutique and lab-grown VDB source add 8X, which was recently introduced by the Gem Certification and Assurance Lab.

The Significance Of 8X Cut Grading In Lab-Grown Businesses

To be considered 8X, a stone's quality must be rated as "excellent" across all eight categories. The attributes that are taken into consideration are polish, external symmetry, proportions, optical brilliance, fire, scintillation, optical symmetry, and hearts and arrows.

8X is now listed as the highest cut grade available on both VDB and Lab Grown Source, placing it above Ideal.

As shown by Angelo Palmieri, Chief Operating Officer of GCAL, the listing of the cut grade on these two platforms is a significant step in the expansion and acceptance of 8X, and the new search filters add "instant credibility" to the growing status of the cut grade.

VDB's Viewpoint Towards The Expansion Of Their New Cut Grading

We are honored to work with GCAL to add the 8X cut grade to our diamond search filter, making it easy and efficient for buyers and their customers who are seeking 8X to find it. Because we are a technology company, we have the resources to quickly adapt to market developments, such as the rising popularity of both the 8X cut grade and fancy shaped diamonds.

The expansion of 8X to fancy shapes was immediately followed by the launch of the 8X filter on VDB and Lab Grown Source, a platform that is entirely devoted to lab-grown diamonds.

GCAL expanded the cut grade in May to include oval and princess cut diamonds. They also stated that additional 8X fancies will be introduced later on in this year. The cut grade was initially only introduced for round brilliants.