July Gemstones – Ruby Is The Color Of Love And Passion 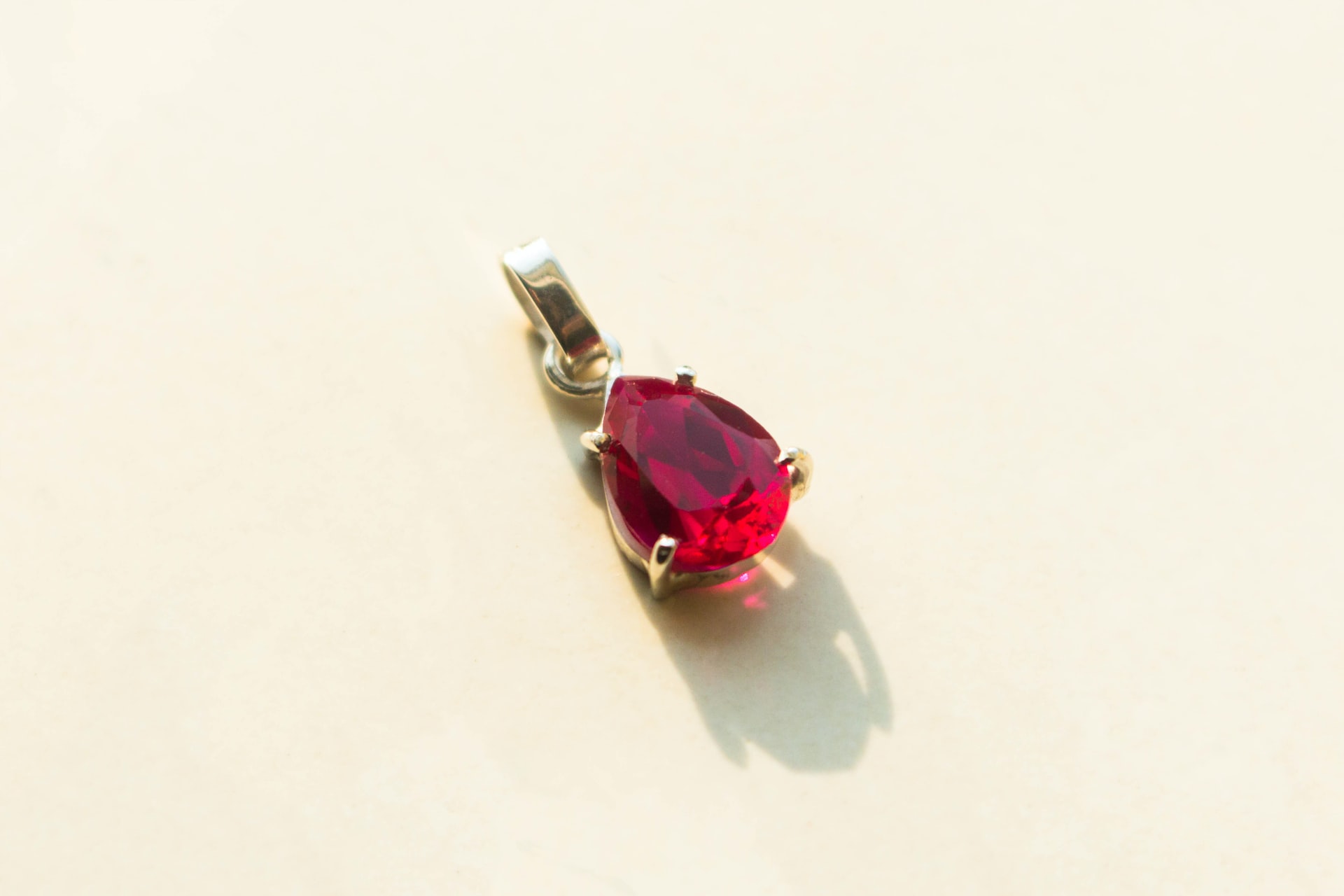 Ruby is one of the most valuable July gemstones. The name comes from the Latin word ruber, which means "red," the color of love and desire. Few things are as eye-catching as the ruby gemstone.

The best July gemstone color is a rich crimson with a tinge of purple, known in the trade as "pigeon's blood." Ruby, corundum, obtains its color from trace levels of the metal chromium. The more chromium there is, the brighter the red.

You need to know about this lovely July gemstone to make an informed decision for yourself or a loved one born in July.

Ruby - The Best Of July Gemstones

Ruby, the king of precious stones, is the birthstone for July babies. There's no better way to express your affection for someone born in July, or to commemorate a 15th or 40th wedding anniversary, than with ruby gemstone jewelry.

In today's culture, rubies are often associated with July. Its popularity and status as July's gemstone occurred very recently. It's no exaggeration to say that ruby, along with diamond, sapphire, and emerald, is one of the most well-known gemstones in the world.

A ruby's color range includes pink and the more common blood red. However, rubies only come in one hue except for red and pink. The issue here is only one of the terminology.

The red type is the ruby among the corundum family of gemstones. Sapphires are the name given to colored variants of the mineral corundum. Even though gem-quality ruby is see-through, it shouldn't stop you from accumulating this stunning red stone.

The Latin word Rubeus, meaning "red," is where the term ruby first appeared. Later, it was adapted as ruby in English from Medieval Latin (Rubinius) and Old French (Rubi).

The ruby is an old jewel with many diverse connotations throughout its history. However, ruby is often associated with prosperity, enlightenment, and health.

Rubies are said to offer powerful healing properties, maybe due to their distinctive red color. Ruby is the hardest colored stone and the second hardest, after diamond.

Some people think they will be immune to injury or disease if they wear ruby. The ruby is a stone of love and passion, according to legend. Because of its vibrant red color, ruby is considered a romantic gemstone. Perhaps this is why rubies are often used in engagement rings.

Ruby was known as the "king of precious stones" in ancient India due to its scarcity, hardness (second only to diamond), beauty, and magical abilities. In Indian jewelry, ruby was long identified with the life force blood and was a sign of strength and young vigor.

Some thought this July birthstone might presage disaster or danger, while others said it could treat inflammatory disorders and alleviate wrath. Burmese warriors thought it made them unbeatable in combat.

According to medieval Europeans, rubies imparted health, intelligence, prosperity, and a love of success. 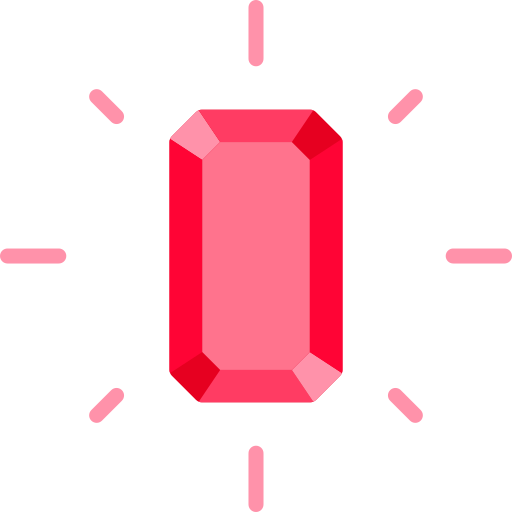 Our hunt for the July birthstone begins in Myanmar (previously known as Burma), one of the oldest known suppliers of beautiful rubies.

For more than five centuries, the Mogok region of Myanmar has produced some of the most prized rubies - brilliant red beauties tempered by light-scattering inclusions and a dazzling crimson fluorescence. The area is known for its old marble and old Buddhist temples.

Vietnam has been a key supplier of the July birthstone since the late twentieth century. Rubies of red to purplish red hue are produced in the Luc Yen area of northern Vietnam, where rainforest-clad mountains rise above vast rice fields.

The Quy Chau area, farther south, has also produced several superb rubies. Today, artisanal miners sift through the earth, hoping to discover a stone that will alter their fortunes.

Mozambique is a significant new supplier of the birthstone for July. The Montepuez mines are located in this African country. The rubies discovered there had been likened to the famous Mogok stones.

For many years in the late 1900s, the ruby resources near the Thai-Cambodian border were the primary supply of rubies on the market. Afghanistan, Tajikistan, Pakistan, Sri Lanka, Kenya, Tanzania, and Madagascar are also significant suppliers of the July birthstone.

The month of July, like most others, has a wide variety of gemstones that might serve as birthstones. Although Ruby is the most popular birthstone for July, it is vital to remember that a birthstone list is not rigid.

If you were born in a different period or a diverse society, your birthstone would certainly be completely different. In this article, we will discuss two more notable July gemstones.

Historically, July babies have been given onyx as a present. Onyx, sometimes known as the gemstone of the night, is a near relative of the more popular agate. Onyx, like agate, is a chalcedony known for its distinctive banding.

They say that the bands in onyx run parallel to one another. Onyx is easily recognized by its characteristic black and white banding.

However, the development of individual rocks and the cutting of gemstones may dramatically affect the strength and arrangement of the bands. Sardonyx is the name for the reddish-orange form of onyx.

The July birthstone, onyx, is associated with such qualities. Its symbolic meaning of mental fortitude makes it a good choice for those who are (1) in need a self-esteem boost and (2) always seeking new challenges.

After a hard day at work, the black gemstone may be used to purge the body of any lingering negativity and give the wearer the push they need to take on the following day with enthusiasm.

Onyx is a great present for someone creating a profession or company since it is said to develop a feeling of contentment in both work and life. Onyx, which is not cut to gem grade, is considered a semiprecious stone and is occasionally used to create decorative vases and dinnerware.

Turquoise is the spiritual birthstone for July. It is a beautiful stone recognized for its distinctive blue-to-green tones. Unlike ruby, which was called for the color red in Latin, turquoise was named after a teal-like hue.

Turquoise got its name from the French term turquois, which means "Turkish," since the gemstone was transported to Europe from Persia through Turkey.

Turquoise represents serenity, contentment, tranquility, and fluidity. Because of its hue, the gemstone is said to be attracted to water and air. This signifies that turquoise is associated with constant movement, fluidity, and advancement. As a result, turquoise is a very effective Feng Shui tool.

Turquoise, the July birthstone, is said to be a stone of good fortune and a guardian stone that dispels bad energy. It is also claimed to provide its possessor calm, pleasure, and health.

Turquoise is often used to create jewelry, including rings, earrings, and necklaces. For thousands of years, civilizations have used turquoise for its color, durability, and beauty.

The ancient Egyptians used turquoise to heal diseases such as sleeplessness, sadness, and anxiety. Some think this stone's hue changes depending on one's attitude or health.

While the link has yet to be shown, turquoise may indeed change hue. This is because it is a porous stone with metals such as aluminum, copper, and iron in its composition, elements that may change color when exposed to other substances via oxidation and chemical interaction. 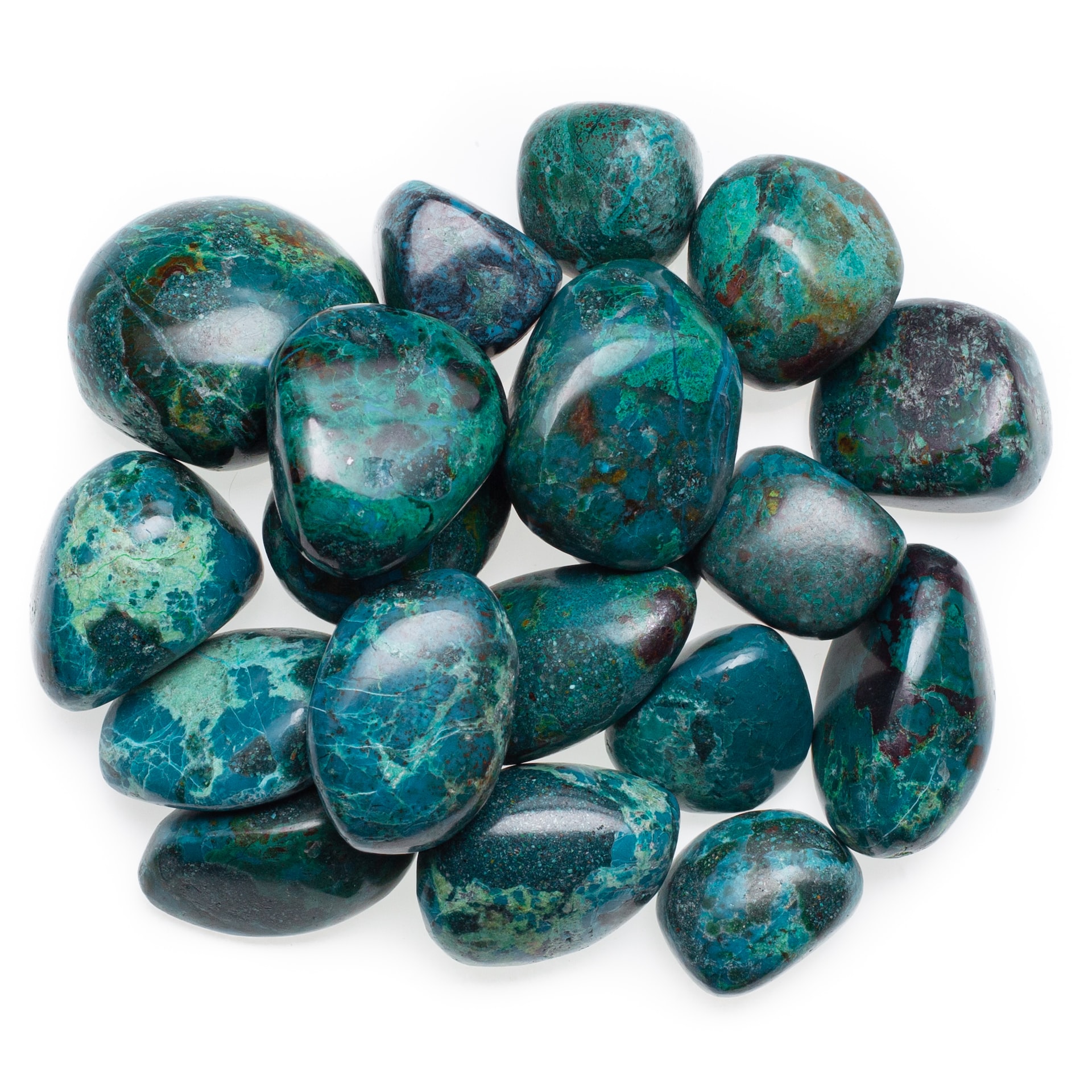 What Is The Stone For 21 July?

The gemstone of July, ruby, is considered the king of stones, signifying love, health, and wisdom. Wearing a lovely red Ruby was supposed to bring good luck to the wearer. The most valuable gemstone is ruby, and its value increases with its color and quality.

What Color Is July Birthstone?

The presence of the trace metal chromium gives rubies their red hue. Rubies, corundum, vary in color from deep, rich cochineal to a lighter rose red.

Are There 2 Birthstones For July?

Most months now have a variety of birthstones to select from, and July is no exception. The calendar month's birthstones are Ruby, Sardonyx, Sapphire, Onyx, and Carnelian.

What Are The Gemstones For Month Of July?

Ruby is the July birthstone and one of the most valuable jewels. The name comes from the Latin word ruber, which means "red," the color of love and desire.

Finally, the tradition of gemstones has a long history, and they may be much more than simply jewelry jewels. These jewels are the ideal July present for yourself and your loved ones.

Ruby's hardness and red fluorescence make it desirable for uses other than jewelry. Both natural and synthetic rubies are employed to manufacture watches, medical devices, and lasers.

Whether or not you were born in July, possessing a stunning ruby is unique and valuable. These are the traditional birthstones for July and the astrological signs of Leo and Cancer. They undoubtedly contain some notable names and world-famous treasures.