July Birthstones And Crystals - What They Represent 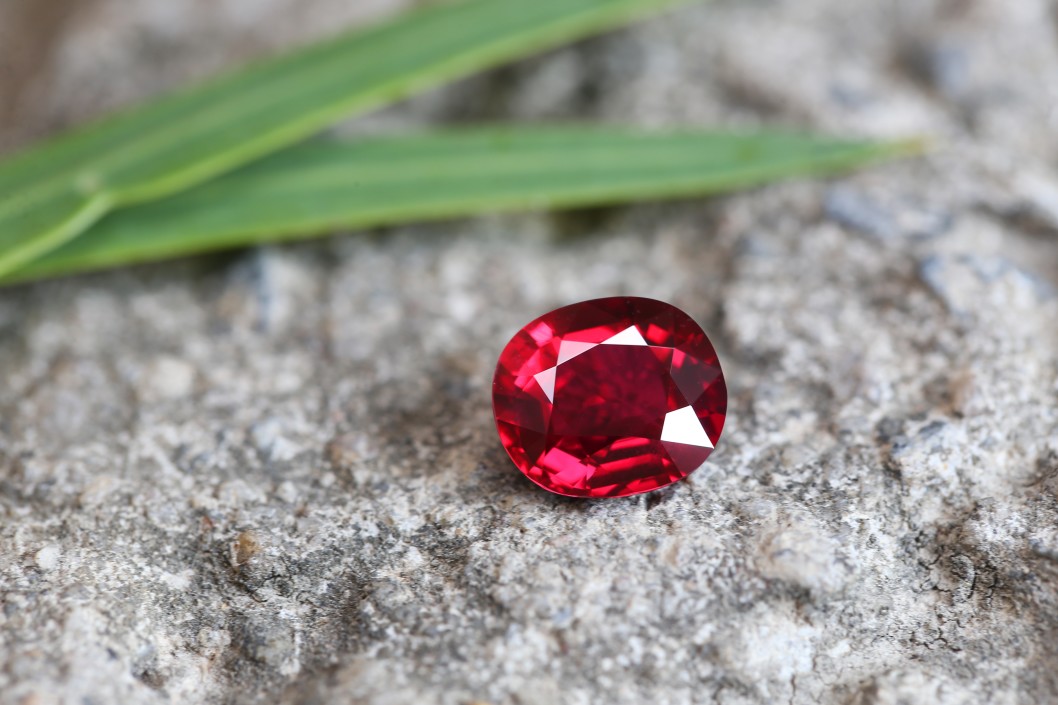 Ruby, often known as the "king of gems," is the traditional and modern birthstone for July. Its name originates from the Latin word rubeus, which means "red" - the hue associated with romantic love.

July birthstones and crystals are related with the emotions of contentment, passion, and warm energies.

The month of July is the seventh month of the year according to the Gregorian calendar.

Quintilis was the ancient name for the month of July before it was renamed in honor of Julius Caesar, a Roman general.

Now, in modern times, majority of months have various birthstones from which to choose, and July is one of such months.

Traditions involving the use of birthstones are centuries old, and with them come long-held beliefs about the purported healing or protective powers of various gemstones. Though not verifiable by science, these convictions can help you feel better in other ways.

Wearing or possessing your unique birthstone is guaranteed to make you happy. Generally speaking, a birthstone refers to any gemstone that is associated with a particular birthday, birth year, day of birth, zodiac sign, or month of birth.

To be sure, July's most well-known birthstone is the Ruby, but any given list of birthstones can and should be modified as needed. The gem associated with your birth month may be completely different if you were born at a different time or in a different society.

The Different July Birthstones And Crystals

Ruby, one of the world's most famous reds. This classic gem, which is a kind of corundum, sells for nearly the highest per-carat rate of any jewel. Many refer to ruby as "the king of precious jewels" because of its exceptional value.

The majority of Burmese rubies are pure, without significant metal impurities. The highest quality Thai rubies are found to be slightly darker, with burgundy tones.

The clarity and brilliance of Mozambican rubies are well-known. Ruby prices vary widely, although those from Tanzania tend to be lower than average because of their superior clarity and color saturation.

The poorer the quality of the ruby, the more likely it is to have fractures and voids filled with glass to make them appear more transparent and conceal their apparent sides. There is a risk that the ruby will become more easily damaged as a result of routine wear and care after undergoing these treatments.

If you're interested in purchasing a "July ruby," make sure you inquire as to how and by what procedure it was treated. The only proper way to clean a ruby is with warm soapy water and a gentle brush. Most rubies can be cleaned successfully with ultrasonic or steam cleaning, including those that have been heat treated, lattice diffusion treated, or are untreated.

Because of their inner light, rubies are often used to symbolize the element of fire. People used to believe that if you put a ruby in a kettle of water, it would start to boil. If your birthday is in July, then you should know that ruby is a trendy birthstone that goes well with neutral colors like black, white, and red.

Onyx is a kind of chalcedony, which includes several popular gemstones. This kind, distinguished by its parallel stripes, typically has a black base color. White, opaque, or translucent varieties exist.

Legend has it that when Venus' fingernails (which had been severed by her son Cupid) fell into the Indus River, they metamorphosed into Onyx stones. Do you find that hard to believe as well? It was said that Cleopatra wore the black variant for its protecting properties.

In some cases, it can absorb bad energy, becoming darker as a result. In the same vein, it helps the wearer face and conquer their normal, everyday fears. This July birthstone, a sleek black modern gem, helps its wearer see their true nature and break free of any limiting labels.

We can't deny that the name Sardonyx is unusual and even a little bit amusing. In essence, it combines the properties of Sard and Onyx. These are subcategories of Chalcedony, and this July birthstone is made up of alternating bands of the two.

You can usually spot one of these by its striking reddish-brown color with lighter bands of various colors. However, there are instances where the white bands stand out against a mostly crimson background.

The wearer of this July birthstone can feel a special bond to Rome thanks to the historical significance of this stone. Both the Romans and the Greeks traditionally carried sardonyx stones into battle depicting the god of war, Mars, or the legendary hero, Hercules.

A further ancient belief is that Sardonyx can prevent scorpion stings. The current concept that the July birthstone is a source of power and defense is consistent with these findings.

With this well-known treasure, you've arrived in the posh suburb of Fancytown. The sleek, sophisticated blue of sapphire makes it an ideal gem for cabochons. These valuable stones work well in jewelry, and they pair especially well with bright hues or pastels.

Historically, the ancient Greeks connected sapphire with Apollo, their god of the sun, music, and poetry. Wisdom and insight into the truth are enhanced by this July birthstone.

Having both partners wear them is a powerful visual representation of your commitment to each other. Medically speaking, it is believed to alleviate symptoms of vertigo and sleeplessness. Strengthens resistance to illness and restores emotional equilibrium.

Moonstone is from the feldspar family, which includes some unusual jewels. It's usually a mild hue, like white, blue, or gray, although it also comes in purple, yellow, and brown. The effect responsible for giving rise to this moniker is known as the Schiller effect.

It makes some of the stone's crystals sparkle and appear to move. The illumination makes one think of the moon. According to Hindu legend, the moonstone is made of frozen moonlight.

Carnelian is created when two types of silica are fused together. It's composed of iron oxide. When dealing with porous stones, it is usual practice to simply submerge them in a dye bath.

When the stones soak for a long enough time, they have incredible stability. Carnelian has been used since prehistoric times. The Sumerian queen Pu Abi was laid to rest wearing a garment made of lapis, gold, and carnelian.

This July birthstone was associated with the Egyptian Sun God Horus, therefore it was often placed on mummies before burial. Napoleon obtained his carnelian octagonal seal in 1799.

Because of the gemstone's supposed lucky properties, he decided to purchase it. So he gave the gemstone to his son, Louis-Napoleon, so that he may use it as a war emblem.

It is reported that he wore the gemstone without truly believing in its power, and that the Zulus eventually killed him and grabbed the valuable stone. This event took place in 1879. This July birthstone is often worn today to protect against sadness. Carnelian's association with the sacral chakra, which is supposed to increase one's self-assurance, dates back to ancient times.

The tiny defense system in the physiology of certain mollusks is responsible for producing natural pearls. As a defense mechanism, they produce pearls whenever they feel threatened.

Cultured pearls, the other main type of contemporary pearl, are created by deliberately inserting a foreign object, like a bead, into the animal, which the animal then covers with nacre, a strong and iridescent substance sometimes known as "mother of pearl." You can make stunning bracelets out of several strands, and lengthy pearl necklaces look excellent with dresses and even suits.

If your birthday falls between the dates of July 23 and August 23, or if you were born under the sign of Cancer (June 22 - July 22), you have a truly spectacular gemstone from which to select your zodiac sign gemstone. The gemstones emerald and aquamarine are both examples of the beryl family of jewels.

It has a hexagonal crystal structure, a hardness of 7.5-8 on a scale from 1-10, and what is known as a 3-phase inclusion (rock salt, liquid, gas bubble). According to legend, Solomon, widely regarded as the smartest man who ever lived, received an emerald from God. Emeralds were an important part of Inca rituals for generations.

Emerald, the July Birthstone, is the best option for those interested in its mystical qualities. It's balancing the mind, body, and spirit.

Diamonds are the toughest natural material and are highly prized for their remarkable properties in addition to their stunning appearance. One of them is the skill of glass cutting. Perhaps the most impressive is the shine, which results from the stone's extraordinary ability to reflect and distribute light. Diamonds are the most brilliant gems available.

The remaining members of the group hail from countries including Canada, Australia, India, and Brazil. Historically, diamonds were initially found in India around two thousand years ago. Since then, about 12 million carats have been gleaned from Indian mines.

Diamonds are the ultimate symbols of success and beauty, and throughout history, legends have emphasized their significance. That's why so many military leaders, royals, celebrities, and the like have favored wearing them.

The rainbow ends at its end, but diamonds last forever, as the Persian poet Hafiz once put it. Some people feel that diamonds can help them face their fears and stop worrying about the worst possible outcomes.

Tourmaline is a contemporary gemstone with a wide range of brilliant colors. A variety of colors, including pink, green, red, and blue, are available. Numerous tourmaline gems have more than one hue.

Tourmaline really refers to a class of minerals that share many physical and chemical characteristics. Tourmaline is an excellent low-priced gemstone since it has a hardness of 7–7.5 on the Mohs scale.

A word of caution, however: imitation tourmaline does exist. Sometimes it's just a piece of colored glass sandwiched between two stones. Have the jeweler examine it under a microscope first.

Tourmaline is unique among July Birthstones in that it is a "receptive stone," which means it aids one's introspective processes. That sound is calming and therapeutic.

What Spiritual Stone Is For July?

Ruby, the birthstone for July, was considered the "king of gems" by ancient Hindus. Many people thought that donning one would keep them safe from harm. The modern meaning of the ruby has been expanded to include the feelings of love and passion.

What Is July's Birthstone And Flower?

The larkspur and the water lily are the July birth flowers, which are also symbols of the birthday. Along with diamonds, emeralds, and sapphires, rubies are among the four most precious gemstones in the world.

Why Is Ruby Associated With July?

Ruby's Latin word, rubeus, means "red," hence the gem's naming itself is all about how beautiful it is. Rubies, the birthstone for July, were historically worn by warriors and even implanted under the skin for good luck and protection.

These are the traditional birthstones for the month of July, as well as the zodiac signs Leo and Cancer. Certainly, they feature some of the most well-known names and treasures in the world.

In addition, they provide solutions for less extravagant budgets. As you can see, they possess a vast diversity of therapeutic and spiritually-beneficial characteristics. Amazingly, if you're trying to add a lot of flair to your fashion life, any of these will work splendidly!