Most Popular Jewelry From Movies 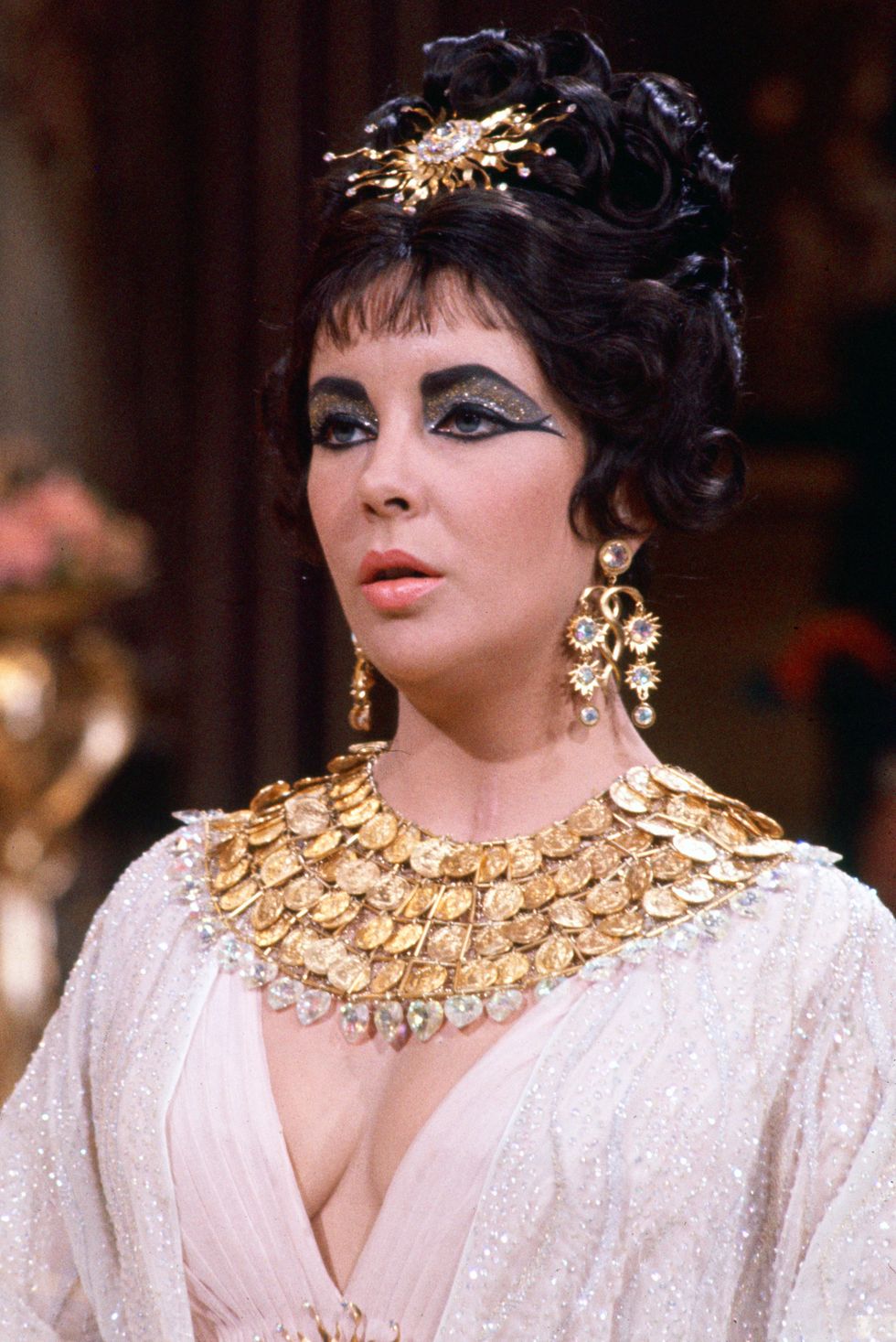 Sparkling, enormous, vibrant, and extremely valuable. Whether made of diamonds, rubies, or emeralds, Hollywood jewelry from movies are such rare objects are so captivating that the stories behind them frequently center on them. Examples are the Heart of the Ocean, Kate Winslet's blue diamond in Titanic.

The First Pieces Of Jewelry From Movies Or Series

Harry Winston was the first jeweler to provide his creations to celebrities for the red carpet back in 1943, but since then, jewels from Cartier, Bulgari, Tiffany & Co., and many other major brands have also been the envy of all common mortals who had only seen millions of dollars' worth of diamonds and amethysts in films.

Marilyn Monroe may have made the song about girls and their diamonds famous, but it was Carol Channing who sang it for the first time on Broadway in 1949 for the first show of Gentlemen Prefer Blondes.

There have been innumerable retaliations since then. One of them is Satine from Moulin Rouge, played by Nicole Kidman. Throughout the course of the film, lavish jewelry is frequently seen.

The magnificent diamond necklace, which was made by Australian jeweler Stefano Cantur and was given to her by the Duke of Monroth, the character's suitor, is the most expensive item. It was 134 karats in weight and featured 1,308 diamonds.

In a memorable scene from the movie Gentlemen Prefer Blondes, Marilyn Monroe, dressed in pink satin, belts out the song "Diamonds Are a Girl's Best Friend" as a group of men lavishly adorn her with glistening but regrettably phony jewels.

The actress only used the real diamond, "Moon of Baroda," during the marketing campaign for the film.

The Gaekwad dynasty owned this pear-shaped canary-yellow diamond for more than 500 years when the Maharajah of Baroda donated it to Empress Maria Theresa of Habsburg, who then gave it to her daughter, Queen Marie Antoinette. The diamond was found in the mines of Golconda, India. In 2018, it brought in $1.3 million at auction.

We only have three things to say about the unique love story starring Julia Roberts and Richard Gere in movies: "Big mistake." "Huge!" And yes, you will only get that allusion if you see the film.

In the meantime, you can ogle the custom-made pear-shaped ruby necklace created by French jeweler Fred Joaillier. This choker necklace is quite stunning, featuring 23 pear-shaped rubies in the center of 18-karat white diamond-encrusted hearts.

Although Richard Gere's character claims in the film that it would have cost him "a quarter of a million dollars," the actual cost is estimated to be around US$ 1.35 million.

In the movie "Titanic," a stunning pendant that was supposed to have formerly belonged to Louis XVI and been fashioned into a heart shape after the French Revolution was called the Heart of the Ocean sapphire. Although the Hope Diamond served as the inspiration for the fictional Heart of the Sea, the prop used in the film was not a blue diamond. Asprey & Garrad of London made the La Coeur de la Mer prop, which was a blue cubic zirconia set in white gold.

Stuart, who portrayed the older Rose in the film, attended the Academy Awards wearing one of the most expensive pieces of jewelry ever. Winston made the piece, which sold for $4 million. It had a 170-carat sapphire surrounded by 103 diamonds. One of the most famous jewels in films according to writers from Bingepost and important entertainment and news media. 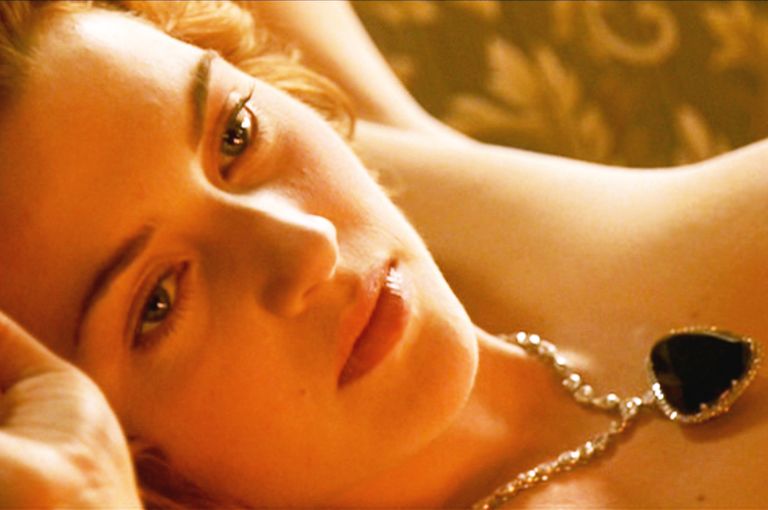 Lord Of The Rings

The priceless ring that controls them all. The yellow gold band doesn't seem to have anything to shout about at first glance. But it's magic, as the movie implies, and runs the entire length of the band with old Tengwar lettering.

As the trilogy follows Frodo Baggins and his merry band of hobbits, dwarves, wizards, and elves on an unforgettable adventure, a significant portion of J.R.R. Tolkien's magical world centers on this ordinary piece of jewelry and its mystifying powers. Much ado about a gold ring made of 18 karats, huh?

The father-and-son team at New Zealand's Jens Hansen Gold & Silversmith, who were also fans of the series, created the prop for the movie. For the movie, the two of them made more than forty different kinds of rings that were sized for different places and shaped to fit different people.

Liz Taylor and Richard Burton met while filming Cleopatra in Rome, and their romance launched one of the most tumultuous and epic love tales in the history of Hollywood. Ironically, he frequently said in interviews that Liz only knows the Italian word for beer, Bulgari, or that he had introduced Liz to Bulgari before she had.

Burton has given his beloved many lovely diamonds over the years, but one of the most distinctive pieces worn by the purple-eyed diva is unknown; all that is known about it is that the Italian company sold it in 1962. It is a gold bracelet in the form of a snake that is encrusted with emeralds, diamonds, and rubies.

You can see it in a photograph of Taylor taken in the 1960s during the filming of Cleopatra, which alludes to the jewelry the actress wore in the movie but which was actually a set of props made by Josef of Hollywood, the company responsible for the most glitzy works of art of the Golden Age of Hollywood.

What Is The Most Famous Piece Of Jewelry?

Where Does Zendaya Get Her Jewelry?

Zendaya wears a lot of beautiful jewelry on the red carpet, in part because she works with Bvlgari.

What Jewellery Did Audrey Hepburn?

She is noted for wearing enormous diamond tiaras that coordinate with matching necklace and earring sets.

Usually, the characters, the tale, or the timeless storylines are what people remember most about movies.

However, what people frequently overlook is the enormous amount of effort that goes into choosing the outfit, venue, and extra accessories and backdrops. A movie's total package, which transforms an average film into one that audiences will remember, is made up of all these additions.

Even the best actors can't carry a film if all the seemingly unimportant aspects aren't taken into serious consideration. We hope you enjoy this list of popular jewelry from movies and series.