Jewelry Anniversary - Get Your Dear Ones The Best Gift Possible 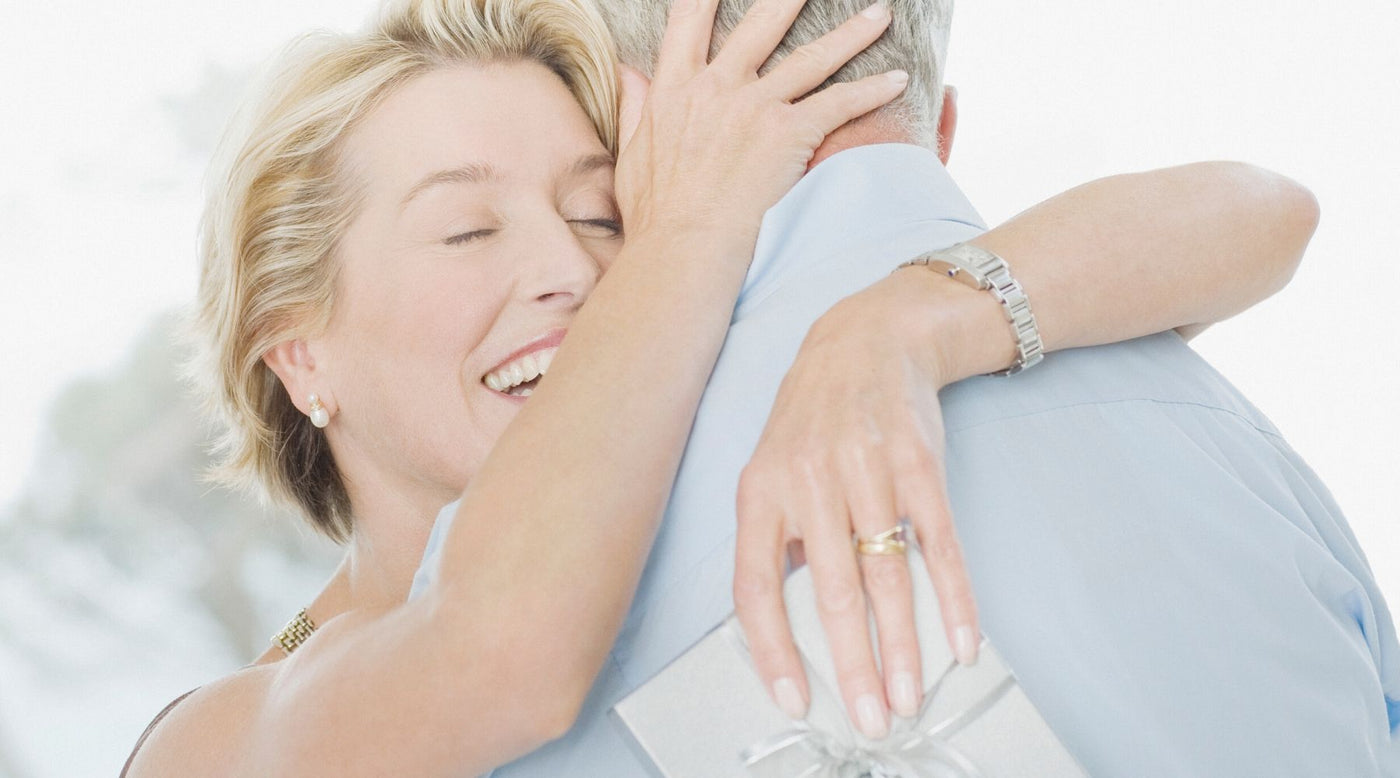 It is necessary to keep in mind your wife or husband on your anniversary in order to maintain the sweetness you have shared since the beginning. Some couples want to make their anniversary more memorable, so they give each other presents like jewelry that will last a lifetime, just like their relationship.

If you're looking for good jewelry to give to your partner, you've come to the right place. Here, you'll find the ideal jewelry for your partner.

Wedding anniversary gifts have been given since the Middle Ages, but Emily Post was the first to come up with a list of ideas.

There were more and more gifts added to this list as time went on, by other authors. They added gifts for every year from the first to the twenty-fifth, as well as every five years through the 75th wedding anniversary.

Several florists' websites also have a list of flowers that can be used to make anniversary gifts. Here are the lists of the jewelry gifts suggestions that were included from her book "etiquette".

These are determined by the number of years you've been together. According to Emily Post, these are the best gifts for anniversary.

Is Emily Post etiquette book still relevant? Many of her reminders and suggestions are still applicable today.

But when it comes to anniversary gifts, who doesn't want to know what better gifts to give on anniversary that is very trendy nowadays? Don't worry, I'll help you with that. 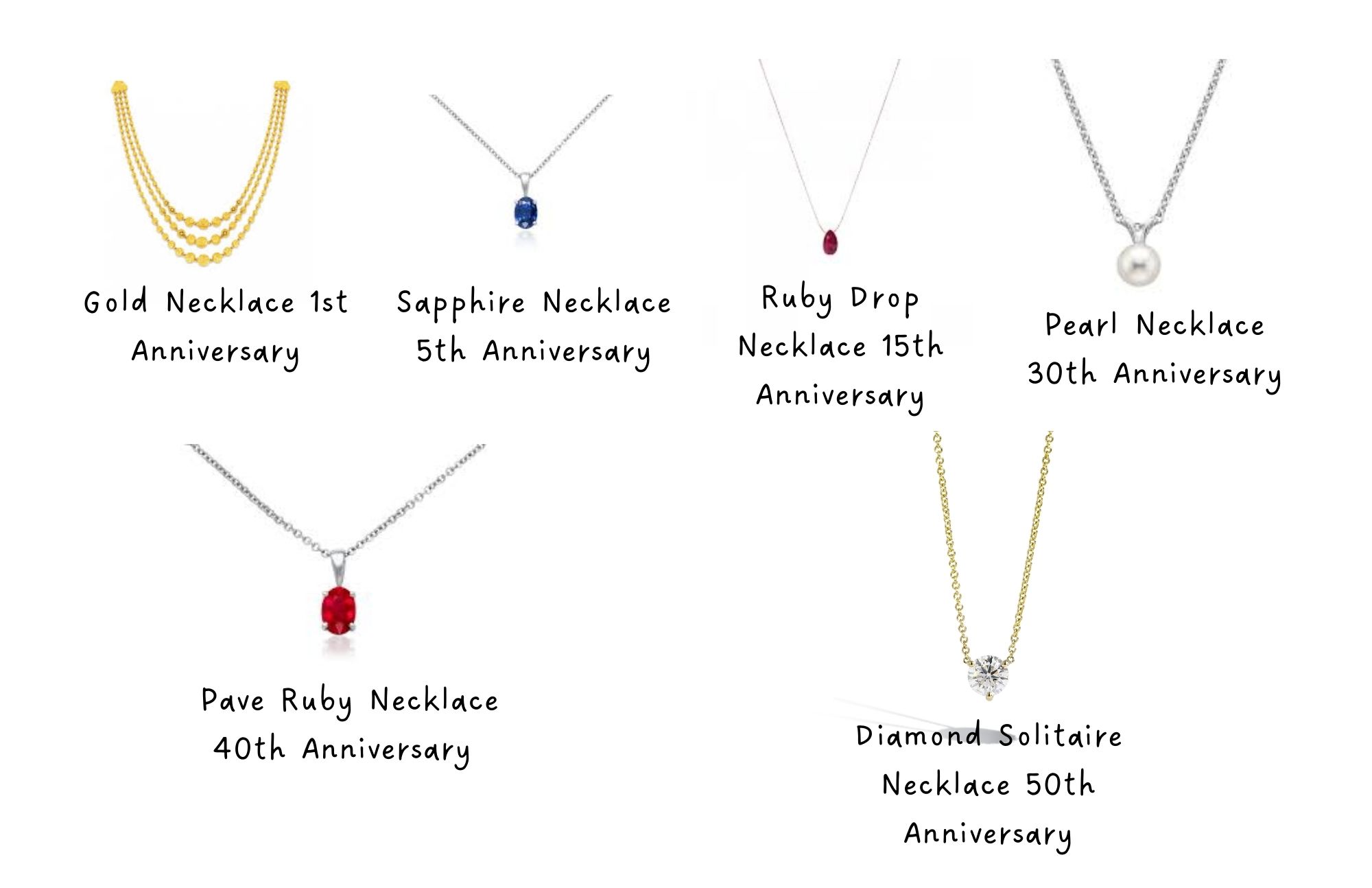 Many styles of jewel necklaces depending on the anniversary

Gold jewelry makes a great first anniversary gift, and these are some beautiful ideas:

Consider a sapphire necklace, bracelet, or pair of earrings as a 5th wedding anniversary gift.

Rubies stand out on any type of jewelry, whether it's white gold, yellow gold, or rose gold. As a 15-year anniversary gift, add a pair of earrings or a lovely pendant to her collection.

Both cultured and natural pearls can be found in jewelry. Consider a pearl pendant or set of earrings as a 30th wedding anniversary gift.

The traditional gift for a 40th anniversary is a ruby (same as year 15). They show love and passion, which can be seen in a 40-year marriage. Choose a set of earrings or a pendant with a bright ruby as a gift that will make her heart melt, and she'll love it.

It's called your golden jubilee for a reason: You and your partner have been together for 50 years now. This is a great time to show how much you love each other with gold jewelry. 50th-anniversary gifts can be made of yellow gold, rose gold, or both. They usually have diamonds or gemstones in them.

Is Jewelry A Good Gift

Giving jewelry means giving something to someone that makes them feel beautiful, important, and desired. Jewels, even as a platonic gift, awaken one's identity and make them happy when they wear it.

Your jewelry gift, especially on your anniversary, will be a big part of your entire year together and can be a symbol of your love.

Fact About Jewelry In Early Years

Jewels have been worn for adornment by both men and women since the beginning of time, and Biblical days. Today, diamonds, emeralds, rubies, and sapphires are considered precious stones, while other rare and beautiful stones are considered semiprecious.

From earliest times the giving of presents played an important role in daily life. So as today.

Anniversaries are an important part of life. They remind us of important events, both personal and cultural. Give your partner the jewelry he/she deserves by considering the jewelry you've seen in this article. Make your anniversary memorable. Happy anniversary for both of you!