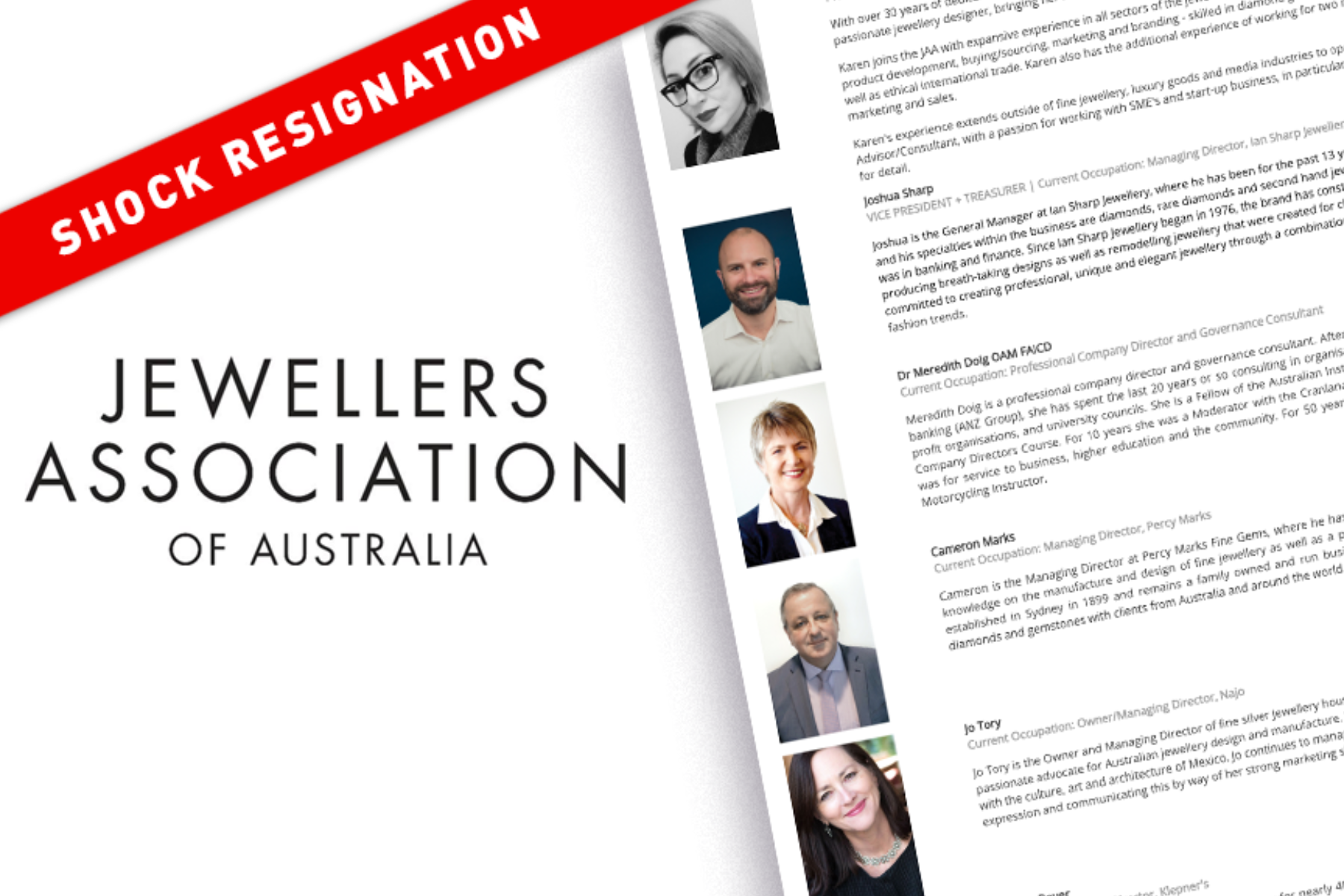 Following the unexpected departure of president Karen Denaro on Friday, the Jewellers Association of Australia (JAA) has been left scrambling for new leadership. 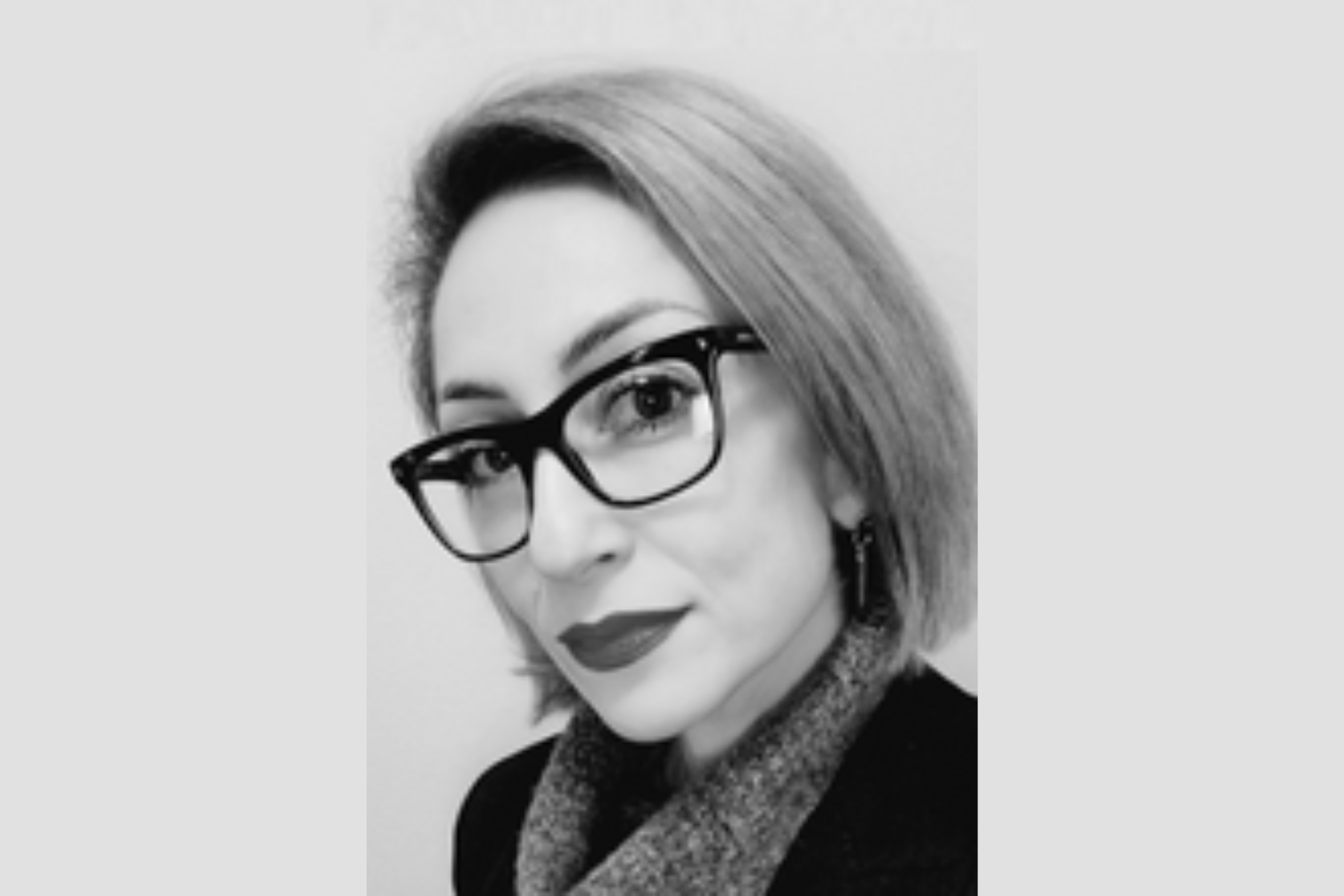 Karen Denaro, former President of the JAA, in a black and white shot

Denaro was chosen as president in November 2021, and although the JAA did not make an official announcement about the change at the time on its website, it is common knowledge that she succeeded Jo Tory in the position beginning in January 2022.

Denaro joined the board of directors of the JAA in January of 2021, despite having served as president for only ten months.

Denaro made the shocking announcement of her resignation on Linkedin, writing:

It is with a heavy heart I announce my decision to resign from my role as JAA President and my subsequent choice to remove myself from the Jewellers Association of Australia's Board of Directors, effective immediately.

Denaro's departure came as a complete surprise to everyone. She continued by saying:

I shall be issuing a press release on this, in due course. 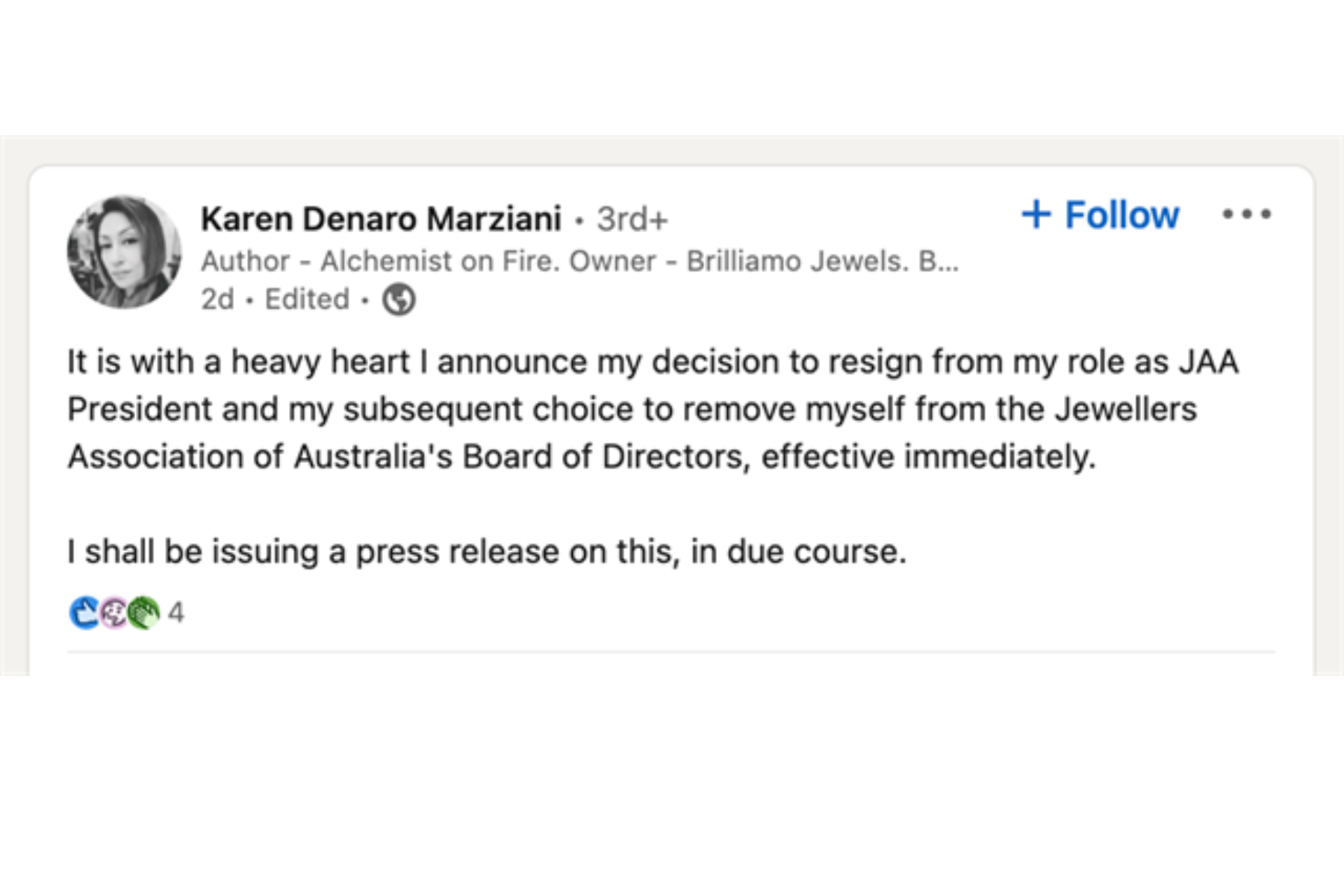 The shocking announcement or resignation of JAA's former President on LinkedIn

The representative of the JAA confirmed that the constitution stipulates that in the event of an unexpected resignation by the president, the vice-president will automatically assume the role of president until the board of directors chooses a new president.

This appears to be a problem given that Joshua Sharp, the current Vice President, is currently traveling overseas and, according to his office, is not expected to return until January of 2023.

Before any kind of official announcement can be made, a representative from the JAA has confirmed that they require an additional direction from the board.

Based on the statement made by the spokesperson: "[The JAA] doesn’t wish to make any further comment at this stage."

On the website of the JAA, there was no announcement about Denaro's unexpected departure at the time that this article was published.

The most recent "news post" was published on September 1, 2022, and it stated that vice-president Emily Crew had resigned, in addition to announcing the appointment of a new director.

However, it is impossible to determine who the new director is because the link to the post contains an error. As a result, members have been unable to read the article for nearly two months.

The most recent piece of "JAA news" prior to the post on September 1 was published 20 months earlier, in February 2021, and it announced the resignation of board members George Proszkowiec and Karen Lindley. Sharp (Ian Sharp Jewellery) and Denaro took their place on the board shortly afterward (Brilliamo Designer Jeweller).

According to what Jeweller knows, the current board is made up of Joshua Sharp, Cameron Marks (Percy Marks), Jo Tory (Najo), Ronnie Bauer (Klepner's), and Dr. Meredith Doig, who is thought to be the individual named in the article that is inaccessible.

In 1996, when the jewelry business was booming, Jeweller was started as the first and only monthly trade magazine. The JAA made the magazine its official member publication. Even though the publisher and the JAA had a formal relationship, the magazine always kept its independence.

As the official journal of the industry, it was important to report the news and facts, no matter who was in power. The agreement between Jeweller and the JAA was based on Jeweller's "sponsorship" of the JAA and its independence as a magazine.