Islamic Gemstones By Month - Islamic Stones And Their Benefits 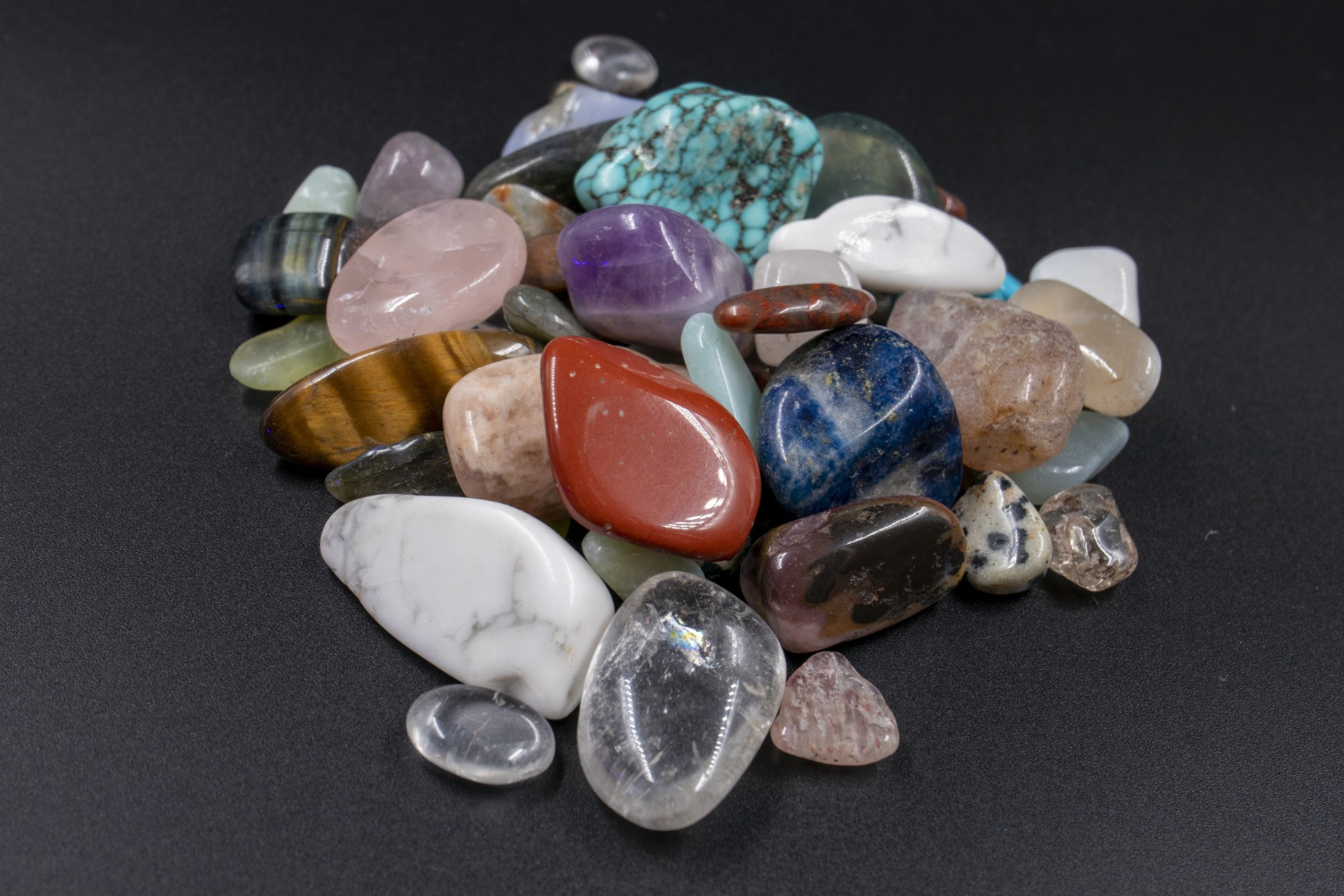 Wearing a gemstone will protect you from harm and be blessed with success, happiness, and wealth. There is a greater variety of birthstones for each month since many different ancient calendars had their systems for categorizing gemstones by month.

According to a narration by Anas bin Malik, the Prophet of Allah (PBUH) wore a silver ring inscribed with the words "Muhammad Rasul Allah" and set it with an Ethiopian gemstone.

Birthstones used to be assigned based on which zodiac signs occurred during that month, but today they are designated based on the colors most often associated with each month.

Wearing gemstones for their practical purposes will not be a fad soon. Many people who use them regularly will pass them down to future generations because they believe the items will be helpful in their daily lives.

Every gemstone is unique in its way and has qualities in common. Choosing the best Islamic gemstone for you is as simple as considering the benefits you hope to gain.

We may never know why God has put so much stock in stones, but in His kindness and generosity, He has made them and everything else in the world accessible for our use and profit.

Cut and polished, minerals known as gemstones or gems are utilized in adornments such as jewelry. Gemstones are often considered minerals; however, this definition may be expanded to include rocks or other organic materials used for jewelry.

While most gemstones are rather tough, several softer minerals are sometimes utilized in jewelry due to their beauty.

A gemstone's rarity is another factor that increases its worth. From ancient times to the 1800s, engraved gems and hardstone carvings, like cups, were necessary luxury art forms. Carl Fabergé's carvings were the last important works in this style.

Gemstones have a significant role in Islamic tradition and history. It is a tradition accepted by Muslims throughout the globe that the Holy Prophet (PBUH) wore at least one ring. Allah has blessed us with a wide variety of valuable things, and gemstones are no exception.

Many rocks and stones have been provided to us by Mother Nature. There are some expensive stones here and others that aren't so great. Some lines from the Quran's Surah Rehman state,

Out of them came out Pearl and Coral,

a reference to these two gems created by Allah [Holy Quran 55:22].

In Islam, gemstones have a significant position. One example is Al-Hajar Al-Aswad, or the Black Stone, which sits near the Kabah and is eagerly kissed and touched by Muslims.

Some people think that diamonds can heal both physical and spiritual maladies. According to certain specialists in the mystical and scientific qualities of gems, the energy of the gemstones moves from the stone into the body via the finger.

Anas ibn Malik's hadith shows that the Holy Prophet wore an aqeeq stone (quoted as Abyssinian stone, also known as agate) on his ring. This indicates that wearing an aqeeq stone is Sunnah.

There are various ahadith in Shia literature on the advantages of gemstones, especially aqeeq.

According to Imam Ali Al-Ridha:

Aqeeq is also thought to help keep people from getting angry, protect them from trouble, make them feel better when they are sad, bring them luck when traveling, and make them more focused.

Feyrooz is another stone that the hadith recommends wearing (besides turquoise). According to Imam Ridha's hadith,

Anyone who wears a turquoise ring will never become dependent.

Imam Musa Al-Kadhim is said to have worn a Feyrooz ring with the etching Allah, Master of the Kingdom. The finest turquoise is the sky-blue kind, which may be found near Nishapur, Iran. "It shields a believer from sins," Imam Ali is supposed to have declared. It also shields the bearer from the evil (jealous) eye (hasad).

Imam Ali Al-Ridha also advised Yakoot (ruby), which he claimed reduces anxieties; Zaberjad (jade), which he said does the same; and Zamarrud (emerald), which he said converts the impoverished into the affluent. Yaqut is mentioned in the Holy Quran when it says:

Some experts say that ruby's benefits include stopping blood loss, helping treat blood diseases and heart disease, keeping its owner from having nightmares, and giving light (noor) to people who look at it.

According to Imam Ali, Zamarrud removes obstacles at Allah's command.

Another stone that helps try times is Hadid. When someone came to Imam Jafar Al-Sadiq in dread for his life, Imam Sadiq advised him to wear a ring of Hadid Seeni engraved with the words "I seek the sanctuary of Allah's Almightiness." I desire the protection of Allah's words.

Rings and Gemstones in Islam | EXPLAINED

The relationship between gemstones and Islam is complicated because of the great range of geographic locations, cultural backgrounds, ethnic groupings, and age ranges among the Muslim population.

It is generally accepted among Islamic scholars that the Holy Prophet (PBUH) wore at least one gemstone ring, most likely made of agate or carnelian. However, the significance of this ring and the reasons for his wearing it are disputed.

If you want to know if wearing gemstones is sunnah, halal, or haram, you should talk to knowledgeable Imams, Alims, or Mujtahids. Following is the list of gemstones that have historical and cultural significance to Islam.

Aqeeq - Called As Agate Or Carnelian

Carnelian, a kind of chalcedony quartz that ranges in color from orange to red, is the gemstone most often associated with Muslims. The Prophet Muhammad, who was seen wearing a ring made of carnelian and silver on his right ring finger, is said to have said:

Put on the Agate ring; it'll keep away any harm.

To this day, many Muslims continue this practice.

The English word "turquoise" derives from the Turkish "Turkish Stone," which describes the opaque color of the stone. Indian in origin, the name Firoza (also spelled Feroza) has the dual meaning of "successful" and "turquoise stone" and is often given to females.

Imam al-Sadiq, a prominent Muslim thinker, once claimed, "Whoever wears a turquoise ring will never be destitute."

Many legends and decades of adoration have surrounded the deep red ruby. After Adam was expelled from Jannah, legend has it that he fashioned the first ruby (The Garden of Eden). When Jesus landed in Sri Lanka, his holy footprints sparked the creation of rubies.

"The Ruby is the most excellent of all the Gems," the Muslim philosopher Sahib al-Rasail once said.

The Arabic term for iron is Hadid, and the hematite gemstone known as Hadid has the same meaning. Hematite gemstones were advocated for use by Imam Ali to bolster one's resolve and ward off the devil's ill will. This jewel was reserved for travels with a higher chance of danger and not for daily usage.

This transparent quartz was only attainable from the holy city of Najaf Al-Ashraf in central Iraq. Wearing one is the spiritual equivalent of doing the Hajj to Mecca or the smaller Umrah.

Clear Quartz, renowned as the master healer,' is more readily available than genuine Dur E Najaf gemstones from Iraq, although the former is far more elusive. When shopping for quartz online, be aware of sellers claiming to sell authentic crystals from Dur E Najaf.

The Yellow Yaqut, Or Sapphire,

To most people, a yaqut is synonymous with a ruby, although the word may also mean a garnet. The difference in color between rubies and sapphires is due to minute amounts of trace elements.

All other colored corundums are sapphires, but rubies are invariably a vivid red. Although blue sapphires are more common, this beautiful gemstone may also be found in various hues.

Aside from their superficial color differences, rubies and sapphires are the same minerals. It's common knowledge that rubies are typically red, and sapphires are usually blue. Fancy sapphires include all the other hues, such as yellow, orange, green, and so on, and are the collective name for them all.

Al-Biruni, a prominent Muslim scientist and philosopher, used specific gravity and hardness to determine that rubies and sapphires were the same minerals in the 11th century, centuries before such analysis was routine.

The Quranic phrases and prayers inscribed on Hirz amulets and talismans are believed to have protective and beneficial effects on the wearer. Yellow aqeeq or agate was used to carve the famed Hirz Sharaf al-Shams.

Beautiful yellow agate gemstones in big sizes and traditional oval or pear forms have been sent to us from India, the historical supplier of this material.

For Muslims, the color green has religious significance, and as emeralds (also known as zumurruds) are the most exemplary shade of green, they are considered the holiest gemstone in Islam.

During the 16th and 17th centuries, the magnificent Mughal Empire covered most of what is now India and Pakistan, and it disseminated Islamic art and culture across south Asia.

The Mogul Emerald, a rectangle cut emerald measuring 10 centimeters in height and weighing 220 carats, was one of the most delicate and most holy objects of this era since it has an Arabic prayer etched onto its surface.

Pearl And Coral, Or Lolo And Marjan

These two ancient jewels are mentioned in the Holy Quran:

He opened the channels between the oceans, and now pearls and corals may be found there.

Both pearls and coral are examples of what are known as organic gemstones since living organisms produce them.

Recent archaeological finds off the coast of Abu Dhabi's Marawah Island indicate that the region's oceans were a hub for the commerce of pearls about 8,000 years ago.

Which Stone Is Suitable For Me In Islam?

Carnelian, a kind of chalcedony quartz that ranges in color from orange to red, is the gemstone most often associated with Muslims.

Wear the agate ring because it will shield you from any harm, as did the Prophet Muhammad, who wore one made of carnelian and silver on his right hand.

What Stones Did Prophet Muhammad Wear?

To mark the day the idols were removed from the Grand Mosque in Mecca, 630 CE, the prophet Muhammad wore a silver ring studded with carnelian or Aqiq. Many Muslims, including Shia and Sunni clerics, continue this practice today.

Which Stone Should I Wear According To Islam?

Carnelian, a kind of chalcedony quartz that ranges in color from orange to red, is the gemstone most often associated with Muslims. Wear the agate ring because it will shield you from any harm, as did the Prophet Muhammad, who wore one made of carnelian and silver on his right hand.

There is some debate among Muslims over whether or not gemstones have any beneficial effects on their wearers. Some people only advocate silver rings because of the hadith, as mentioned above. In contrast, others only recommend aqeeq/agate rings since the Holy Prophet is said to have worn them, and they believe any other jewels are useless.

Whatever the case, all Muslims believe in the benefit and divine reward of wearing a ring in general, and, based on the Muslims of history who was said to have worn, if not praised, numerous rings and gemstones, it has been. It will continue to be a beautiful and significant part of the Islamic identity.