Imperial Topaz - The Ideal Replacement For Your Diamond Jewelry Desire 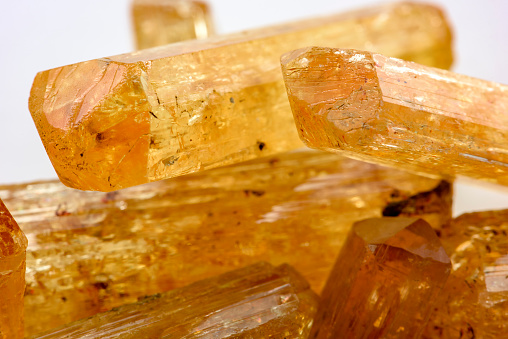 When finding the best jewelry, we all want it to be attractive and look elegant. It sometimes refers to gold or diamonds. But what if we can't afford them? Good thing there's an Imperial Topaz.

We will talk about this gemstone and why it is a good choice for your jewelry collections.

What Is The Imperial Topaz

Imperial Topaz, also known as Golden Topaz, is a mineral made up of aluminum silicate fluoride hydroxide. It forms small prismatic crystals that look like they're made of glass. The color is usually dark orange, but it can also be seen as light red-orange-yellow as well.

Color: The "imperial topaz," which is very valuable, is a bright golden to reddish-orange color. Most of the time, topaz is white to pale blue or yellow.

All About The Gemstone

When I first saw it and began to research it, I discovered that it is not just a typical form of Topaz; rather, it is the most valuable and rarest sort of topaz, a variant known as imperial topaz, which is extremely valuable and uncommon.

Imperial topaz is recognized by its distinctive color.Because of its color, which is yellowish orange, with a tint of pinkish orange at times, as you can see in the picture above, it is considered to be a citrus fruit.Many people identify topaz with the color blue; however, topaz can be colorless and come in a range of colors, with blue being the most valuable of them.

In general, topaz crystals are long and elongated, and they have vertical stripes on them. When cut cross-sectionally, they have a rhombus shape.

I'm going to show you the top view of this gemstone.

Top View Of The Elongated Gemstone 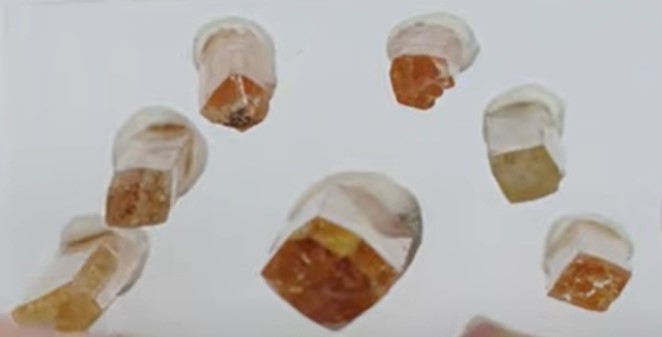 As you can see, it has a shape that is similar to a diamond with an elongated shape to it. And then there are these structures called pinacoids that are on the side. They're essentially planes that are flat.

Why Is It Called Imperial Topaz

The name for imperial topaz came from Russia in the 1800s. Once, topaz was found in the Ural Mountains. The pink gem was named after Russia's czar.

The royal family could only own the gem. In the United States, topaz is one of the birth stones for November.

And after that, in 1950s, topaz was mostly known as a yellow or golden stone. But since then, the use of radiation and heat to turn pale-colored topaz blue has changed the public's view of this gem.

To most people who buy jewelry now, topaz is mostly thought of as a cheap blue gemstone. The "imperial topaz," which is very valuable, is a bright golden to reddish-orange color and is mostly found in Ouro Preto, Brazil.

The imperial topaz crystal and gem shown here each weigh 875.4 and 93.6 carats. Most of the time, topaz is white to pale blue or yellow. Pink or red stones are very rare, but pink stones can be made by heating the golden brown topaz from Ouro Preto in Brazil.

What Is The Difference Between Topaz And Imperial Topaz

No one has set a standard for Imperial topaz. Some dealers use the term for colors that range from orange to pink to red to purple; others only use it for very dark colors.

It's not the word "Imperial" that makes topaz valuable. It's the color that makes it valuable.

That's correct. This type of gemstone is suitable for every type of jewelry. Aside from the fact that imperial topaz gemstones are beautiful, it also has a rich history dating back to the 1800s, which provides us with important information: Beautiful gemstones, such as imperial topaz, that have been known since ancient times have the most attractive and elegant appearance!

Just to give you an idea, I've included three example of a ring made by imperial topaz. 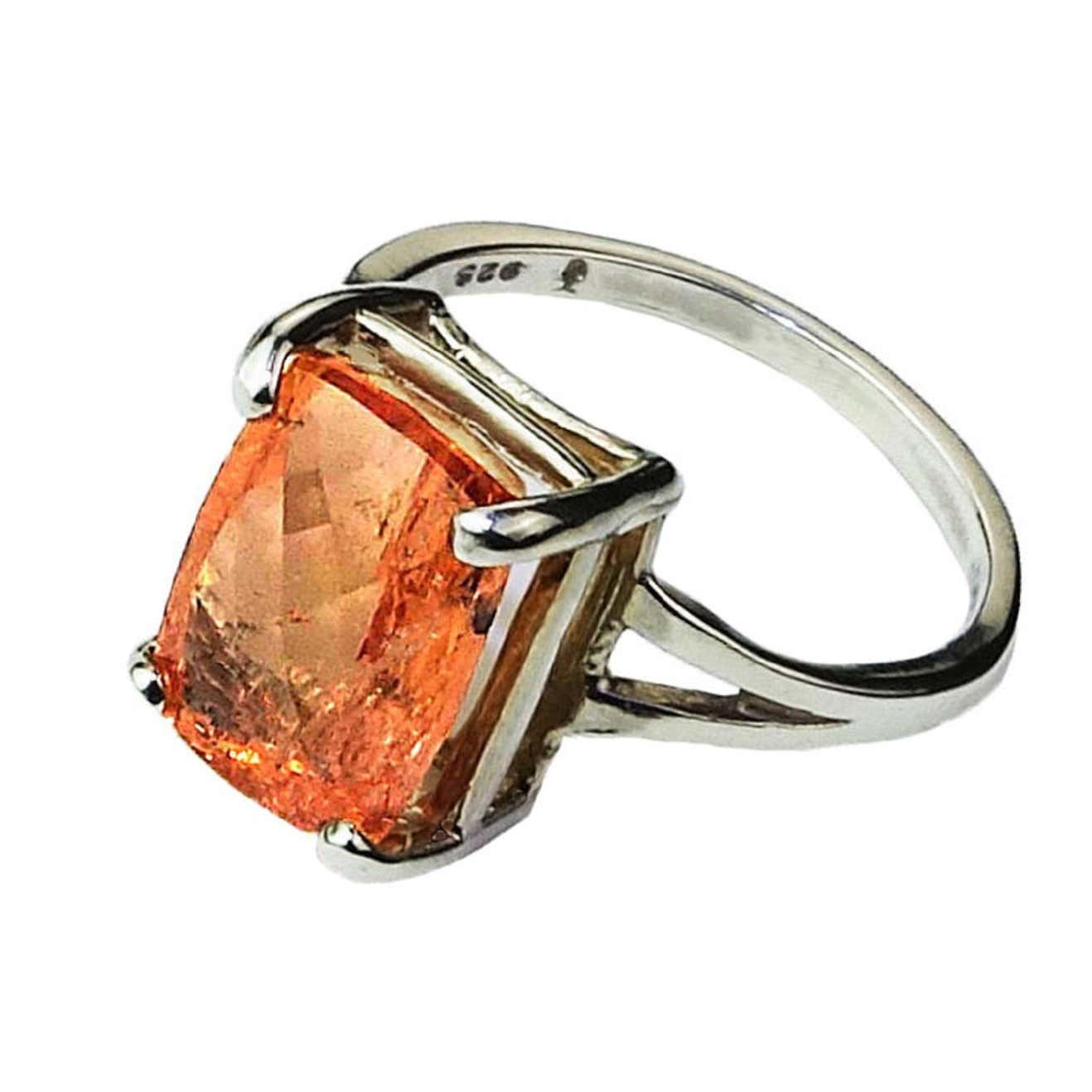 This unique ring is a treat for your eyes. Peach-colored cushion Imperial Topaz with a Checkered table is held in place by a silver ring that is made of silver.

You can get this unique, sparkling Imperial Topaz in Ouro Preto, Minas Gerais, Brazil. It's a rare stone.It's a beautiful peachy orange with a little pink.The rectangular stone is 11x8mm and weighs about 5.25 carats. 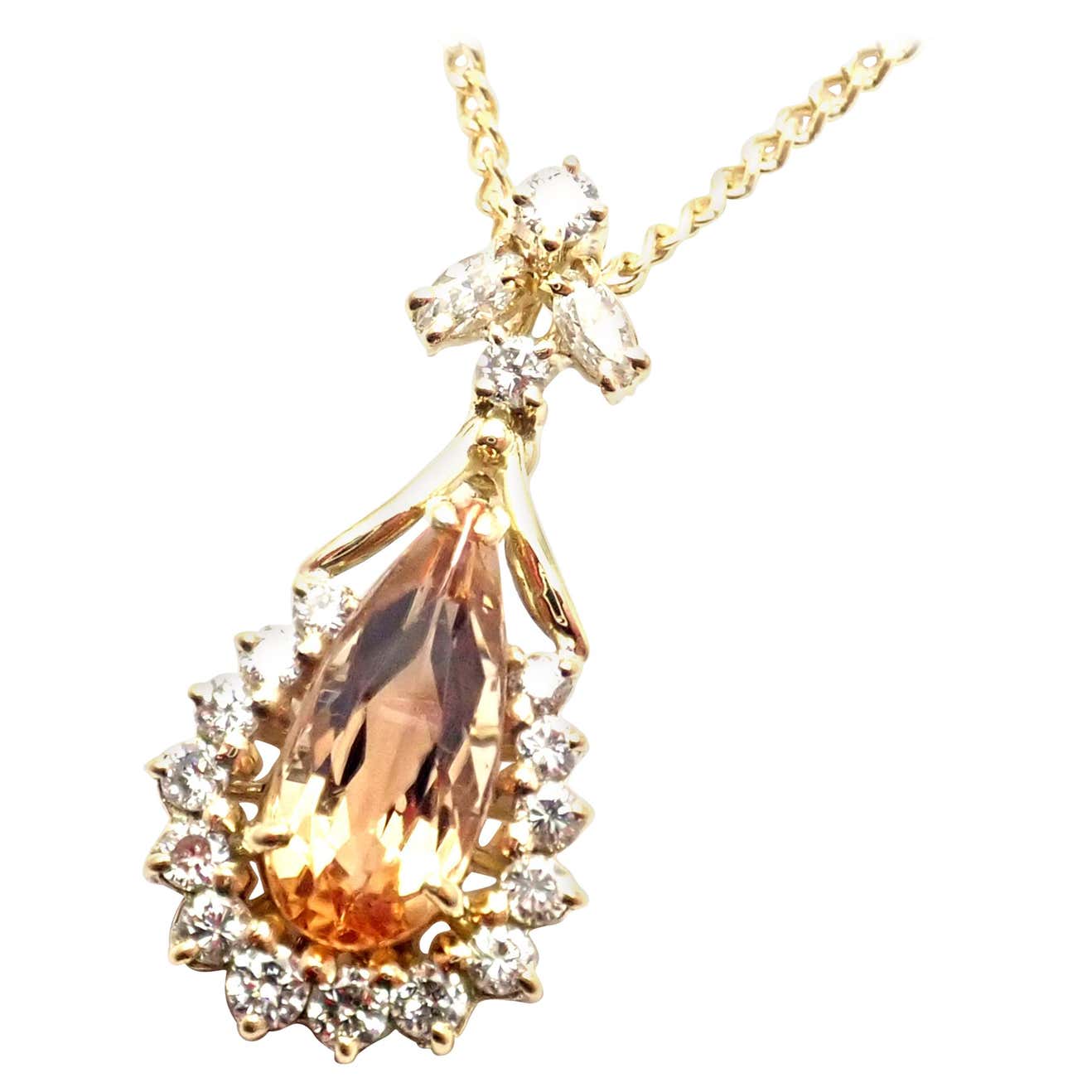 The necklace is made of 18k yellow gold with diamonds and an Imperial Topaz. It was made by H. Stern.

It has 16 round brilliant-cut diamonds and two marque-shaped diamonds with VS1 clarity and G color. The total weight of the stones is about 0.40 carats. 1 pear shape imperial topaz total weight 2ct 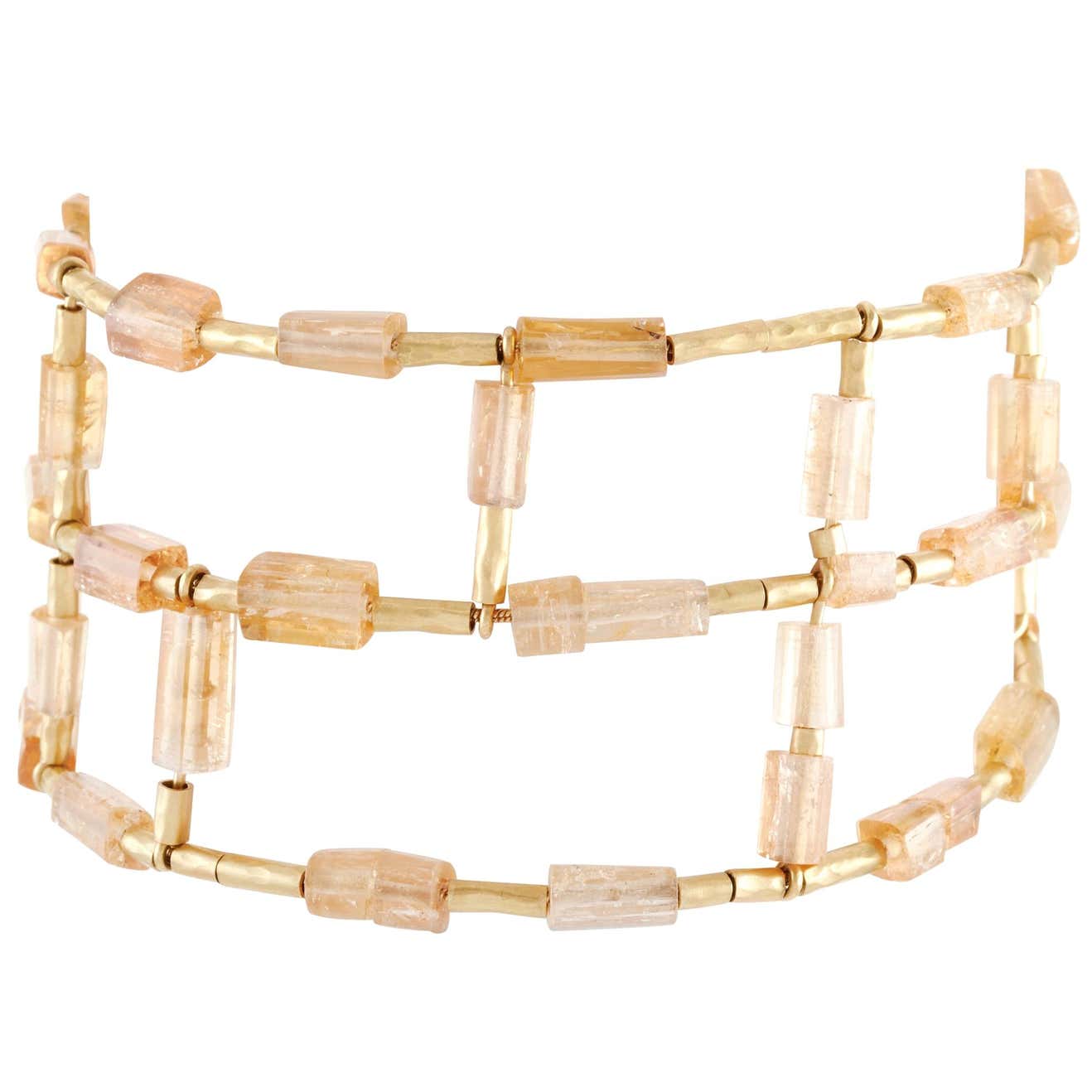 Aesthetic bracelet made out of mini imperial topaz beads

This bracelet by H. Stern is made of 18K yellow gold and has diamonds and imperial topazes on it, as well.The bracelet weighs 45.7 grams and is 7" long.

Precious topaz (also known as 'imperial' topaz) in rich orange colors, on the other hand, commands prices in excess of $1000/ct. for large (10 ct. +) sizes. The most valuable topaz is a rich pink or red color, with a price tag of $3500 per carat.

How Can You Tell If Imperial Topaz Is Real

There are a few simple ways to tell a real topaz from quartz. The first thing to think about is how hard the thing is. One of the real stones will scratch glass, but quartz won't. A real topaz, on the other hand, is cool to touch and gets electrified very easy and quick.

Imperial topaz is one of the most beautiful gemstones known in ancient times and still known to today's generation. It has a wide range of colors, which adds to its rarity. If you're looking for an imperial topaz to match your jewelry, the information in this article can help.

Additionally, because it has a similar hardness to diamond, it can satisfy everyone who does not have the opportunity to purchase their own jewelry closes as diamond's durability and appearance.