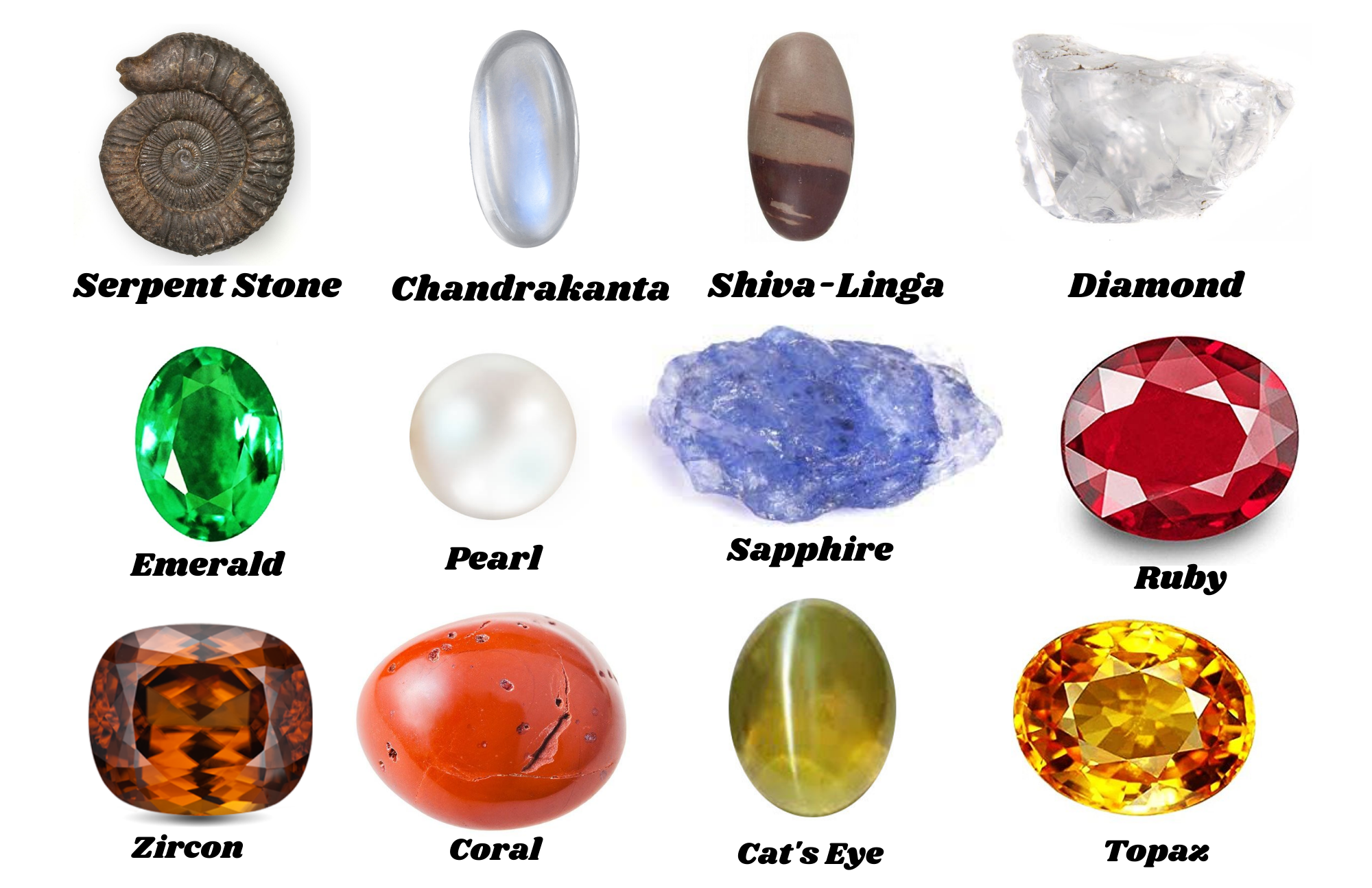 Hindu birthstones by month will be discussed in this article. It is important because Hindus use birthstones to show the different zodiac signs and the birthstones that go with them.

Hindu astrology is different from Western astrology because it is based on the moon's cycle. There are 18 Hindu zodiac signs, and each one has a birthstone that is used in rituals. But we'll only discuss only 12 birthstones to complete the Hindu's year birthstone.

Importance Of Birthstones For Hindus 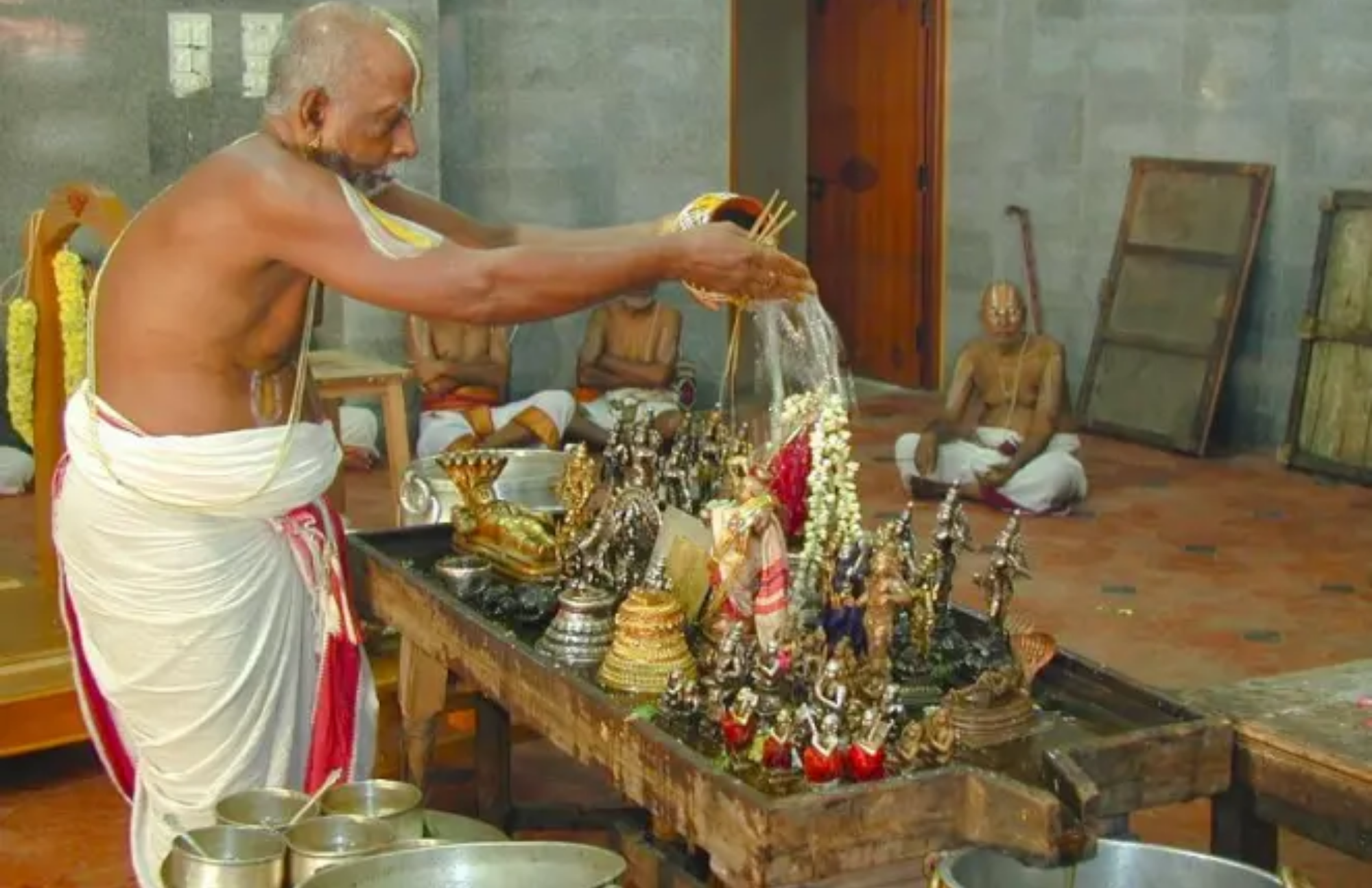 A Hindu worshiping idols and bithstones while pouring powder on them

Hindus believe that certain stones have special powers and show how different astrological forces work. Some of these stones are connected to the twelve lunisolar months on the Hindu calendar.

In the Hindu system of medicine called Ayurveda, some stones are also thought to have healing powers, and some of these stones have also been linked to the twelve months.

What Are Hindu Birthstones?

People can connect with their spirituality through the Hindu tradition of giving a different stone to each of the 12 months and each zodiac sign.

Birthstones are the gems that are chosen for each month of a person's life. Most of the time, they are given based on a person's zodiac sign.

Different Types Of Birthstones In Hindus By Month

Below is a contemporary Gregorian adaptation of the Hindu birthstone list:

It is believed by Hindus to help them find the best way to connect with their ancestral spirits because the snake can transport them to any location they desire in order to find what they seek.

Chandrakanta or Moonstone is an opalescent stone that comes in peach, pink, green, gray, yellow, brown, and blue, as well as colorless.

Moonstone has a play of light called adularescence, and its transparency ranges from clear to opaque. The most valuable moonstones come from India and Sri Lanka.

Hindus believe it will provide them with the ability to see the future and act quickly.

Most of the time, these stones are gray or tan with brownish-red patterns and designs. The shape of the stone represents the male side of creation.

More specifically, it looks like the Hindi god Shiva's phallus. The reddish-brown marks on the stone represent the part of creation that is female.

The traditional April birthstone is the diamond, which is thought to help the person who wears it get along with others better and give them more inner strength.

Some people believe that wearing diamonds will bring balance, clarity, and plenty.

In Hindus, it is believed to give them physical strength since the Diamond stone is the most unbreakable stone on the planet.

As the birthstone for May, the emerald is thought to give its owner foresight, luck, and youth. It is also a symbol of rebirth. The word "emerald" comes from the Greek word "smaragdus", which means "green".

This stone is used by Hindus to connect with nature because it appears to be a natural stone with a pure touch of green on the inside and outside.

Pearls have been a sign of purity, modesty, and innocence for a long time. So, you could say that "sweet simplicity" is what the June birthstone means. Pearls were often given as wedding gifts because of this. People also thought that the pearl birthstone was good for you.

According to Hindu and Christian beliefs, a pearl is a pure stone that is often given as a wedding gift as well.

In the past, the July birthstone has stood for sincerity, truth, loyalty, and nobility. Sapphire has been worn by royalty and on the robes of the clergy for a very long time. People at the top of society in ancient Greece and Rome thought that blue sapphires kept their owners safe from harm and jealousy.

Ancient Hindus thought of Sapphire, which is the birthstone for July, as the "king of gems." People thought it would protect them from bad things.

Ruby is the birthstone for August in Hinduism, and it is one of the most wanted gems. The name is derived from the Latin word "rubrum", meaning "red" - the love and passion.

The ruby birthstone is one of the few things that really stand out.

The meaning of the zircon birthstone is wisdom, prosperity, and confidence. Zircon symbolizes these traits and is thought to aid in sleep quality and warding off evil spirits.

During the Ancient Hindus, this September birthstone was a prized gem, often adorned in necklaces and other decorative pieces.

Coral is very valuable because it is thought to have mysterious and sacred properties. It's a sign of modesty, wisdom, happiness, and being able to live forever. It is often used to treat intestine spasms, trouble sleeping, and bladder stones.

Coral is one of the nine holy gemstones in the Holy Navratna. In Hindi, it is called Laal Munga. Coral is a powerful gemstone that has many benefits for the person who wears it. It is connected to the astrological planet Mars.

Cat's Eye is the name for a cabochon-cut gemstone that has a narrow band of concentrated light going across its width. This effect, called chatoyancy or "cat's eye", is caused by fine, parallel mineral fibers in the gemstone that reflect the light in a single band.

Cat's Eye is believed by Hindus to help them see everything that is impossible to see.

The topaz is a symbol of love and care. It is thought to give the person who wears it more strength and intelligence.

In Hindu beliefs, this is one of the great stones to end the year with a good impression on others. This helps them connect to the people they love and do unique things to make them happy.

The DARK TRUTH About Your Birthstone

What Are Birthstones And How Are They Related To Hinduism?

Birthstones are gems that have something to do with a certain month. There is no one religion that is connected to these stones, but they come from Hinduism and the Vedic tradition. The 12 birthstones, one for each month of the year, represent the different stages of life.

What Is A Hindu Birthstone And Why Would I Need To Know This?

Hinduism is the world's oldest living religion. It is one of the most popular religions on Earth, with more than a billion followers. Hinduism is a religion with many gods and goddesses that worships them all. Each god has a stone that can be worn to show respect for that god. The birthstones are based on what month you were born.

Why Do Hindus Pray Stones?

A believer sees God everywhere, so it's not hard for him to see God in the statues in temples. The idol helps him think about God, which makes it easier for him to worship in peace. Sarala Rajagopalan said in a talk that this is because the man sees the stone as a symbol of God.

Hindu birthstones are very special in Hinduism tradition. Each month has a different birthstone. Now that we know what they are, we can decide whether or not to get one for our birthdate, particularly if we are in Hindi.