Here Are The Nominees For The 2023 Gem Awards 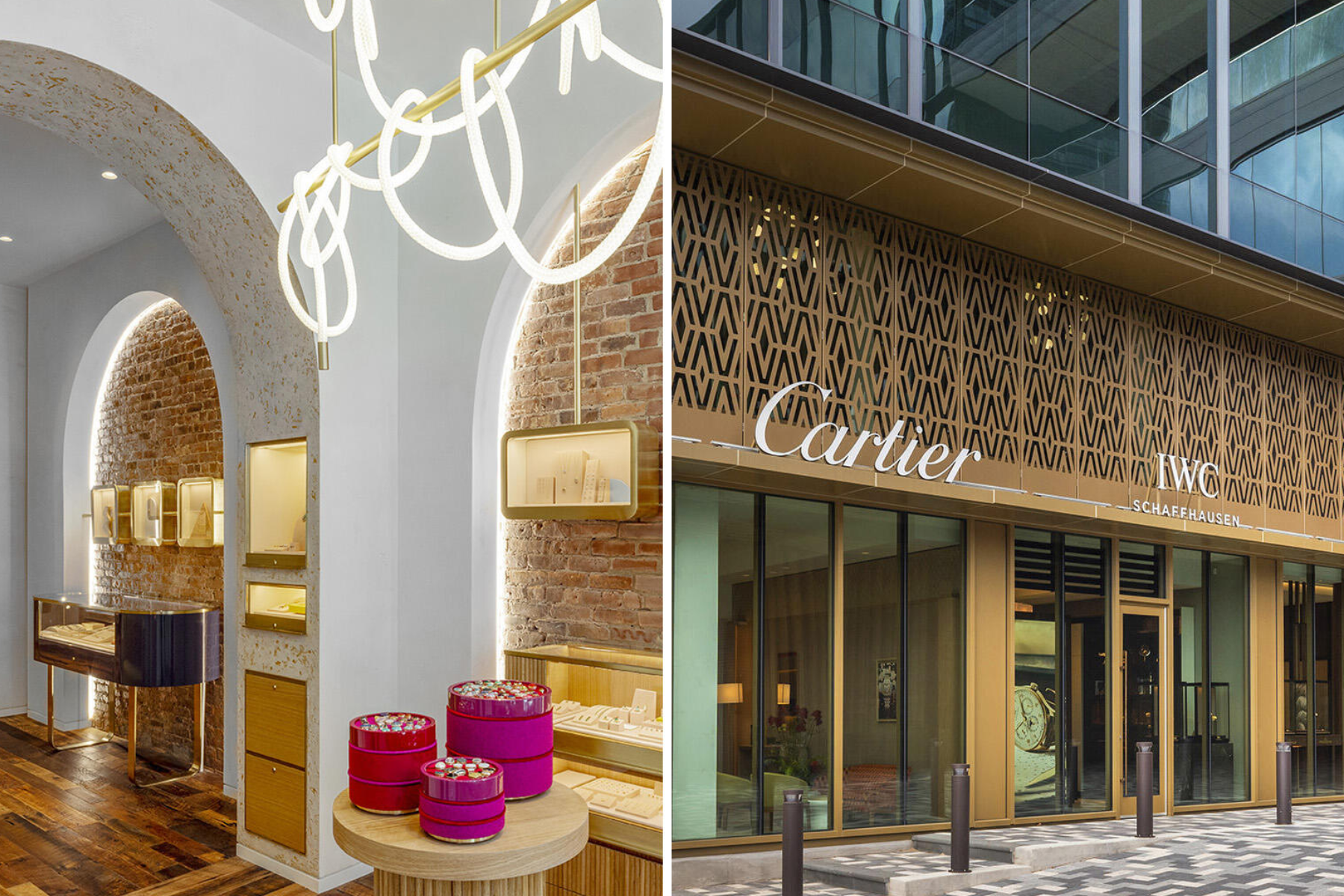 Here are the nominees for the 2023 gem awards. The names of the designers, retailers, and journalists who have been nominated for a 2023 Gem Award have been released by Jewelers of America.

The Gem Awards, which are now in their 21st year, honor people and brands whose work raises the status and visibility of fine jewelry and watches.

As was already planned, the Lifetime Achievement award will be given to Steven Kaiser, who was a leader in the watch industry and died suddenly earlier this year.

The winners in the following three categories will be announced live at the event: Jewelry Design, Retail Excellence, and Media Excellence. 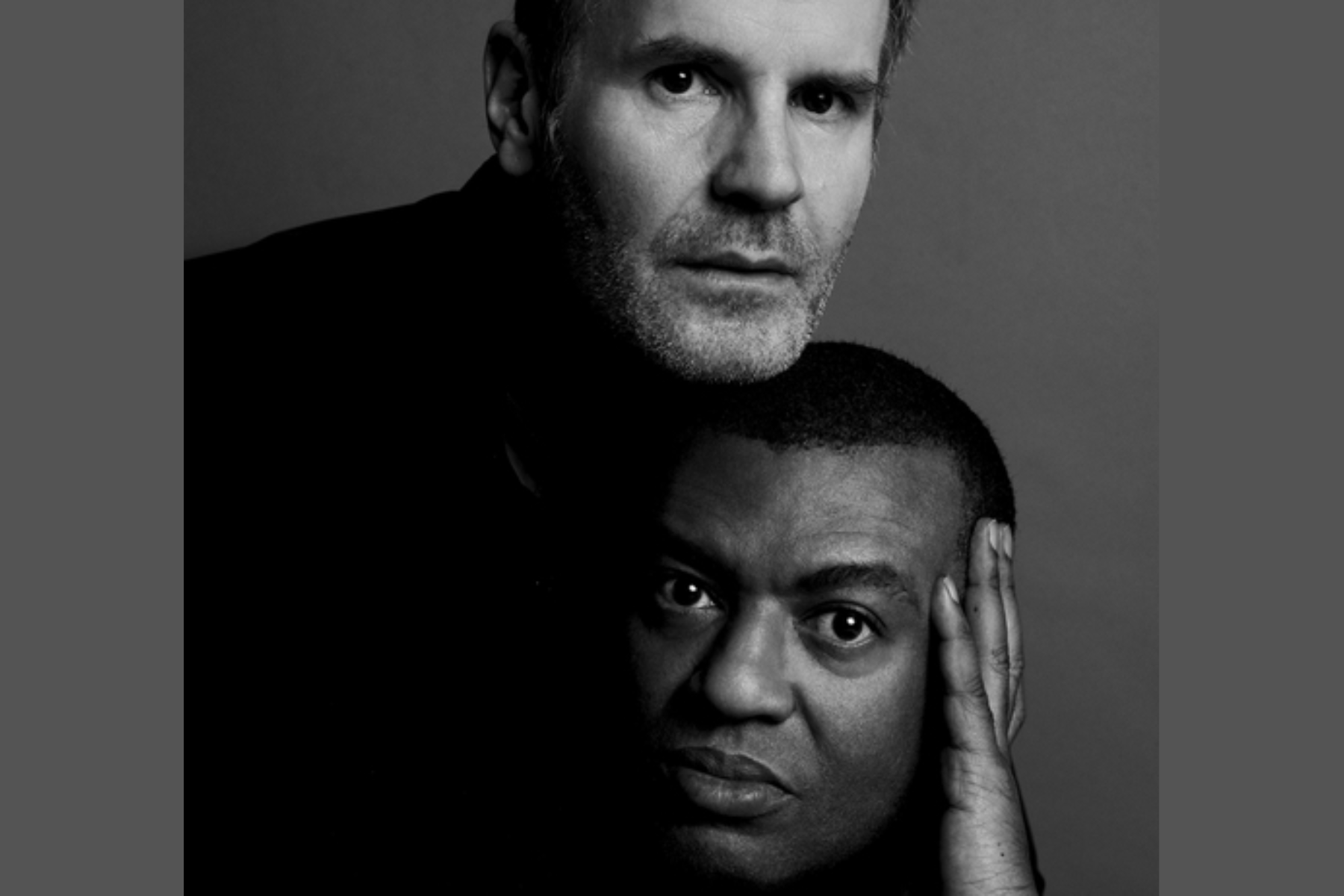 Ron Anderson and David Rees on a dark scene

Ten Thousand Things is a line of fine jewelry that Ron Anderson and David Rees started on their own in 1991. Each modern heirloom is made by hand in the brand's atelier in downtown New York.

The designs are based on shapes found in nature. Recent collections, which are mostly made of finely carved stones, are the result of working with craftsmen in Jaipur. These craftsmen take Ron and David's wax carvings and make copies of them, some from scratch and some from the archives.

The result is bright, one-of-a-kind pieces that show all of Ten Thousand Things' intended subtlety and depth. The collection has been shown in some of the best stores in the world, as well as the most famous gallery in Manhattan.

Anita Ko is the designer behind the famous Los Angeles-based jewelry brand Anita Ko. Anita has made a name for herself by making collections that can be worn every day or on the red carpet.

Her designs have a level of sophistication and femininity that can't be beaten. Anita also makes custom and one-of-a-kind pieces that top jewelry collectors from all over the world want to buy.

Her unique attention to detail and years of experience working with diamonds and other precious stones have made her famous in the world of high-end jewelry.

Some of the most stylish and successful women, like Michelle Obama, Her Majesty Queen Rania of Jordan, Charlize Theron, Rosie Huntington Whitely, and Scarlett Johansson, have worn and collected pieces from Anita's collection. 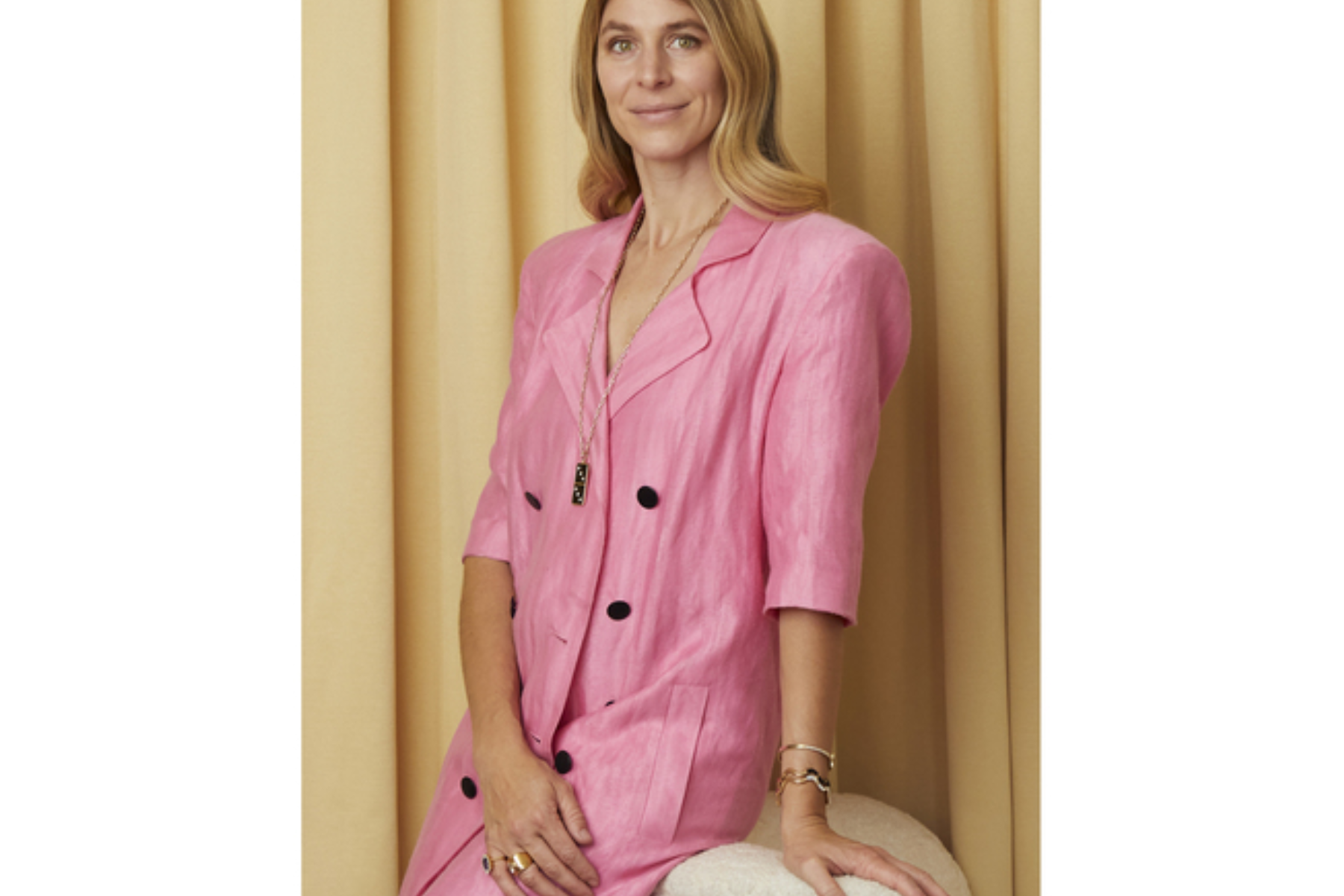 Toronto-born Kirsty Stone is the founder and designer of Retrouvai, a jewelry company based in Los Angeles that has won several awards. Retrouvai is made by a family-run team of master jewelers in downtown Los Angeles.

Each piece is unique and has the quality of an heirloom. Kirsty's design process starts with and is driven by her feelings of nostalgia. Many of her pieces, which have a lot of natural inlays, diamonds, and colored gemstones, are inspired by ideas like fearlessness, which are interpreted through the brand's lens.

Retrouvai has become a favorite of people with good taste and is some of the most exclusive shopping destinations in the world. s. Famous women like Melinda Gates, Kate Bosworth, Gabrielle Union, and Blake Lively have worn the brand, and it has been written about in many magazines. s. 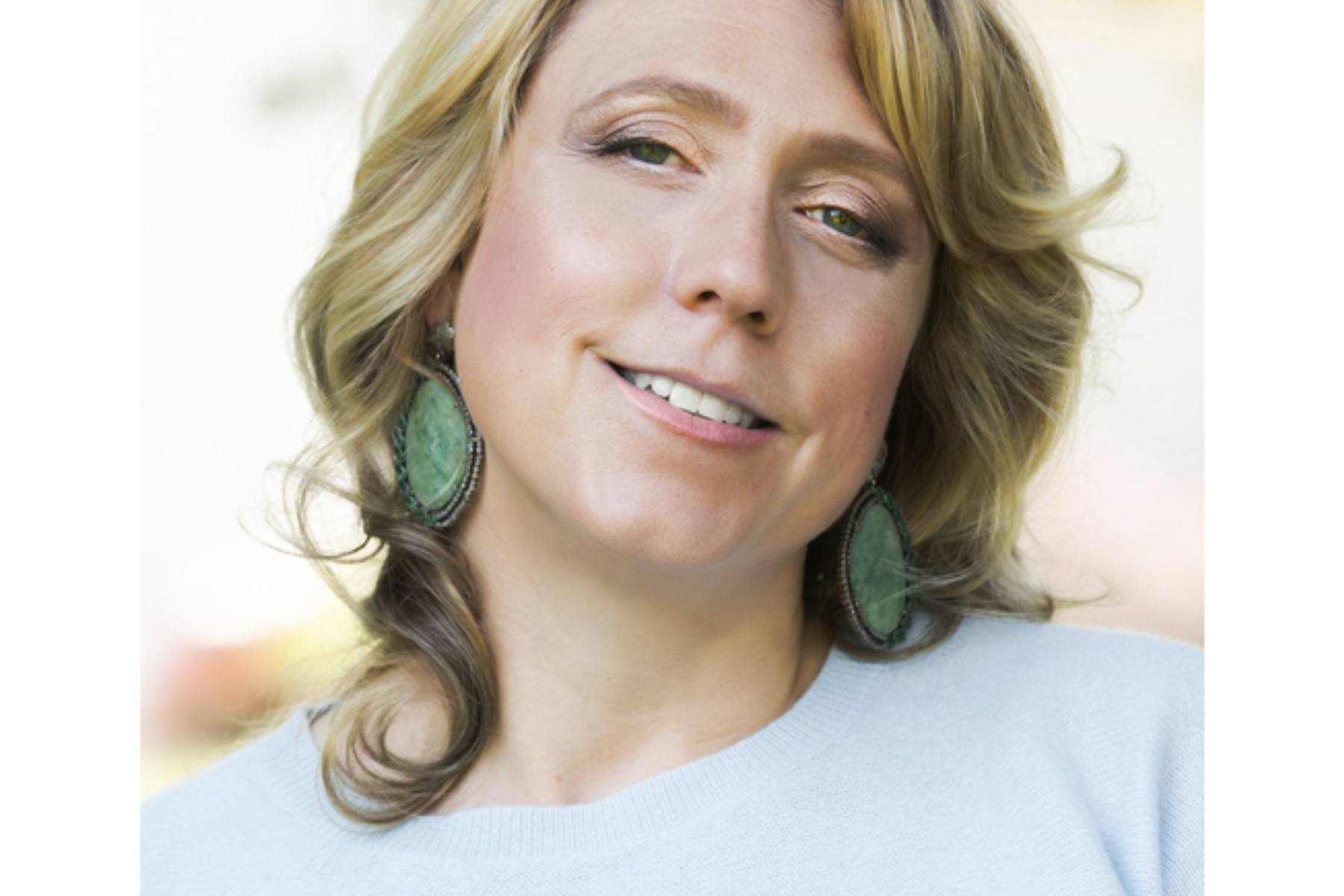 Amy Elliott is a freelance writer who writes about jewelry in particular. She has been an active member of the editorial community for more than 20 years.

She has worked as a senior staff member at The Knot, Brides, and Lucky magazines, and she was the Engagement Rings Expert at About.com.

She now writes about jewelry for a variety of print and online publications, such as JCK (where she is a contributing editor and the founder of the All That Glitters blog), The Zing Report, The New York Times, and 1st Dibs' editorial platforms.

Her name has also been on articles in publications like DuJour, Martha Stewart Weddings, Wynn, Gotham, and Hamptons. 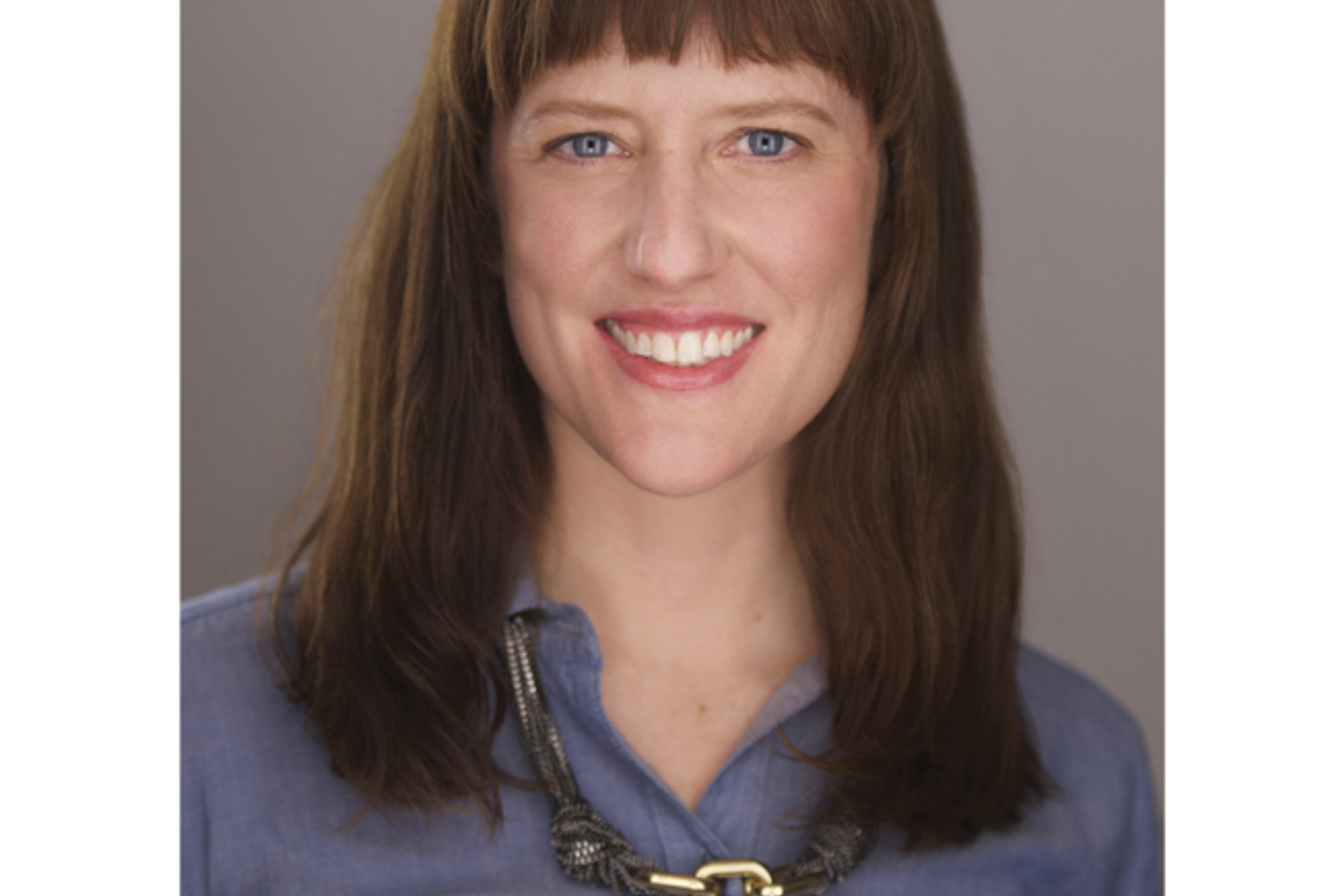 The editor-in-chief of National Jeweler is Michelle Graff. As editor-in-chief, she works with and manages a team of three talented editors who write articles for the magazine's website, NationalJeweler.com, and keep its social media channels up to date.

She also writes for and edits The State of the Majors and the Retailer Hall of Fame, two print issues that have been around for a long time. She also sits on the board of advisors for the Black in Jewelry Coalition and the Mentorship Committee for the Women's Jewelry Association Metro chapter.

She was also a judge for the first "Fairmined 100 Challenge." Michelle has worked for National Jeweler since 2007. At first, she was a senior editor who covered the diamond industry around the world. In 2013, she was promoted to editor-in-chief. 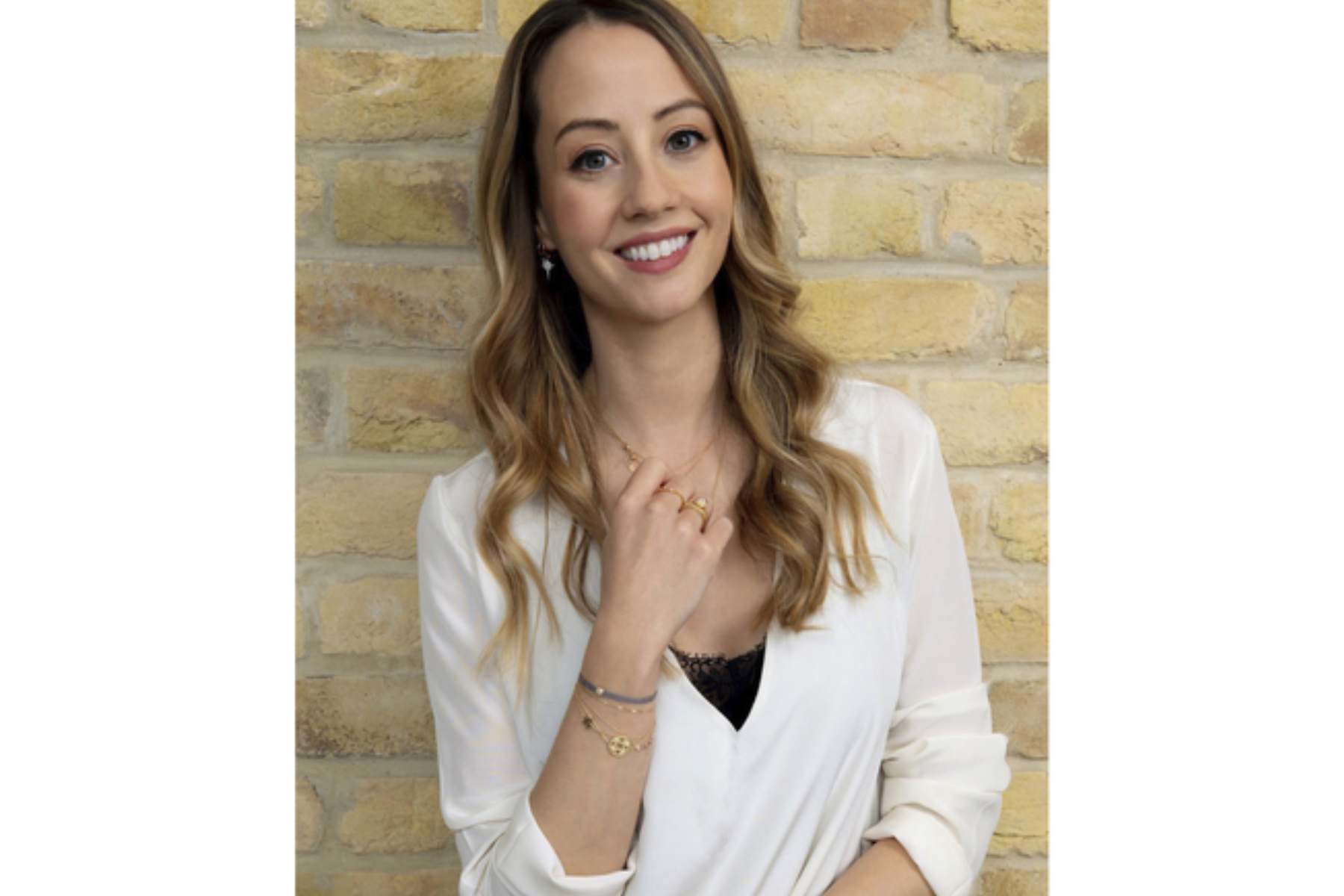 Sarah Royce-Greensill, who used to be the Jewellery & Watches Editor at The Telegraph, has spent the last ten years getting to know the fascinating world of fine jewelry.

She goes all over Europe and the rest of the world to report on the latest fashion trends, talk to famous and up-and-coming designers, and learn from the craftspeople who make their ideas come to life.

Sarah is in charge of the "Showcase" section of Vanity Fair On Jewellery, which is a well-known book about everything new and important in the world of jewelry. Sarah is one of the most prolific jewelry writers in the UK.

She has written for Conde Nast Traveller, Tatler, Country Life, and Harrods Magazine, among other places. The highlights of her career were going on a gem-buying trip with Bulgari's Lucia Silvestri to Sri Lanka and going to the heart of New York's diamond district to write about William Goldberg's recipe for the perfect Ashoka diamond. 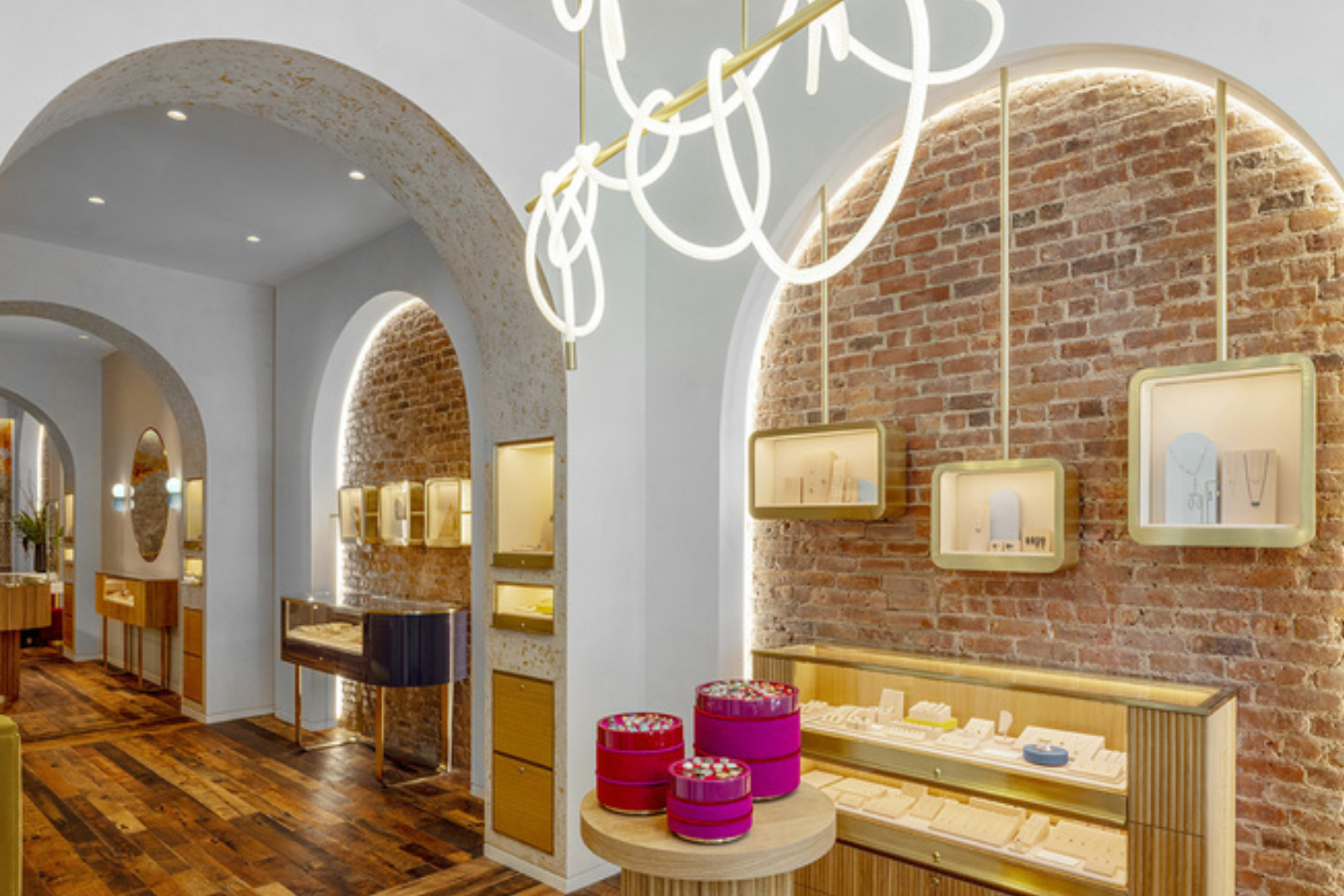 Jennifer Gandia and Christina Gandia Gambale are the co-owners of Greenwich St. Jewelers. They are the second generation of their family to run the store, so they know the power of jewelry.

Together, they have made the company a well-known place for creative jewelry designers and picky customers to shop. The sisters have taken the brand to new heights by putting their strengths together and working hard together.

Since they started working together, Greenwich St. Jewelers has grown by leaps and bounds and won awards. The opening of a new flagship store in New York's TriBeCa neighborhood in 2022 was a new step in their family's history.

Gandia & Gambale are both committed to ethical sourcing, mentoring, and philanthropic causes. They also both support diversity and inclusion in the fine jewelry space. 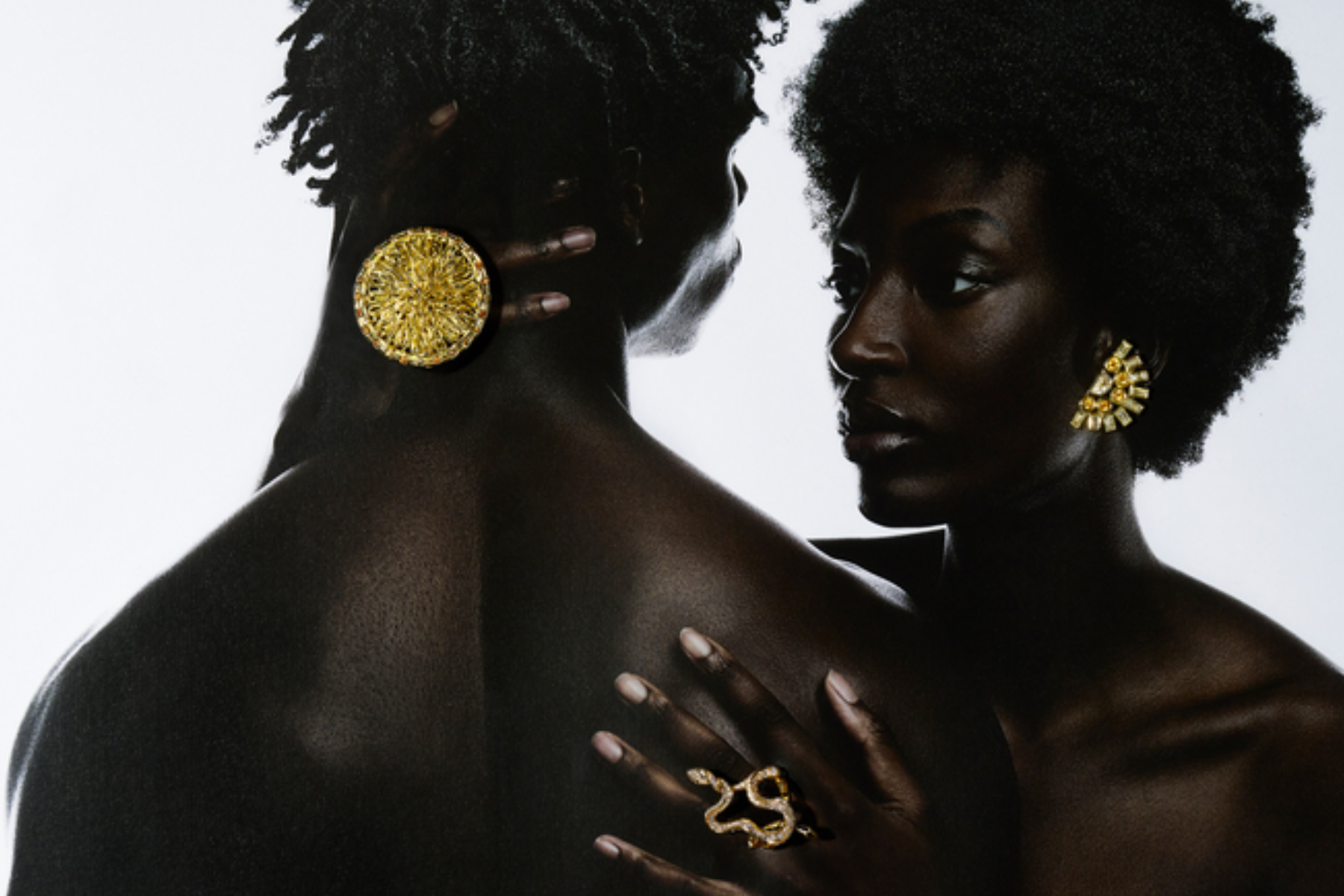 Their trusted global marketplace is backed by an industry-leading technology platform and a network of experts in 40 countries and 70 categories, such as Contemporary Art, Modern and Impressionist Art, Old Masters, Chinese Works of Art, Jewelry, Watches, Wine and Spirits, and Design, as well as collectible cars and real estate.

Sotheby's believes in the power of art and culture to change things and is dedicated to making industries more open, sustainable, and cooperative. 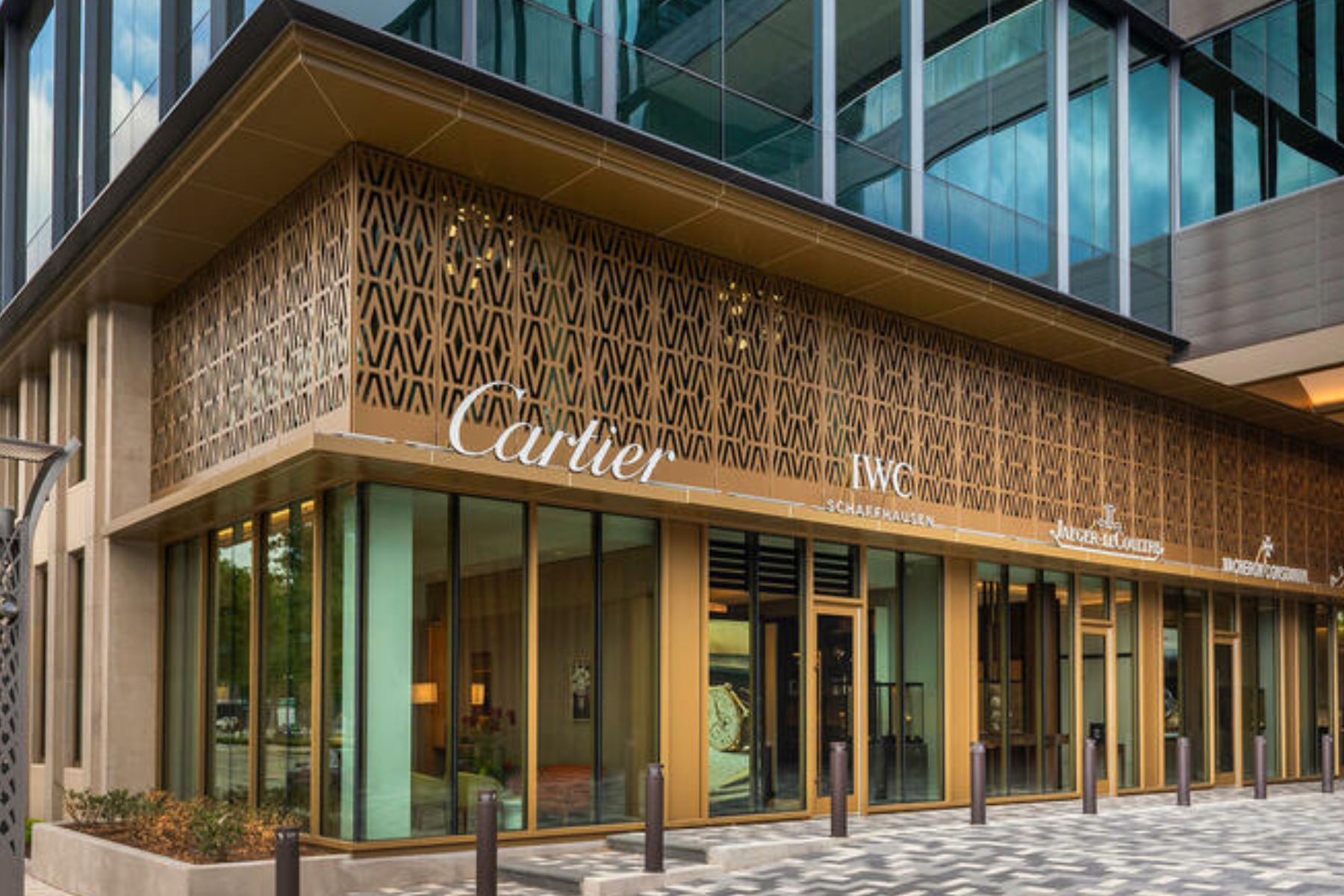 Dror Zadok and his wife, Helene Zadok, started Zadok Jewelers in 1976. Dror is the sixth generation of his family to be a jeweler. Their sons Jonathan, Segev, and Gilad, who are all certified gemologists by the Gemological Institute of America (GIA), made them the seventh generation of Zadoks to work in the business.

They bring a level of knowledge, service, and passion to their work that is unmatched. Zadok Jewelers is an authorized retailer for some of the most popular brands in the watch and jewelry business.

It is known as Houston's most unique place to buy diamonds, designer and brand-name fine jewelry, engagement and wedding rings, and watches from more than 25 well-known brands. Since March 2021, Zadok Jewelers has been at its new location, Post Oak Place, which is 28,000 square feet.

The GEM Award for Lifetime Achievement will also be given to the late Steven Kaiser at the 2023 GEM Awards. Soon, more people will be given awards. Proceeds from the GEM Awards go directly to important programs in the jewelry and watch industry that helps JA reach its goal of increasing consumer trust in jewelry and watches.