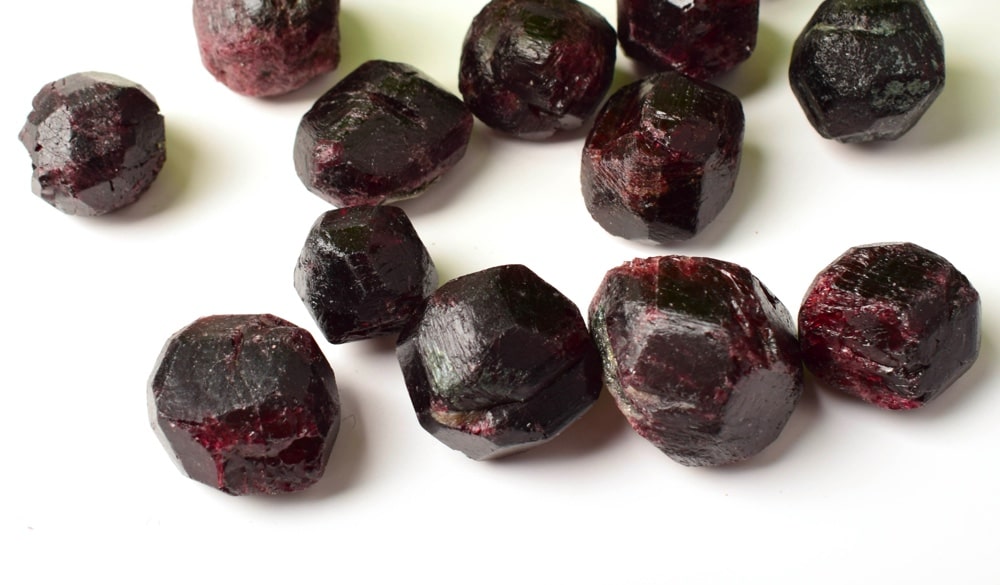 The intense crimson glitter on the pomegranate stone of Garnet quickly moves the soul. This priceless jewel has a long history of being associated with love and creativity. So, what garnet spiritual meaning?

The Garnet is associated with a thousand stories. According to legend, it was the only source of illumination on Noah's Ark, making it a stone imbued with the assurance that an olive branch would be ready at the conclusion of a protracted conflict.

Although garnets can be found in practically any color, red is the colour most frequently associated with them.

Rubies, spinels, and garnets, among other red gemstones that current gemologists categorise into many species and groups, were historically frequently regarded as belonging to the same category of stone.

For instance, numerous ancient sources, and even some 19th-century sources, described jewels known as "carbuncles." Usually, any form of gem with a blood-red cabochon cut was referred to by this name. Only when referring to antique or ancient jewels is this phrase used nowadays.

Numerous purported carbuncles have turned out to be red garnets, particularly almandines, the most prevalent type of garnet.

What is garnet spiritual meaning? It is a gemstone of flaming sensuality that is all fire and light. The grounding energy from your root chakras is one of the key spiritual blessings you receive from the glow of the garnet.

One of the most crucial chakras is our root chakra because it prevents us from feeling as though we are flying in space and keeps us grounded. We may make decisions that are in line with our true well-being when we feel safe.

The sacral chakra, which serves as the foundation for all of our creativity and even our sexual lives, is another area where garnet works effectively. The Garnet is a powerful amulet if you want to activate your chi and allow light to flow through your chakras.

What Are The Healing Properties Of Garnet?

Before a loved one leaves on a trip, garnet stones are frequently given as gifts. It is a prevalent belief that garnets can help mend shattered love relationships. The heart and blood-stimulating properties of garnets are also believed to help cure despair and melancholy.

What Chakra Is Garnet?

The Garnet unites the wearer with wealth and success, safety, and relationships on a number of levels since it resonates with the second chakra, also known as the sacral chakra.

What Is The Meaning Of A Garnet?

As a "commitment stone," garnet is a symbol of tenacity and commitment and represents strength and perseverance. The garnet was revered as a sign of life by the ancient Egyptians. In the Middle Ages, the stone was employed for a number of medical purposes.

A flaming crimson crystal of passion, garnet is. It is regarded as one of the earliest crystals ever used for psychic protection.

Because the crystal resembles the seeds of this wonderful fruit, the word "pomegranate" is derived from the Latin "granatum," which means "pomegranate."

Garnet is known by various other names, though. The term "carbuncles" is most frequently used to refer to "fire coals," since the crystal constantly appears to be burning. This offers a hint as to its mystical significance.

According to garnet spiritual meaning, garnet represents the qualities of fire, passion, creativity, and strength.