Garnet Birthstone - A Red Stone With Many Beneficial Properties For You 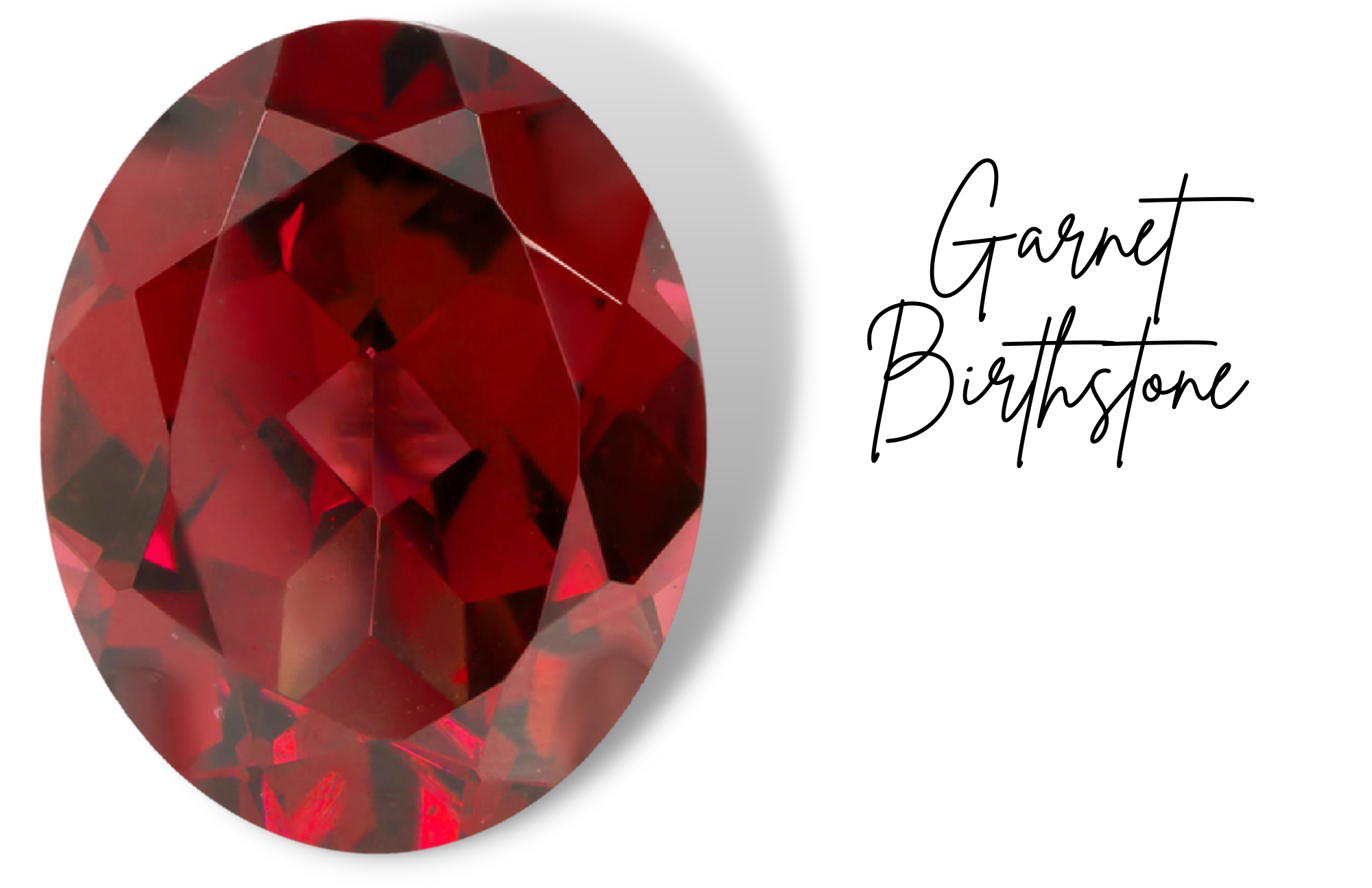 People born in January are privileged to have garnet as their birthstone because it is a beautiful and versatile stone.

A garnet birthstone is usually red, but garnets also come in orange, yellow, purple, and bright green, among many other beautiful colors. 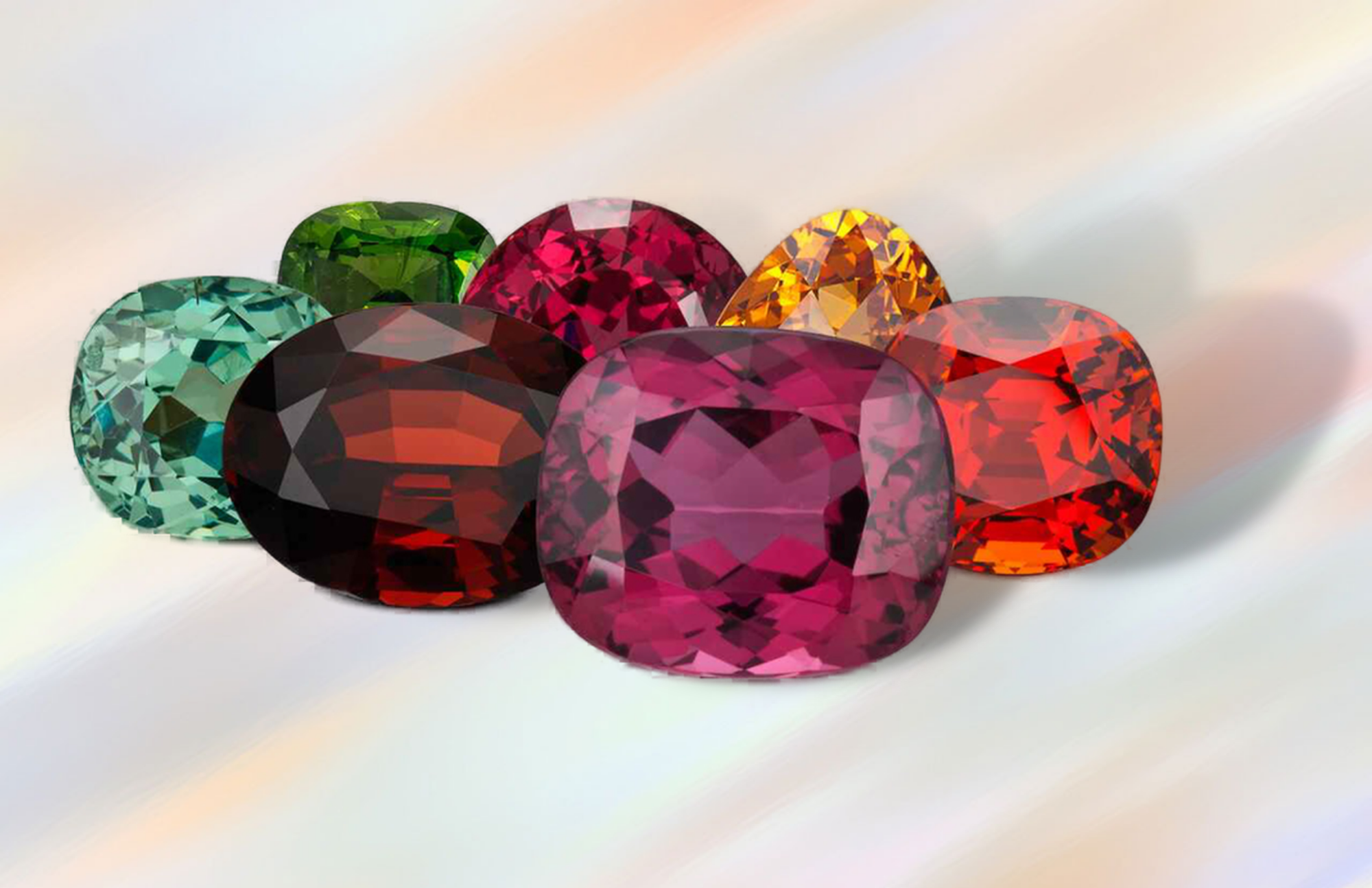 Different colors and shapes of garnet

All About Garnet Stone

As we've said already, Garnets are a group of minerals that are usually red. There are a lot of them in places like India and Brazil.

This stone is one of the most popular types of gemstones. They come in many colors and can be made into jewelry or other things.

The Latin word "granatum", which means "pomegranate fruit", is where the word "garnet" comes from.

Garnets have been used as gems for hundreds of years, but no one really knows when they were first worn as jewelry. They are one of the few gemstones that can be found in different colors, which might explain why they are so popular in jewelry.

It is a birthstone for January.

Why Is Garnet January Birthstone?

Garnet is a gemstone that comes in many different colors. Most people think of crimson garnet, but pink, green, orange, and purple ones are becoming more popular.

In the Middle Ages, people thought that January's birthstone could protect its wearer from poisons, wounds, and bad dreams.

They also thought it could cure depression because it will produce love. 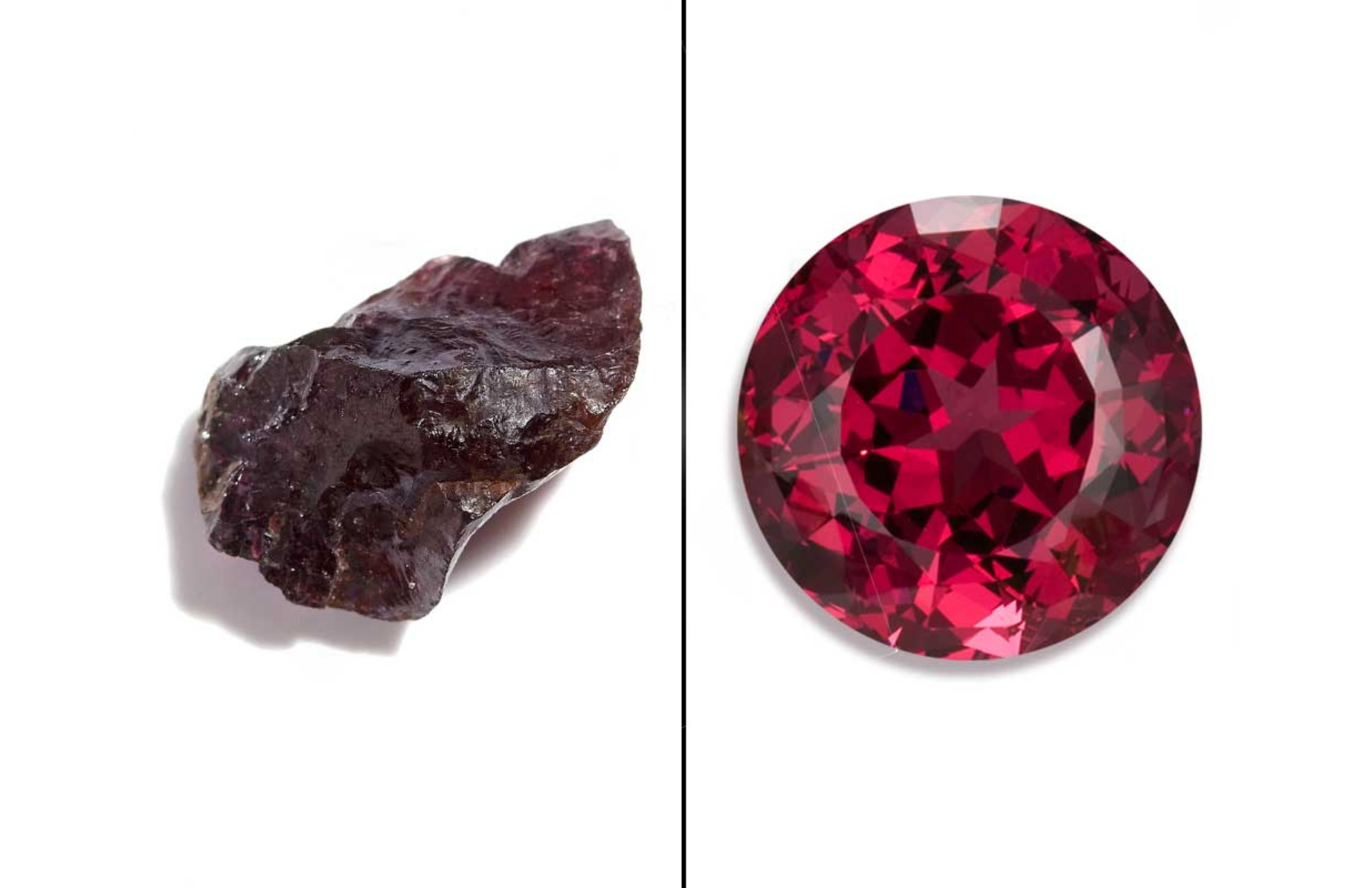 A garnet gemstone and a garnet on a rock form

Garnets can be found everywhere, but most of them are mined in Africa, Brazil, India, and Madagascar. Igneous rocks, like granite and basalt, contain these minerals. They are also found in rocks that have changed, like schist and gneiss.

The garnet means "faithfulness," and because of that, it was often used to show eternal love or loyalty.

During the Bronze Age, garnets were one of the first gemstones that people mined because they were easy to find and take out of the rocks around them.

In Greek mythology, pomegranates were often given as gifts of passion and were linked to love that lasts forever.

What Does The Garnet Birthstone Represent?

Garnet stone is a stone that is thought to be a sign of love and friendship. People also think that it stands for the healing of hurts between lovers.

In short, it was being used and it is still used for some other special reason. It is one of the rarest and most exclusive birthstones.

People also think that these stones can heal, so they wear them as jewelry or keep them in their pockets for the best of luck.

As we already know, Garnet gemstones have been valued since ancient times, not just for how they look but also for what they can do for people who use them.

The benefit of using Garnet is that it cleans your body's energies by getting rid of toxins and bringing your body back to its refreshed and energized state.

Red Garnet can clean your body, mind, and spirit because of the way its crystals are made.

It can make sure that you are always working at your best.

Garnet is a stone you need if you want to find or regain your balance, feel safe, feel loved, and protected, and get in touch with your inner strength.

The Hardness Of Garnet

When you search about the structure of Garnet stone, you will see that it is made up of different chemicals, the atomic bonds in some species are stronger than in others.

Because of this, the hardness of this group of minerals ranges from about 6.0 to 7.5 on the Mohs scale.

Abrasives are often made out of harder species, such as almandine.

But still, it is prone to breaking and scratch if you don't protect them. If you have a piece of jewelry made of Garnet stone, what should you do?

Jewelry is a very personal thing, and we want you to be sure that you're taking good care of it. Here are some helpful tips and tricks:

The most important thing to do is use water and a bar of mild soap when cleaning it on a soft cloth, then rinse with water. Don't use harsh chemicals or things that will scratch the surface.

Is Garnet A Rare Birthstone?

Some of the rarest gems are tsavorite garnets. A piece of jewelry with this beautiful stone as the January birthstone will cost you a bit. It is beautiful and hard to find, so if you want unique garnet birthstone jewelry, it may be worth the extra cost.

Because garnet stones come in so many different colors, their prices can be very different. They can cost anywhere from about $500 per carat if they have flaws to about $7,000 per carat if they are big and clean. Demantoid is the most valuable garnet, and its price is near the top of the range.

Who Can Wear Garnet?

Garnet can be worn by people born in the "lagnas" of Edavam, Mithunam, Kanni, Thulam, Makaram, and Kumbham. According to numerology, the stone can also be worn if your birthday is on the 4, 13, 22, or 31. Garnet can help a person get back to a normal life after the "Rahu" phase.

Garnet has been used and been a popular stone for making jewelry for hundreds of years. People say that the garnet is a sign of love, friendship, and loyalty. Garnets are usually red, but it can be also found in many different colors. Because they come in so many different colors and shades, it's easy to find the right gift for yourself as your birthstone or gift for others.